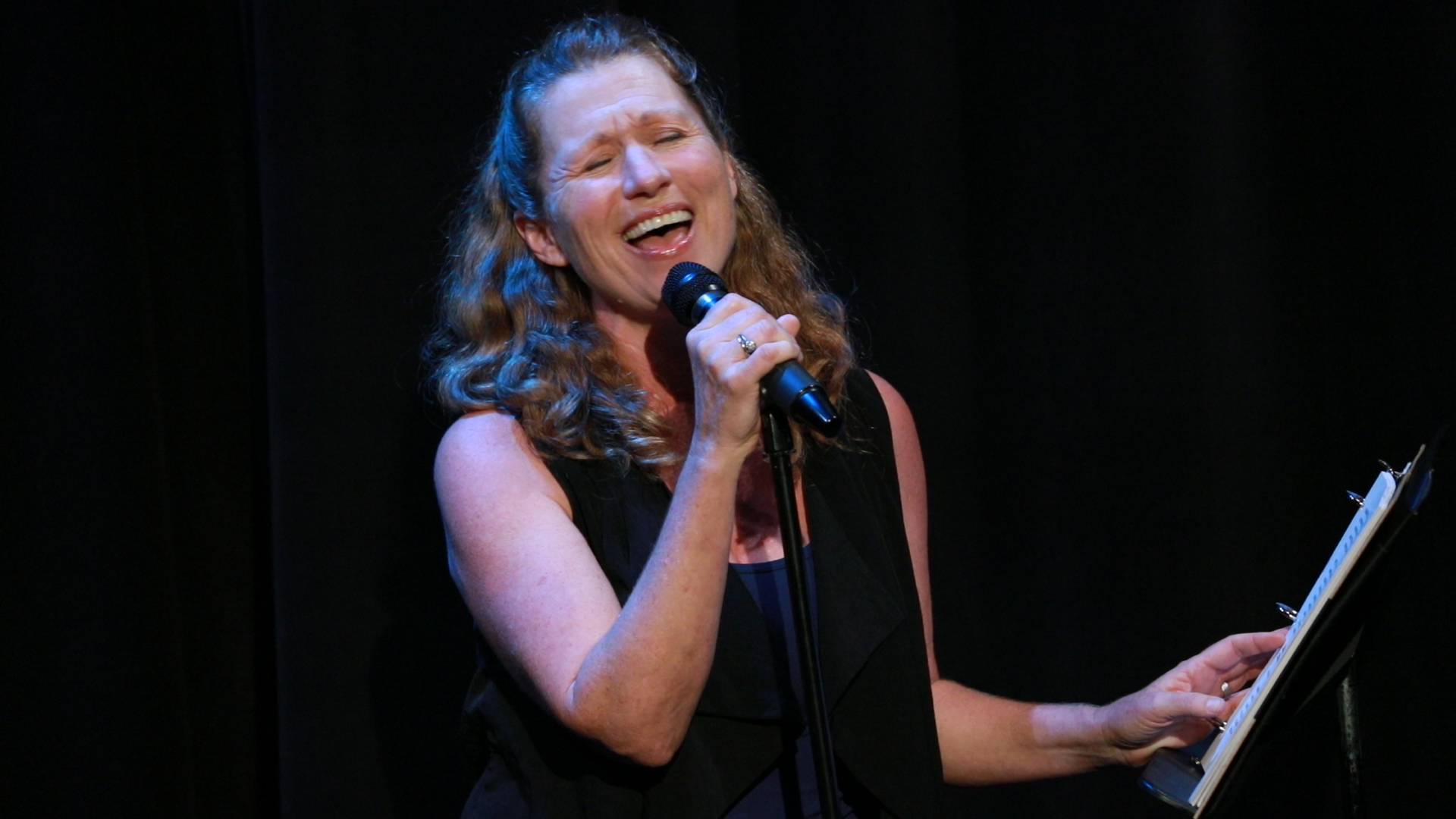 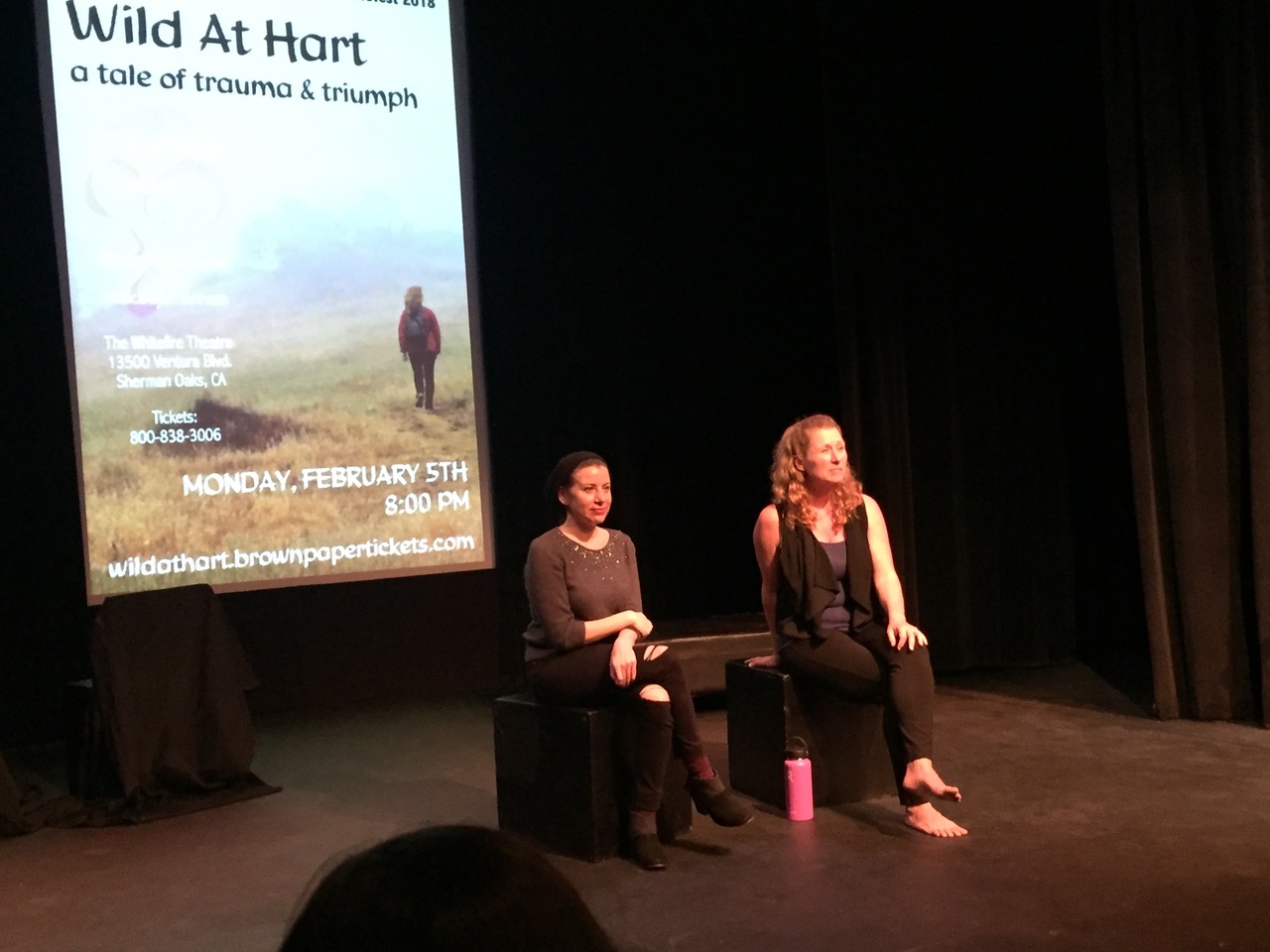 Artists and longtime friends Kit Plumridge and Alon Goldsmith came together for the coast-themed show at the Santa Monica Mountains Visitor Center through synchronicity. 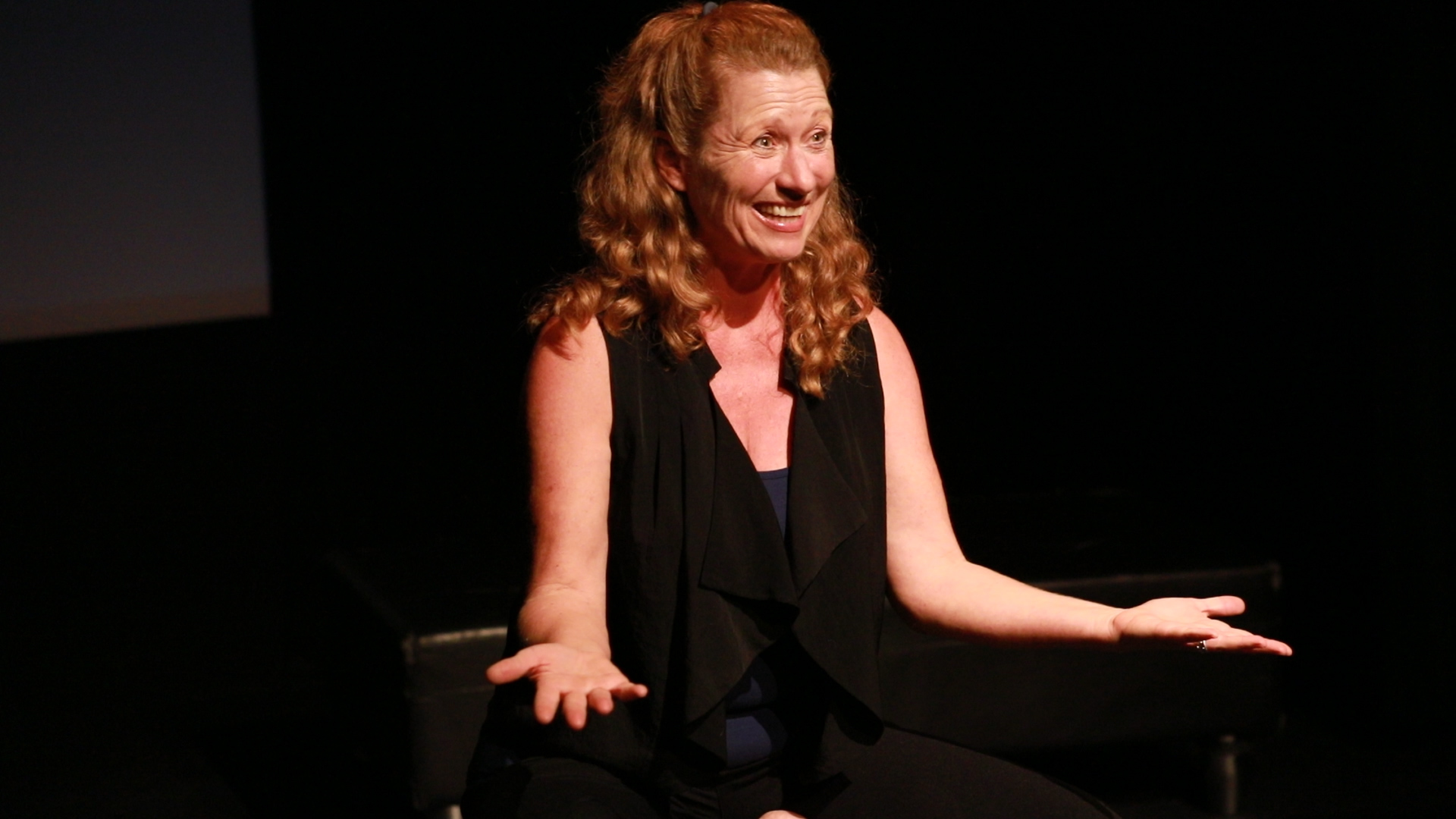 We love Kamakshi Hart. A beautiful woman with a pure soul, who, as a spiritual psychologist, gives back to the community of Topanga with her hands and with her heart.

Her one-woman show at the Whitefire Theatre on February 5, was brave, heartbreaking and shocking to witness her telling of years of horrific sexual abuse by her grandfather, compounded by physical and emotional abuse at the hands of her mother.

Thus, began the journey of Wild at Hart: A Tale of Trauma and Triumph, written and performed by Kamakshi Hart and directed and developed with Jessica Lynn Johnson as part of Solofest 2018 at the Whitefire Theatre in Sherman Oaks.

In Wild at Heart, Kamakshi took us on a solid two-hour journey with highly emotional episodes that told her story from devastating pain to soul-saving transformation.

She shares years of being lost and searching for love in all the wrong places, failed marriages and the healing she received at an Ashram that bestowed upon her a Sanskrit name, Kamakshi, which means “love struck.”

Early in the play, Kamakshi, born Diane, runs and hides in a closet at age 6 and reveals to us that she had been sexually abused beginning at age 5, “a common age of the start of abuse,” she said. Unfortunately, she had also embraced the ugly specter of shame and turned it on herself. As a result, “Shame” plays a big role in her life, haunting her throughout her childhood and young adulthood with a devastating inner voice she must ultimately vanquish.

Kamakshi’s play begins with a healing song (she has a beautiful voice) and we open upon her teaching at her thriving Yoga practice in Washington, D.C., where she could have been set for life; yet something was missing.

At age 39, something deep within her stirred. She gave up her yoga practice to move to California and attend the University of Santa Monica where she attained a Master’s degree in Spiritual Psychology.

Kamakshi had found her calling. She serendipitously landed among the oaks of Topanga where she set up her practice among the community, where she now takes others through their journey to spiritual healing and transformation.

According to her website, Kamakshi mentors moms and guides girls with her coursework for “Moms Raising Girls.” She also counsels individuals, couples, families, groups, and professionals through her leading-edge curriculum: “A Brand New View.”

Especially in this time of #METOO and #TIMESUP, Wild at Hart is remarkably timely and an outstanding way to speak up and kill the demons that haunt us.

“I was deeply moved by the many feelings shared and I know there were a lot of tears shed, especially for those with life experiences that resonated with mine,” Kamakshi wrote after the performance. “I am heartened in my vision to continue performing this piece, as well as exploring ways to develop workshops to create real healing opportunities for those who come to hear my stories. Theatre historically can provide a cathartic healing, yet for that healing to really take root, it is important to have the tools to be able to process the emotions that surface.”

In her finale, standing tall and proud, Kamakshi sang “Ave Maria” to a standing ovation from a full house; we were one with her and she was one with us.

If a restaging of the show is in the future, it would benefit from tighter editing and perhaps told chronologically to allow the audience to absorb the horror and subsequent healing transformation she achieved. Even so, throughout her play, Kamakshi was healing and growing before our eyes; she was luminous.

As to fulfilling her heartfelt desire to write and perform a one-woman show for a live audience, Kamakshi has triumphed and we are the better for it.

Standup for Drummers is Decidedly Off-beat

Storytelling with Light and Time