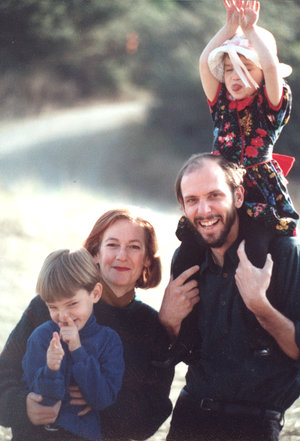 Anita, Jim and their two children, Lauren and Ryan. Photos courtesy of the Stephens family 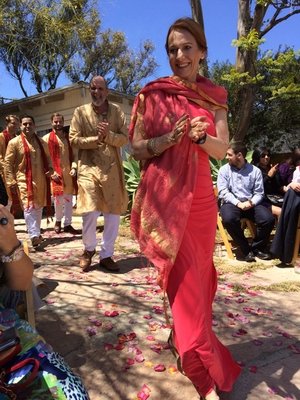 Anita Lee Stephens, a long-time Topanga artist, activist and writer who taught English at Taft and Palisades High School, passed away on April 6, 2017.

She was born in Los Angeles in 1950, a fourth-generation Californian, and so, from the moment of her birth, was a rarity. Her ancestors arrived in California from Wisconsin by covered wagon. She was the eldest of four children and her mother taught elementary school. She is survived by her brother, Richard Stephens, and her sister, Claire Kleffel. Her younger brother, John, passed away in 2011.

Anita married Jim Foster in May 1983. They settled in Topanga and had two children, Lauren and Ryan. Anita was president of Lauren’s Co-Op Preschool and served on the Booster Club at Topanga Elementary while writing for the local newspaper, the Topanga Messenger.

Anita believed in the power of education. When she was in her forties, she returned to UCLA to complete her BA. She began teaching English at Taft High School shortly after and then returned to UCLA to get her MA when she was in her fifties. Anita joined the English Department at Palisades Charter High School where she taught English until three weeks before her death.

A memorial service will be held on Sunday, May 7, at Rancho del Cielo, Malibu, CA from 11 a.m.–2 p.m. Parking is tight, please carpool and follow the directions. (Do not try to Mapquest or Googlemap or you will be sent over three miles of the worst dirt roads where cell service is uneven.)

For directions to the memorial service and more about her life and art: https://www.anitaleestephens.com.