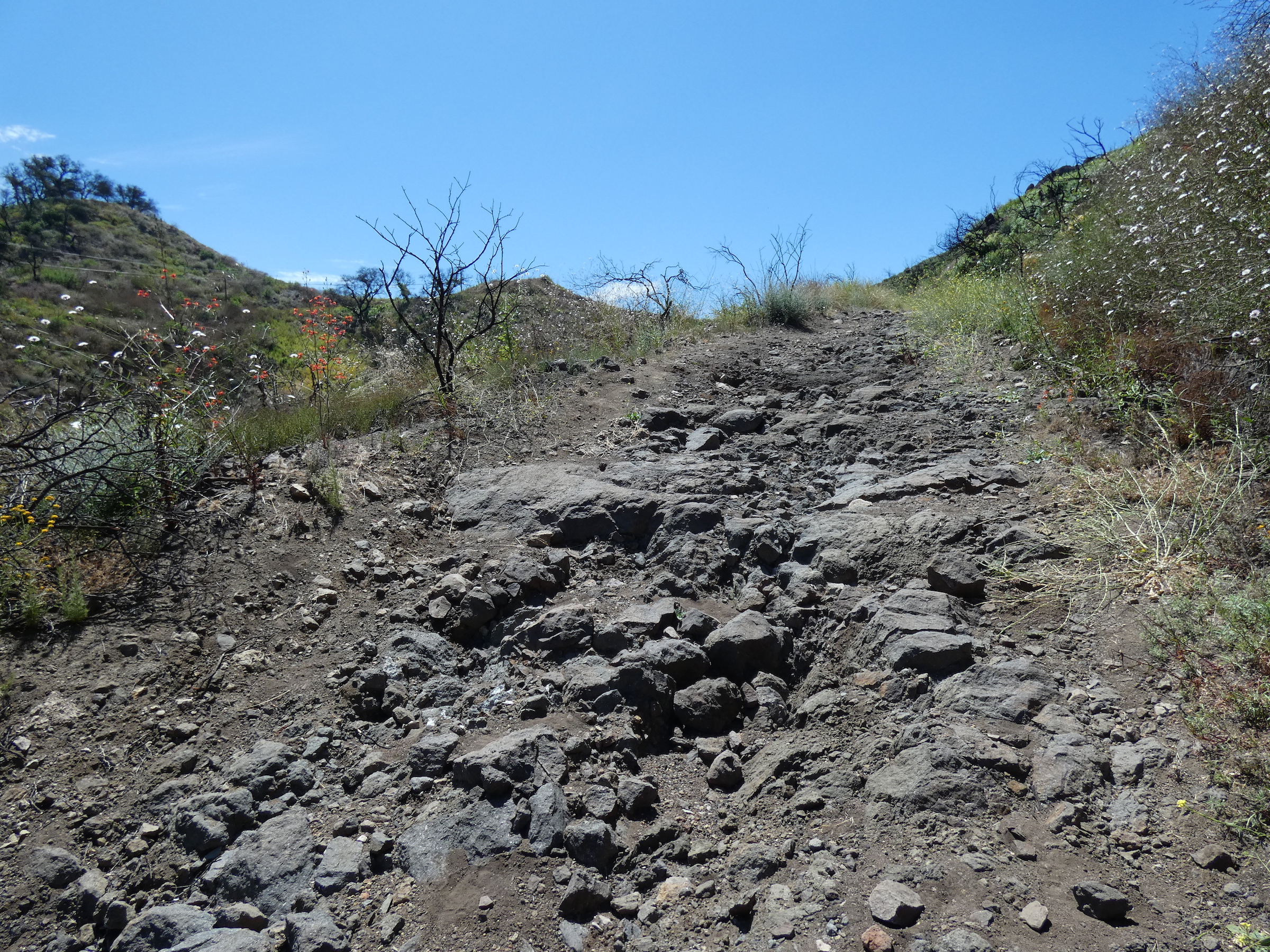 The trail is still rough in some parts of the Backbone Trail, but the route is open. Photos by Suzanne Guldimann 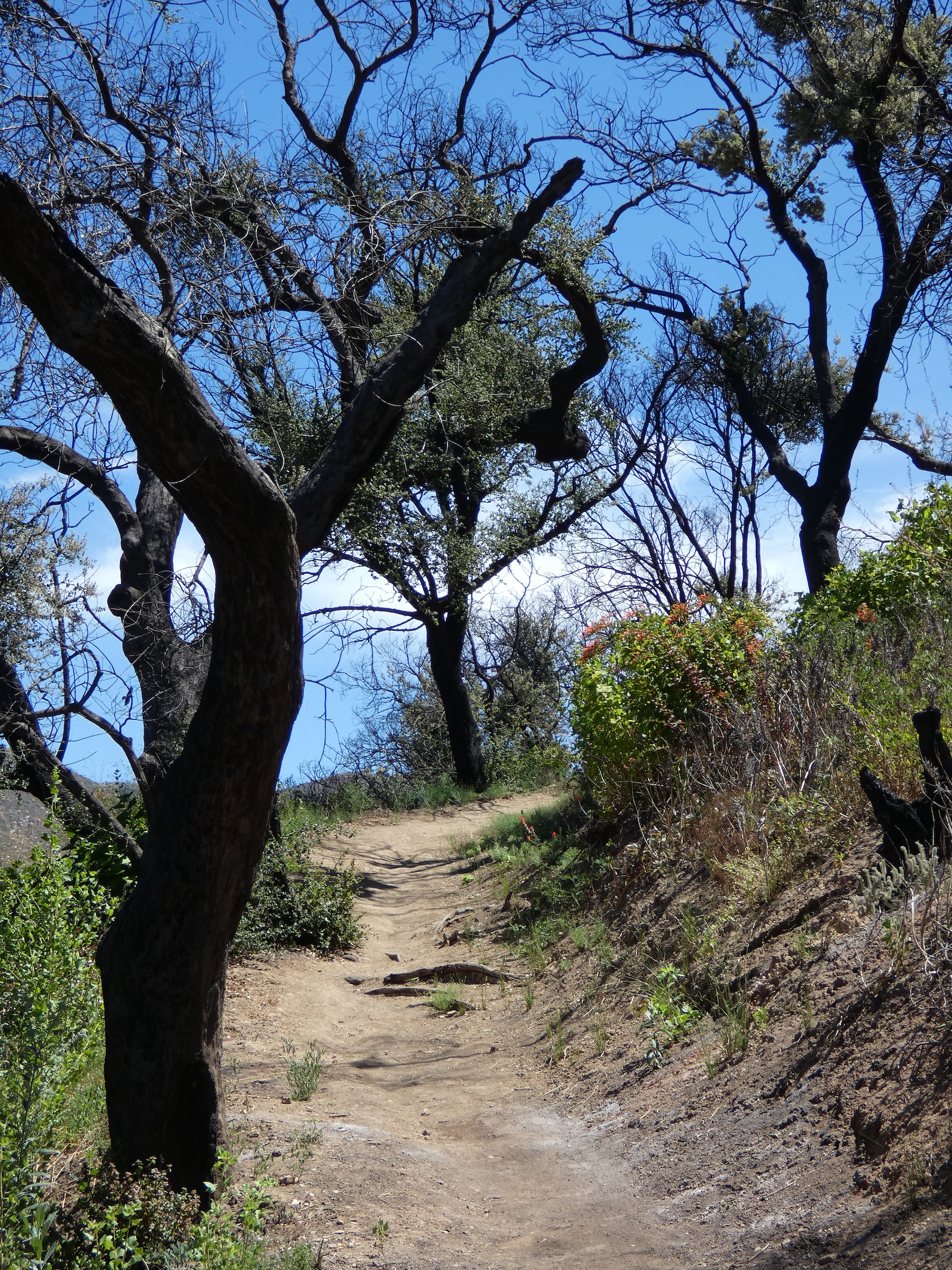 These burned oaks along the newly reopened stretch of the trail are beginning to recover from the fire. Others had to be removed. 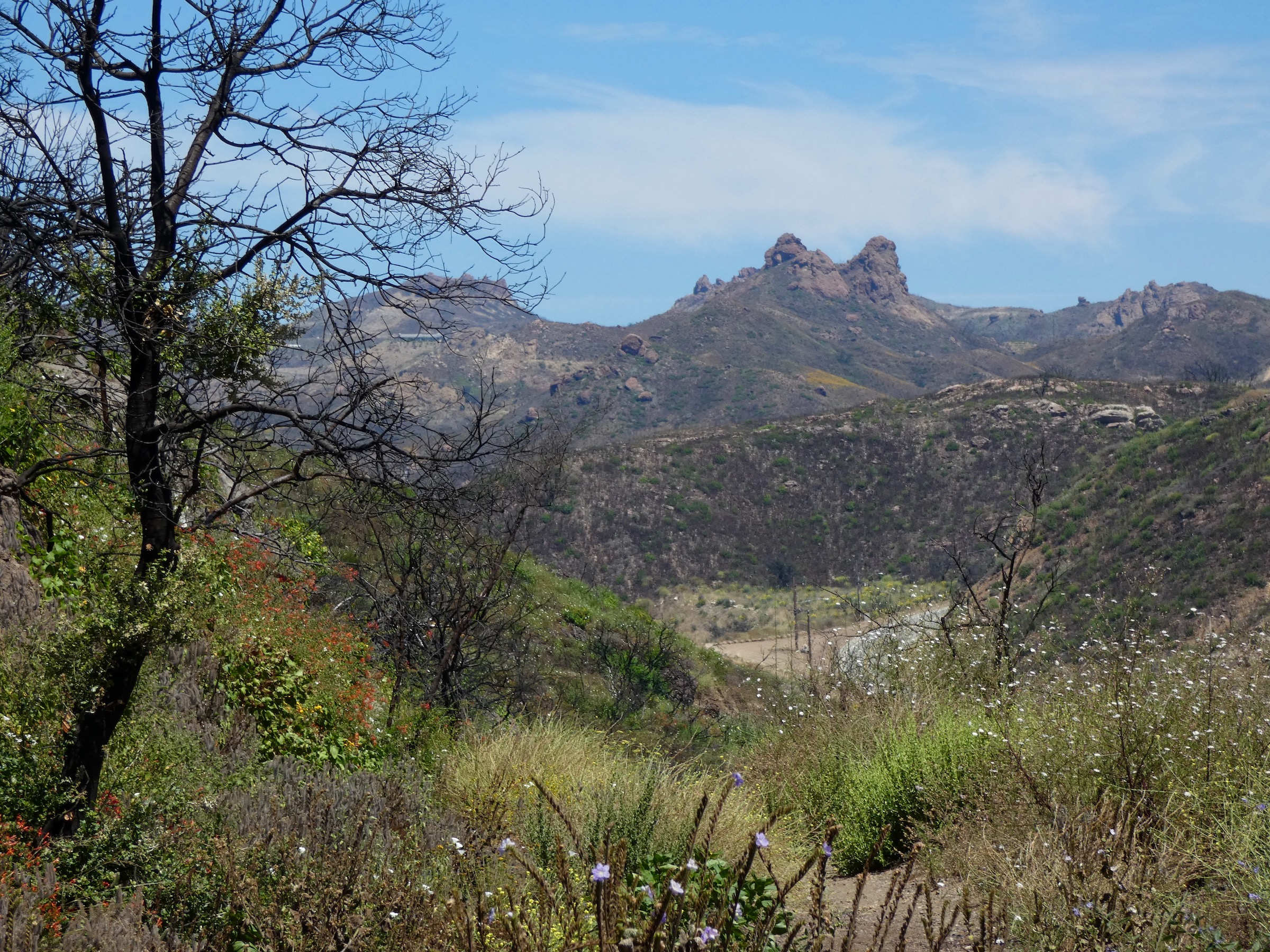 The Kanan to Corral segment of the trail offers spectacular views. 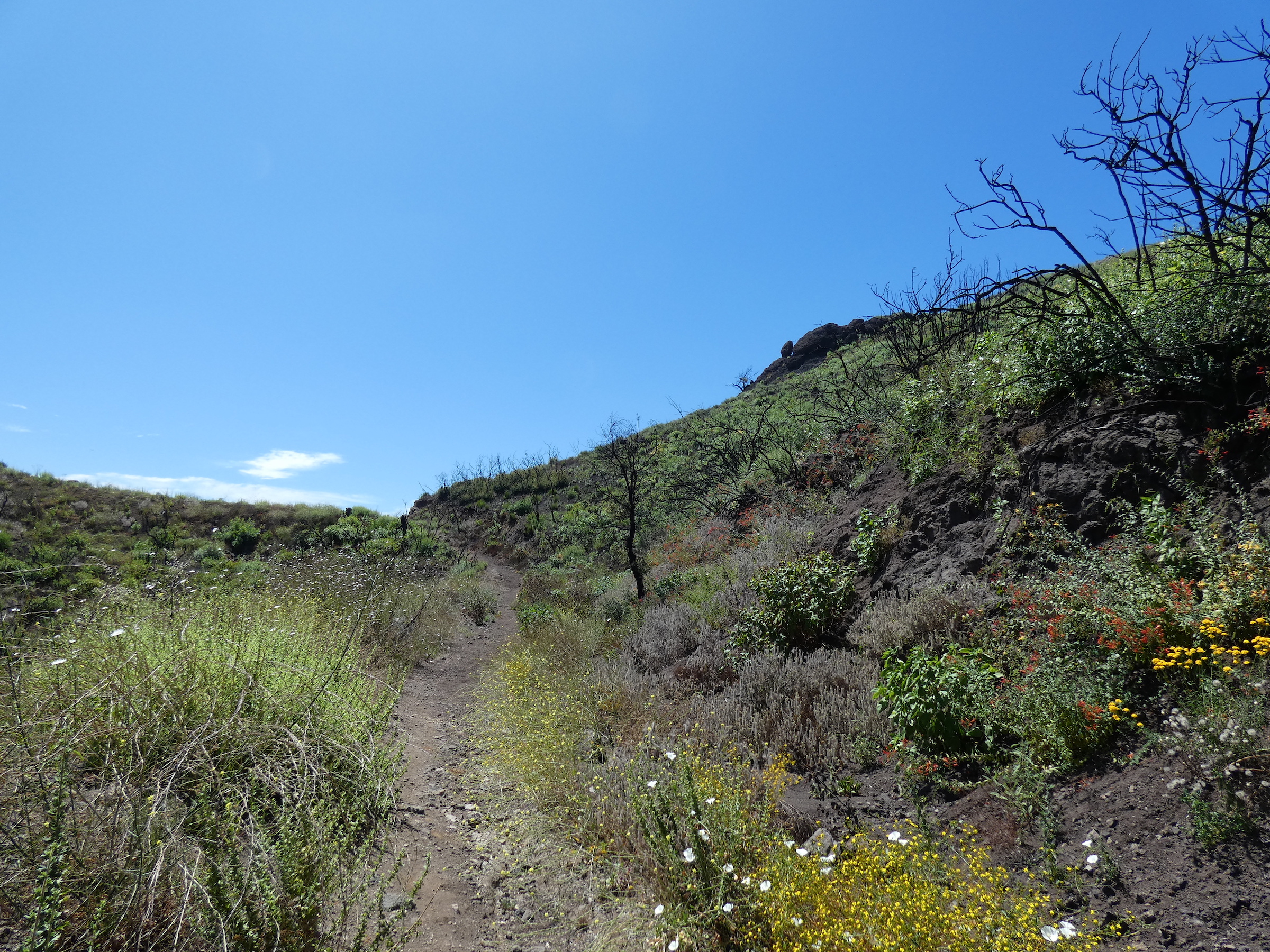 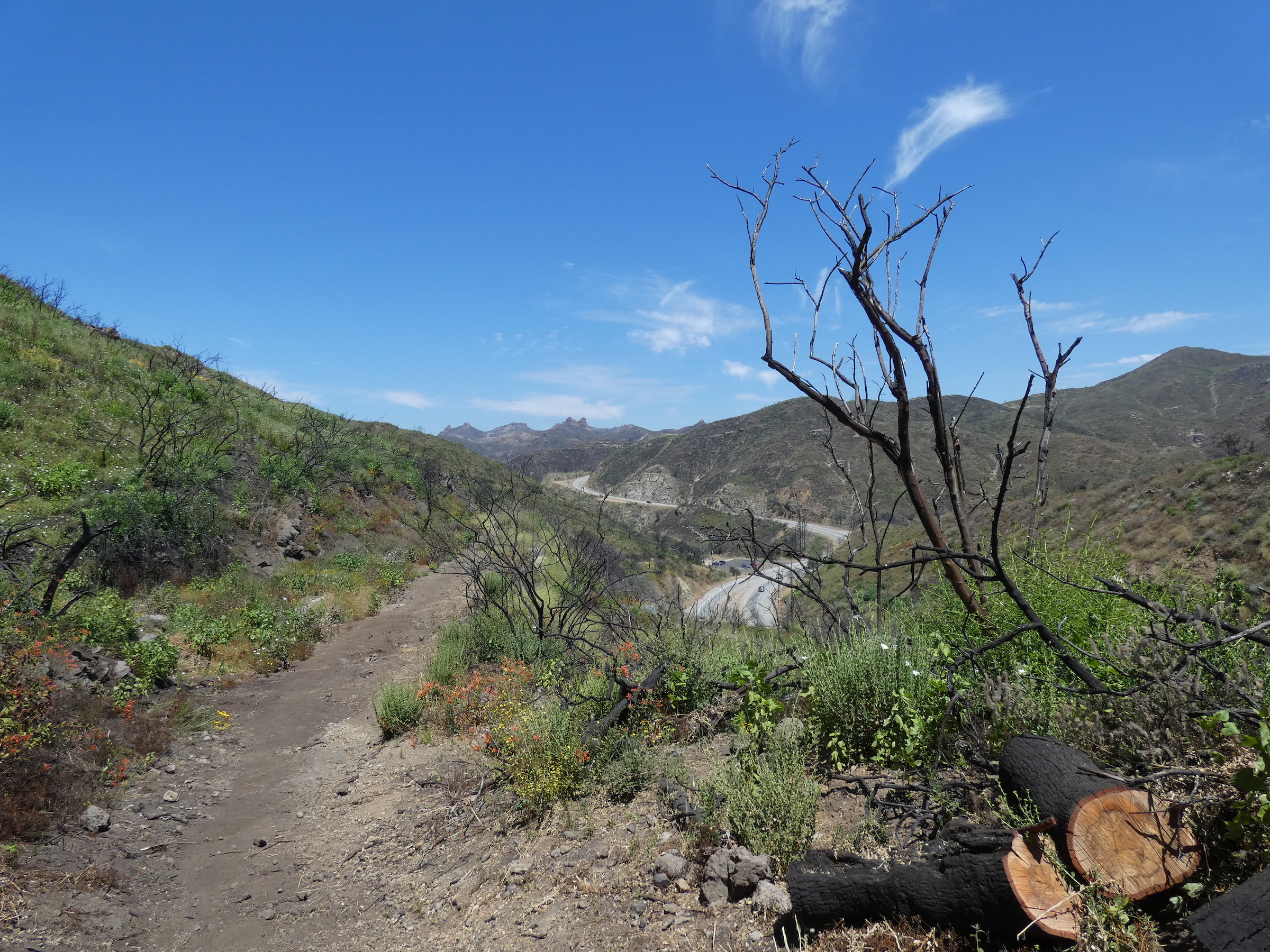 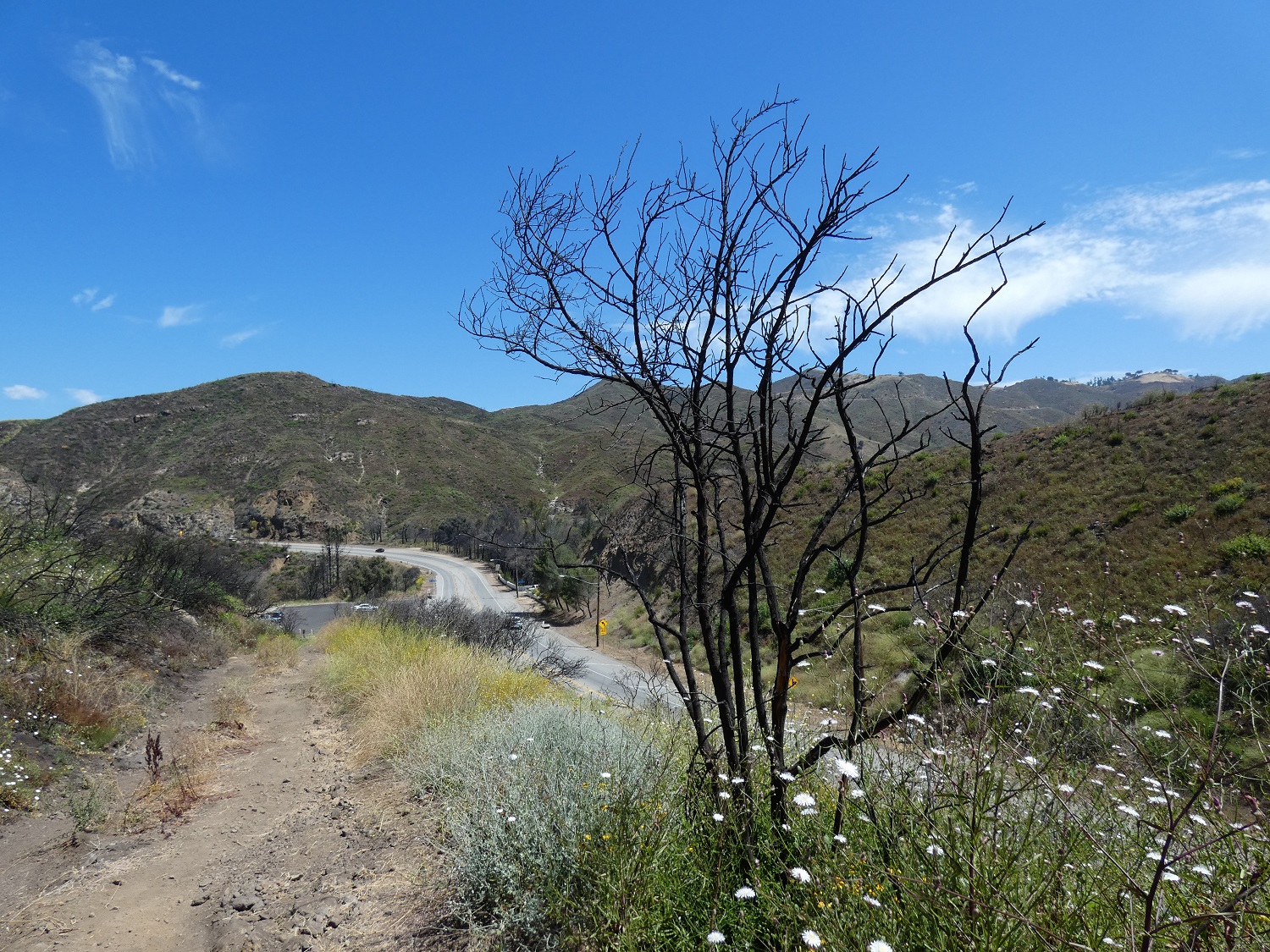 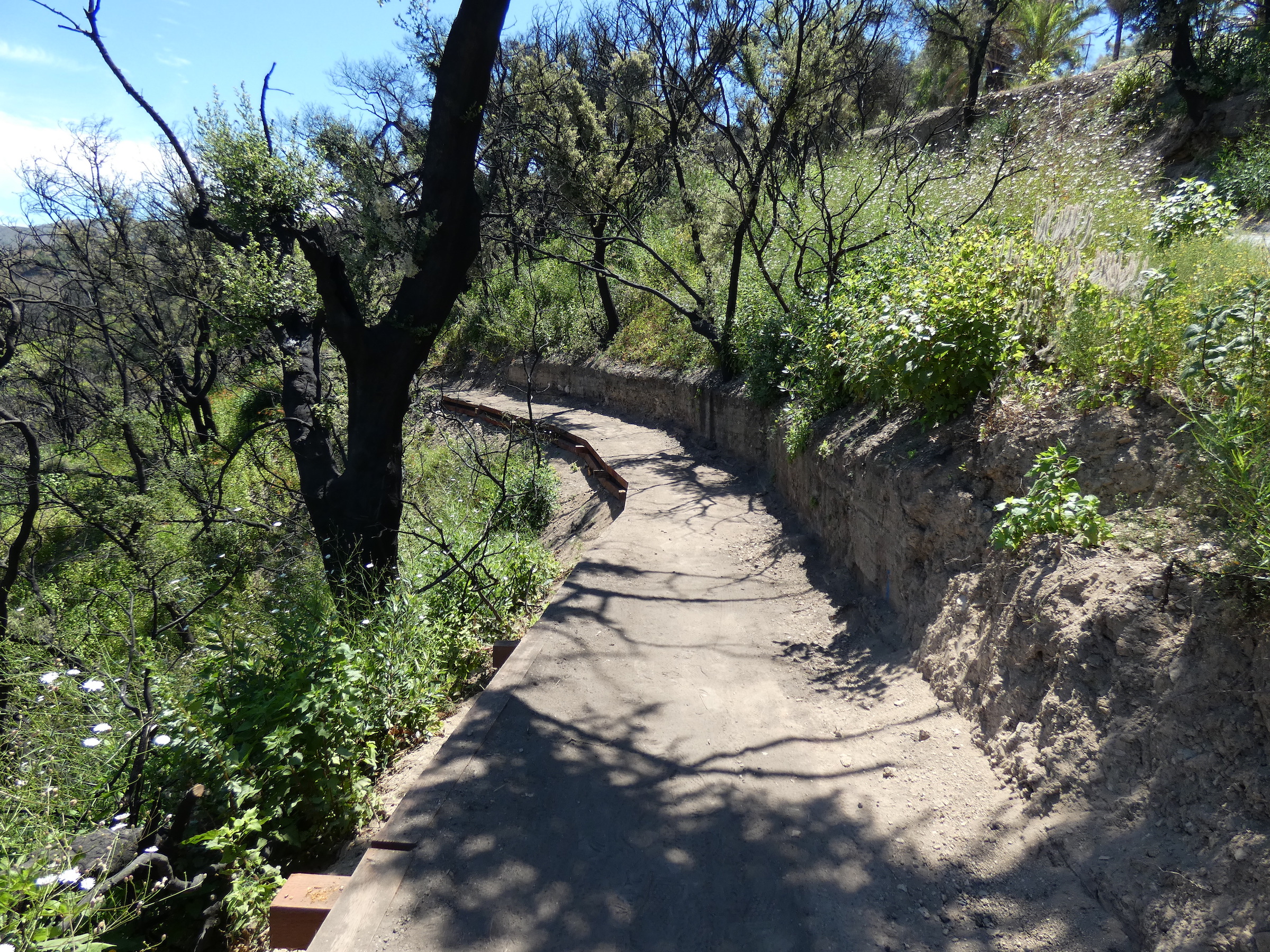 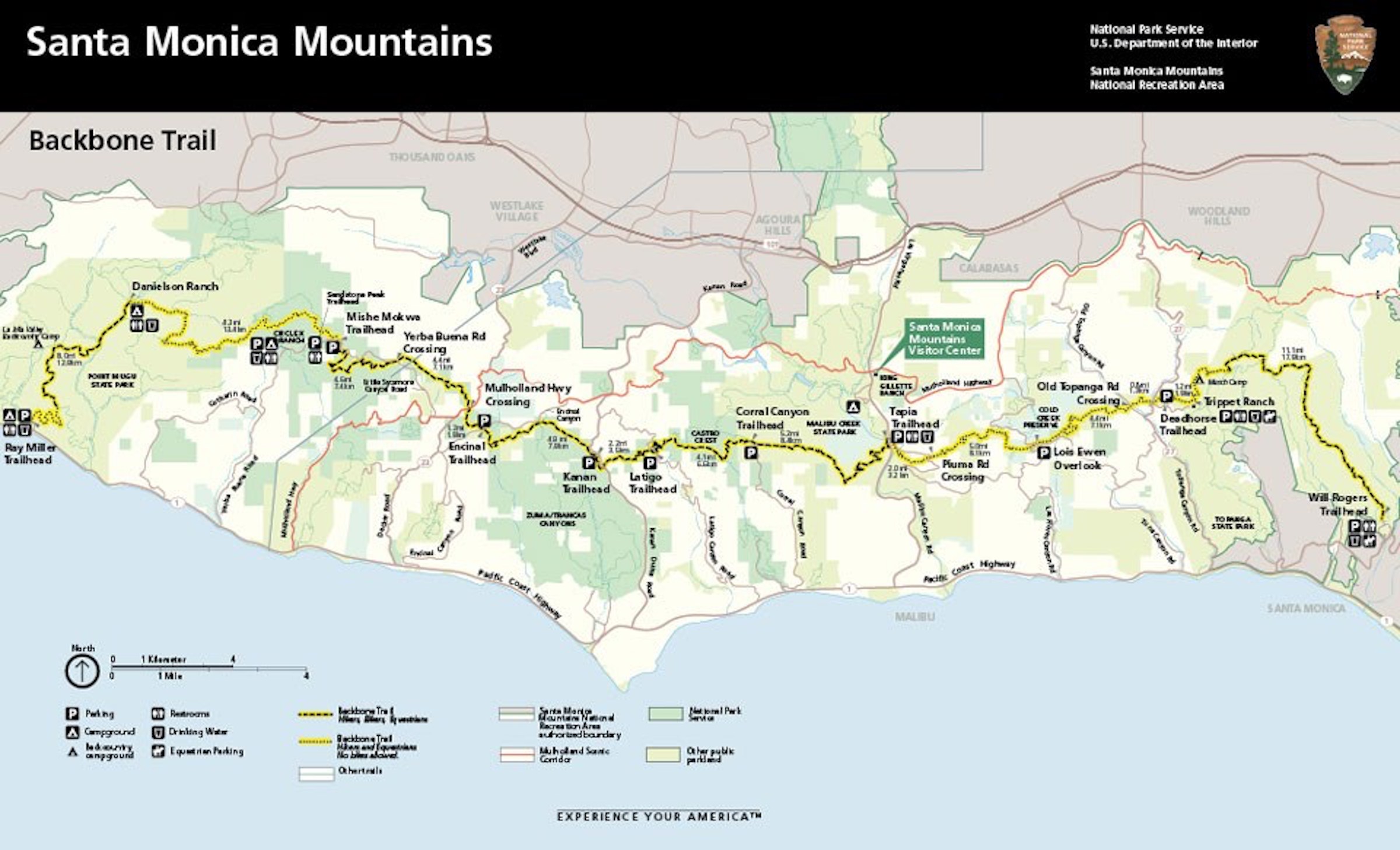 Eight months after the largest fire to ever hit Santa Monica Mountains National Recreation Area (SMMNRA), all 67 miles of the park’s most famous trail have finally reopened to the public. The final six miles of the Backbone Trail that had remained closed since the November fire re-opened on Thursday.

“We know that the Backbone Trail is one of the most beloved trail experiences in the Los Angeles area and we are delighted to re-open the full network to the public,” said David Szymanski, superintendent of SMMNRA. “The weather is shaping up to be pretty ideal for trail enthusiasts to come check it out.”

Visitors are asked to stay on trails and be aware that numerous safety hazards still exist. Hikers going off trail can cause more damage to newly restored trails, trample new plants, and prevent the re-growth of fragile vegetation.

The Backbone Trail, completed in 2016 after a 40-year effort to acquire the patchwork of land parcels, traverses one of Southern California’s largest remaining tracts of undeveloped landscape, a well-preserved mix of chaparral-covered hillsides, oak woodlands, and rocky outcrop spires. The trail stretches from the city of Los Angeles to Ventura County and crosses California State Parks, Mountains Recreation and Conservation Authority open space, and National Park Service lands. Plan your hike at nps.gov/samo/planyourvisit/backbonetrail.htm.

The Woolsey Fire in November 2018 burned 88 percent of all NPS land in the SMMNRA, including 112 miles of trails and more than 30 structures. With the re-opening of the Backbone Trail, only small park sites at Arroyo Sequit, Peter Strauss Ranch, and Rocky Oaks remain closed. The park is currently pursuing a multi-year rebuilding strategy, with facilities at Paramount Ranch as the top priority.

Nearly all NPS trails and parks are now open again, except for Peter Strauss Ranch, Rocky Oaks, and Arroyo Sequit.

Santa Monica Mountains National Recreation Area (SMMNRA) is the largest urban national park in the country, encompassing more than 150,000 acres of mountains and coastline in Ventura and Los Angeles counties. A unit of the National Park Service, it comprises a seamless network of local, state and federal parks interwoven with private lands and communities. As one of only five Mediterranean ecosystems in the world, SMMNRA preserves the rich biological diversity of more than 450 animal species and 26 distinct plant communities. For more information, visit www.nps.gov/samo.