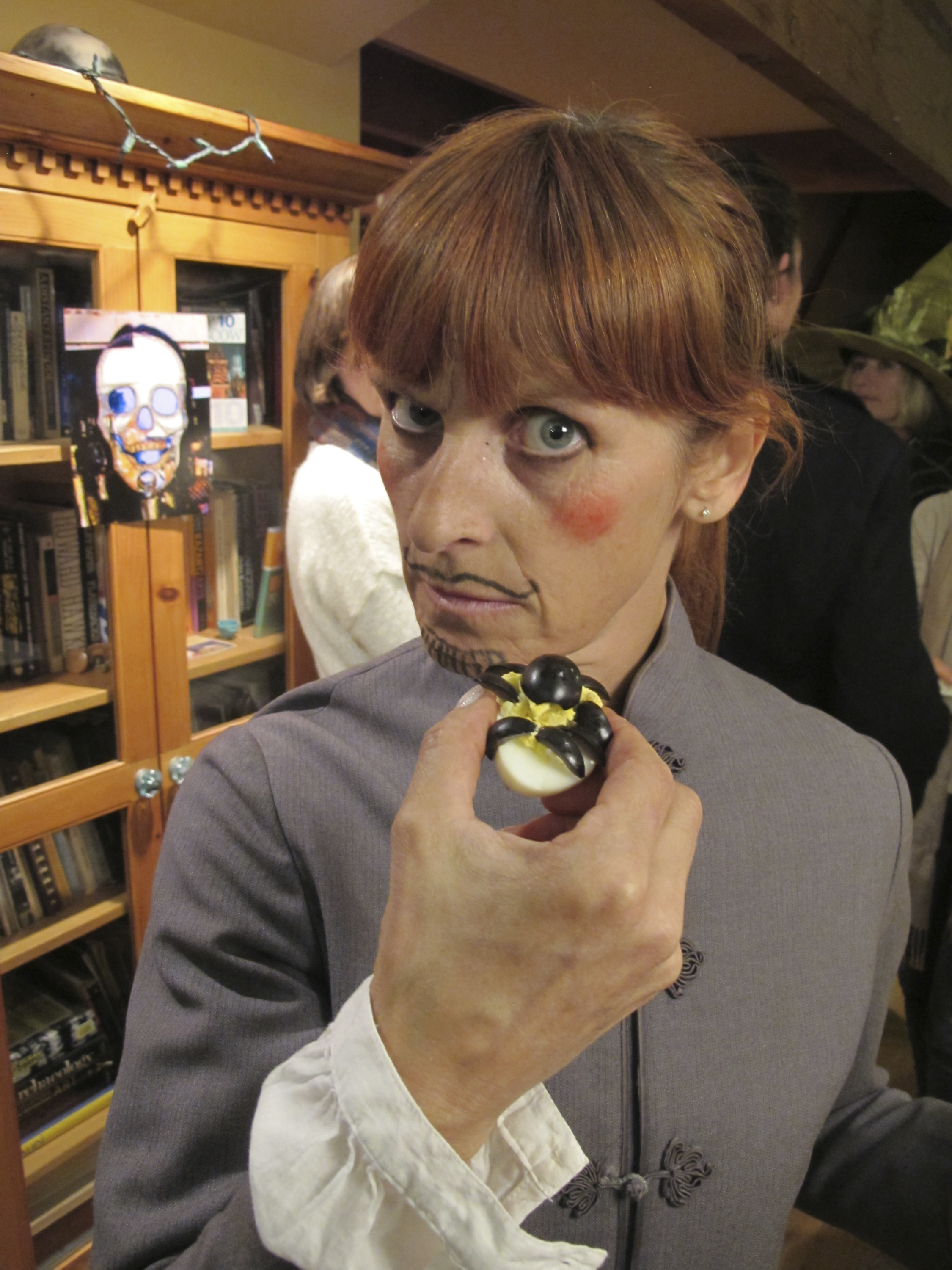 Have a spider with your deviled egg. Photo by Robin Becker 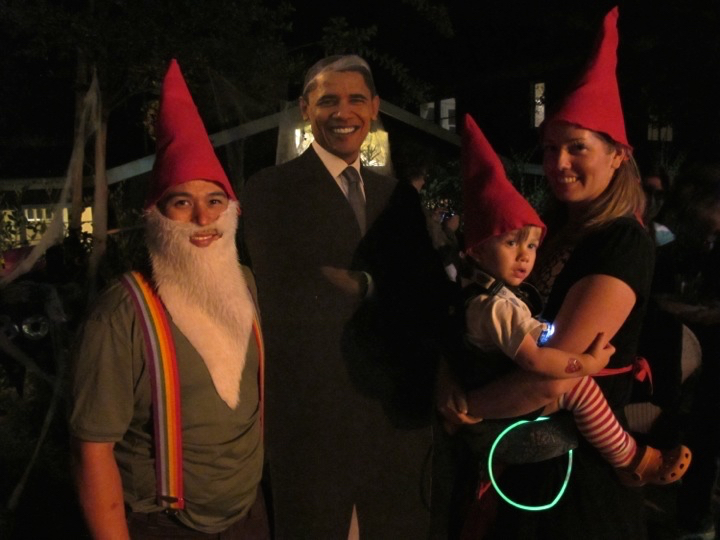 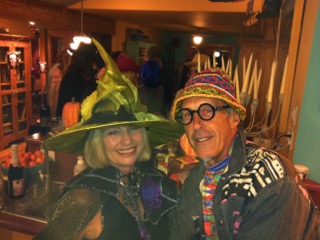 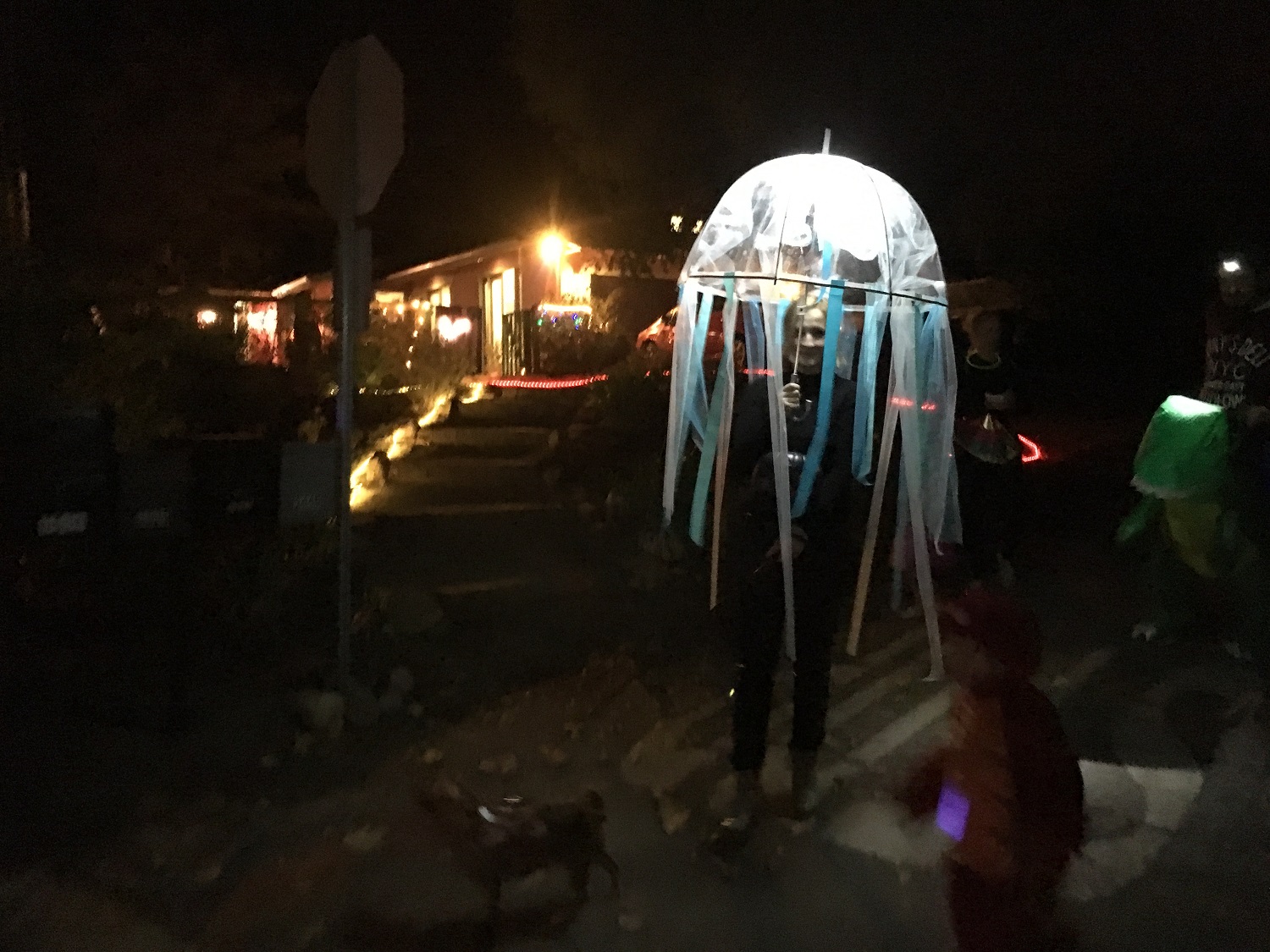 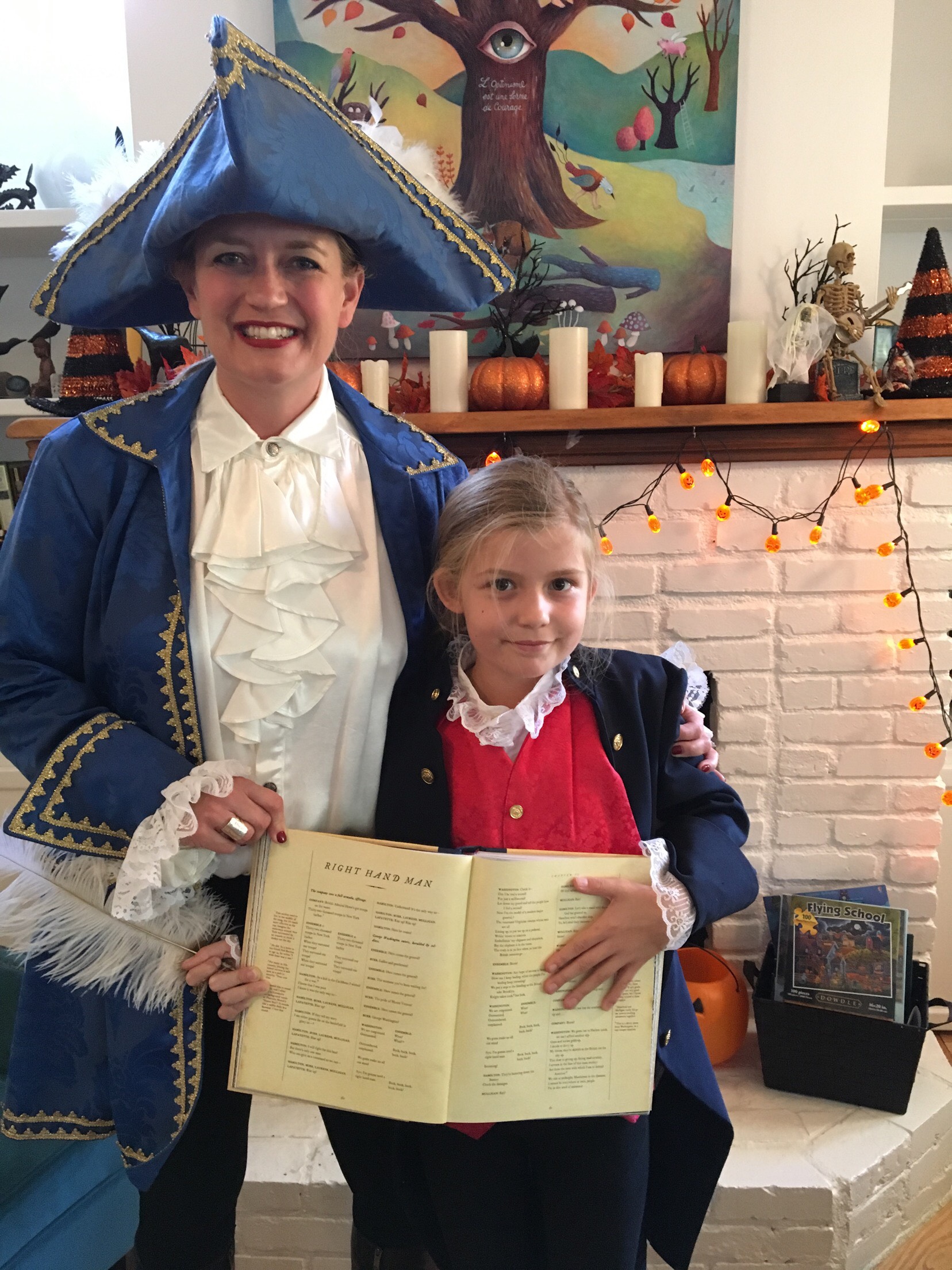 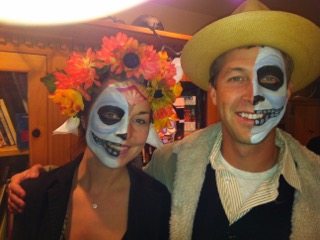 Bonnie Graves’ first Halloween in Topanga was just after she and her husband, Adrian Sexton, bought a house on Fernwood.

“I was a new homeowner and a new mom. I wanted our first Halloween to be wonderful. I was so excited. I bought so much candy and carved jack-o’-lanterns. But not a single person came to our house,” she said.

“It’s a really steep and busy road with no lights, which is why nobody trick-or-treats in Fernwood. My husband gradually managed to eat all the candy, but it took a while.”

Long-time Topanga residents know that a couple of safe roads for kids to trick-or-treat are View Ridge and Encina. Theatricum’s Bootanicum (Saturday, October 28, 4-10 p.m.) is always fun, too, with special games for young children and Spook Alley for older kids and adults without a heart condition. But a firm family favorite place in Topanga to take young children on Halloween is Bonnell Drive, with its rich Halloween tradition.

Around 250 children plus their parents and grandparents trick-or-treat on Bonnell and Willow Drive. There are only about ten houses that participate and it’s always spooktacular. The fun factor has multiplied with the arrival of new Willow Drive neighbor Bonnie Graves, who moved there from Fernwood two years ago with her husband and two children now aged ten and seven.

Graves works in the wine industry and manages large-scale events all over the country. “I do throw a good party,” she said.

Neighbors still gasp in wonder at the Harry Potter-themed birthday party Graves organized for her daughter, Sophie, with a zip line and broom so partygoers could fly through the air.

Another new neighbor is an actual witch, Coco Blignaut. A good, French witch, Blignaut will be getting into the spirit. There will be actors in her garden playing the ghosts of Marie-Antoinette, Coco Chanel, Pierrot the French clown, Charlie Chaplin, an opera-singing French maid, the Vampire Lestat, and Puss in Boots.

“I will be a gypsy fortune teller ghost,” said Blignaut, “with a tent in my front garden, where I will be doing quick tarot readings. There will be a lit stage/portrait-taking area where everyone can pose with the ghosts. It will be called ‘Les Portraits des Fantômes.’ There will be ghostly French music with the ghosts dancing an elegant waltz with each other.”

Each homeowner does their own scary thing and has their particular tradition. There have even been wizards giving out adult beverages to the grown-ups.

Artist Robin Becker and her husband, James Chressanthis, a cinematographer, have hosted a potluck for nine years with chili and corn bread. “I end up with a big house full of people who take turns handing out the candy,” said Becker whose children are now grown up, but she still enjoys the event. “Some parents drop off candy ahead of time on the day. We need that.”

With 250 children to cater for, residents encourage participant parents to pre-deliver candy. Graves said, “Topanga moms all eat pretty healthy, but Halloween is a great time to eat real candy. We won’t be giving out kale chips.”

Graves is thinking about showing a family friendly movie for younger kids who might get tired. There was talk of installing portaloos this year, but that idea was shelved due to expense and residents’ willingness to let children use their bathrooms if they are desperate.

For Becker, the best part of Halloween on Bonnell is how everyone dresses up in brilliant costumes. “One year, we had a life-size cardboard cutout of President Obama that everyone wanted their photo taken with. The kids are adorable. Each year is a little different and it’s a great way to connect with our neighbors.”

The major issue with Halloween on Bonnell is traffic. With so many young children running around, cars are dangerous, so the street is unofficially blocked off. Parents are urged to car pool and park on Old Topanga without obstructing those residents’ gates and driveways. Or have someone drop you off. Please don’t drive onto Bonnell. And take your trash home with you.

Other tips: bring flashlights, leave your dogs at home or in the car, and don’t forget to drop off some candy in advance if you can.