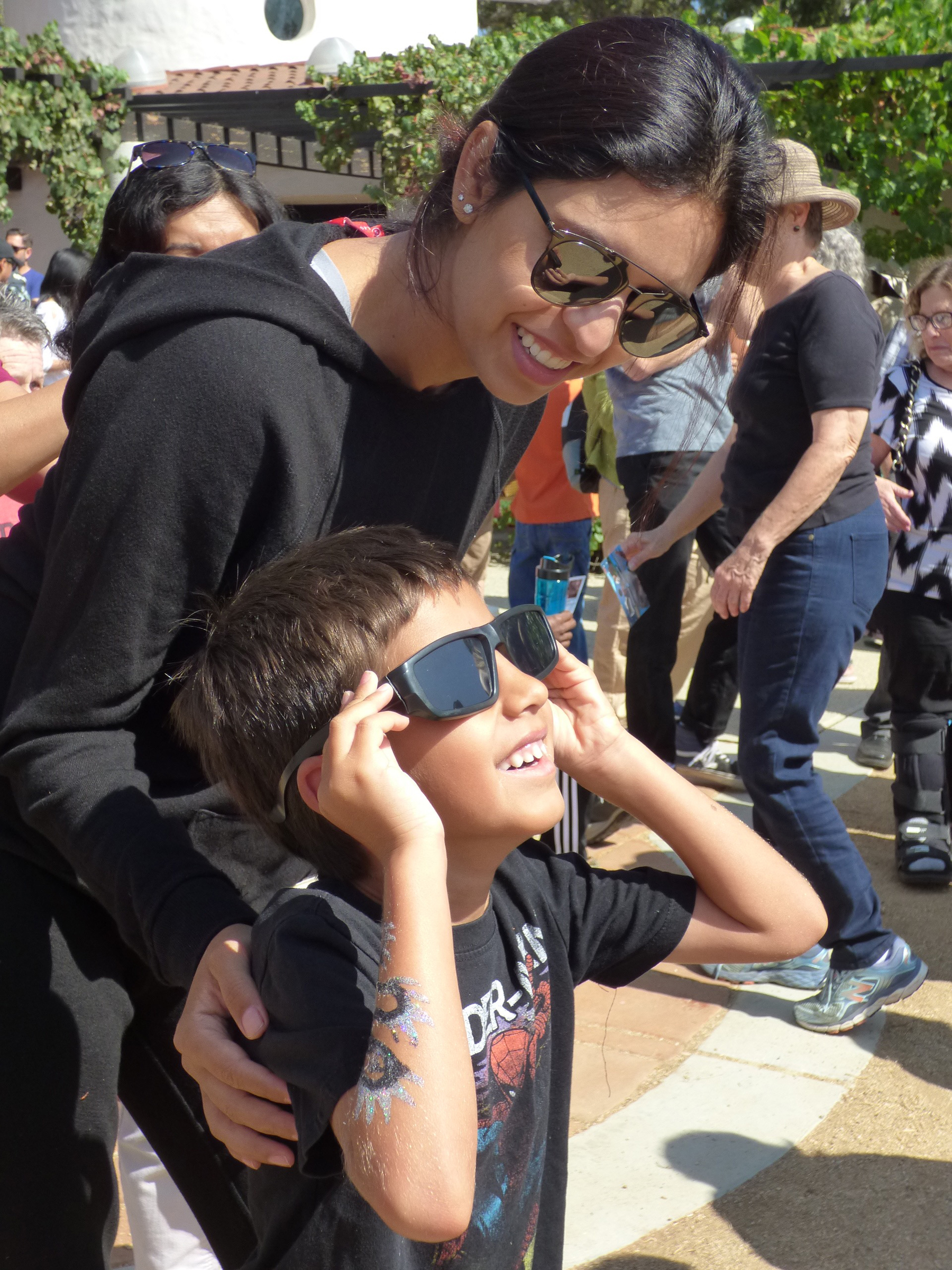 “The sun looks like the moon,” five-year-old Preeti Juneja told his mother, Pranav Juneja, as he took his first look at the eclipse. Photo by Suzanne Guldimann 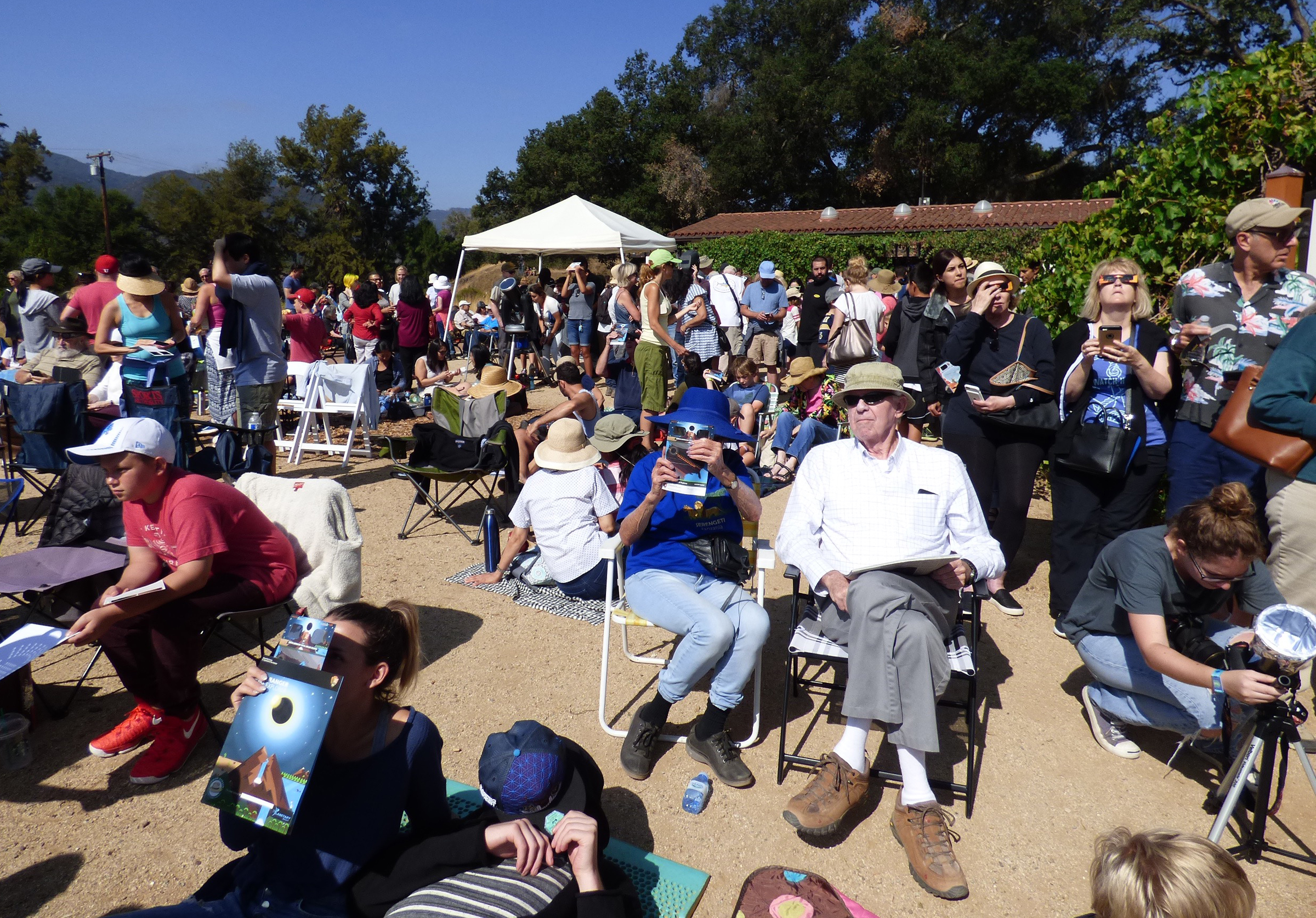 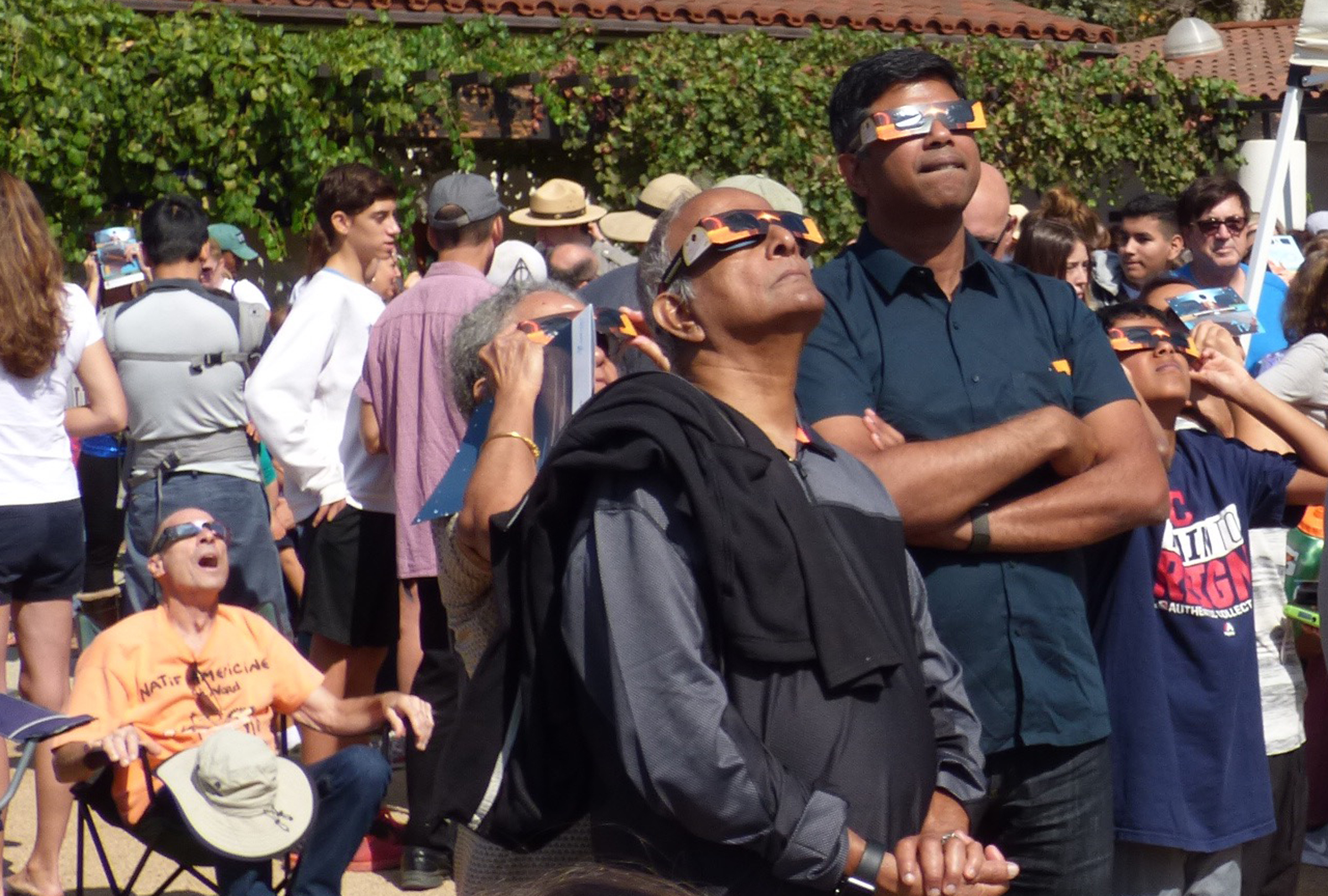 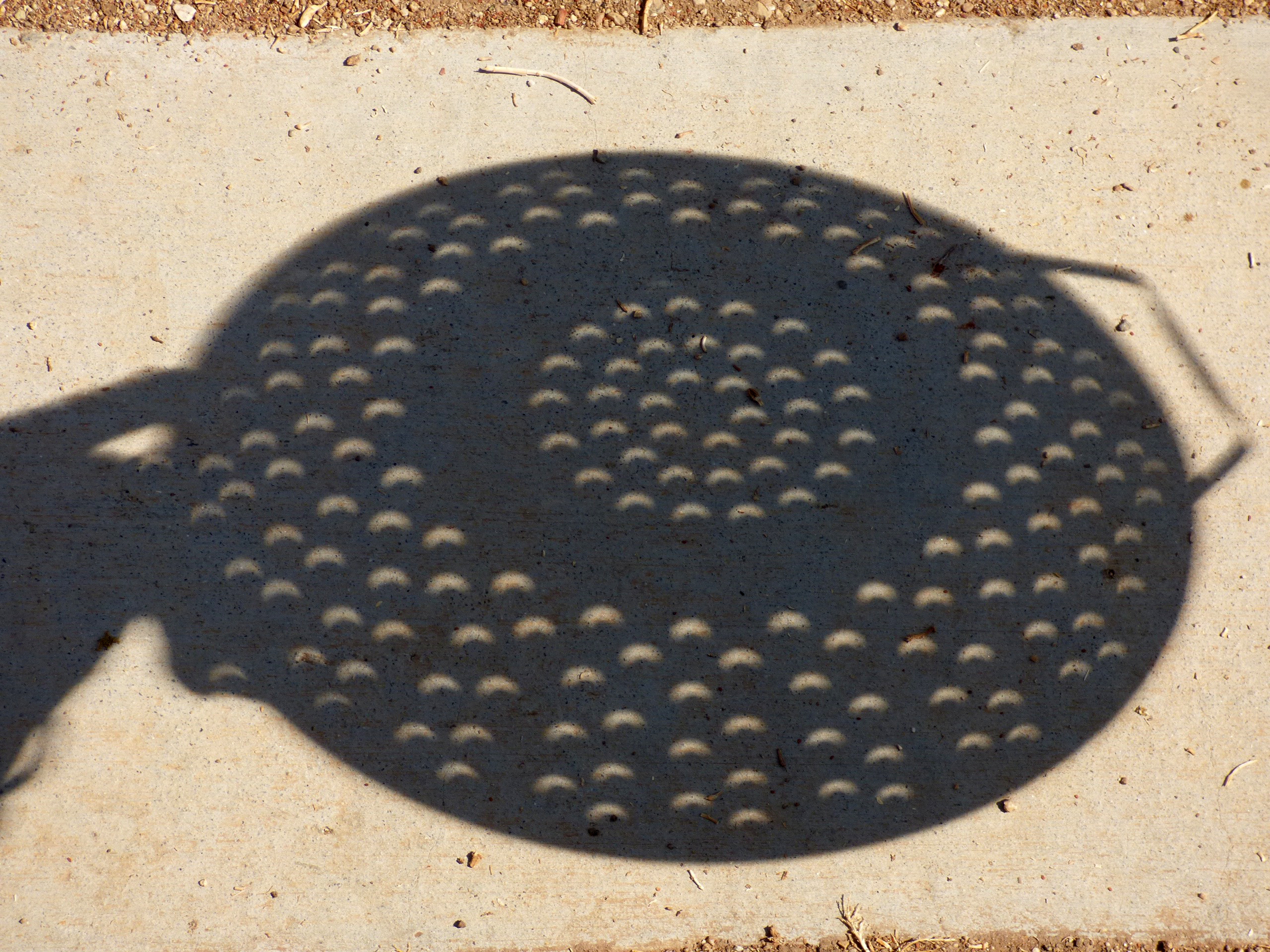 Although the nearest location to experience a total eclipse was in Oregon, and only around 65-percent of the sun appeared occluded in the Santa Monica Mountains, skywatchers from as far away as Venice Beach and Carson travelled to the park.

NPS rangers and volunteers from the SMMNRA mountain bike patrol were pressed into service as traffic cops as vehicles poured into the park, backing up traffic in Malibu Canyon. The intersection of Las Virgenes Canyon and Mulholland Highway was swamped with pedestrians hurrying to King Gillette from Malibu Creek State Park, or from the trailhead parking areas along the highway, and visitors kept coming.

The NPS, which anticipated a crowd of around 300, quickly ran out of solar glasses, but event participants were happy to share. Many brought their own eclipse specs, some had homemade viewing devices created from cereal boxes or sheets of cardboard and aluminum foil, others brought welding goggles and or even colanders, which projected multiple crescent moon-shaped eclipse shadows on the pavement. There was a long line to look through an NPS volunteer’s solar telescope, but just watching the light filtering onto the ground through the leaves of the trees provided a way to watch the phenomenon.

Would-be skywatchers who missed the event will have another opportunity in seven years. On April 8, 2024, parts of Mexico, Texas, Indiana, Ohio, New York, Vermont, Maine and Montreal will be in the path of totality, with the rest of North America, including Southern California, experiencing partial eclipse.

In our next issue, the Messenger Mountain News will have an exclusive report on the total eclipse from a local team of astronomers who traveled to Oregon to witness the phenomenon.

Standing with the Ancestors