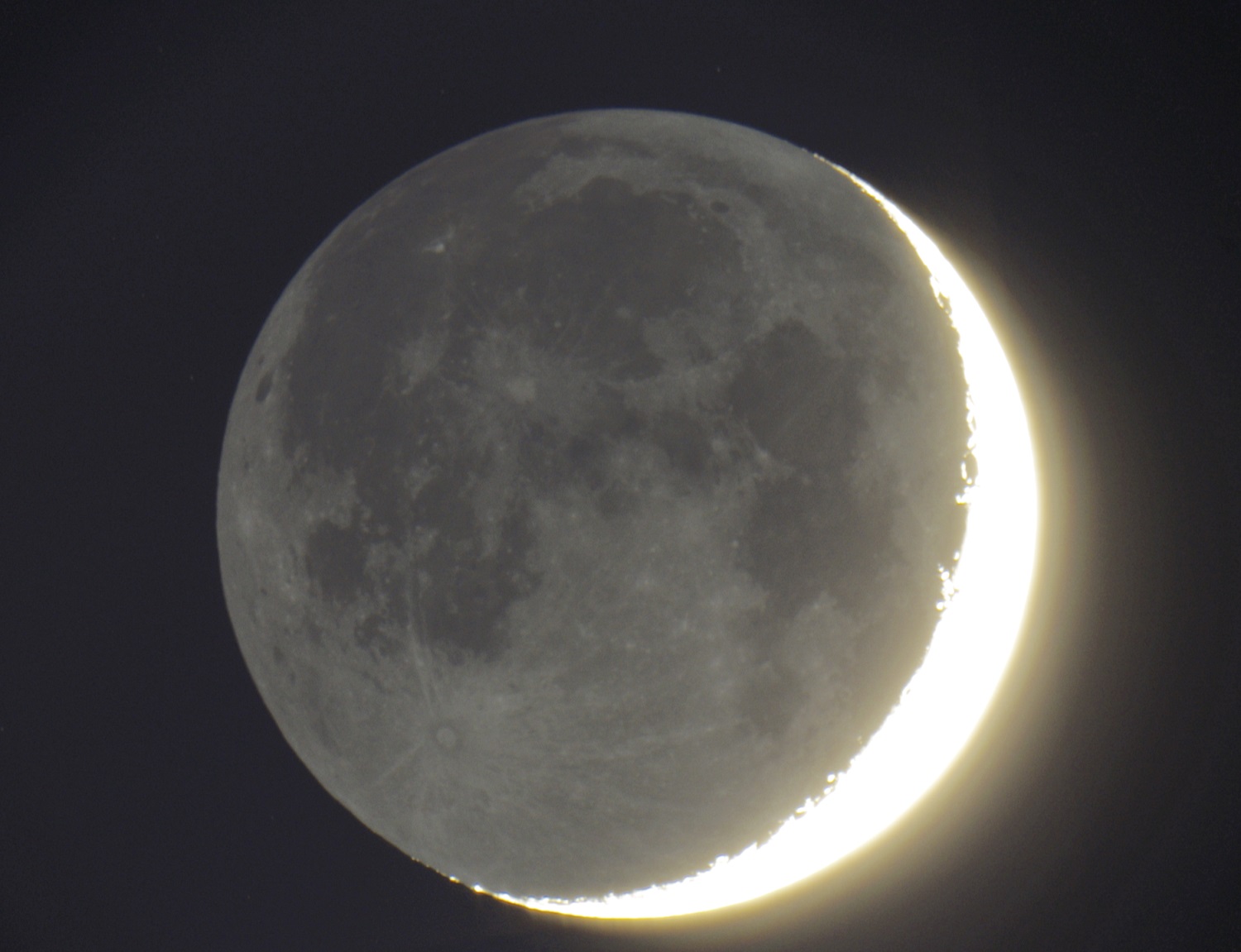 Lunar crescents go hand-in-hand with earthshine. Both are faint and seen in twilight. Photos and illustrations by David K. Lynch 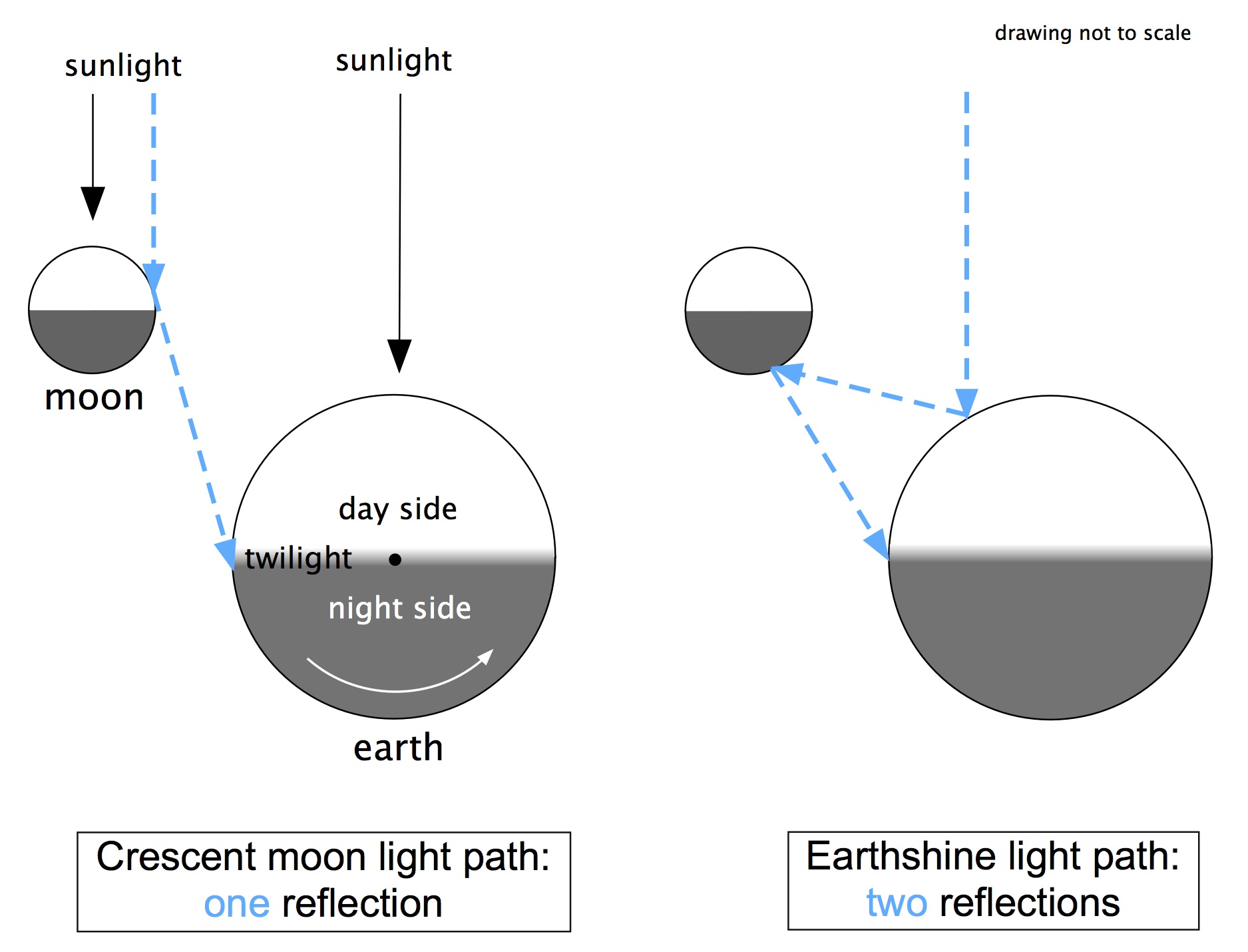 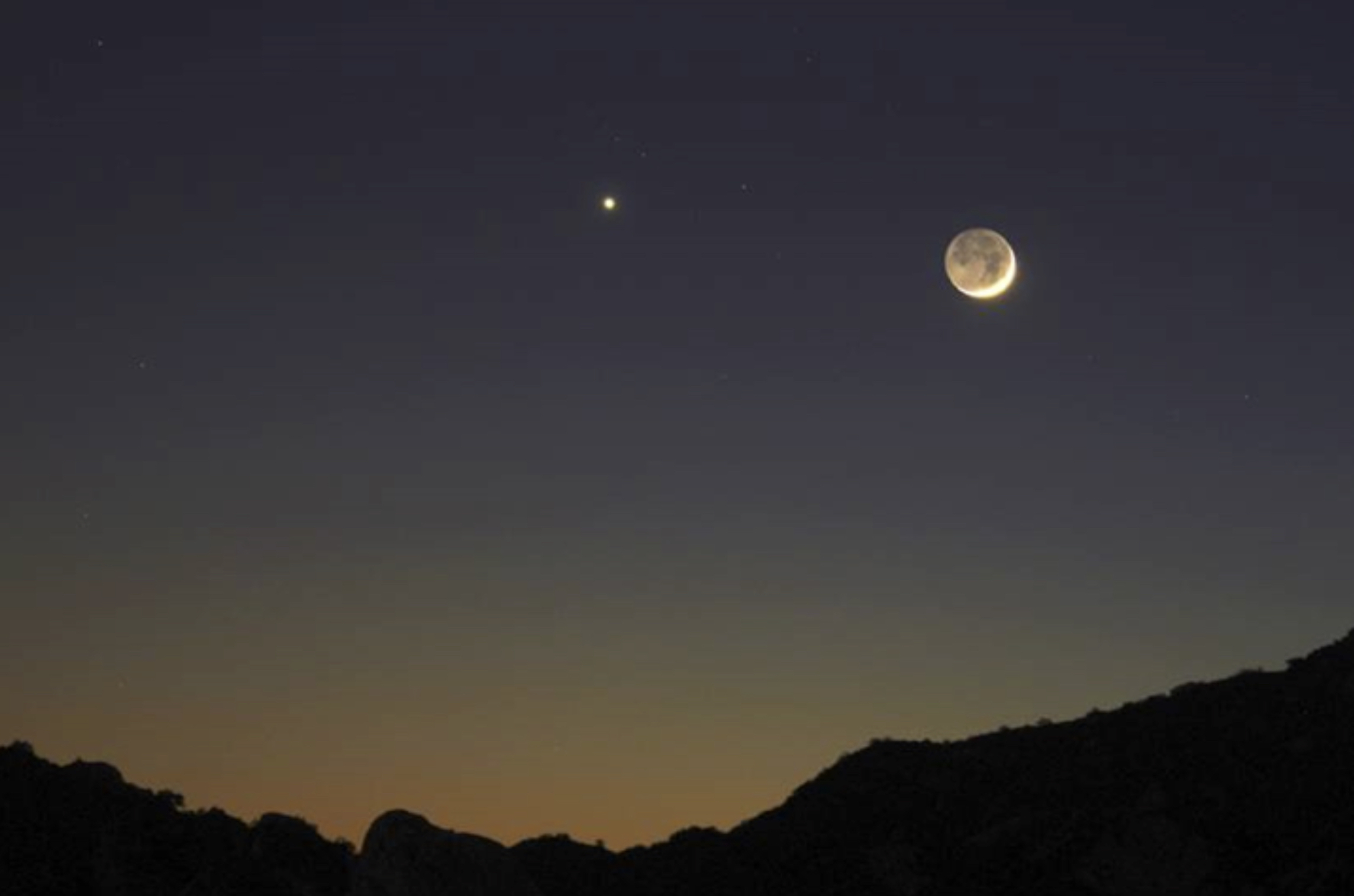 Looking west during evening twilight behind Manzanita school. The bumps on the horizon are Topanga's iconic “Big Rock” formation.

Could anything be more breathtaking? Venus highlighting the slender crescent moon with a ghostly glow filling in the lunar dark side? Such stunning visions are common if you know when and where to look. In this case it was easy. I walked out on my deck during twilight one evening and looked west.

So what’s with the moon? The faint light is called earthshine. It is twice-reflected sunlight. First, sunlight bounces off the daytime side of the Earth and shines on the moon. Then the moon reflects it back to earth where we see it. The crescent light is sunlight directly reflected from the moon’s surface. It is yellowish because the atmosphere is acting like a filter that removes the blue and green from the Sun’s white light to leave yellow and orange.

We only get to the see the earthshine within a few days of new moon. As the moon grows fuller and brighter, its light swamps the earthshine. But as the moon approaches its new phase in the morning sky, earthshine once again becomes easy to see (Early birds with a view to the east take note.)

Despite how bright the moon looks at night, it only reflects about 12% of light falling on it. This is similar to wet dirt and about the same color, too, dark brown. But against a dark sky, the moon looks bright.

The “dark side” of the moon is not the same as the “back side.” As it orbits earth, the moon always keeps the same side facing us. The dark side is in shadow, like the night side of the earth. The backside is the part we never see from earth, although satellites orbiting the moon have photographed it.

Earthshine goes by many names: ash light, ashen light, earthlight, ashen glow, “moon glow” or “old Moon in the new Moon’s arms.” It has inspired many myths and explanations since the first humans walked the earth a couple of hundred thousand years ago, but it wasn’t until about 1508 that Leonardo da Vinci figured it out.