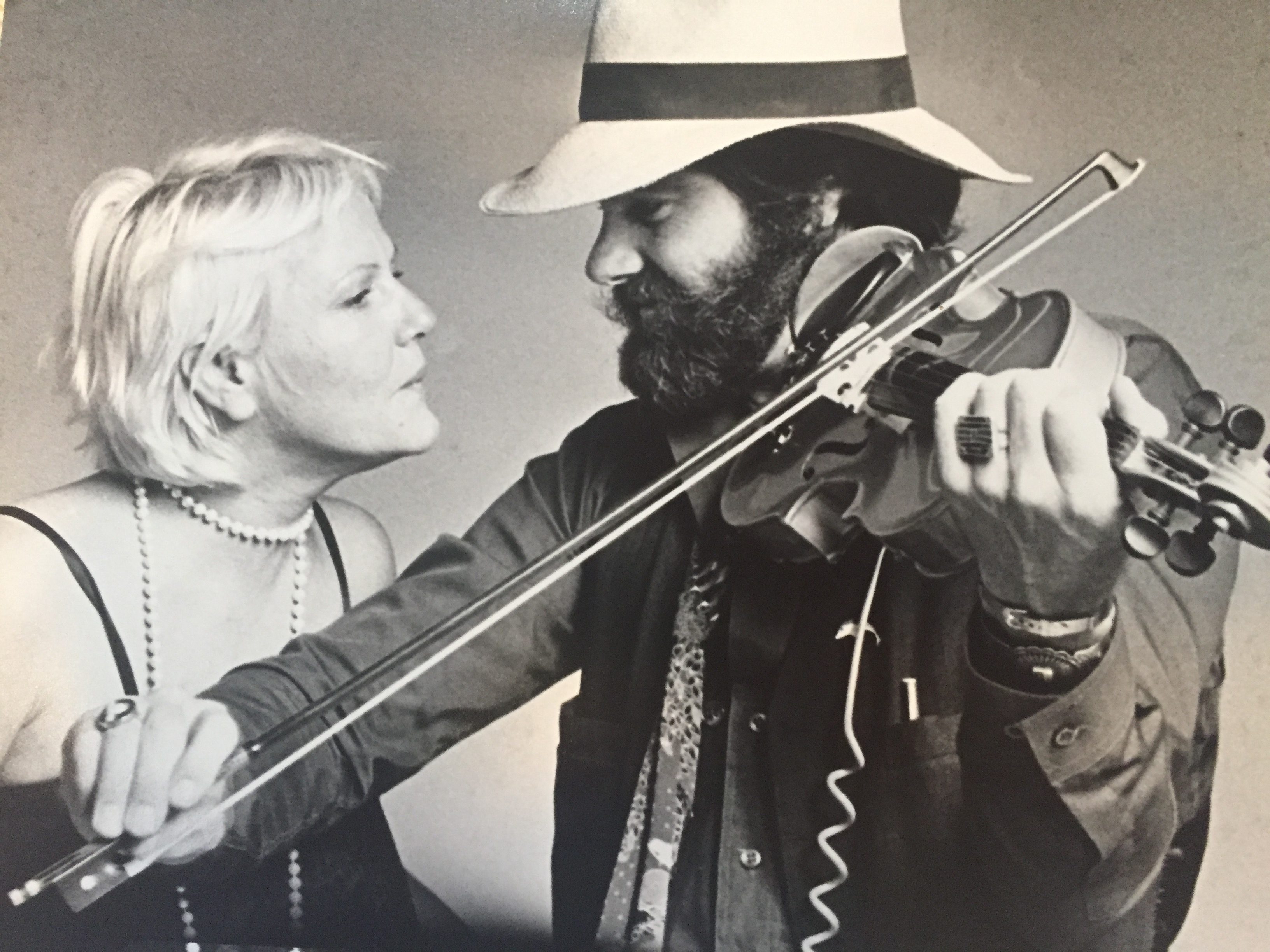 Bibi Martin and Tony Selvage have been friends for 50 years. Tony just played at Bibi's wedding. She's in her 80s now. Photo courtesy of Tony Selvage 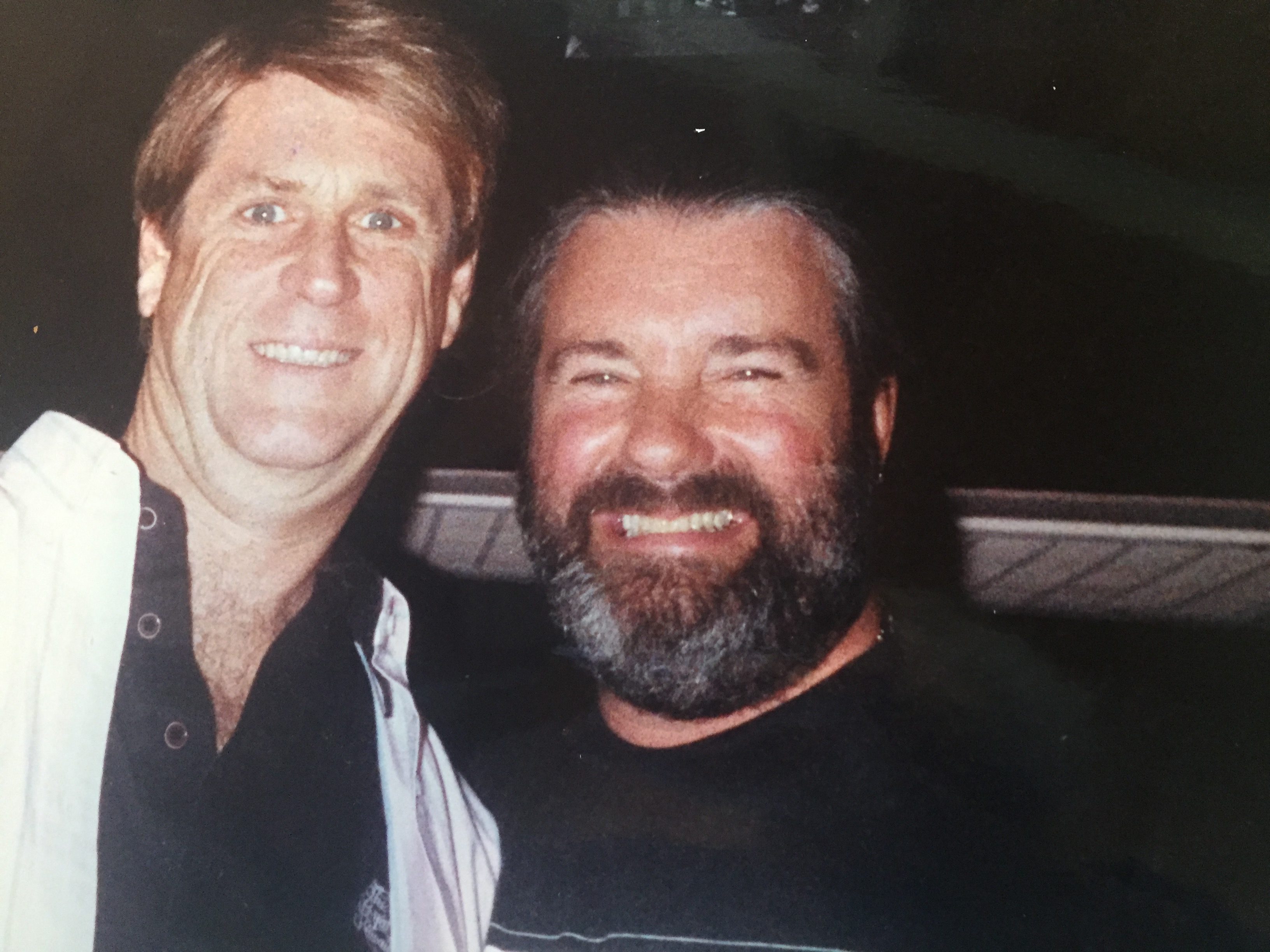 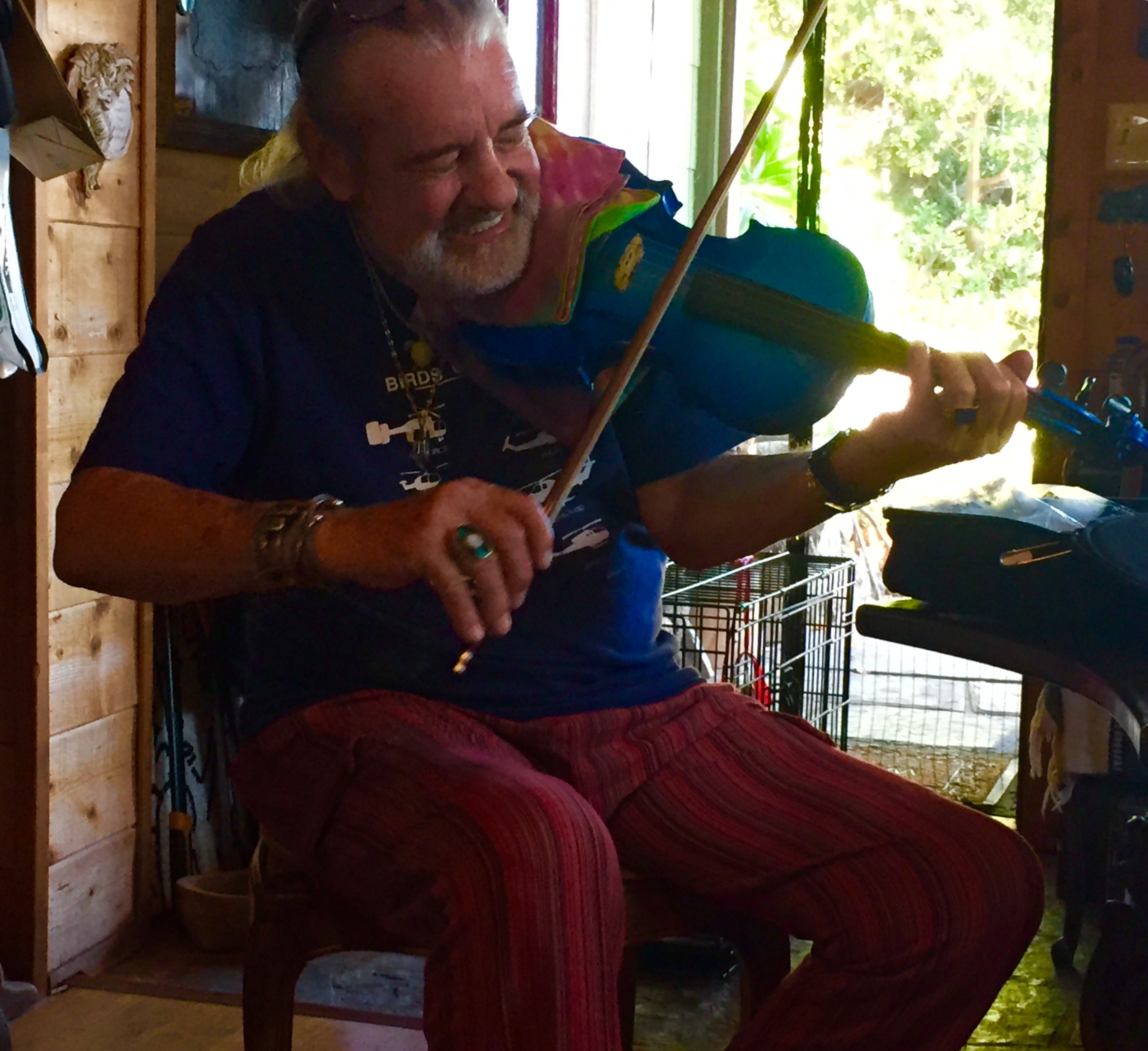 Tony Selvage has been a violinist for 75 years. Photo by Claire Fordham

“Tony Selvage’s playing has always intrigued me. His use of electronics never gives the impression of gimmickry. Both in esoteric mood music and in standard pop, he is a master.”

Only his mother and grandmother called him Anthony. To everyone else he’s Tony Selvage. He pronounces Selvage as a Frenchman would. “It’s more musical and flowing,” he says.

This composer and five-string violin/viola virtuoso has lived in Topanga since 1966. He has played for presidents, Dr. Martin Luther King, Jr., Tom Bradley, and for some of the major New Age thinkers like Louise Hay and Dr. Wayne Dyer.

His impressive recording and performing resumé includes a dozen albums, playing for Brian Wilson, featuring on the same album as Bob Dylan and Tom Petty, and working with music masters such as Ella Fitzgerald, Emmylou Harris and Mick Fleetwood. So, Selvage has plenty of anecdotes to share in his upcoming book, which will be called “In Famous Circles/Infamous Circles.” He was told to write it by a psychic at Topanga Days.

“I never had any bad vibrations with Brian Wilson. He used to come up here to my house in Topanga. We’d smoke pot and I’d give him adjustments,” said Selvage. “Adjustments” is not a counter-culture euphemism. He isn’t licensed, but Selvage is a chiropractor and healer, having learned from several masters over the years. He says he’s had the gift to heal since he was three.

“My mother would give me a penny a minute for healing. That was a lot of money then.”

Selvage has been smoking pot since he was 16, but quit cigarettes 50 years ago, when his first daughter was born. “If I’m feeling real good, I’ll smoke a cigar. But I haven’t had one of those for a while.”

Although he has medical marijuana, he doesn’t do hard drugs. “It’s immature to take acid more than once.”

Selvage grew up in Beachwood, “Under the Hollywoodland sign, in Humphrey Bogart’s old house. My parents paid $17,000 for it in the 1960s.”

His parents encouraged him to learn music. “They introduced me to the piano when I was three. It hurt my fingers to reach the octaves, so I chose the violin instead.”

Selvage is happiest when he’s playing violin. “I spill blood whether I’m playing by myself or in front of an audience,” he said. “I believe in the healing power of music. We can heal our wounds with the correct music and sew it up with psychic energy.

“Cosmic classical jazz” is Selvage’s favored musical genre. His band is named Bakada, meaning “let go and let God.” He played the first environmental concert for Greenpeace at Santa Monica City College. “I was the first musician to play at a fundraiser for Greenpeace and PETA. I’m a musical warrior rather than an activist.”

Selvage is part of a movement for spiritual awareness. He plays live on Sally Kirkland’s radio show (HealthyLife.net) when he isn’t attending a weekly breakfast club at the Little Beach House, Malibu, with around 70 other composers. His mantra is: “Remove all your fears, doubts and guilts. Be free, spontaneous, and create a reality that’s of benefit to you and other living things.”

Of all his achievements, Selvage is most proud of his four daughters, ages 28 to 50. They are from three different mothers, two of whom he married. Both marriages ended in divorce, but he hasn’t been put off matrimony and would marry again.

His first wife was a Playboy bunny, so he got to meet Hugh Hefner and attended parties at Hefner’s home, where he rubbed shoulders with many celebrities. “I met Peter Fonda and Dennis Hopper in an elevator. I had the hash and they had the cocaine, so we became good friends,” he said. Brian Wilson is a lovely guy, he says, but Bob Dylan was “kinda weird… like talking to a stone wall.” Composer Henry Mancini, on the other hand, “was an angel.”

When he was 30, Selvage dated Cloris Leachman, 13 years his senior and now 91. “It was beautiful,” he said. “But I wasn’t mature enough to date her then.”

In the driveway are two cars. His Mercedes-Benz sedan runs on vegetable oil, in case his all-electric Tesla doesn’t have enough charge. Running out of energy is not an issue for the man himself. At 78, he’s in excellent shape. His secret is to avoid junk food and he eats only a little red meat. He thinks fish and chicken are mostly acceptable, but believes fish are now contaminated from the Fukushima nuclear accident in 2011. He makes healthy smoothies from flax seed, raw kale, bananas and pineapple mixed with water. “And I take vitamin C and the B vitamins.”

He has three life goals left: to play for the senate, congress and NATO. “I want to give them five minutes of music to free them of their frustrations. They make up all our rules and they need some love in their hearts. And some common sense.” (tonyselvage.com) 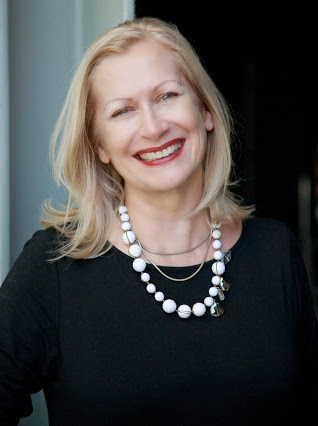 The Art of Death Midwifery