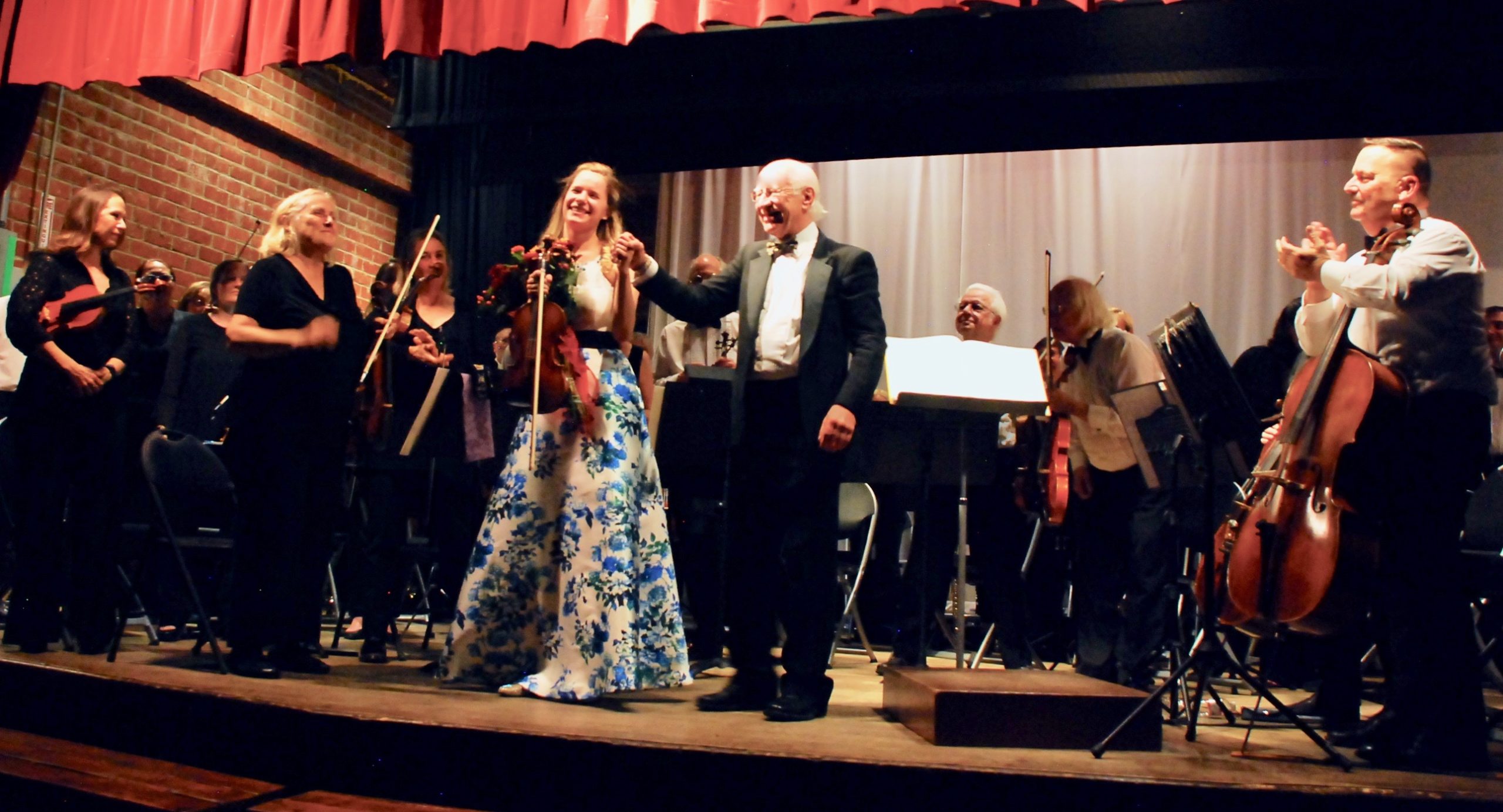 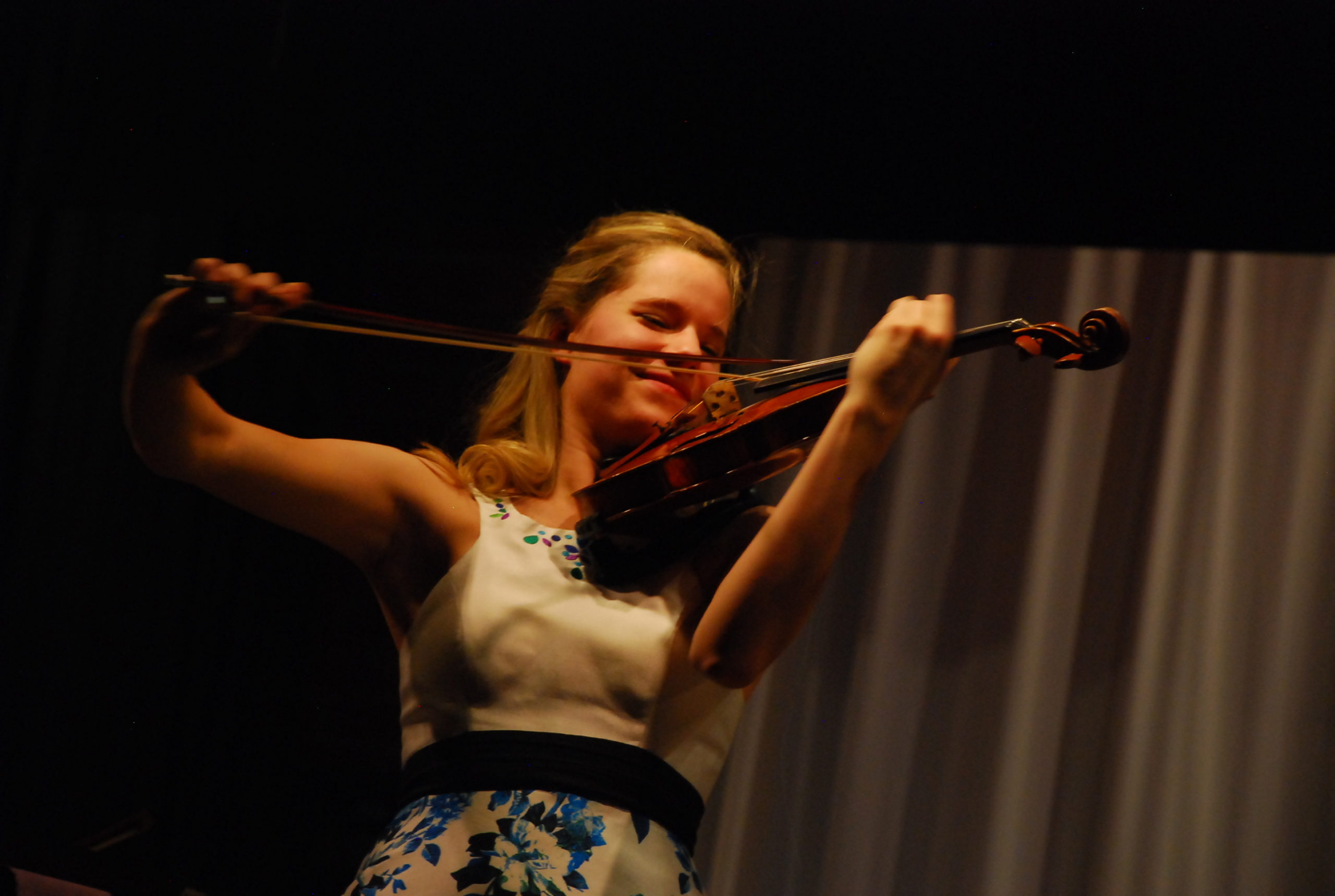 Aubree Oliverson evokes her joyful emotions as she performs Tchaikovsky’s Violin Concerto with the Topanga Symphony on November 17, 2019. 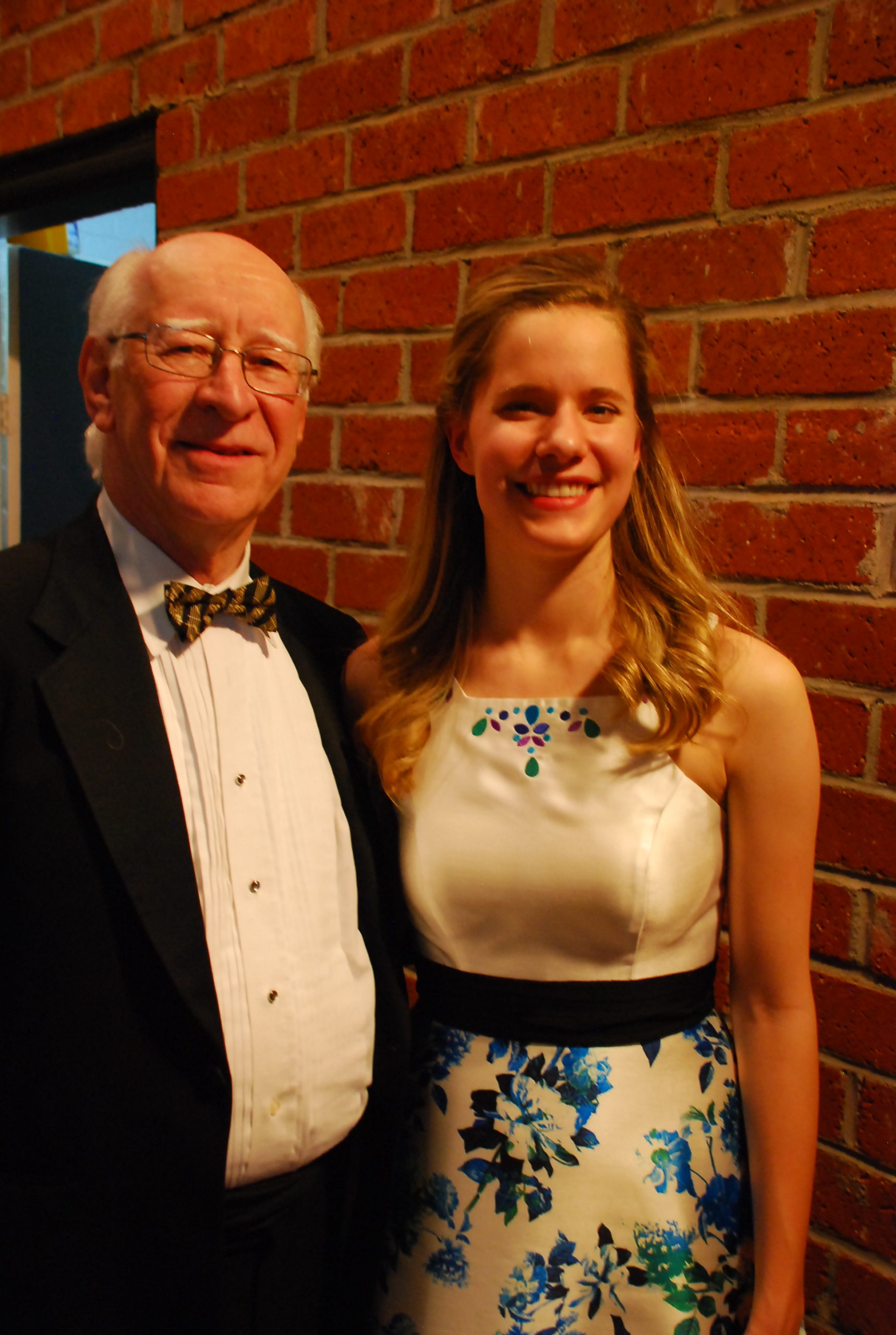 In the much-anticipated performance of Tchaikovsky’s Violin Concerto by virtuoso violinist Aubree Oliverson and the Topanga Symphony, the standing-room-only audience at the Community House could not contain their appreciation when they broke from traditional protocol to applaud during and between movements of her dramatic interpretation.

From the moment she first placed her bow on the strings, Oliverson captivated the audience with her own brand of magnetic charm and talent. With skillful and graceful precision, the complex musicianship emerged flawlessly and with ease.

It was most enjoyable to see how she was able to command and express the range of emotions within the complicated work. It was palpable to see the young artist’s ability to evoke heartfelt joy and pleasure from the music to the audience, the conductor, and the orchestra musicians.

Music Director, Jerome Kessler commented that the performance was “…one of the most rewarding experiences in my conducting career.”

Oliverson has emerged as a profound voice for the advocacy of classical music around the world. From her first performance in Utah at age eleven, to the world class musician she has become, she has demonstrated, through her charisma and talent, that her life’s path is to never let classical music, the inspired expression of hope and passion, to be extinguished.

Her maturity transcends her youth. Her vibrant demeanor and beauty are remarkable. It is her ability, however, to play the violin with masterful intensity and delicacy that surpasses all descriptive superlatives.

The Topanga Symphony audience and orchestra will always remember her emotionally sensitive and expressive presentation with admiration and awe that was evidenced by four curtain calls and a standing ovation.

The next concert is scheduled for March 8, at 3 p.m.

BECOME A FRIEND OF THE SYMPHONY

The Topanga Symphony began in 1982 and has performed three free concerts a year as a community orchestra. The continued success of the orchestra depends on the support of businesses and community members who appreciate the unique and special allure the Topanga Symphony brings to the Santa Monica Mountains. As we enter the holiday season and year-end giving, please consider making a tax-deductible donation by becoming a “Friend of the Topanga Symphony.”

Activists Rally Ahead of Malibu Vote on Rodenticide Ban