Features, The Way We Were
November 2, 2018
by Suzanne Guldimann 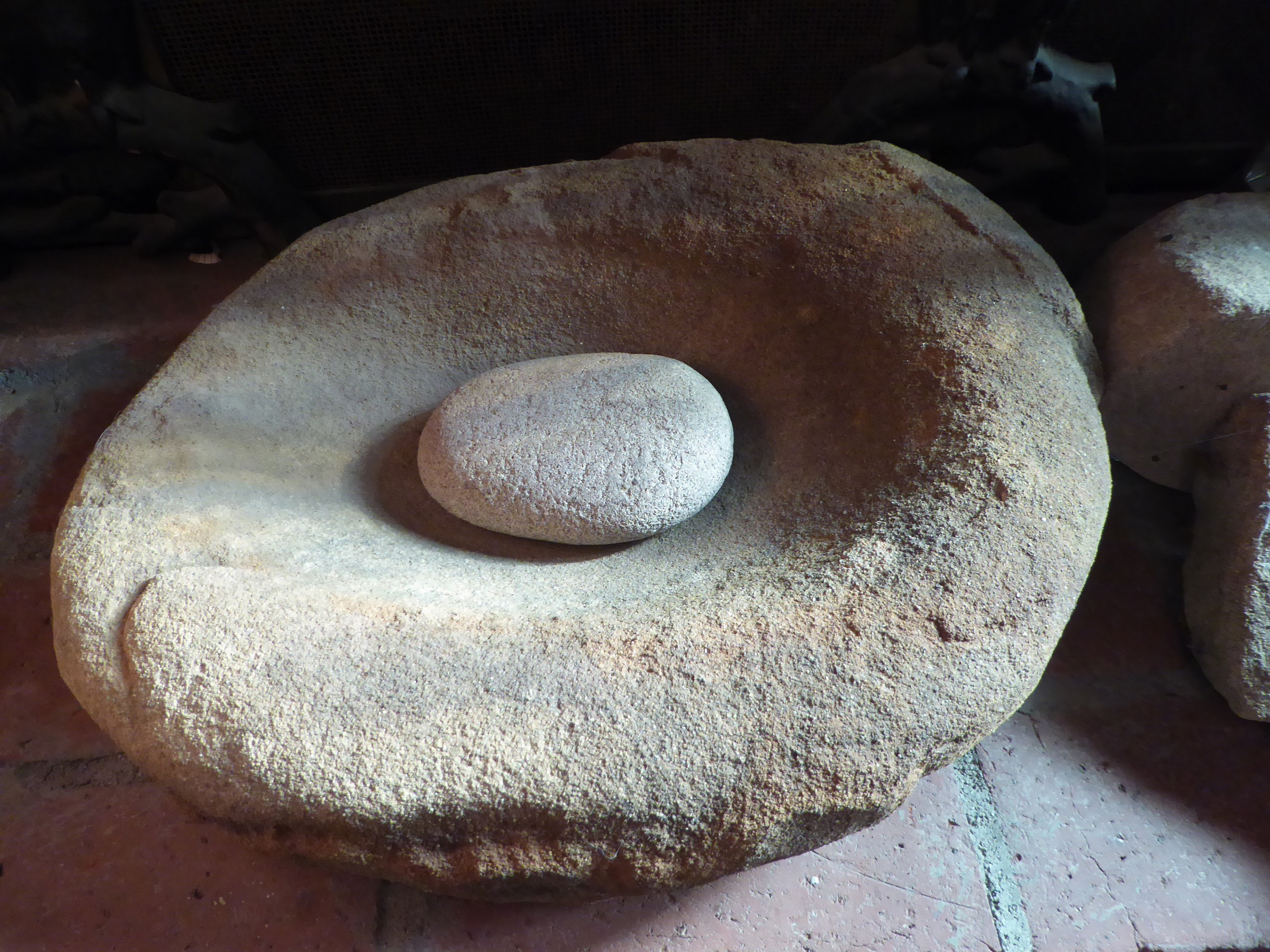 So many manos, mortars, and milling stones were found in the 1940s at what is now Topanga State Park that the period of history uncovered became known as “Millstone Horizon,” the era when the indigenous people of the Santa Monica Mountains began developing the technology needed to process acorns, seeds and other foods. This mortar was found in a backyard. Photo by Suzanne Guldimann 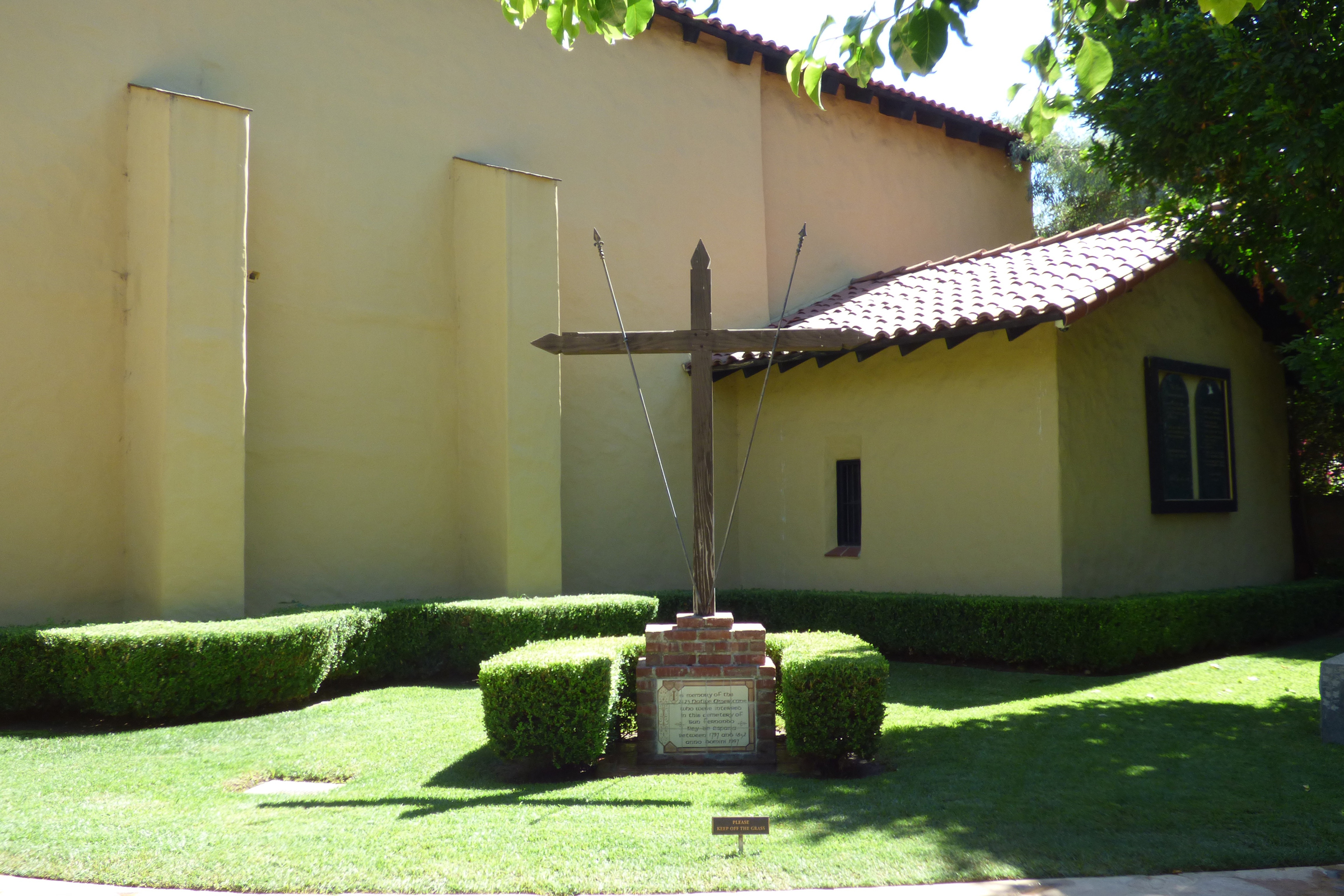 The San Fernando Mission chapel and Indian cemetery, today. All of the graves have been removed where a single cross marks the site. 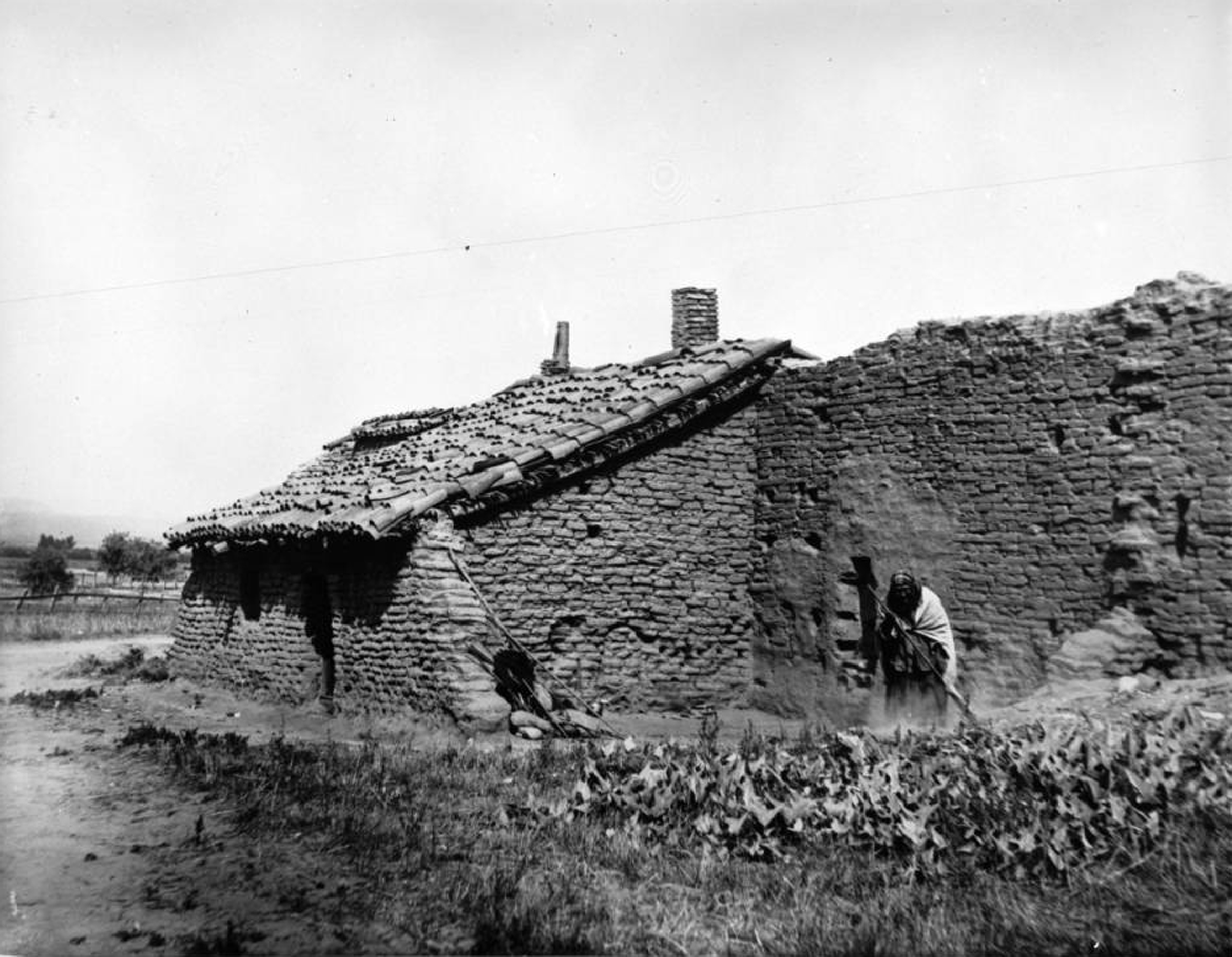 An elderly Native American woman stands in front of a crumbling adobe among the ruins of the San Fernando Mission circa 1889. The subject is only identified as “Old Indian woman,” and notes that she had been married nine times. There is no record of her name. The missions were secularized and disbanded by 1834, but many Native American families stayed on, having no other life to return to. Photo: USC Libraries, California Historical Society Collection, 1860-1960. 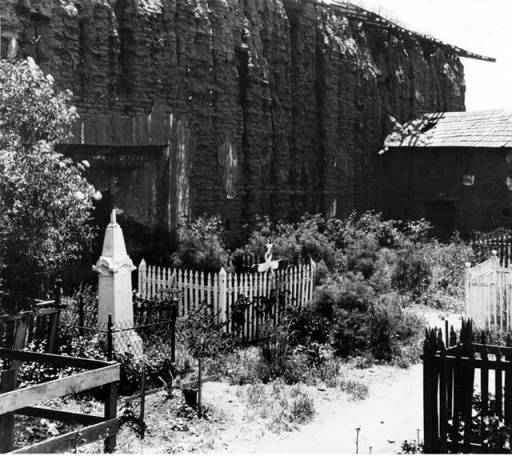 On October 8, Los Angeles County and the City of Los Angeles celebrated the first annual Indigenous Peoples Day. In 2017, the city and county voted to transform Columbus Day into a holiday that focuses on California’s Native American history and culture.

“The motion, let me be clear, is not about erasing history,” Supervisor Hilda Solis said, when the motion was introduced last year. “This is about understanding that for centuries, America’s ancestors oppressed certain groups of people. While we can’t change the past, we can acknowledge and make that history right today.”

Los Angeles is following the lead of Berkeley, which voted to make the switch in 1992, the 500th anniversary of Christopher Columbus arriving in the Americas.

For residents of the Santa Monica Mountains, Indigenous People’s Day offers an opportunity to reflect on the Chumash and the Tongva, two Native American cultures that had already lived in this area for thousands of years before Columbus “discovered” the “New World.”

Carbon dating indicates that the ancestors of the Chumash arrived in the Channel Islands 12,000 years ago, during the last Ice Age, when Europe was still wrapped in perpetual winter. The Tongva settled the area as much as 7,000 years ago, about 2,000 years before Stonehenge was built.

The Chumash inhabited the northern Channel Islands and the coastal ranges west of Topanga, all the way to the central coast, and as far inland as the edge of the Mojave—there is Chumash rock art at Vasquez Rocks.

The Tongva lived throughout the greater Los Angeles Basin, from Topanga to what is now Orange County, and inland to the San Gabriel Mountains. They also inhabited the southern Channel Islands.

The areas occupied by the Chumash and the Tongva overlap, and archeological evidence of both cultures has been found in the Topanga area. Malibu gets its name from the Chumash word “Humaliwo,” translated as “where the surf sounds loudly.” Topanga is said to be derived from Tongva, meaning “the place above.”

In 1947, a major archeological site regarded as sacred by both cultures, was excavated in what is now Topanga State Park.

Carbon dating revealed that the oldest areas of the site were at least 6,000 years old. Site records reveal that four tons of artifacts were removed from the area. It was given Los Angeles County’s first archeological site ID number: CA-LAN-1. The material removed from this site, and a second nearby location—CA-LAN-2—led to a new cultural designation: “Topanga Type Culture,” later known as “Milling Stone Horizon” culture, for the type of stone tools found at the site. There were so many artifacts that many were not saved, “since they were too fragmentary for classification and study,” according to the excavation records.

The Chumash and the Tongva were skilled boat-builders and basket weavers. They both had extensive knowledge of medicinal herbs and ocean navigation. The two cultures traded extensively with each other and with other Native American peoples, including the neighboring Tataviam, Kitanemuk, Cahuilla, Juaneno, Luiseno, and Serrano peoples, but the trade network extended across the country. Abalone shells and shell beads from the California coast have been found in archeological sites all over the North American continent.

A way of life that endured for millennia came to an abrupt end in the 18th century, when the Spanish began to colonize California. Chumash and Tongva people were rounded up with their neighbors and sent to the missions.

Some of Malibu’s Chumash may have fared better. In her book, “The Chumash World at European Contact,” anthropologist Lynn Gamble indicates grave goods from Malibu cemetery sites indicate that at least some Chumash were working as cowboys, or vaqueros, on various Los Angeles area ranchos, but the land wasn’t theirs anymore. Instead, they worked for the owners of the newly created ranchos.

Many southern Tongva communities were conscripted to build the San Gabriel Mission. Topanga area Tonvga and Malibu’s Chumash were sent to the San Fernando Mission. Many died of illness, malnutrition, and harsh conditions. It is estimated that by the end of the mission period, the population of Native Americans had plummeted to about 10 percent of the original pre-European contact numbers, with deaths overwhelmingly outnumbering births.

A solitary wooden cross commemorates the death of 2,425 Native Americans who were buried at the San Fernando Mission between 1797 and 1852. The grave marker is dwarfed by an extensive garden and mausoleum dedicated to comedian and real estate developer Bob Hope and his wife. A cynic might find that ironic, since at one time, Hope had plans to bulldoze Corral Canyon in Malibu, King Gillette Ranch in the heart of the Santa Monica Mountains, and Rocky Peak in the Santa Susana Mountains. All three are important cultural heritage sites for the Chumash. Hope’s plans for the properties involved building golf courses and country clubs.

The Native American cemetery at the San Fernando Mission may have been dug up to accommodate Hope, but all three of the Hope development properties were conserved and remain open space. Many Tongva sites have been lost during the build-out of Los Angeles, but there are some key cultural locations that have survived, including a burial ground in the Ballona wetlands near Playa del Rey where 400 Tongva burials were illegally exhumed during construction of the Playa del Rey development, and later reburied (smbasblog.com/the-tongva); and Kuruvungna natural springs, located on the campus of University High School in West Los Angeles, the site of the still-flowing sacred spring and a small museum .

Although only the Santa Barbara Chumash have received official tribal recognition, there are an estimated 5,000 people with Chumash heritage, and there are efforts to gain additional recognition.

In 2008, there were more than 1,700 people with Tongva ancestry. The Tongva, also known as the Gabrieliño, are also seeking official federal tribal recognition, a long, complicated and circuitous process.

Los Angeles celebrated its new holiday on October 8 with a sunrise ceremony, 5K run, powwow, and panel discussions, culminating with a concert headlined by the Native American rock group Redbone.

Members of the Tongva community were at Kuruvungna natural springs to share their cultural heritage and celebrate that, after more than 7,000 years, they are still a vibrant part of Los Angeles’ cultural landscape, one that is finally receiving recognition, if only in a symbolic way.

Venom Goes Above and Beyond