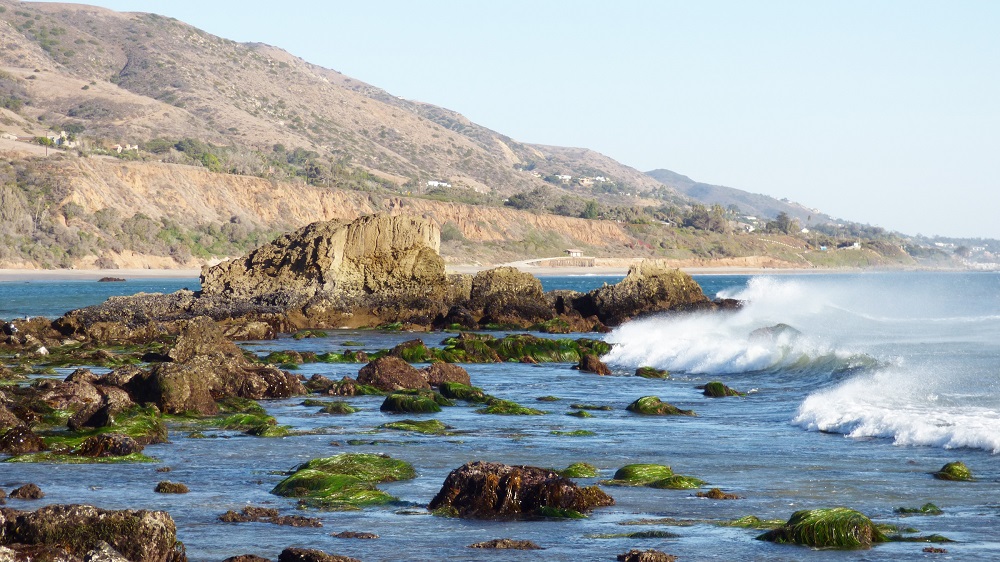 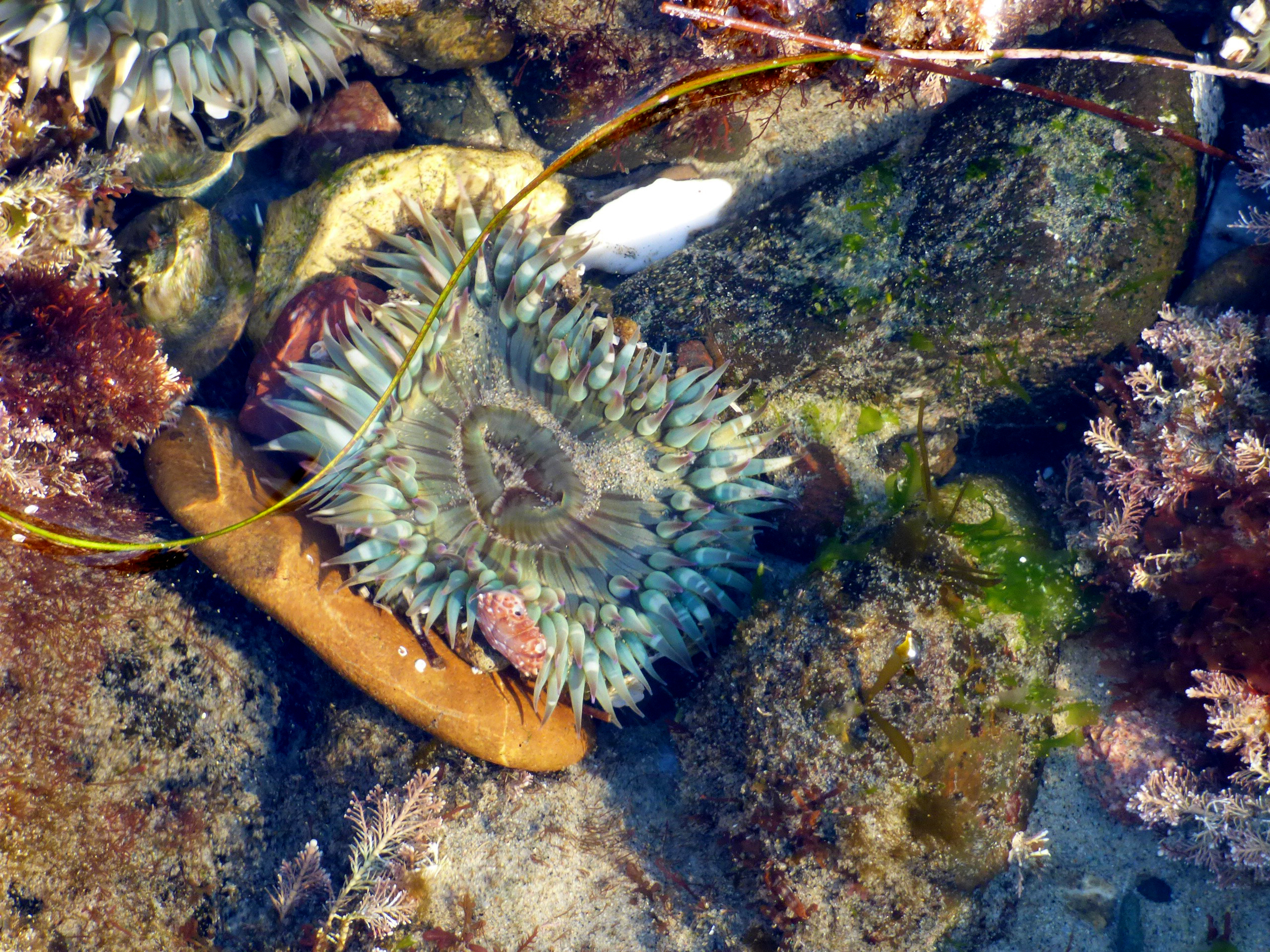 A tide pool microcosm with a solitary starburst anemone (Anthopleura sola) and an assortment of colorful seaweed. 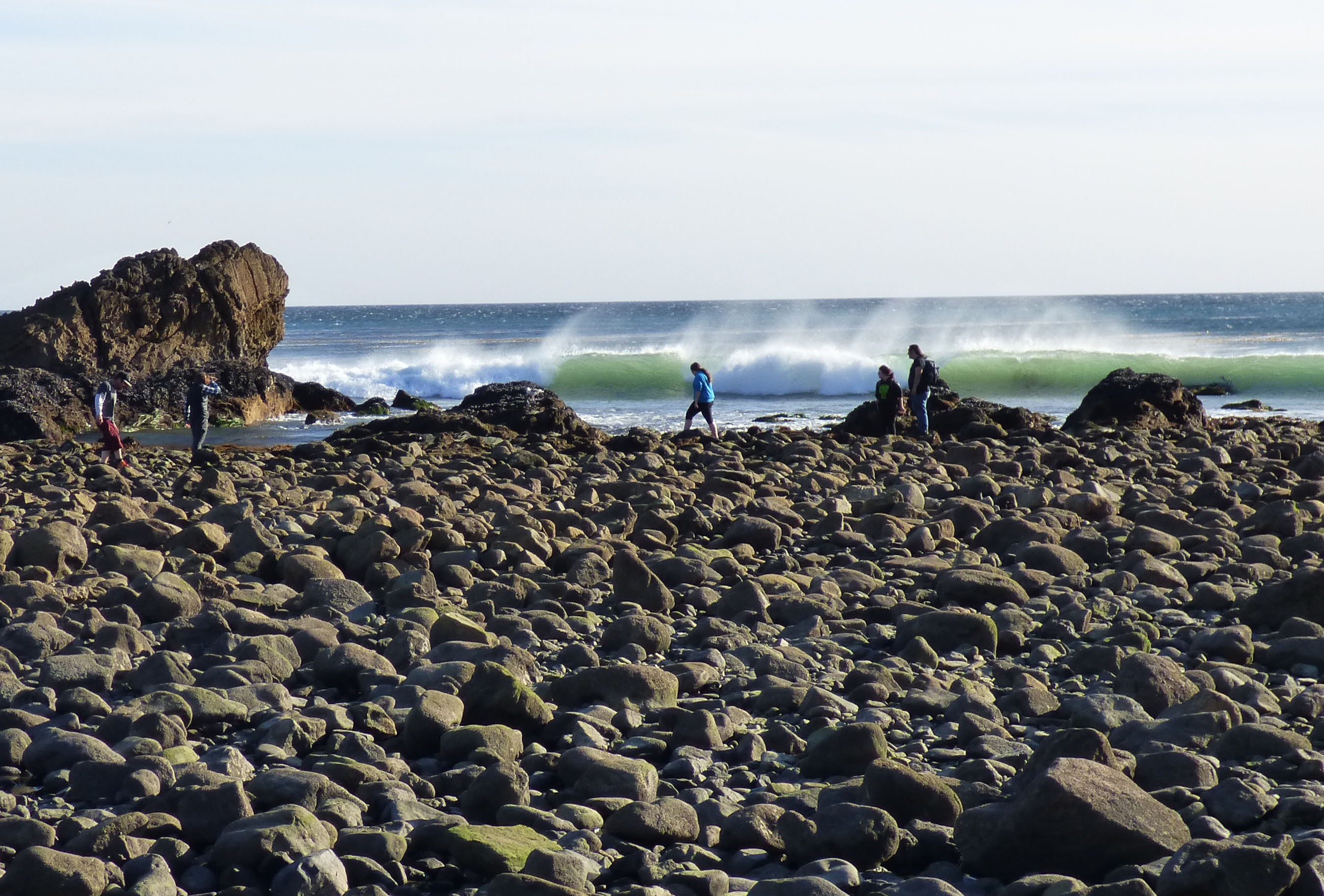 Intrepid tide-poolers at Leo Carrillo, braving gale-force winds for a look at the outer edge of the intertidal zone. 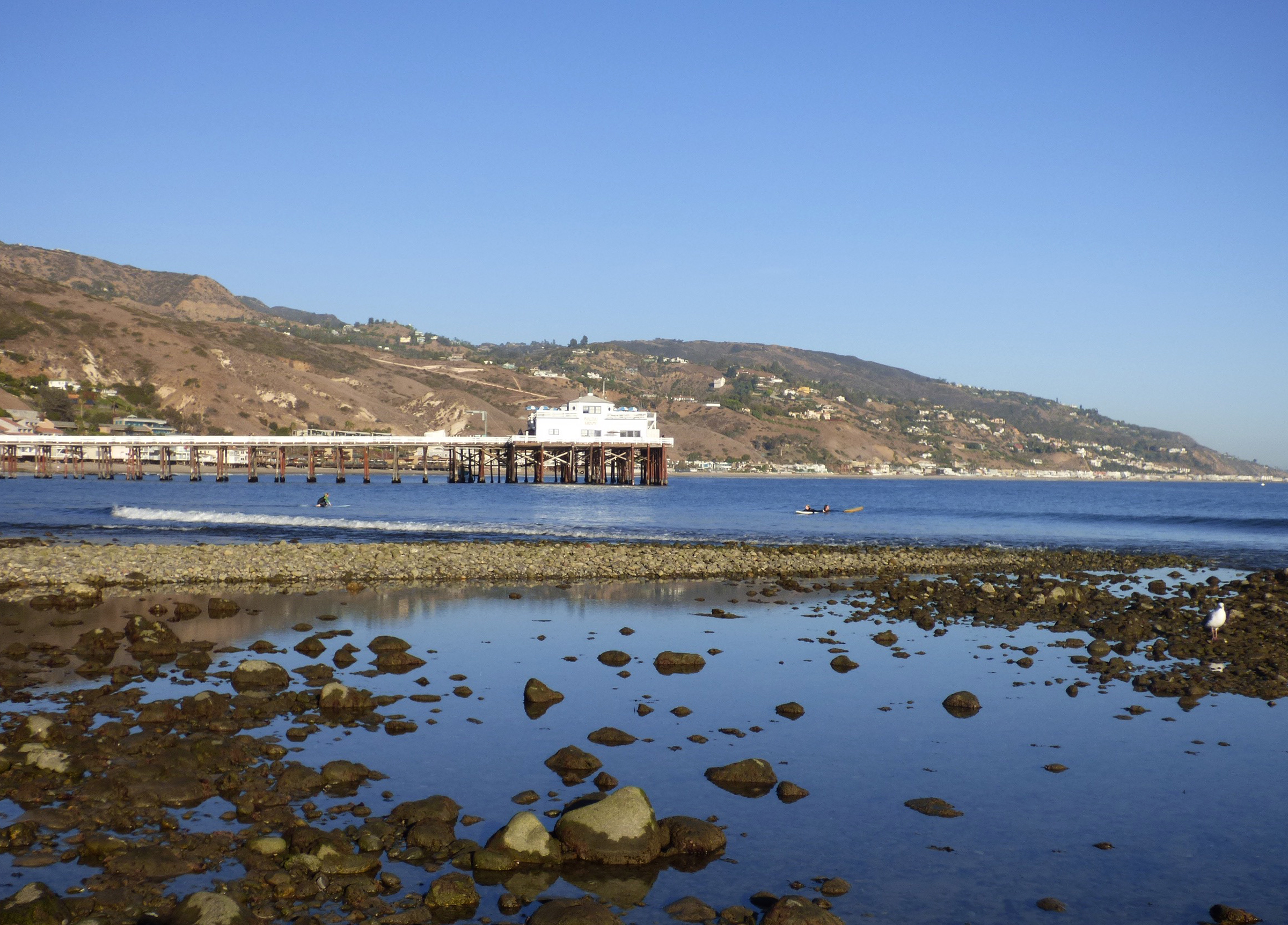 Surfrider Beach and the Malibu Pier with the tide pools and shoal of cobbles that help shape the world-famous surf break revealed by the minus tide. 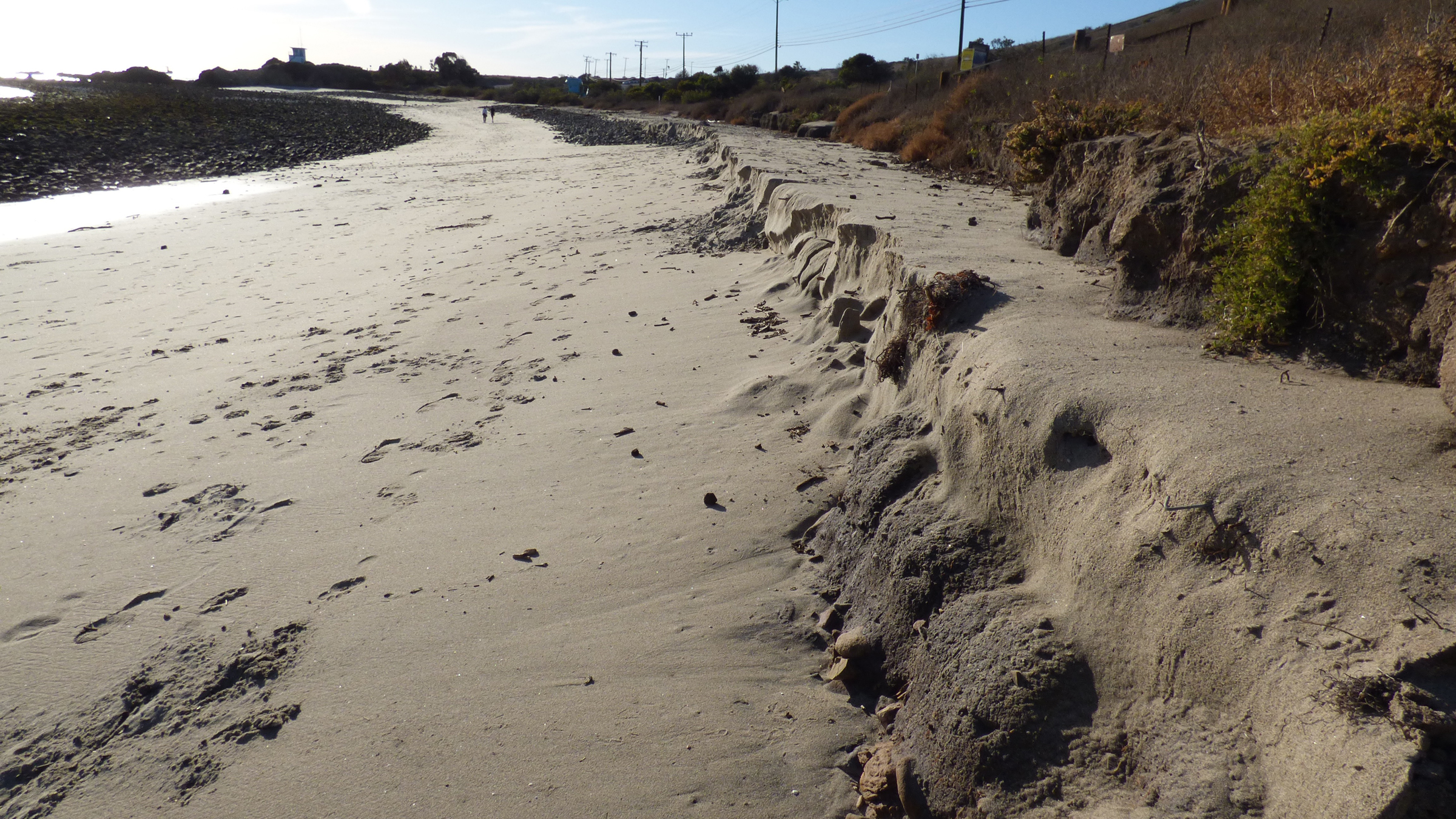 While this photo was taken at low tide, it shows how high the tide was and how much sand it scoured away. Messenger Mountain News' usually intrepid photojournalist chose not to go out again the next day for high-tide photos as Santa Ana winds were buffeting the Southland with some hurricane-force gusts. We’re so glad she is still with us.

Every winter, the highest and lowest tides of the year arrive. In recent years, these large astronomical tides have come to be known as “king tides”—the Australian name for the natural phenomenon.

When the highest tides of the year coincide with big surf or winter storm events they can swamp low-lying areas, and give coast dwellers an unpleasant taste of what sea level rise may be like.

However, this December’s king tides arrived during calm conditions. The high tides weren’t an issue at local beaches. And the the mild weather and calm ocean enabled beachgoers to take advantage of the accompanying low tides, for a  rare opportunity to explore vast expanses of the usually unseen world of the inter tidal zone.

Beachgoers who missed this month’s tides have another opportunity to experience king tides on January 1 and 2, 2018.

Topanga residents don’t need to travel any farther than Topanga State Beach to explore winter tidepools, but the local coast offers a variety of options, including Surfrider Beach in Malibu, which adds the opportunity to see a variety of winter sea birds, and Leo Carrillo State Park at the Ventura County Line, which is famous for its tidepools and its small but storied sea cave, used for decades as a film location and only accessible at low tide.

Tidepool enthusiasts are encouraged to take sensible precautions. It’s a good idea to wear non-slip shoes, no matter how inviting the water looks, because rocks can be sharp and slippery at the same time. It’s also important never to turn one’s back on the ocean, because  “sneaker” waves can easy take the unwary by surprise. Keeping track of when the tide turns and how far one has walked is also key.

Winter low tides also open up the opportunity to walk for miles along the coast  The beach hike from the Westward Beach parking lot trailhead, over the Point Dume Nature Preserve and all the way to Paradise Cove along the beach and back is one popular option that’s easy to fit into the low tide period. Nicholas Beach to Sequit Point is a shorter and less strenuous option, and Malibu Lagoon to the Malibu Pier is a third popular choice. For a long walk across acres of wet sand, try Westward Beach all the way to Lechusa Point and back.

It’s important to remember that the window of time between the tides is relatively short, and it’s no fun getting stuck in an isolated cove with the tide coming in. A tide calendar or tide app is a good idea for beach trips, in all seasons. Websites like the National Weather service, forecast.weather.gov and www.watchthewater.org offer daily tide times.

Beachgoers are always cautioned to be aware of coastal flooding during the highest tides. Strong currents and rip tides often accompany coastal flooding, even when there isn’t big surf.

The Shape of Water