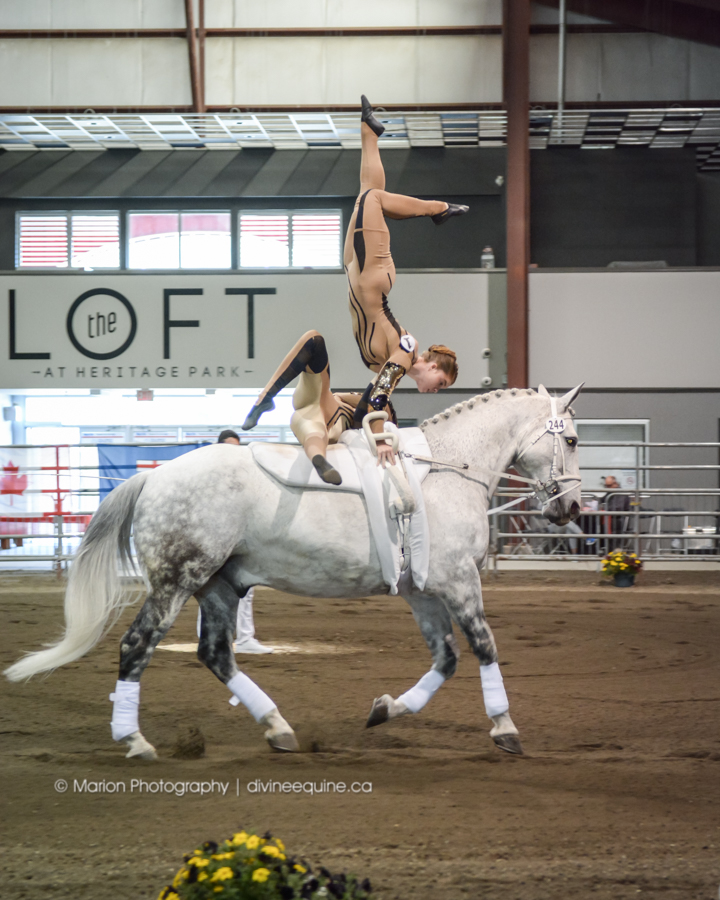 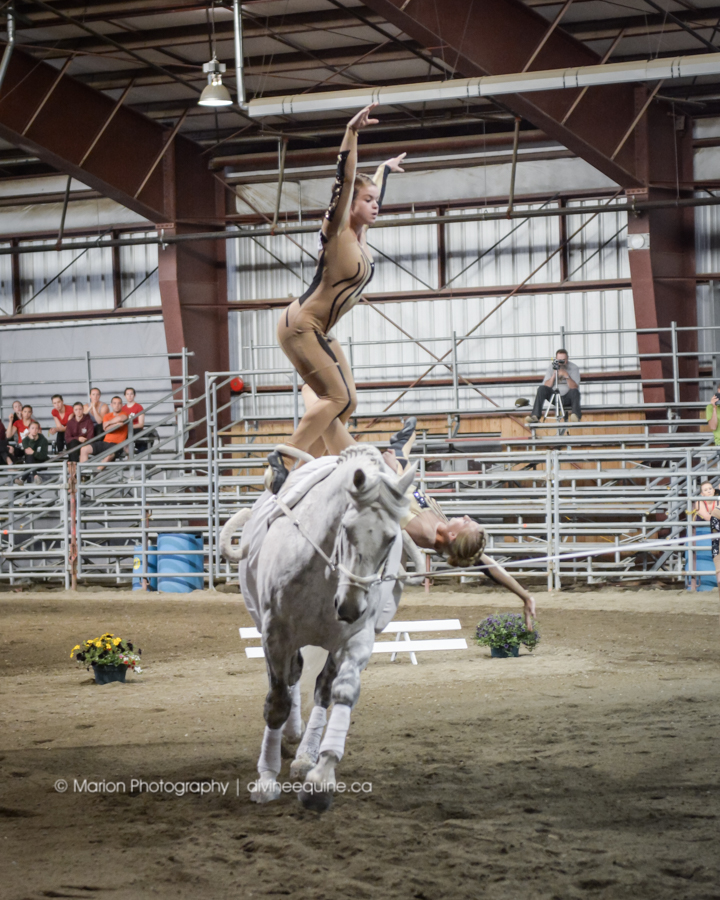 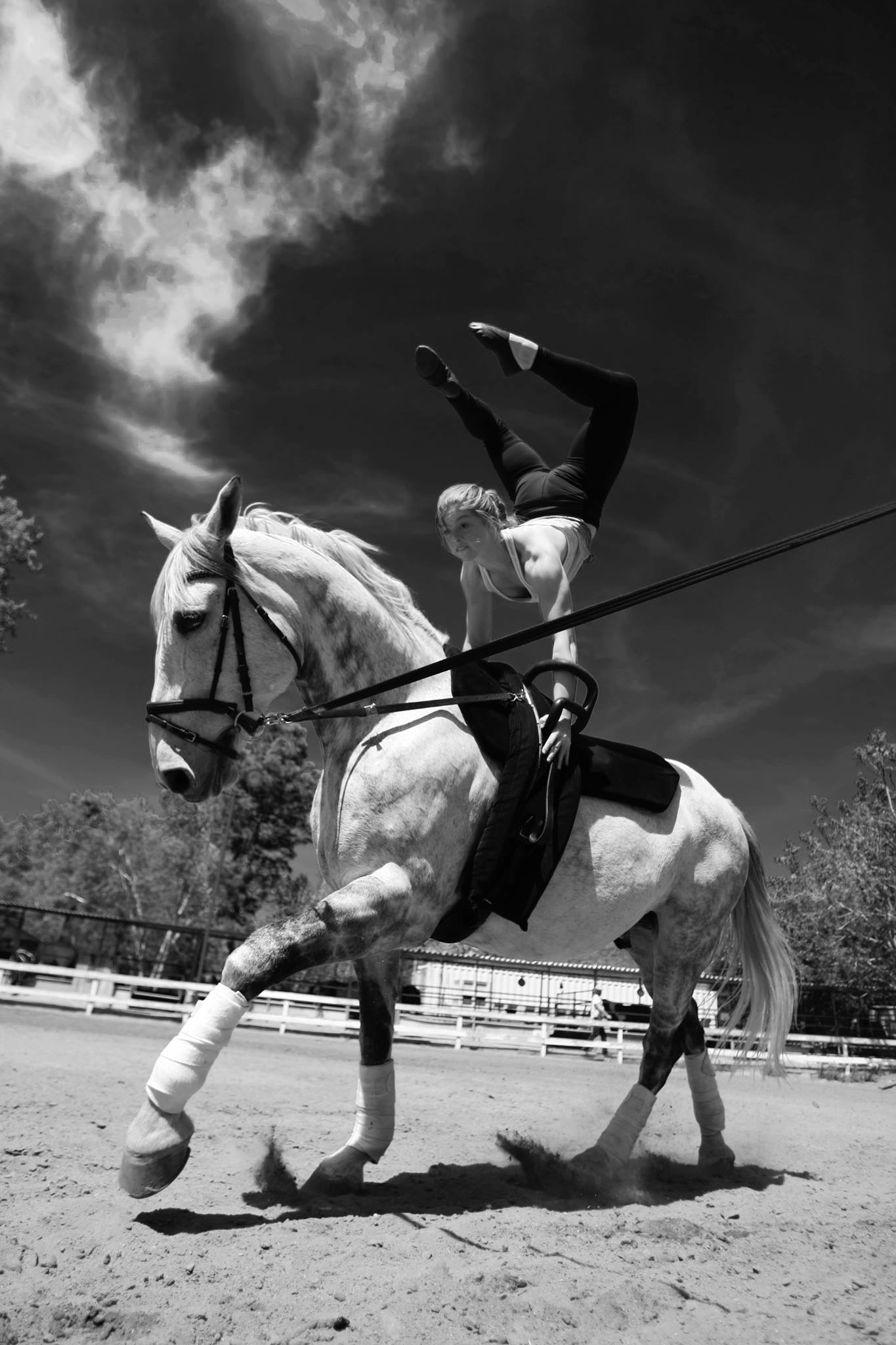 Champion vaulter grew up dancing in Topanga. Now she savors her prize for her First Place finish in equestrian vaulting. 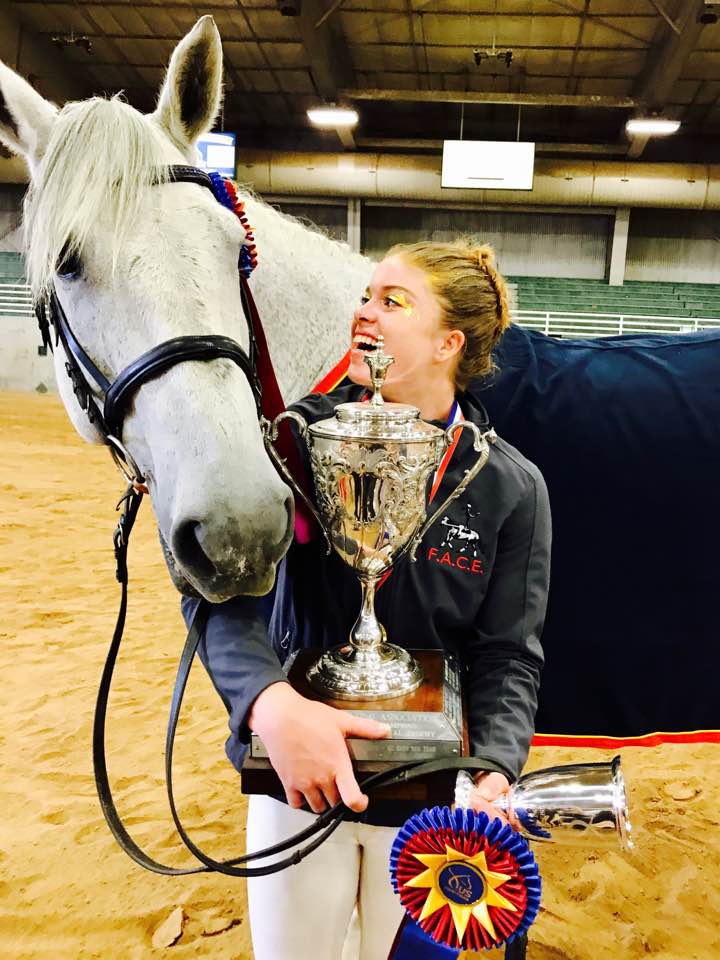 Madeline Lampard has brought glory to Topanga with a first-place finish as a member of the A Team in equestrian vaulting at the American Vaulting Association’s National Championships in Salt Lake City, Utah in August.

Her team is coached by its founder, Devon Maitozo, who has been involved in the sport of equestrian vaulting for 33 years, having had an exciting individual vaulting career that included a world championship title in 1998. (http://www.facevaulting.com)

The A-Team is the highest level that is part of the vaulting system in the United States.

“All of the six team mates came from different places—Utah, Washington and Idaho and traveled here every other weekend for practice,” Lampard said. “We attend competitions throughout the year; it’s an expensive sport all around.”

Lampard said the team is basically done now, so she is concentrating on individual vaulting for the World Championships.

Born and raised in Topanga, Lampard has always danced.

For years, she danced in the annual “Nutcracker” ballet in Topanga. She started out on the ground floor of “Move the World,” where she still performs on weekends and each year flies high above the stage on the silks in the MOMentum Mother’s Day performance with Lexi Pearl of FocusFish at the Theatricum Botanicum.

She even choreographed a touching dance called “The Youth Homeless Piece” at the Move the World-Dance Activism Teen Ball at the Topanga Community House in 2015.

Now a junior at the Manzanita school in Topanga, Lampard said she likes math, is a student leader and now mentors the eighth graders to become leaders.

“After high school, we are thinking I’ll travel and I don’t know quite know where to go to college but I’m gaining an interest in physical therapy,” she said.

Madeline gains her support from her father, Simon, older sister Amelia and her mother, Julianne, who drives her to her three-times-a-week vaulting practice on Wednesdays, Fridays and Sundays.

“I want to continue vaulting, dancing and choreography,” Lampard said. “It’s my dream to see where it takes me.”

If It’s Tuesday, This Must Be Russia

The Cat That Changed America Screens at TFI, October 19