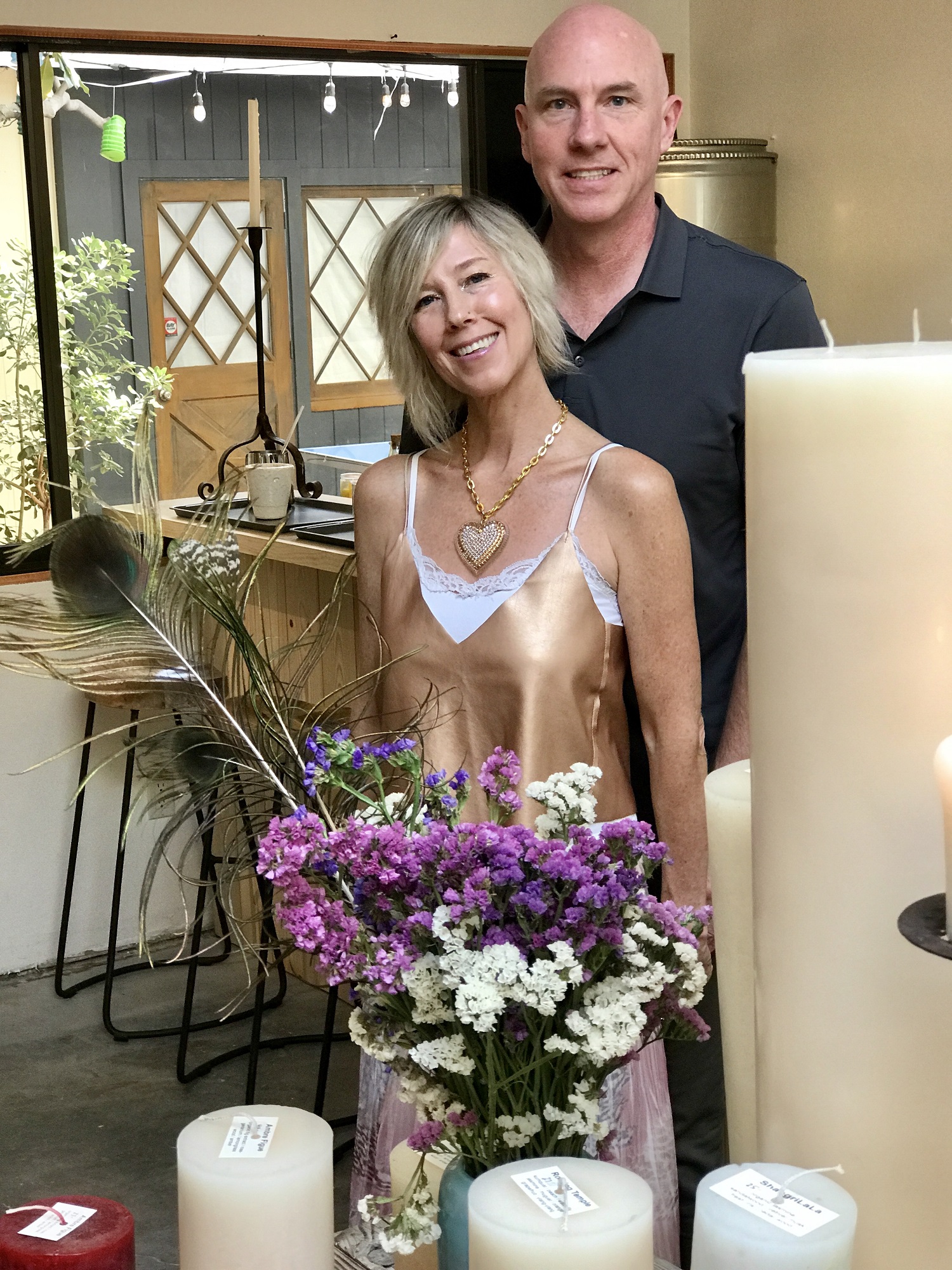 Dinah Englund and Tom Vogel have added a candle bar to Topanga Mercantile for people to make their own candles. Photo by Claire Fordham 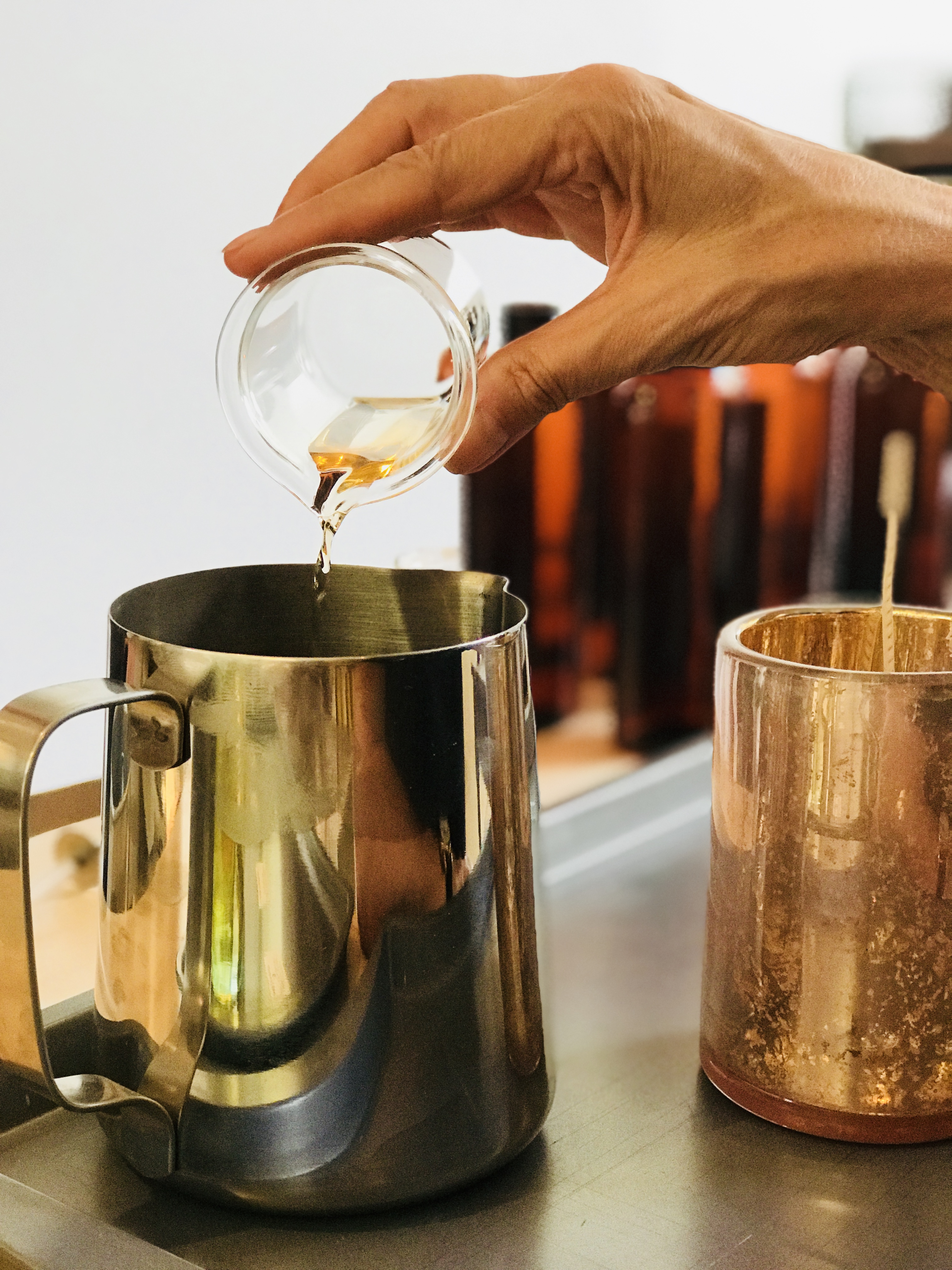 Candlemaking entails choosing a vessel to form the candle and adding a scent or two or three to the melted wax. Photo by Claire Fordham 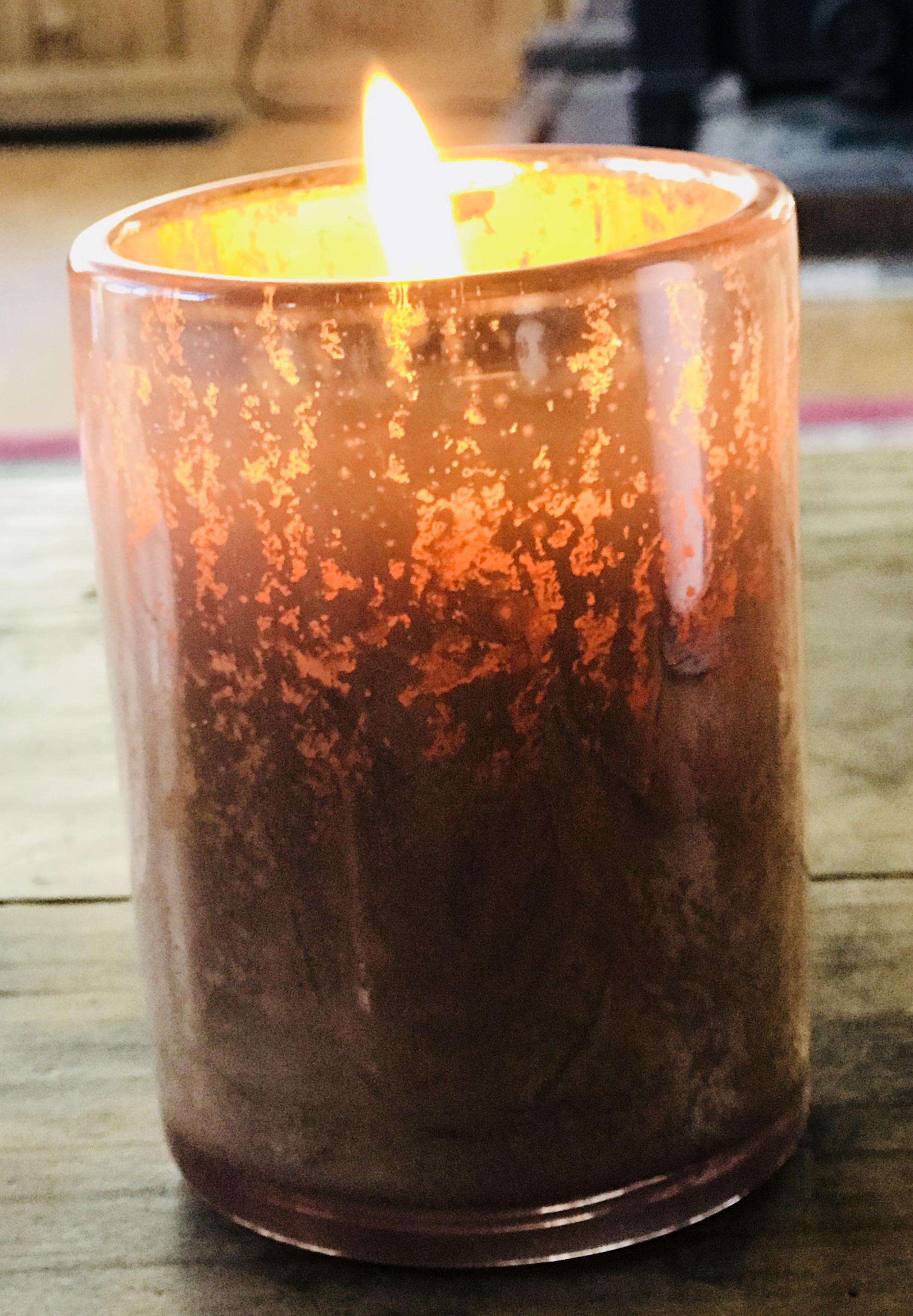 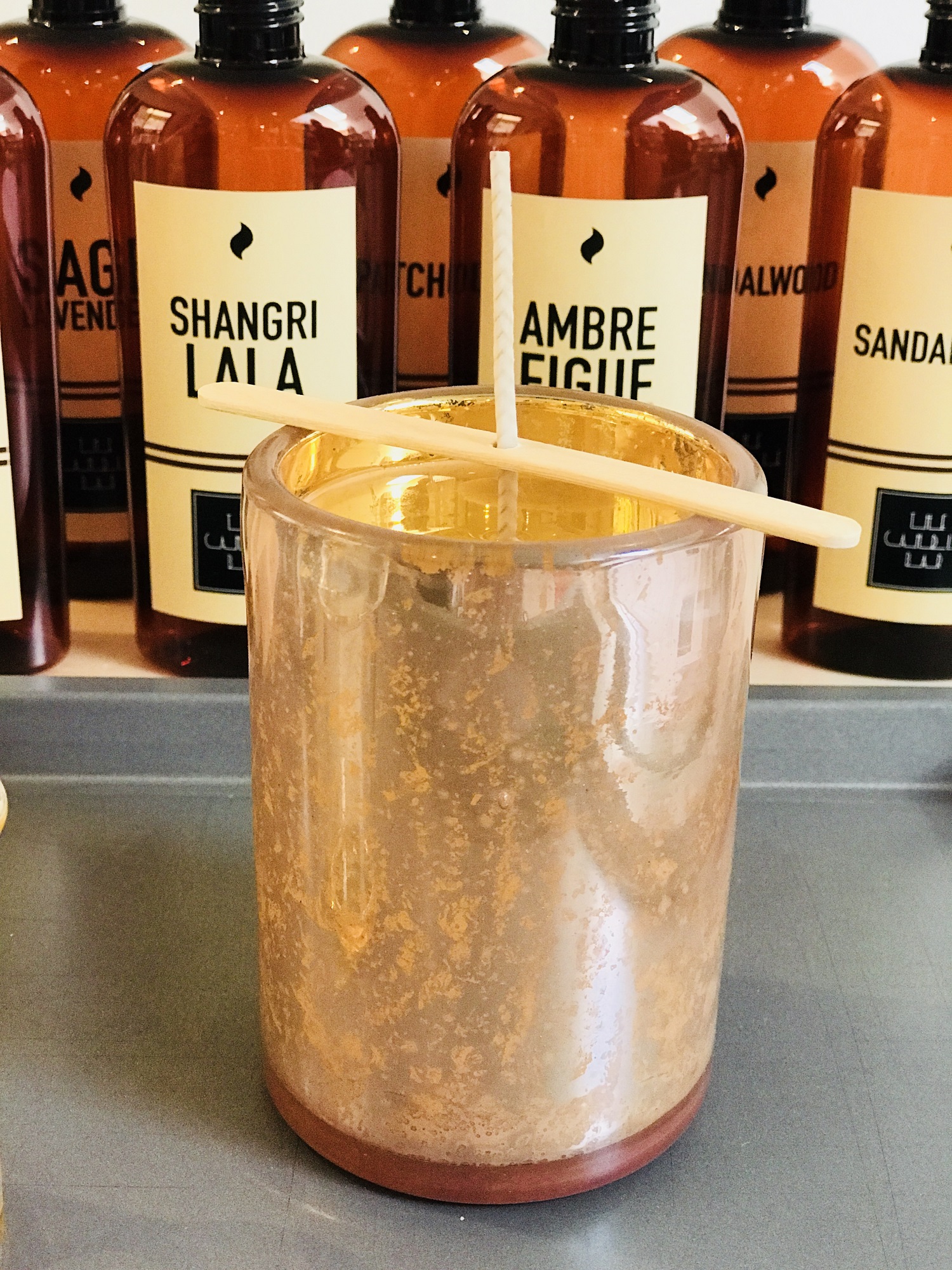 Renowned for their wonderful candles and crystals at Topanga Mercantile, Tom Vogel and Dinah Englund are now offering Topangans the chance to make their own candles at their new Candle Bar in the store under the guidance of master chandler Vogel.

“We can cater for eight candle makers at a time comfortably, and up to ten,” said Vogel. “I’ll guide the candle makers through the process. People can learn how to do it in their own kitchen or just make one as a gift or for yourself.”

As a frequent buyer of candles, your reporter accepted Vogel’s invitation to make one. It’s a fairly simple process and a pleasurable experience in Topanga Mercantile’s charming store.

Step one is to choose your fragrance from the 28 on offer. Vogel recommends mixing a maximum of four scents, with three being optimum. “Once you get beyond four fragrances, things get a little messy and confusing fragrance wise. I’ll step in, if necessary, to point out that it’s not a good idea to mix grapefruit and coffee!”

Vogel’s least favorite fragrance is cheap vanilla. “I want to throw up when I walk past cheap candle shops in the mall. We do have a French Vanilla bean that I love.”

I, too, love citrus notes so chose one of Topanga Mercantile’s four signature fragrances, Roaring Temple, that includes citrus.

Step two is to choose your vessel. They start at $45 and go up to $65. The price includes the making of the candle, wax (paraffin, soy or bee), and the wick. Vogel has 18 different sized wicks. Cheap wicks, wax and fragrances make for a bad candle that creates a lot of smoke.

“A smoking candle means it’s made from inferior wax, synthetic fragrance or not with a cotton wick. Our fragrances are blended with100-percent organic essential oils.”

Step three is to mix your fragrance in with the hot wax in your own jug and pitcher that are provided. It’s not hot enough to burn you, if you spill some, so anyone from the age of five can do this.

“Step four is to drink!” said Vogel. “We had a trial run with a group of seven women who brought wine, had the event catered and turned it into a party.” Chandlers are encouraged to bring their own bottle of wine, if they’d like to. The making takes about 45 minutes. Then about an hour and a half for the candles to set. I left mine to set, collected it later and absolutely love it.

Candle making isn’t just for women. “We have masculine fragrances, too, like fig and amber,” said Vogel.

The candles on sale at Topanga Mercantile cost from $11 to $1,100. Their biggest and most expensive candle is in a big old ammunition container. It has 32 wicks, 74 pounds of soy wax and 4,300 hours of burn time.

Perhaps Topanga Mercantile’s greatest gift to the planet is that they will refill your candle vessel for a fraction of the cost. “We’ll clean it out and refill it with any fragrance and wax you want,” said Vogel.

It costs $12 per pound of wax to re-fill your vessel. “None of our candle vessels should go in a landfill as you can keep filling it up. We’re very eco-friendly.”

Vogel’s partner, Dinah Englund, had wanted to expand the store to include a “home” department but Vogel’s Candle Bar idea won the day.

They are starting the candle making on Saturdays, Sundays and during their Friday Happy Hour. “When it takes off, we’ll probably do it every day,” said Vogel. “People can go on our website to sign up.”

While Vogel is the master chandler at Topanga Mercantile, Englund has her own responsibilities and it’s her flair and sense of style that has created the popular store. She’s also running their new Zen Den and still wants to expand the business to include Topanga Home.

“In our journey of discovery here at Topanga Mercantile, we learned that our customers want wellness and spirituality in a really grounded way so we’ve created our Zen Den where often times we will just sit around and chat and we have regular sound baths with Avery Whitmore using our crystal bowls, crystal water, incense and sage. I wanted a place for people to just come and be.”

Naturally, Topanga Mercantile smells as wonderful as it looks and feels.