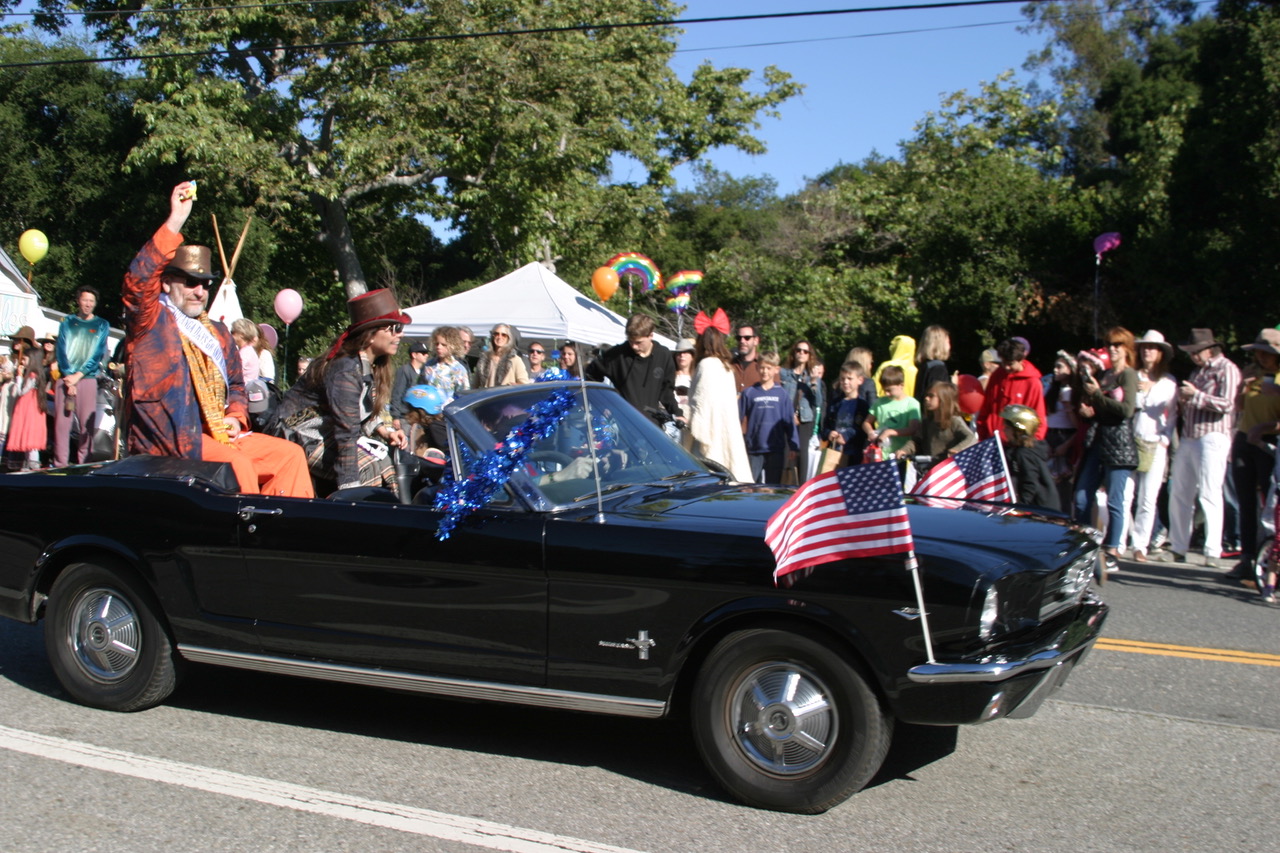 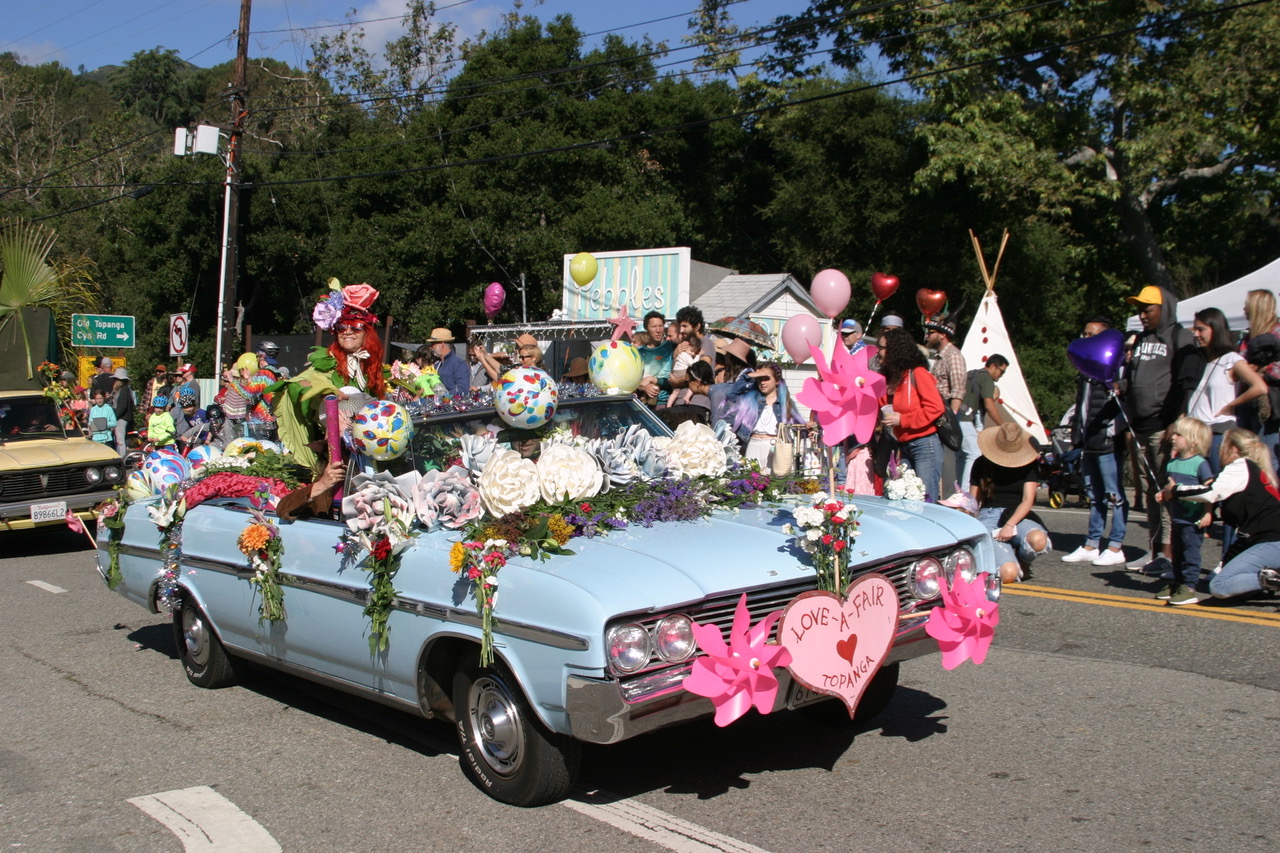 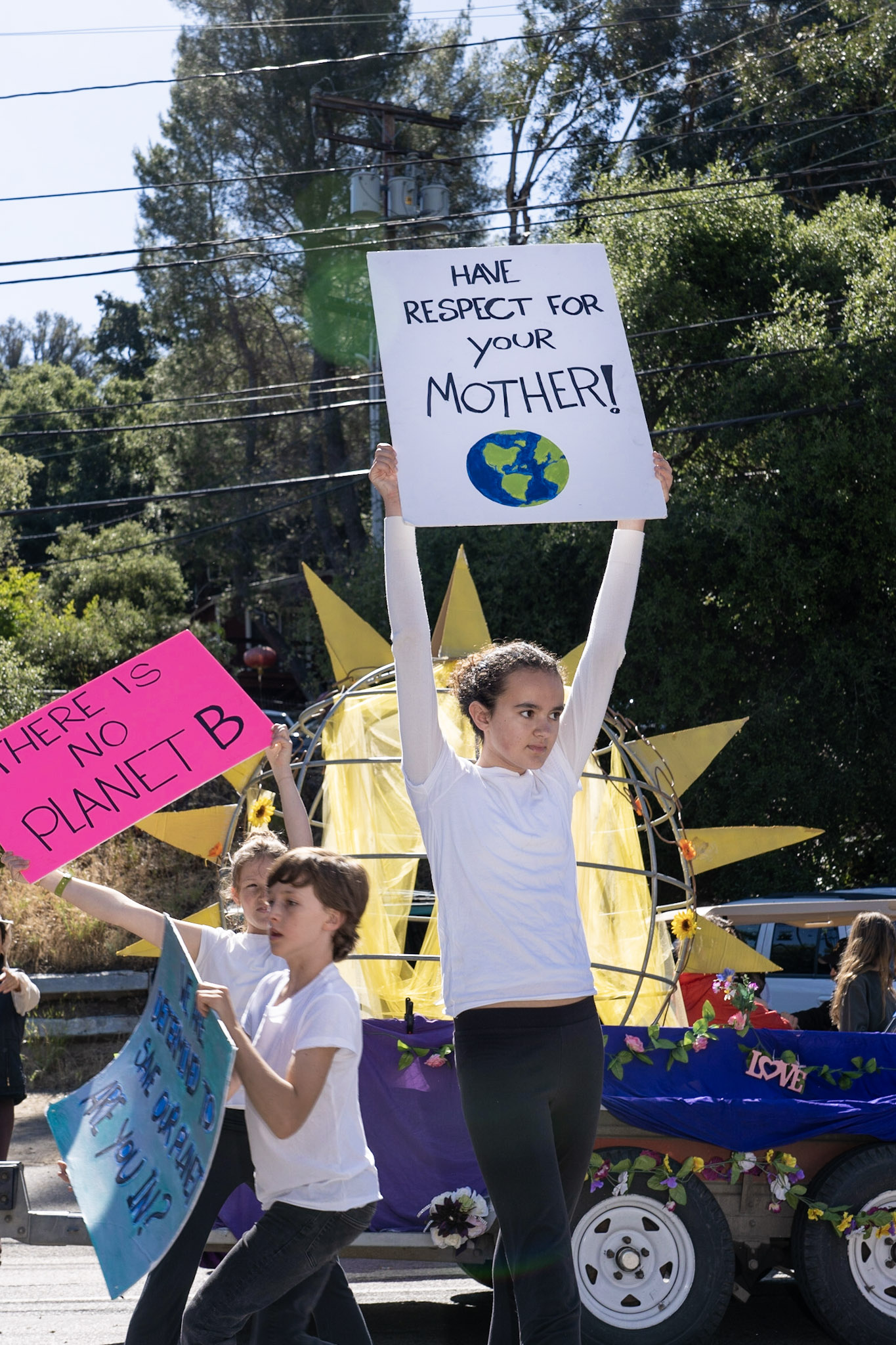 Move the World's float featured their earnest dancers with a cause. Photo by Vera Lin 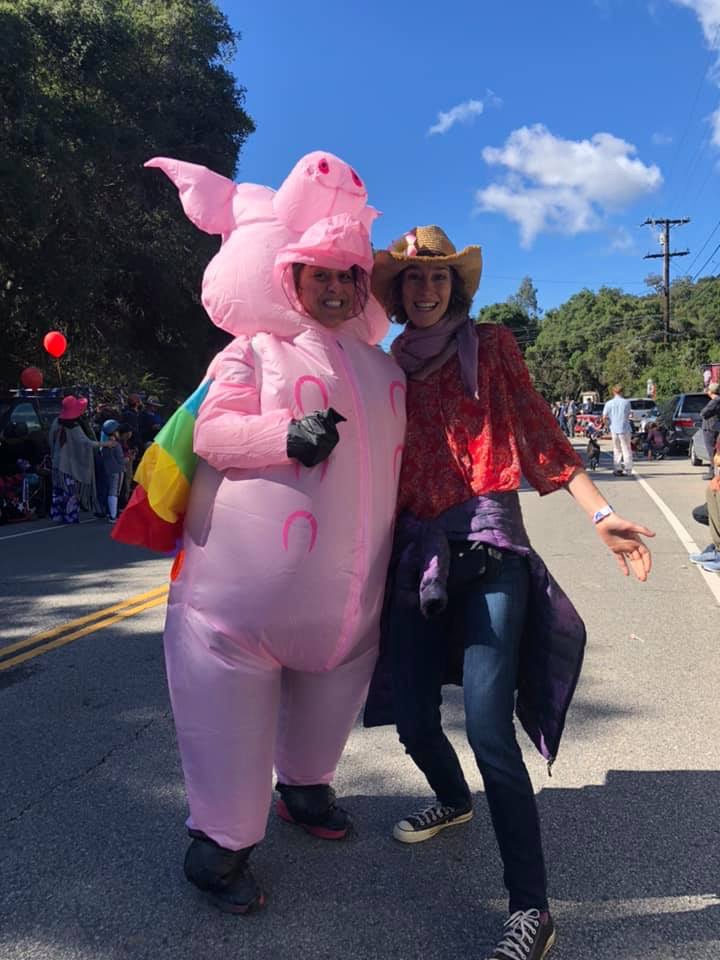 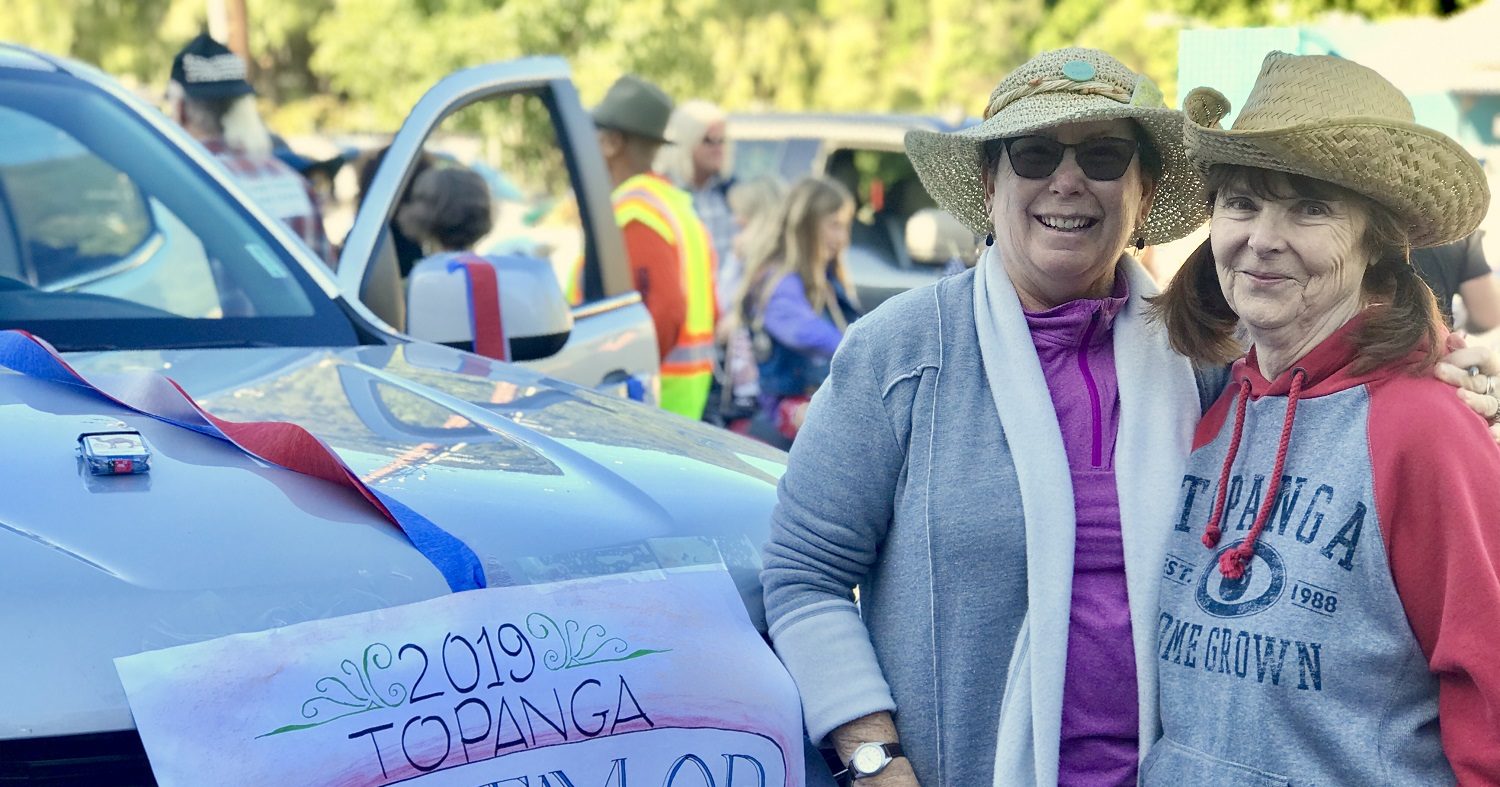 Tam Taylor, citizen of the year. Photo by Jenni Klemp 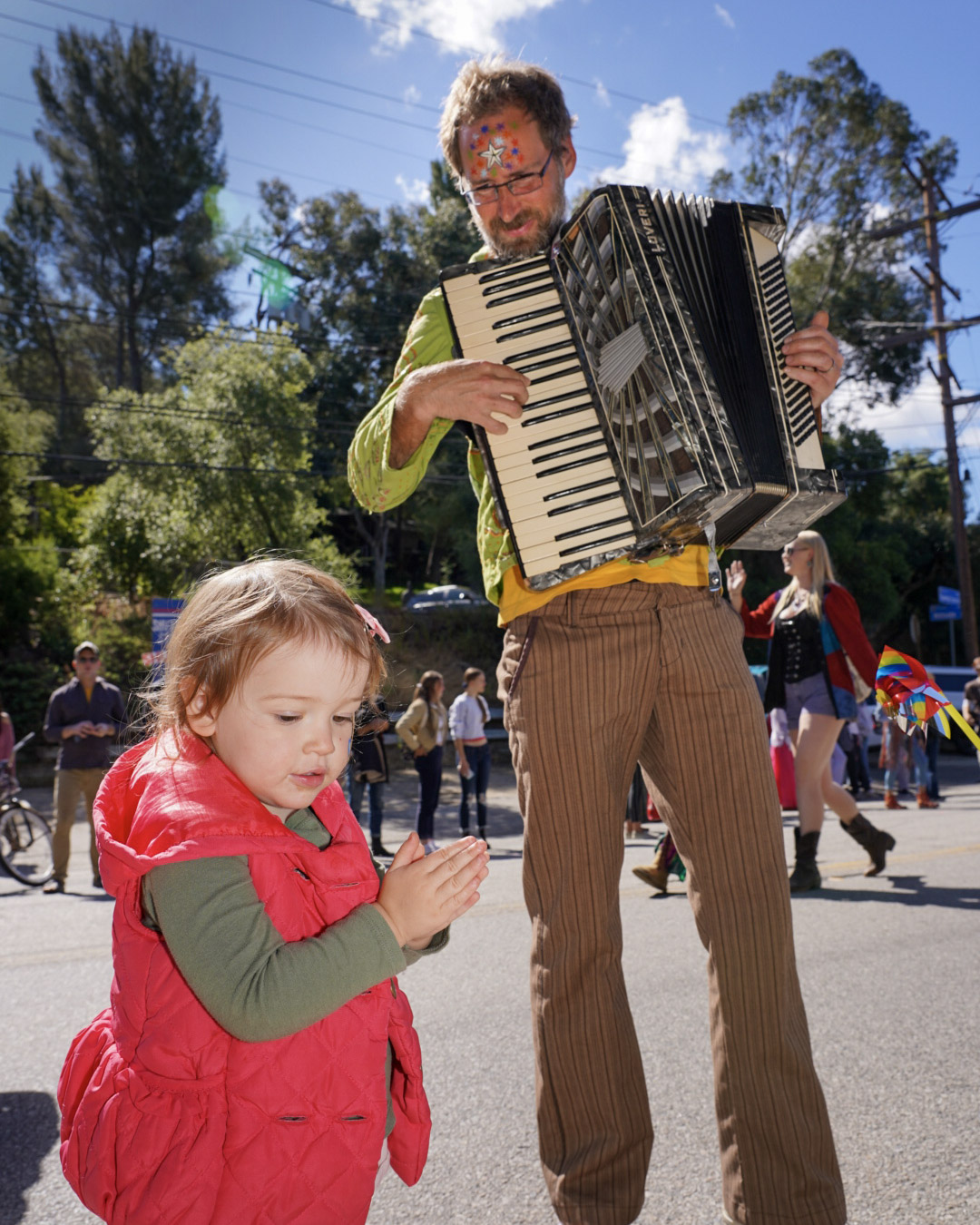 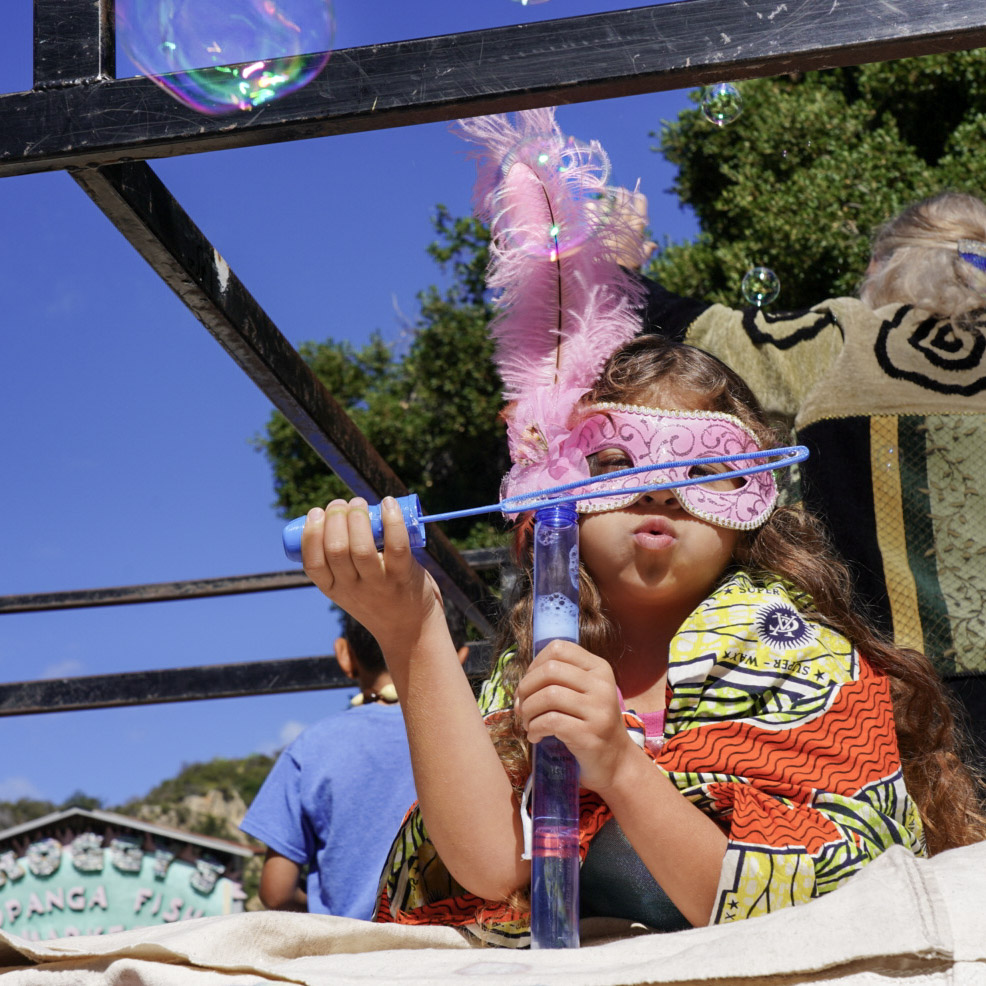 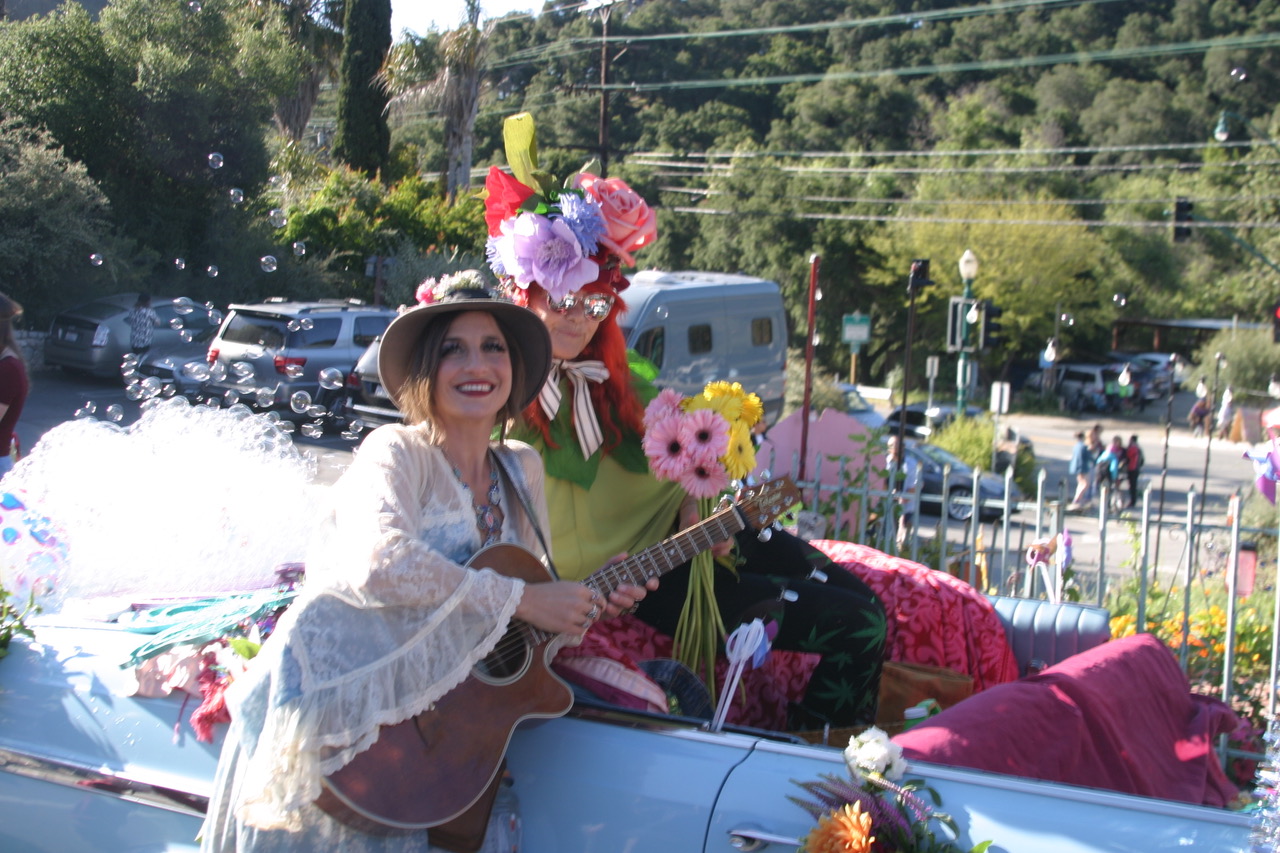 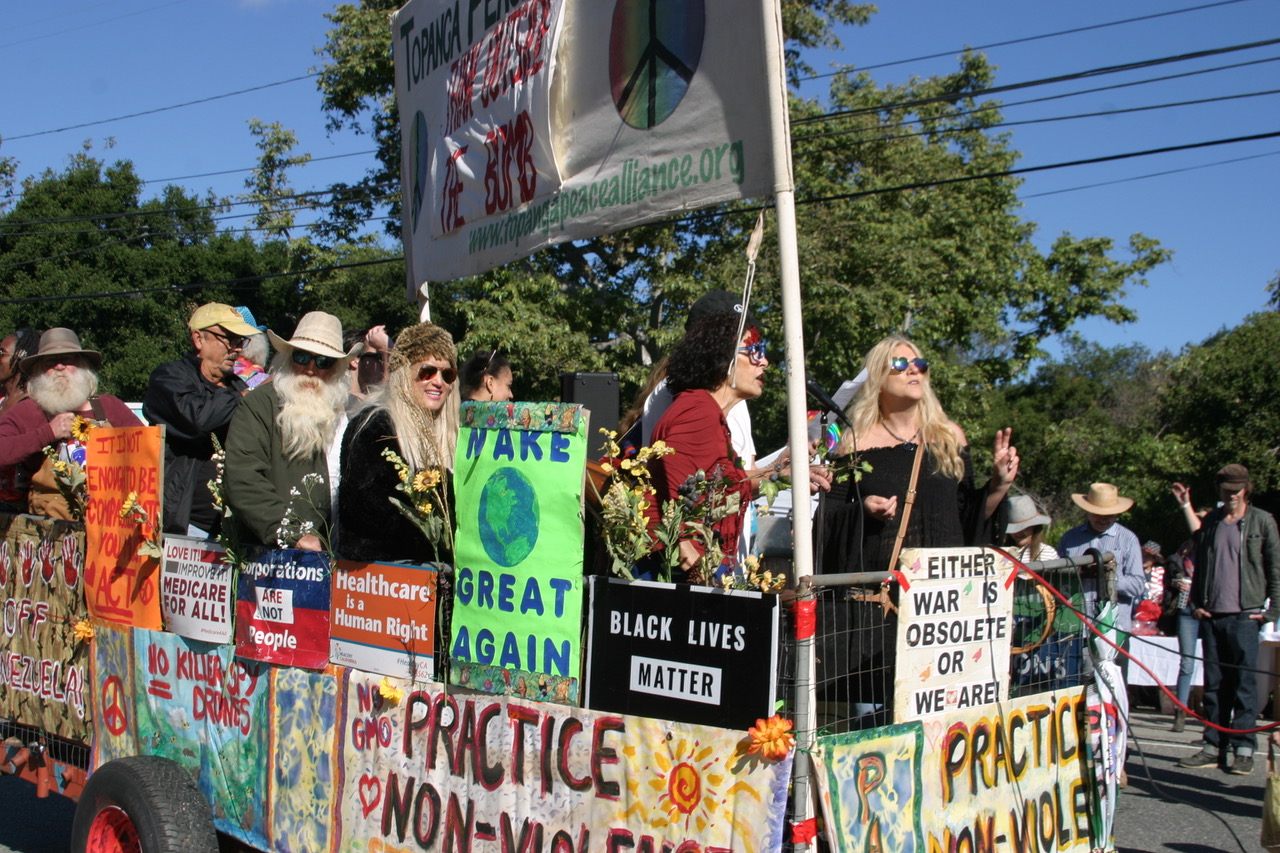 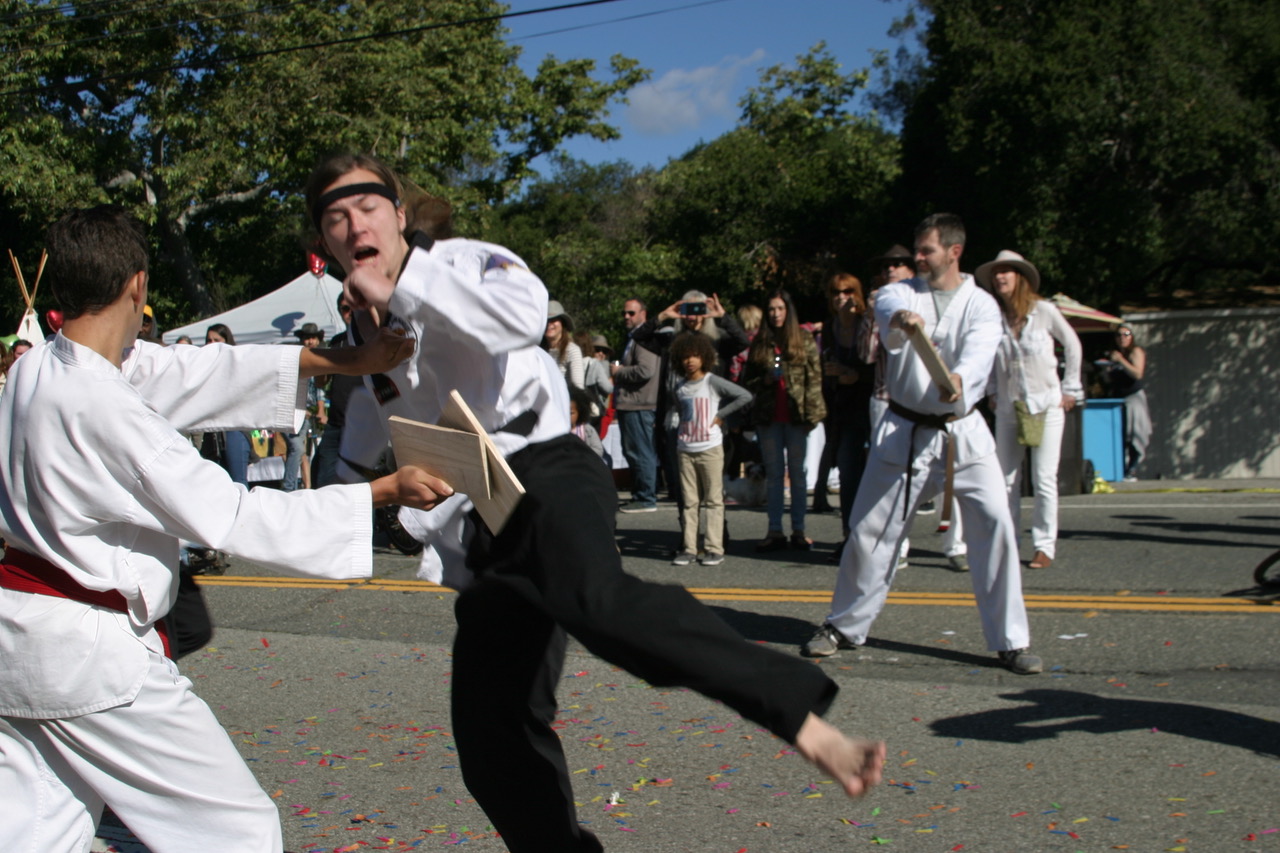 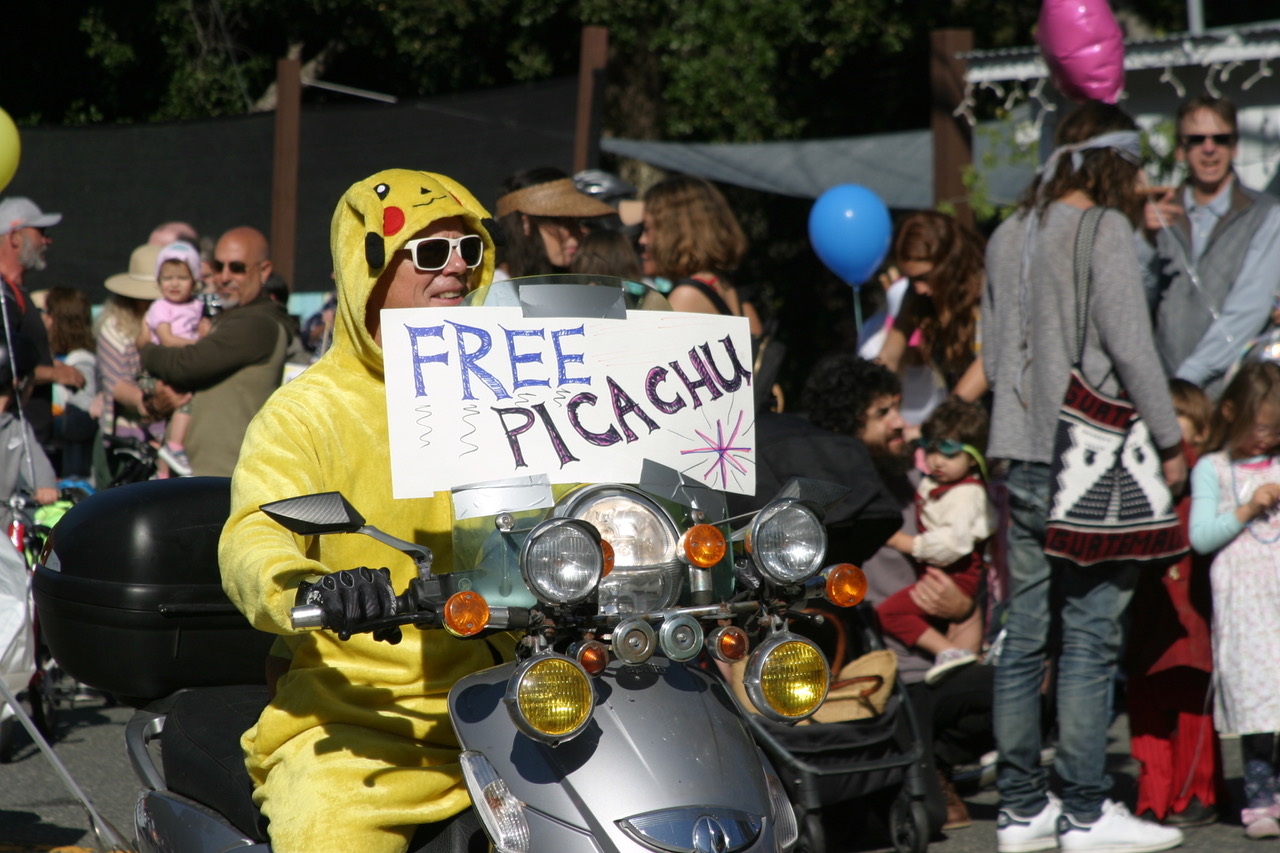 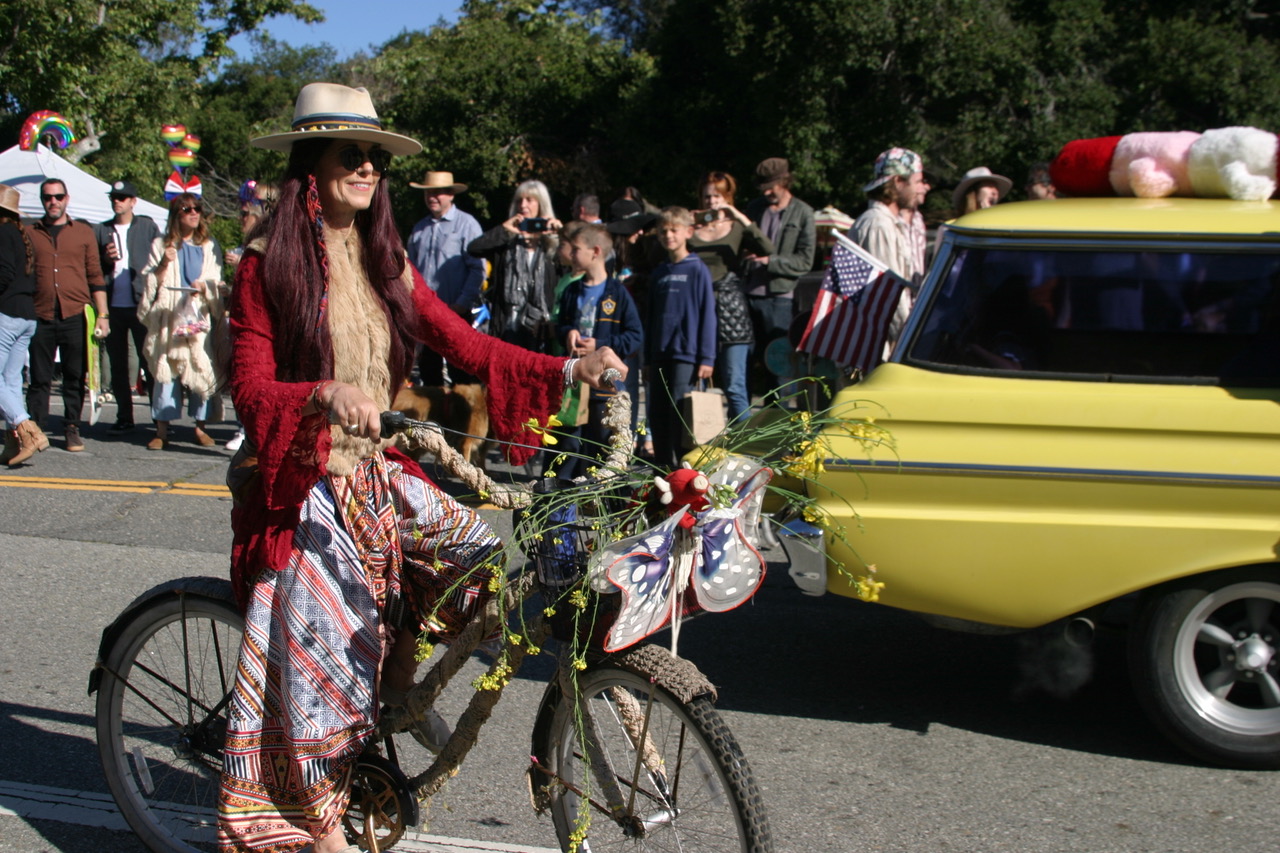 Dianne Porchia decorated for the parade! Photo by Annemarie Donkin 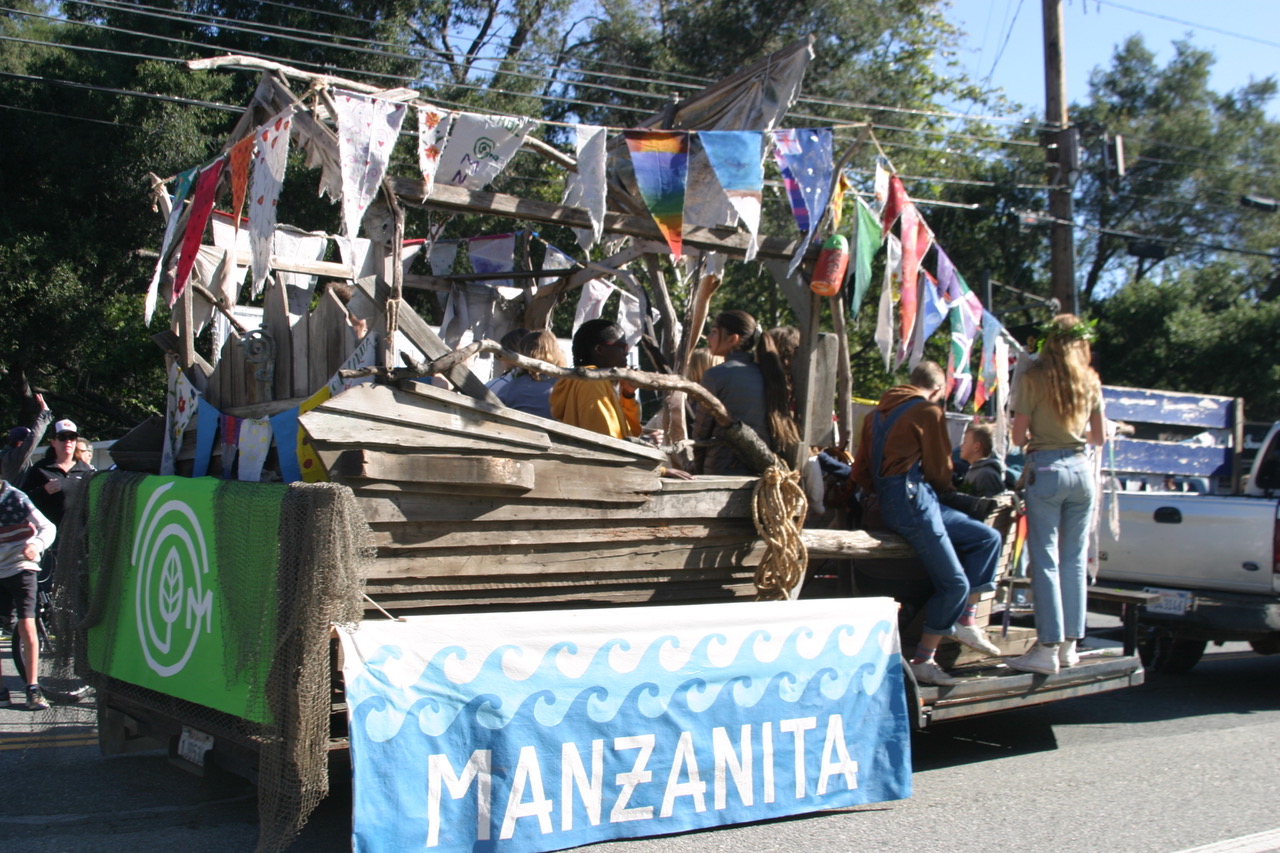 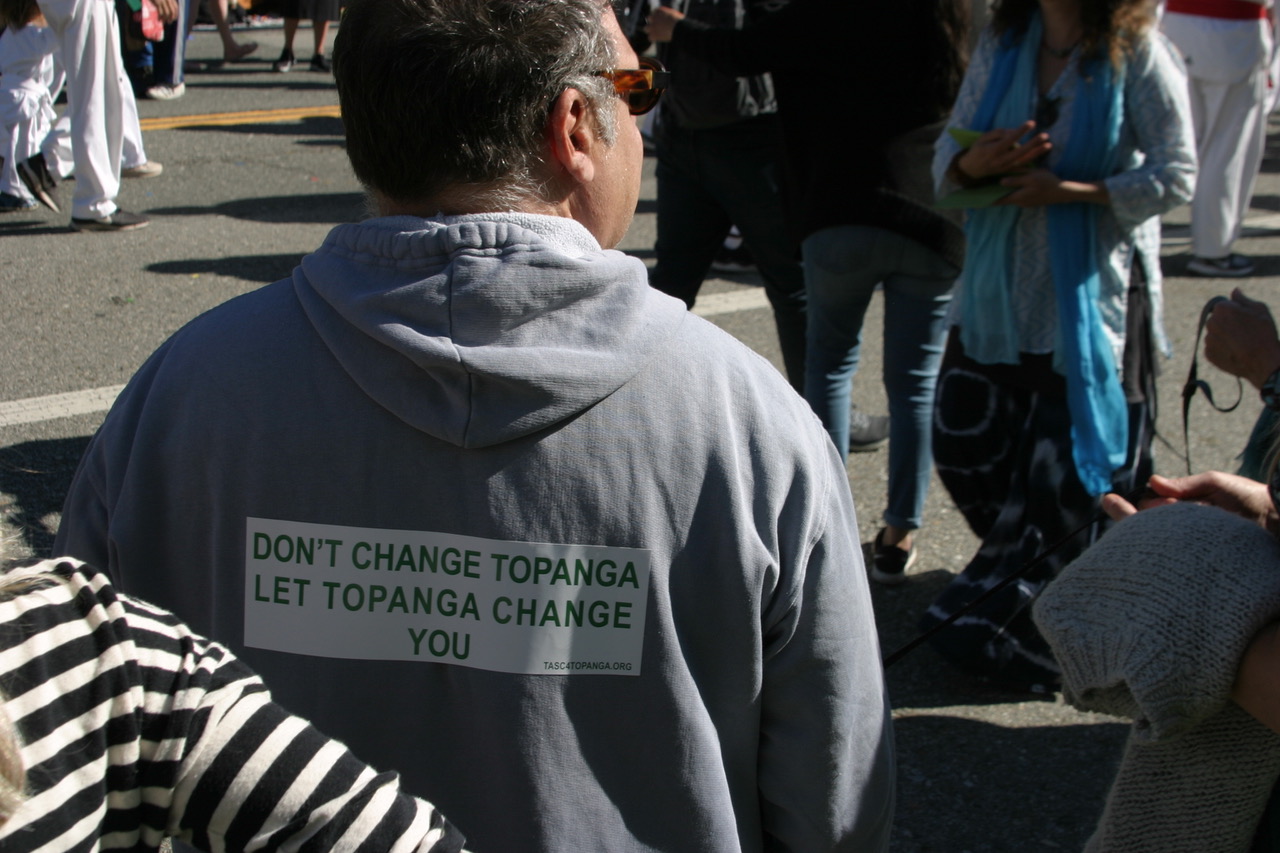 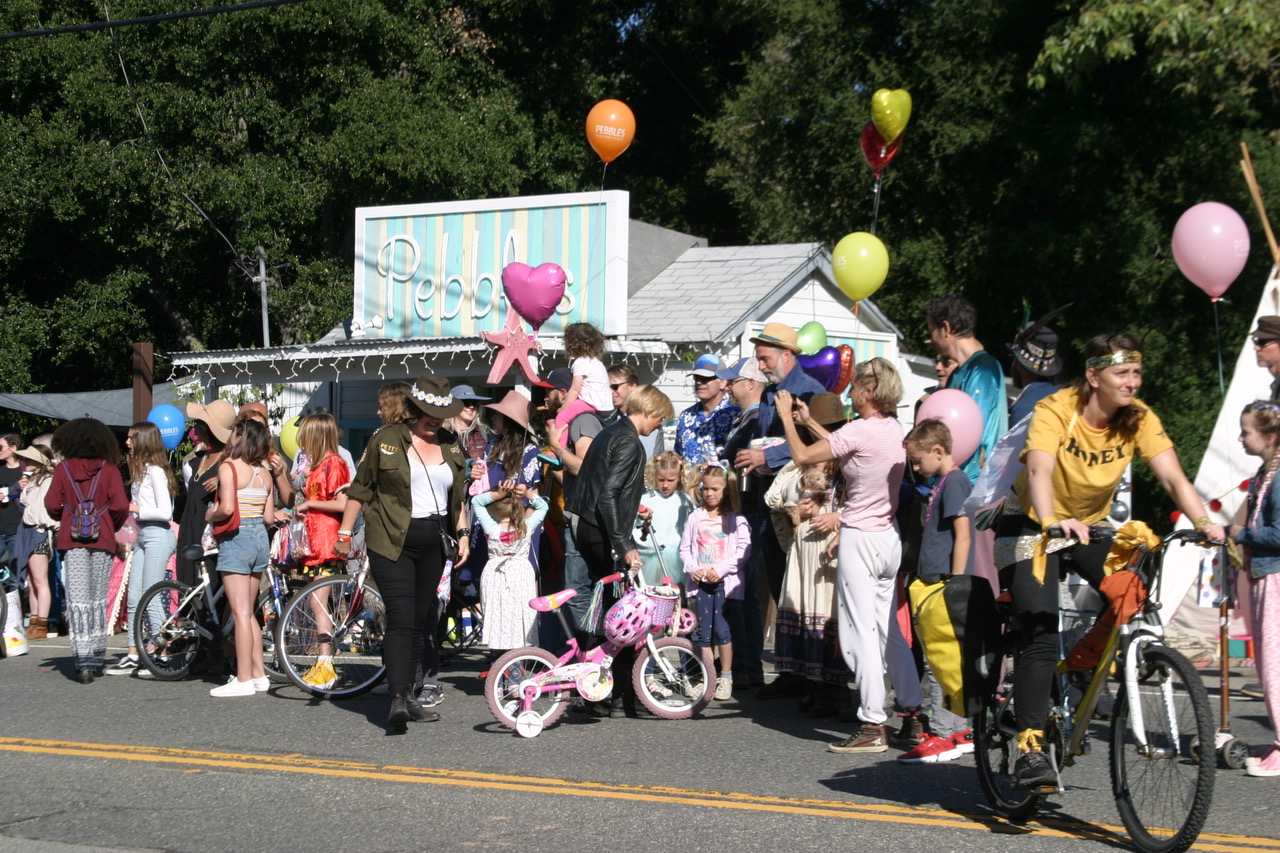 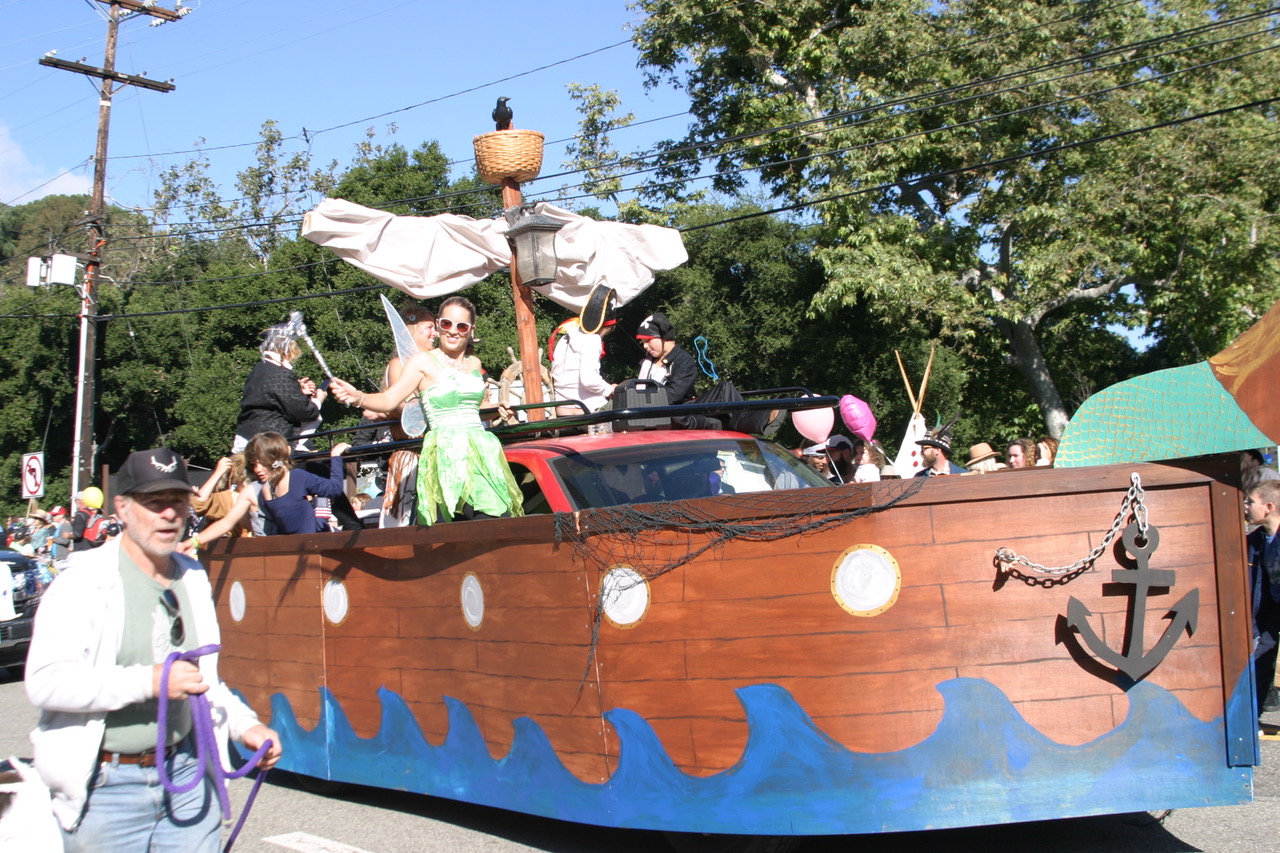 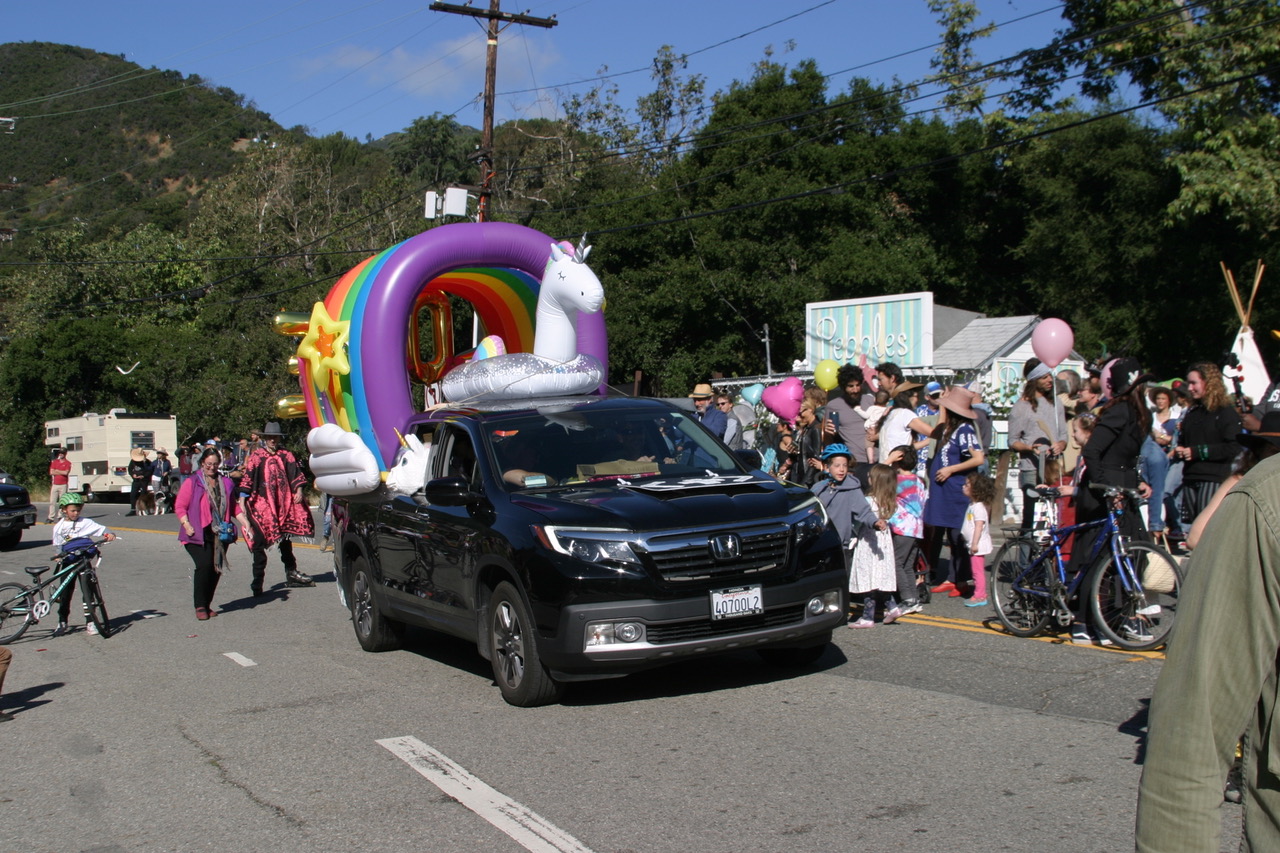 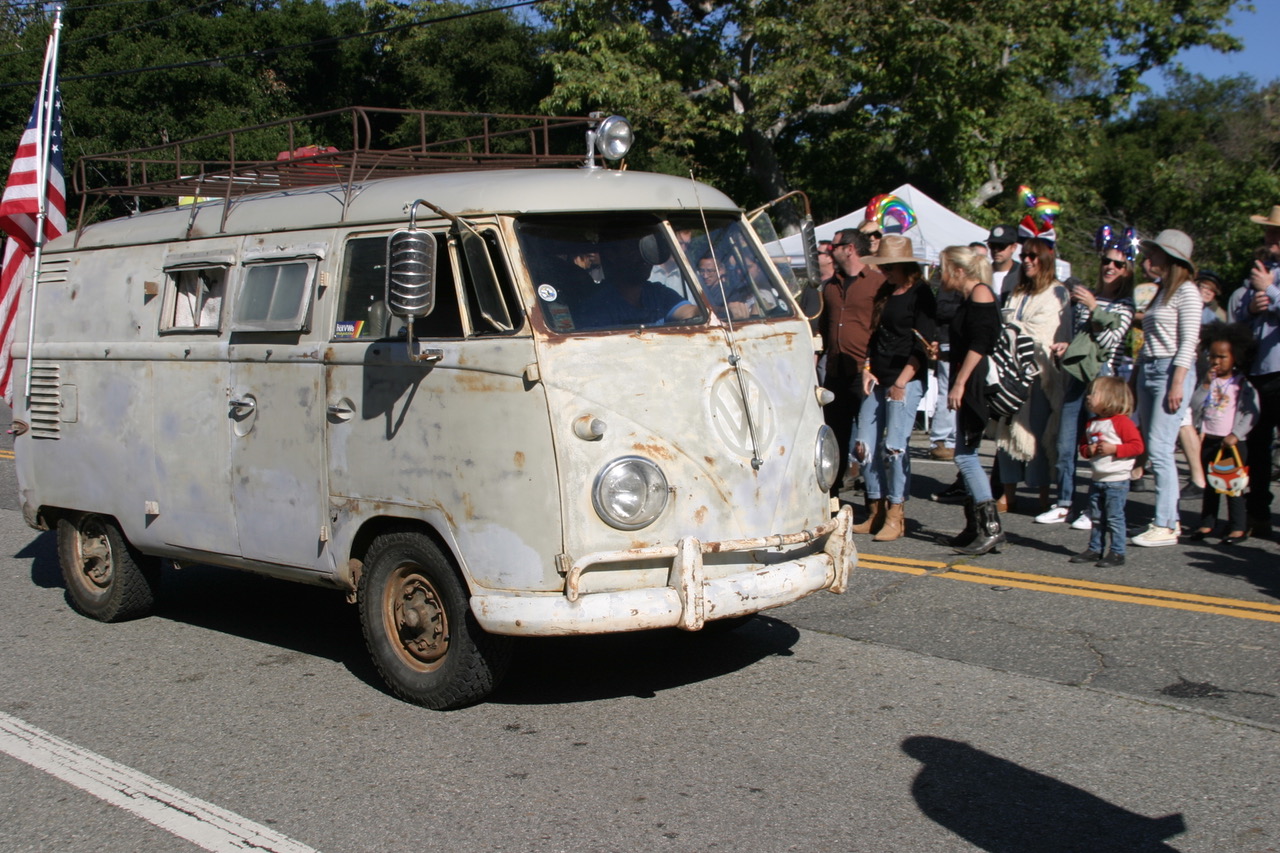 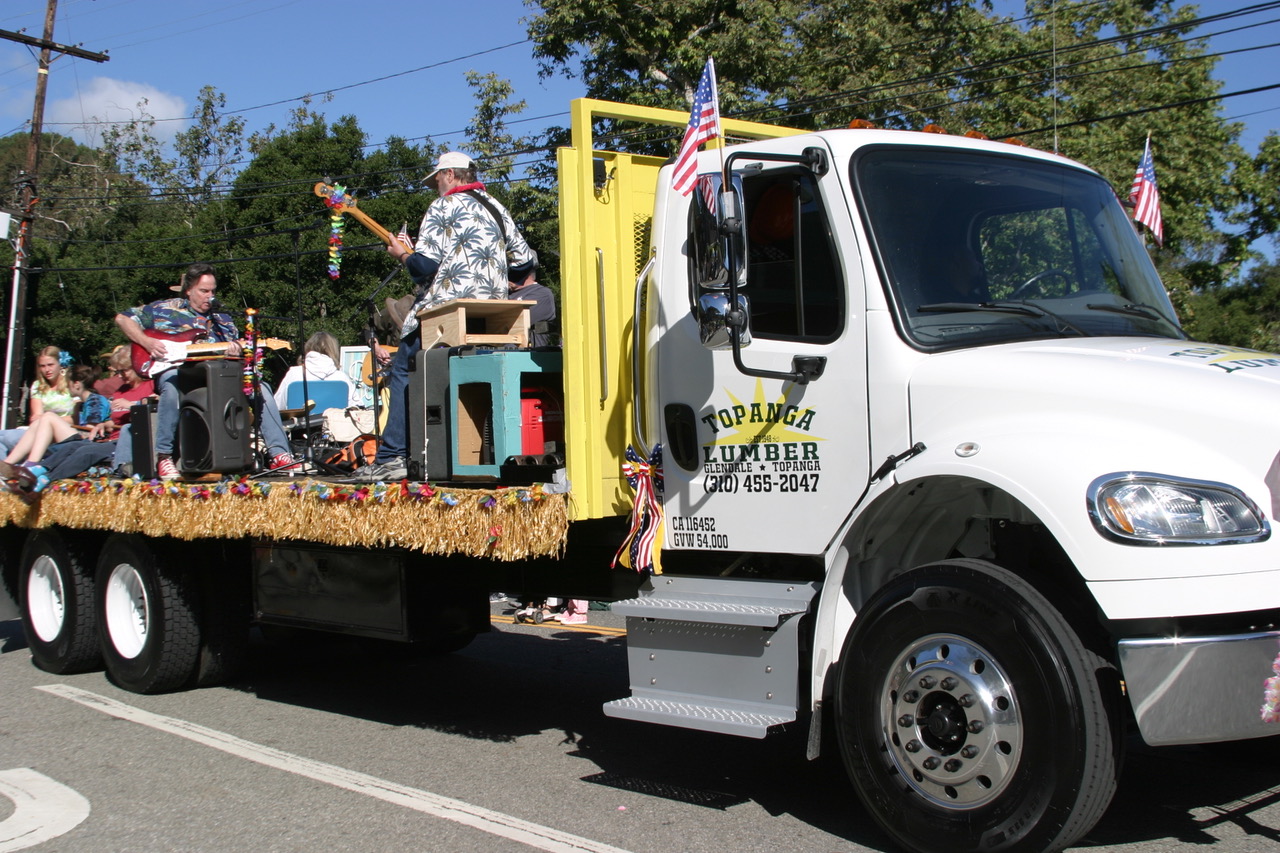 It was very early on Memorial Day as a pale sun peeked through the clouds and already there were many happy folks in costume, kids on bikes, people with dogs, and vehicles and trailers of all kinds gathered on Monday, May 27, at Pine Tree Circle preparing to roll down Topanga Canyon Boulevard toward the Community Center.

Leading the parade, Grand Marshall Colin Hay, and his wife, singer/songwriter Cecilia Noël, waved and smiled from a vintage black Mustang. The timeless appeal of Hay’s voice and songs is familiar to millions as front man, songwriter, and vocalist of the pop band, Men at Work

The 2019 parade boasted a full house of motorcycles, tons of dogs, a white goat, a rainbow, peaceniks, Basset hounds, the firefighters of Station 69, Gidget’s Flower Power convertible, Topanga Martial Arts students demonstrating their skills, and the “Topanga Flatbed Surf Band” that made this parade a joyful ritual to kick off the summer.

The parade itself harkens back to its roots during the heady, hippie-dippy days of 1973. As in years past, there was plenty of candy thrown from the floats, much to the squealing delight of the kids who ran out to collect it all.

At the very end, a huge cheer went up for the crew of Topanga’s own Engine 69, who are the heroes of the Canyon every day of the year.

The parade ended at the Topanga Community Center, where the festival continued with a Flag-raising ceremony when Boy Scouts, Cub Scouts, and veterans presented the colors and welcomed members of the military, and a rendition of “The Star-Spangled Banner,” performed by The Brothers Gage.

Increase in Homeless Count Does Not Deter Supervisor Kuehl