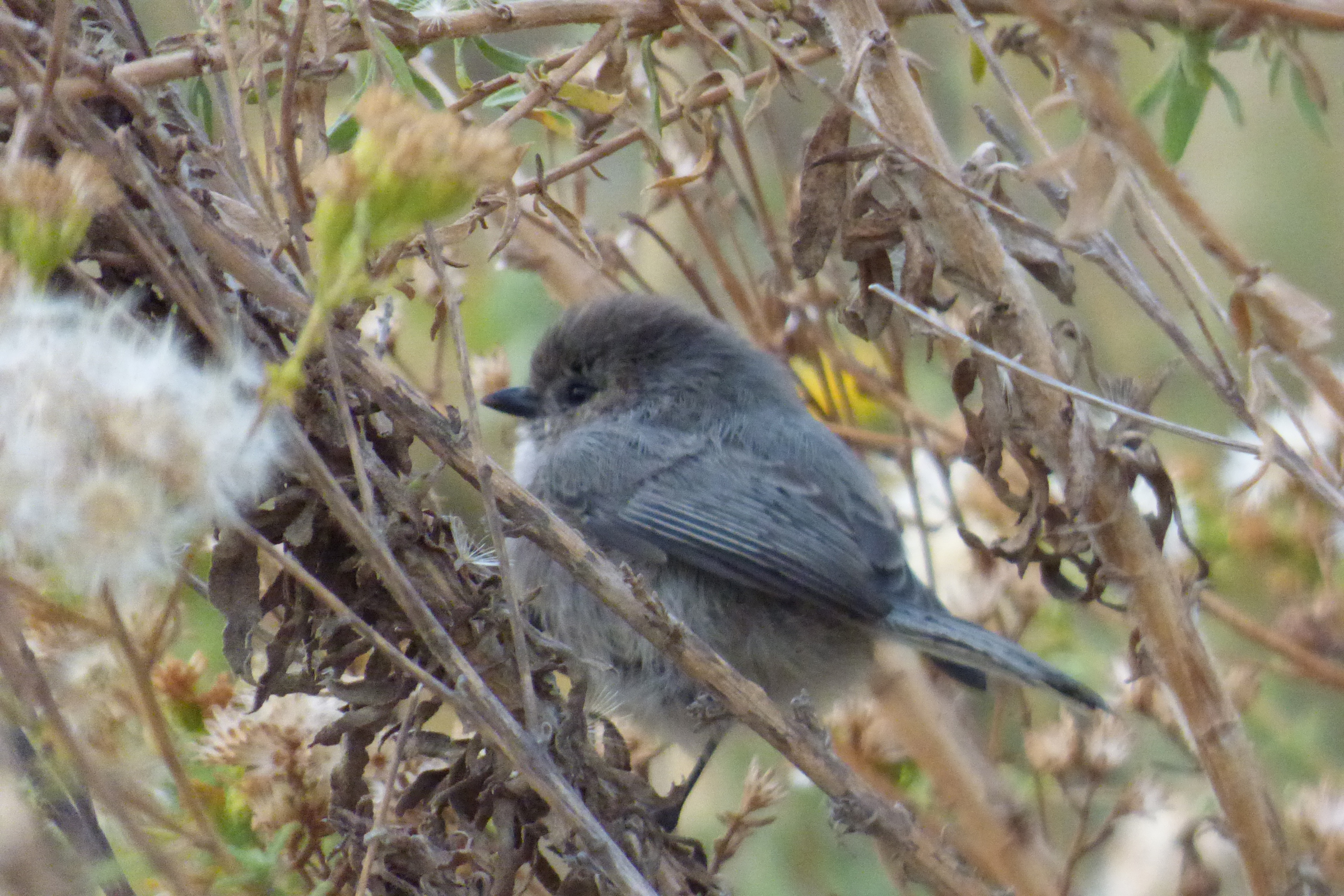 The tiny bushtit, hardly bigger than a hummingbird, makes its presence felt with poppings and twitterings as it searches for food among the shrubs in the garden. 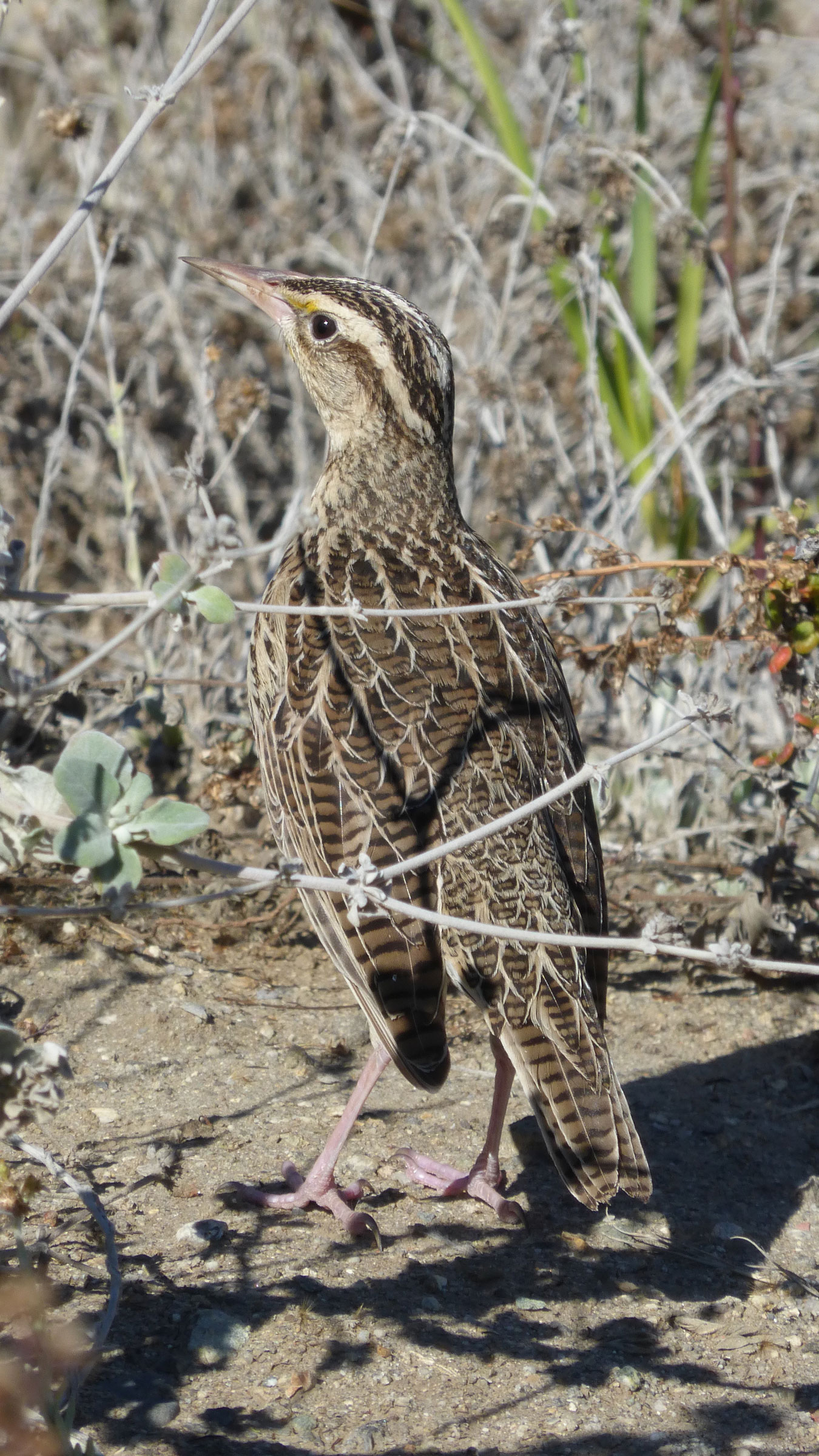 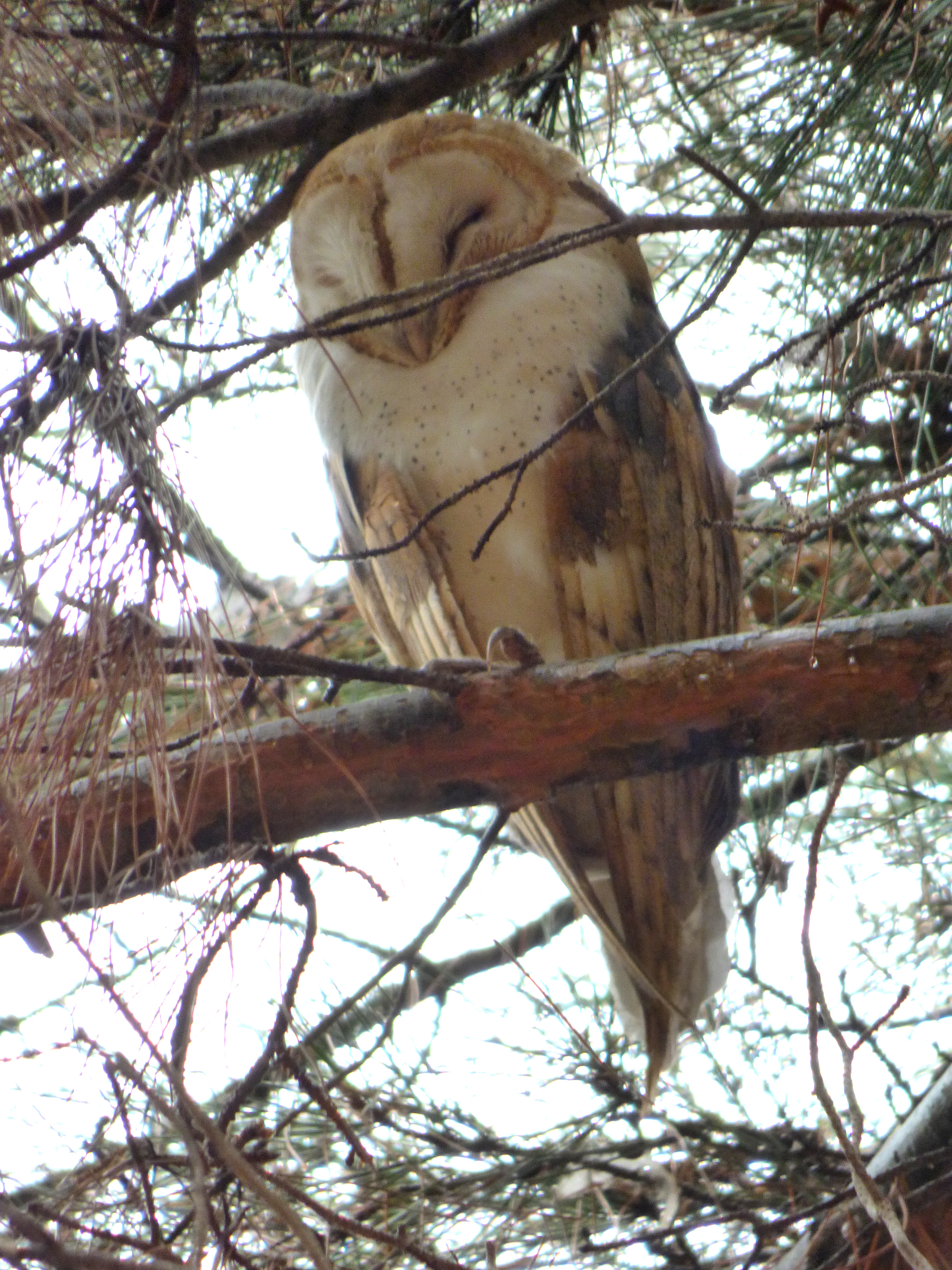 Barn owls are year-round residents, but they are often easier to spot in late autumn and winter when they begin seeking mates and nesting. This species co-exists with humans, often making use of barns, attics, and sheds for nest space. They are also a number one victim of rodenticides because they prey almost exclusively on mice, rats and gophers. 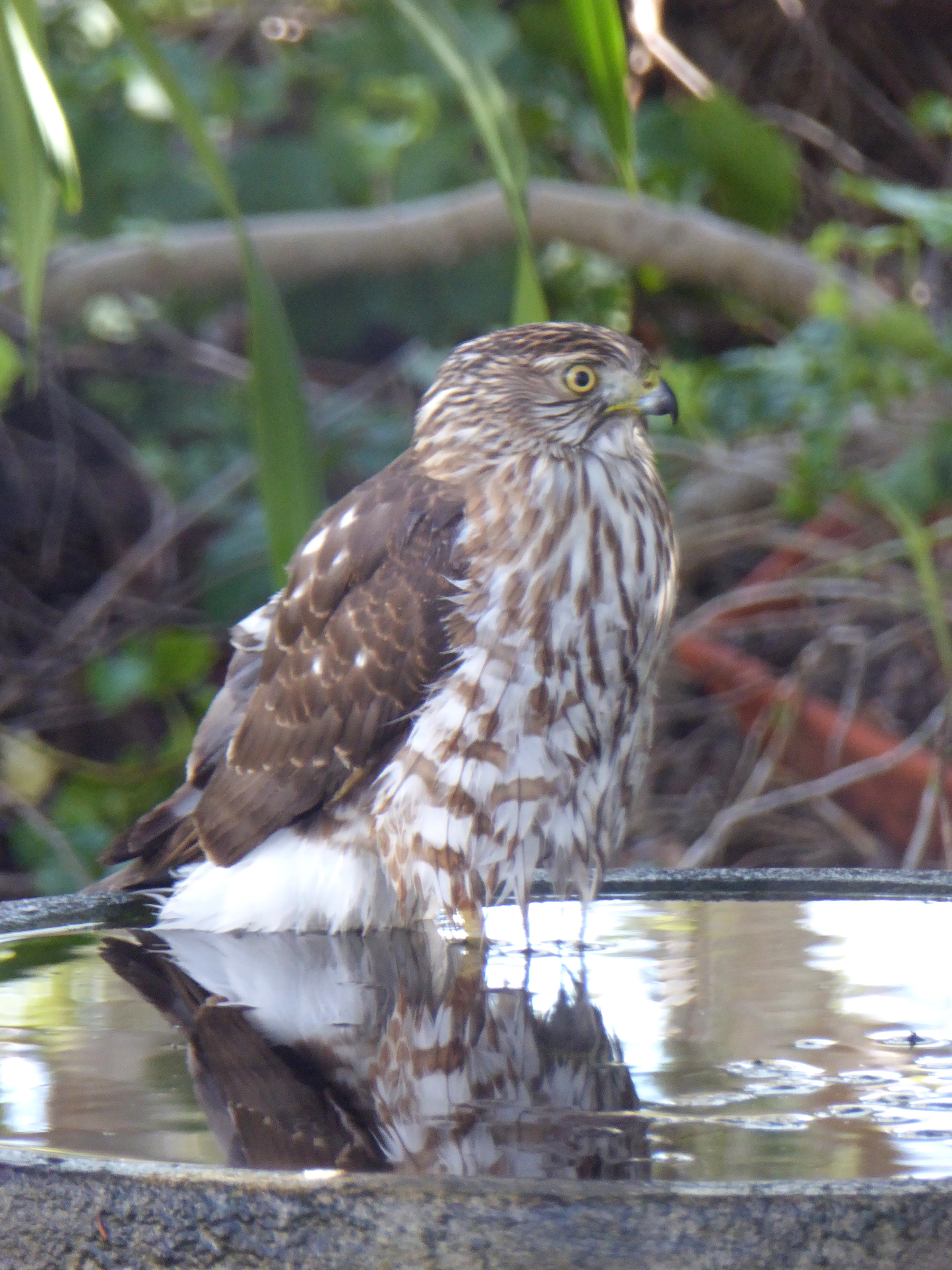 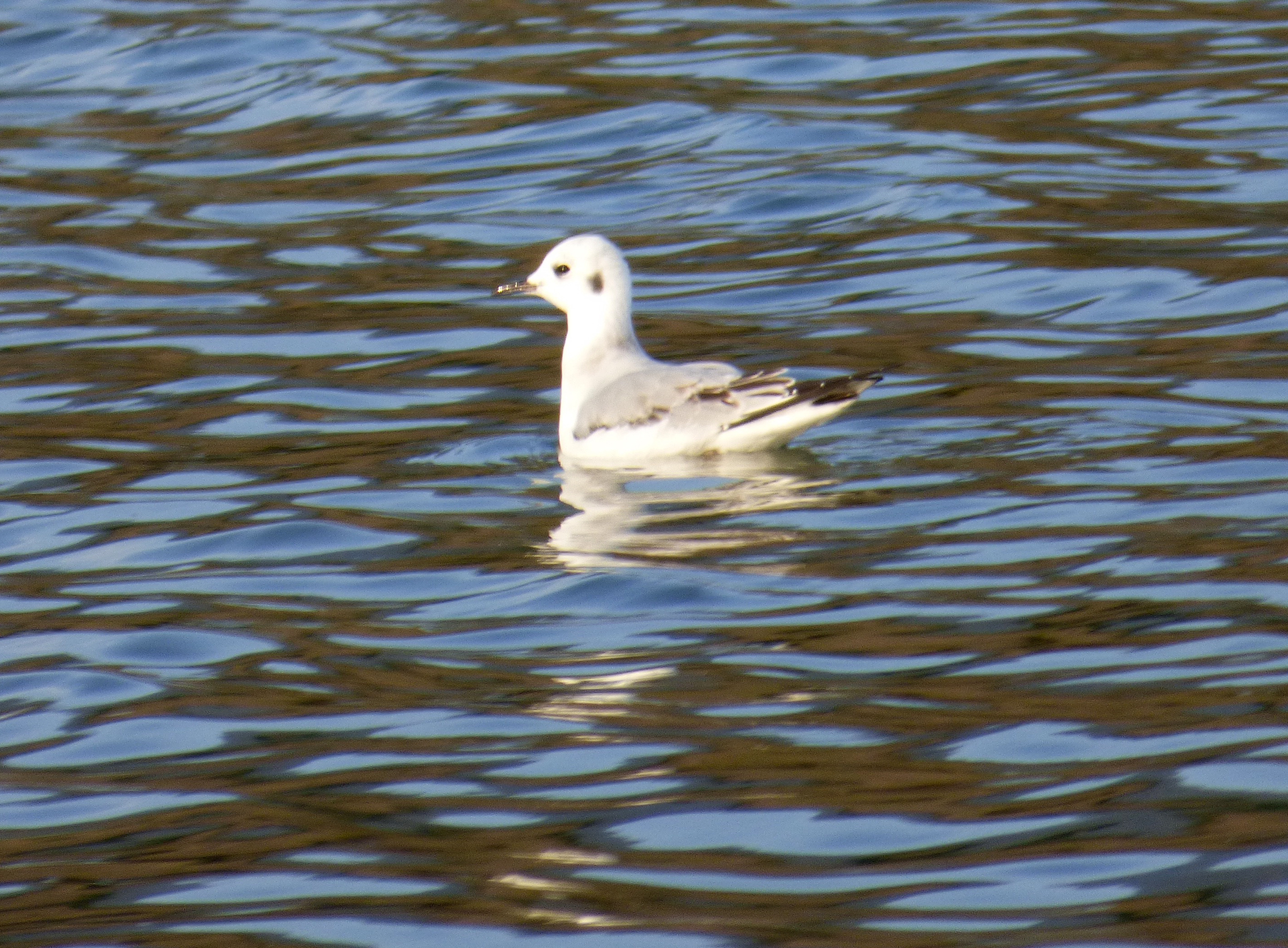 Bonaparte’s gull is a winter visitor at the Malibu Lagoon. 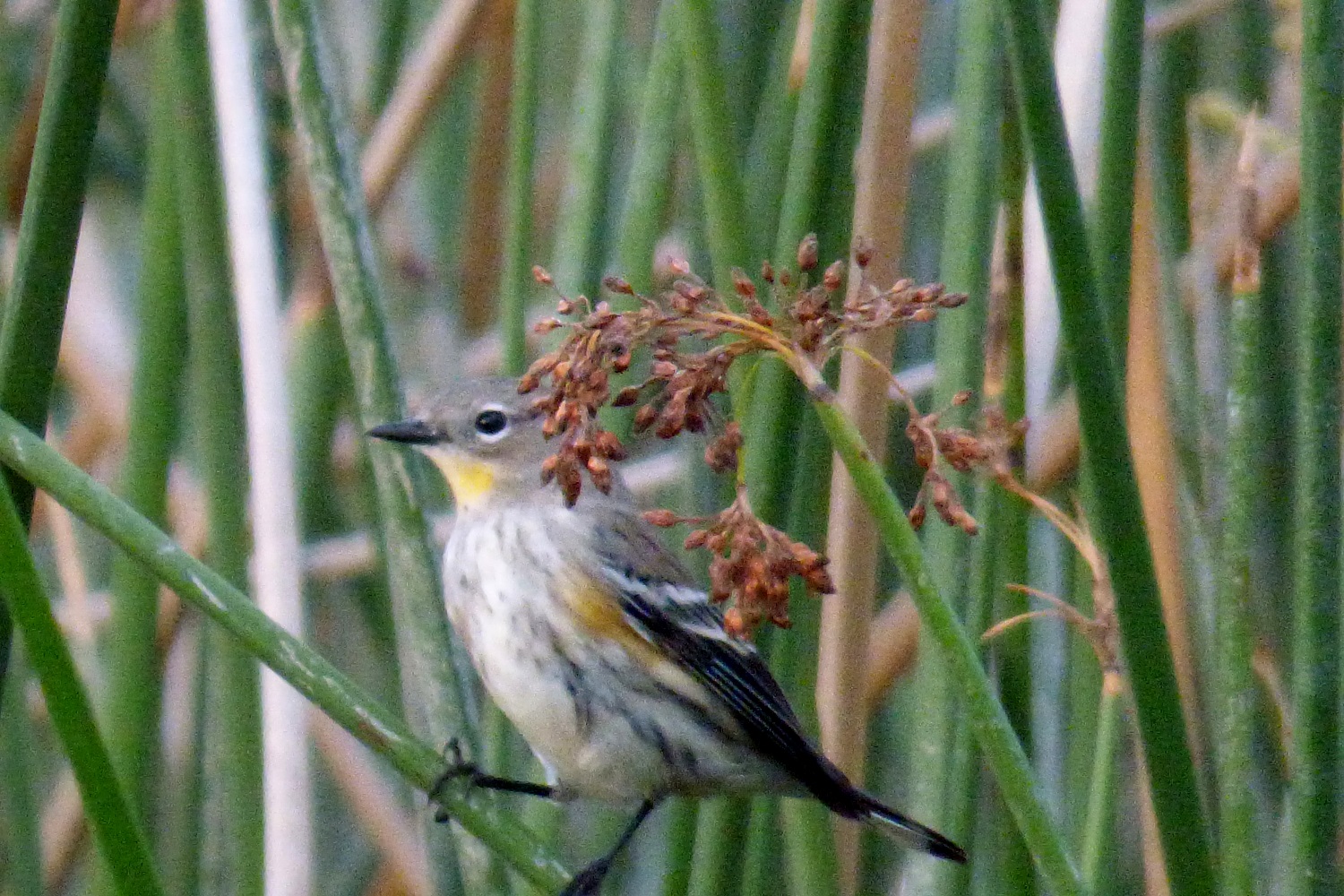 A yellow warbler, one of the most common winter birds in the area, and a sure harbinger of winter, no matter what the weather is like.

The poets of more northern climates lament the departure of the last songbird in autumn, while in the Santa Monica Mountains, residents rejoice in the arrival of the same birds, species that are either migrants passing through on their way farther south, or seasonal residents, arriving at their winter home.

According to the National Park Service website, more than 380 species of birds have been recorded in the Santa Monica Mountains National Recreation Area. That’s nearly half the species found in North America. It’s estimated that around a third of those species reside here. That’s a lot of birds, but during spring and fall migration, millions of birds may pass through, traveling the Pacific Flyway along the west coast of the North American continent.

Many species fly vast distances on their annual migrations. Some fall and winter bird visitors are on their way from the Arctic Circle to South America. Every year, this area also receives some unusual travelers: occasional visitors from the Eastern U.S., and sometimes even from Asia; vagrants that have traveled vast distances.

The Malibu Lagoon, a birdwatching hotspot, often attracts the more unusual sea and shore birds. Earlier this month, there were reports of an enormous member of the gull family known as a magnificent frigatebird at Surfrider Beach. It’s not uncommon to catch a glimpse of long-distance travelers at the lagoon. Glaucous, Bonapartes, and laughing gulls appear in fall. Snow geese frequently turn up at the lagoon in winter; so does the black skimmer, a member of the tern family with a distinctive orange beak.

Identifying birds has never been easier, thanks to a host of birdwatching apps and internet resources like Cornell University’s Bird Lab and the citizen scientist site, iNaturalist.org.

Experts get excited when something unusual turns up, but even birds like the ubiquitous yellow-rumped warbler have traveled a long way to arrive in Topanga gardens. The West Coast population of this warbler spends its summers in Northern Alaska, while many overwinter in the Santa Monica Mountains, while others travel on, all the way down to the Yucatan Peninsula.

While the Malibu Lagoon and other parts of the Santa Monica Mountains National Recreation Area are destinations for birders, most Topanga residents do not have to look farther than their own backyards. A host of different types of passerine (perching) songbirds are arriving, including a variety of warblers, vireos, goldfinches, and wrens.

One can often hear the tiny but fierce bewick’s wren before seeing it. This small bird likes thick brush, and is easy to identify because it has a pale “eyebrow” of feathers over its eye. Dark-eyed Juncos, another tiny bird, the bushtit, also makes its presence felt with rustlings and twittering. A flock of this little birds suggests the sound of popcorn popping, as they hunt for food in shrubs and bushes.

Raptors are also abundant in the fall. Topanga is home year round to hawks and owls, but it also plays host to migrating birds of prey. At least one species, Cooper’s hawk, is more common at this time of year, heading north in the spring.

Barn owls and great horned owls mate and nest in late winter and early spring. It’s often more common to hear them on autumn and winter nights than it is in summer. Adult great horned owls communicate by hooting; the barn owl’s call is an unearthly shriek.

The best way to spot owls is to look for “white wash” and owl cough pellets—the indigestible fur and bones of the rodents they consumes. Owls appreciate big trees that offer deep cover and protection from their mortal enemy, the American crow.

The best way to attract songbirds to the garden is to add a bird bath, making sure it is in a location that is safe from house cats and that the water is clean and not too deep.

Mountain and canyon residents can help birds by eliminating pesticides, planting native plants and including shrubs and trees in their gardens, providing a source of water, and making sure cats stay inside, or that cat garden areas have sufficient fencing.

Go here for a checklist of birds in the Santa Monica Mountains.