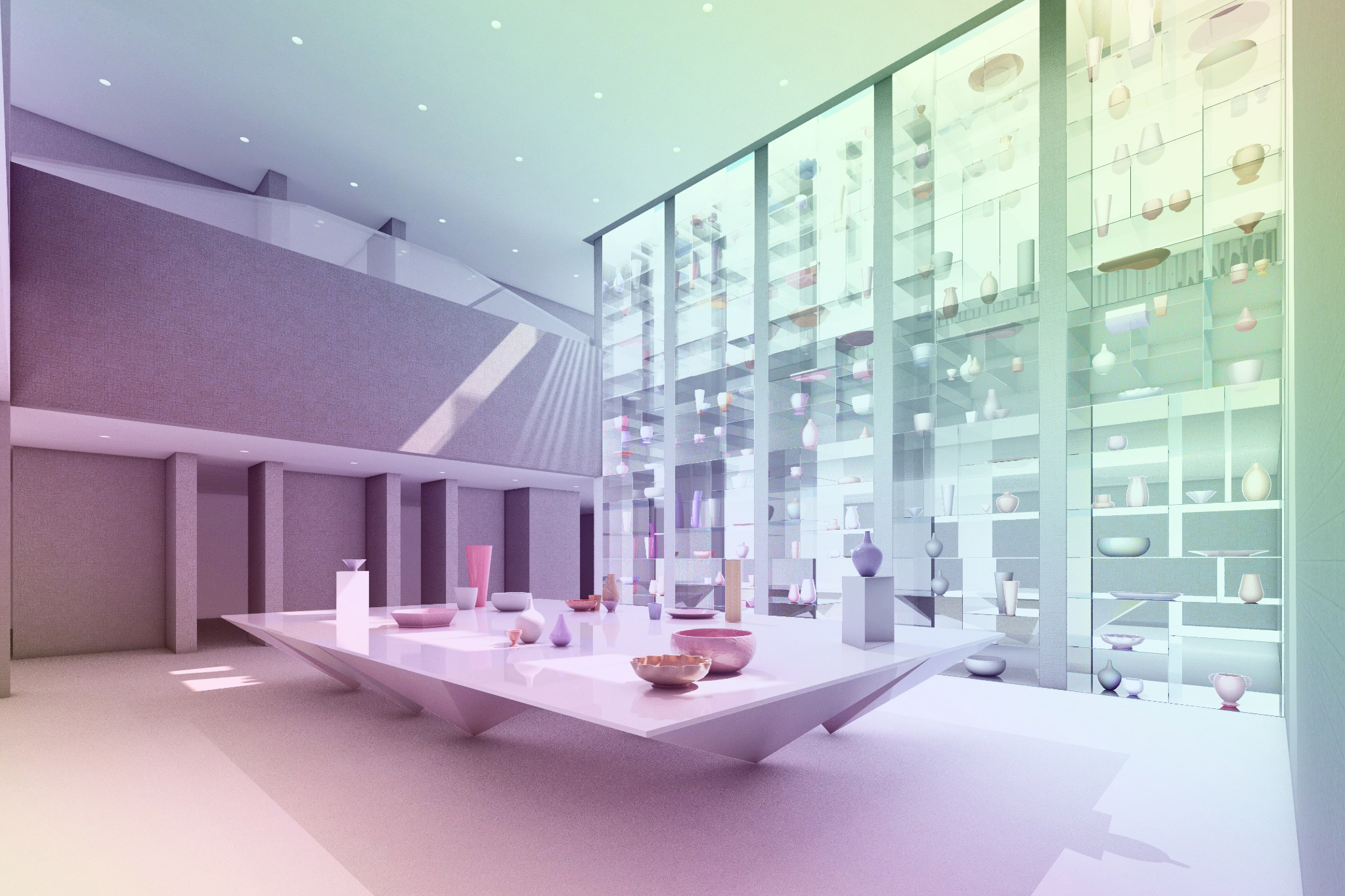 A rendering of the proposed cafe space at the Everson Museum of Art in Syracuse, New York. Rendering courtesy of MILLIØNS 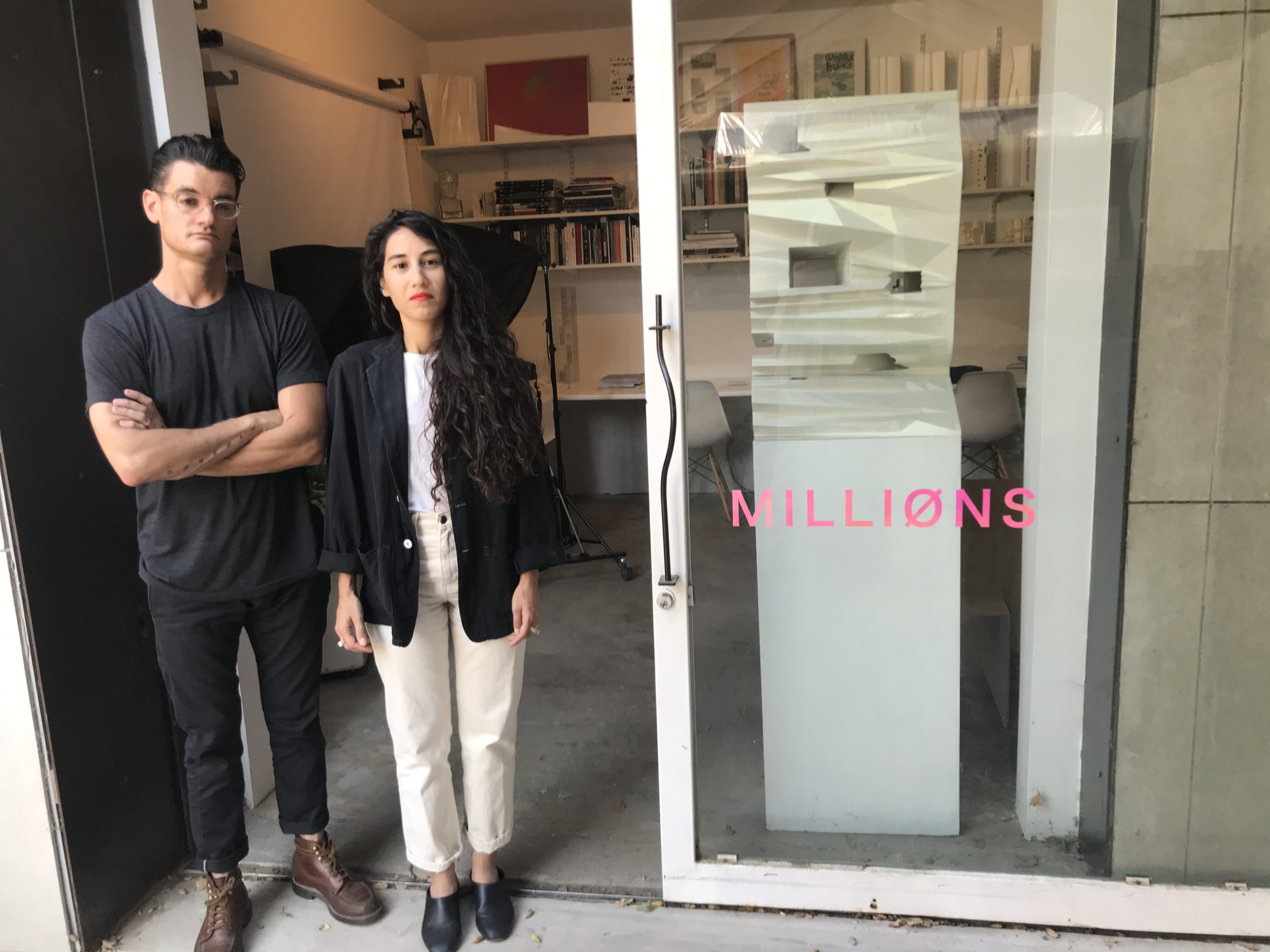 Architects Zeina Koreitem and John May in front of their office in the Rosewood office complex in Topanga. Photo by Flavia Potenza.

According to the museum website www.everson.org, "I.M. Pei designed the Everson Museum of Art to be a grand sculptural object sitting in a plaza, surrounded by the forms of the modern city. He rejected the traditional notion that a museum needed to be a monumental container for art and decided it ought to be a sculptural work of art itself." Images courtesy www.everson.org

"This allowed him to design a building that could be experienced as sculpture.We experience sculpture in three dimensions by moving around it. Sculpture is meant to be seen from multiple viewpoints over a period of time. I.M. Pei wants us to see his building from multiple viewpoints, to move around it, and to discover its forms and spaces. He wants us to discover how to enter the building and be delighted by the spaces we find." 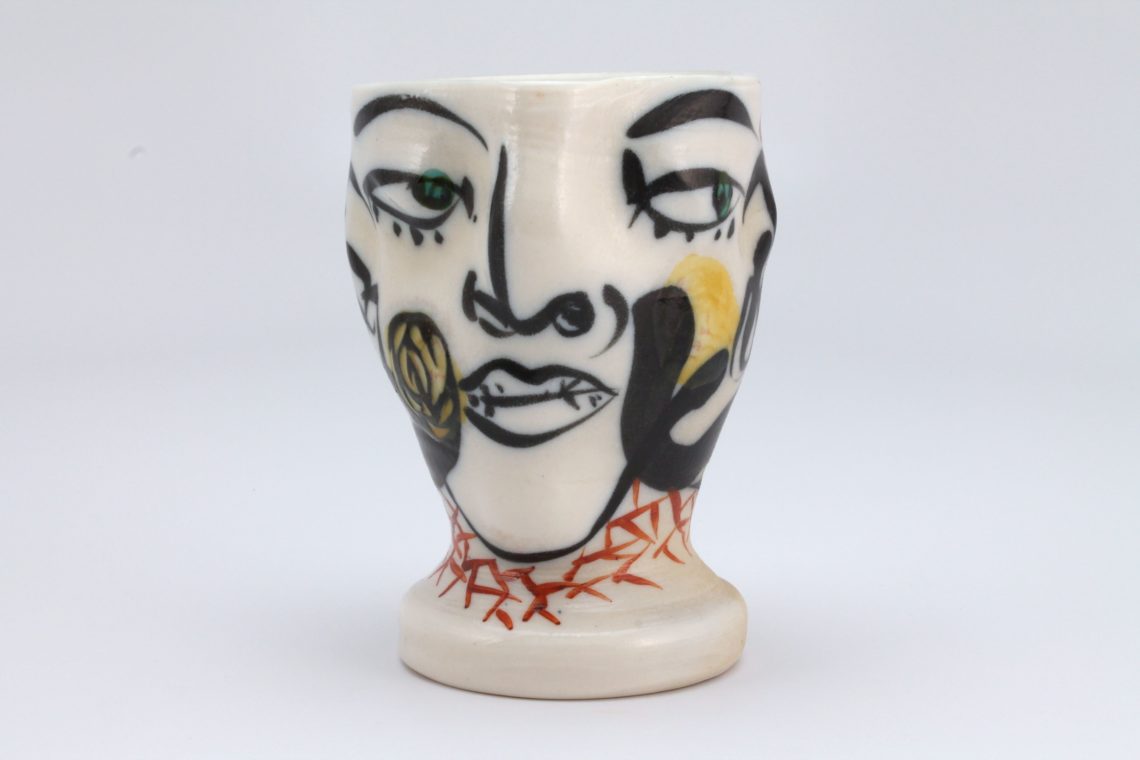 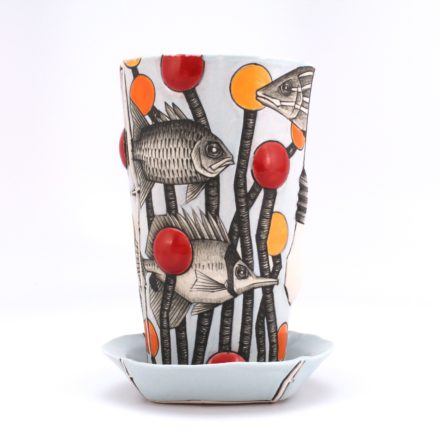 Cup and saucer by Jason Walker. 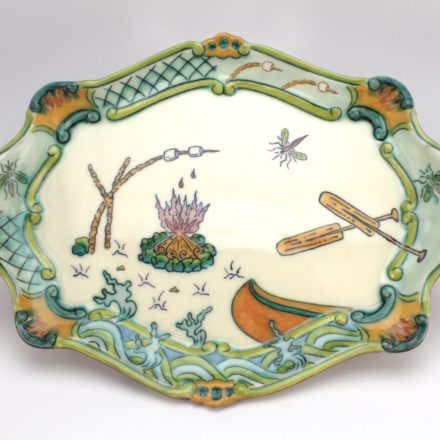 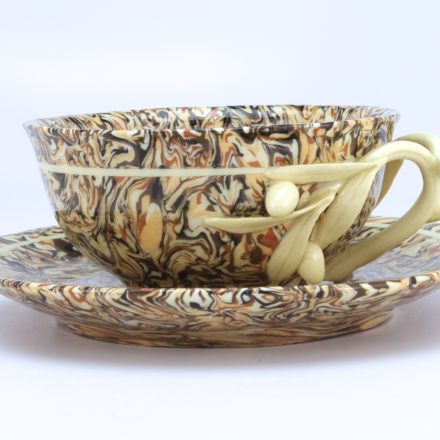 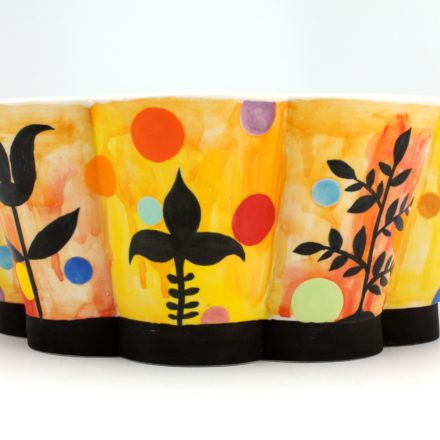 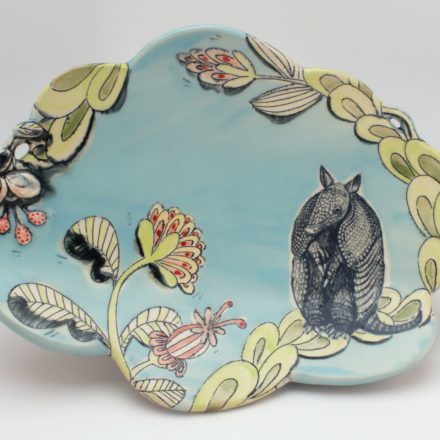 It’s a great accomplishment to come in first in a world-wide competition to design a café and event space in a museum. These architects’ inspired design, and the collector’s mandate, will change visitors’ concept of how ceramic art is displayed…and
used by museum visitors.

MILLIØNS, an experimental architectural practice, located in the Rosewood Topanga office complex, recently won a competition to design a cafe and event space at the I.M. Pei-designed Everson Museum of Art in Syracuse, New York.

MILLIØNS’ Zeina Koreitem and John May led the field of four semi-finalists—FreelandBuck, NATURALBUILD, and NormanKelley—to renovate the space that will also display selections from a 3,000 piece ceramic collection donated by Texas artist and collector Louise Rosenfield. The collection will be displayed on a translucent wall of open shelves as well as on tables composed of clusters of inverted pyramids, in a nod to Pei.

“The tables not only display Rosenfield’s collection; people will actually eat from the ceramic pieces,” Koreitem and May told the Messenger Mountain News.

“We are creating a new visitors’ experience,” May explains. “Anyone can come in, pick up the pieces and use them. It’s a transformation of how we see ceramics.”

One of Rosenfield’s requirements in turning over her collection to the museum, was that it be not only displayed, but used.

“I have a collection of functional art,” she said in a recent interview. “When these pots are not in use, they are sleeping. I would hate to see these pieces end up in a museum where they are not touched.” Her fantasy, which has come true, was for them “to go to a restaurant where they would be used until they break…. The last piece would go, with a story of our collection, in a museum.”

For now, Koreitem observed, “It’s a way to encourage communal dinners around these vessels that are a “family collection, where many people share the vessels and create community around them. Ultimately, they’ll be hiring chefs,” he said.

“MILLIØNS brings a striking individuality to their work,” says Everson Museum Director and CEO, Elizabeth Dunbar. “Their approach to the café design within I.M. Pei’s iconic Everson design brings to mind Pei’s own daring intervention into the Louvre. MILLIØNS included prismatic glass towers in their design, brilliantly combining function with architectural flair and conceptual rigor. They not only thoughtfully engage Pei’s style; they have given Louise’s collection the prominence and respect it deserves.”

Construction of the new café will begin in 2020 with an expected opening in late summer of the same year.

While the museum design progresses, the duo’s curiosity never stops. Koreitem and May are also experimenting with hempcrete, a material that could replace unsustainable concrete, which requires a tenth of the world’s industrial water production and produces 2.8 billion tons of carbon dioxide annually. According to the European Cement Association, 287 pounds of airborne carbon dioxide are estimated to be captured by one cubic meter (35 cubic feet) of hempcrete, while a half-ton is emitted into the atmosphere by each ton of cement.

What will they come up with next? Just wait and see.

Zeina Koreitem is a registered architect in Beirut, Lebanon, where she earned her bachelor’s degree from the American University of Beirut, won the AREEN Project Award of Excellence and the Outstanding Creative Achievement Award. She was a Design Critic in Architecture at the Harvard University Graduate School of Design, earned her MDes in Design Computation from Harvard GSD, and received the Daniel L. Schodek Award for Technology. When she left Lebanon and long before landing in Topanga, she has worked, taught, and studied in France, Spain, and Canada.

John May is Assistant Professor of Architecture and Director of the master’s in design studies Program at the Harvard University Graduate School of Design. He previously served as a visiting professor at MIT, SCI-Arc, and UCLA, and was named 2012 National Endowment for the Humanities Visiting Professor in Architecture at Rice University. He is founding co-director (with Zeynep Çelik Alexander) of The Instruments Project—an ongoing exploration of the philosophical and historical dimensions of contemporary design technologies.

The Everson Museum of Art, whose roots extend to 1897, is internationally recognized for its extensive and significant collection of ceramics, its pioneering art video collection and its distinctive structural design by the noted architect I.M. Pei.