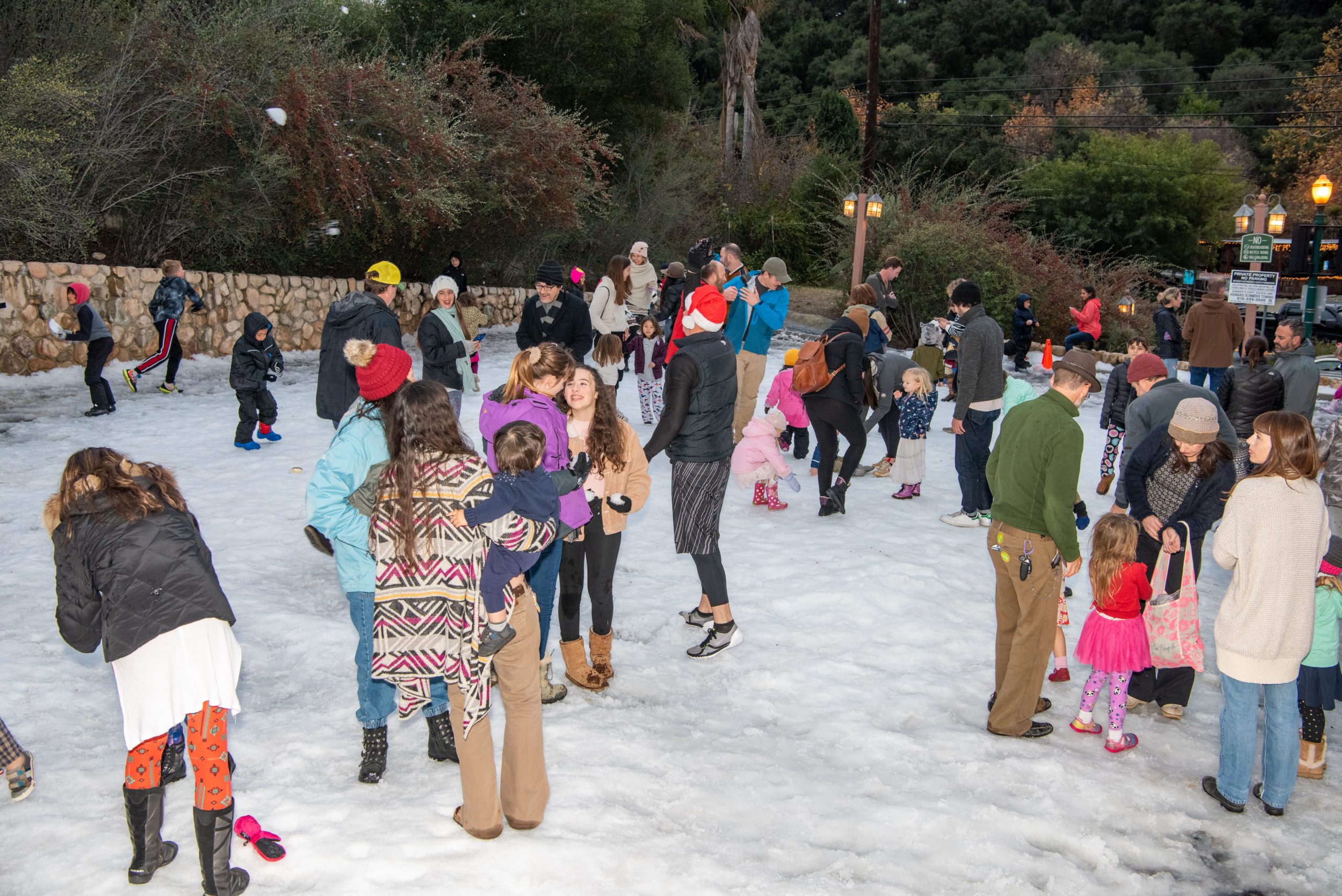 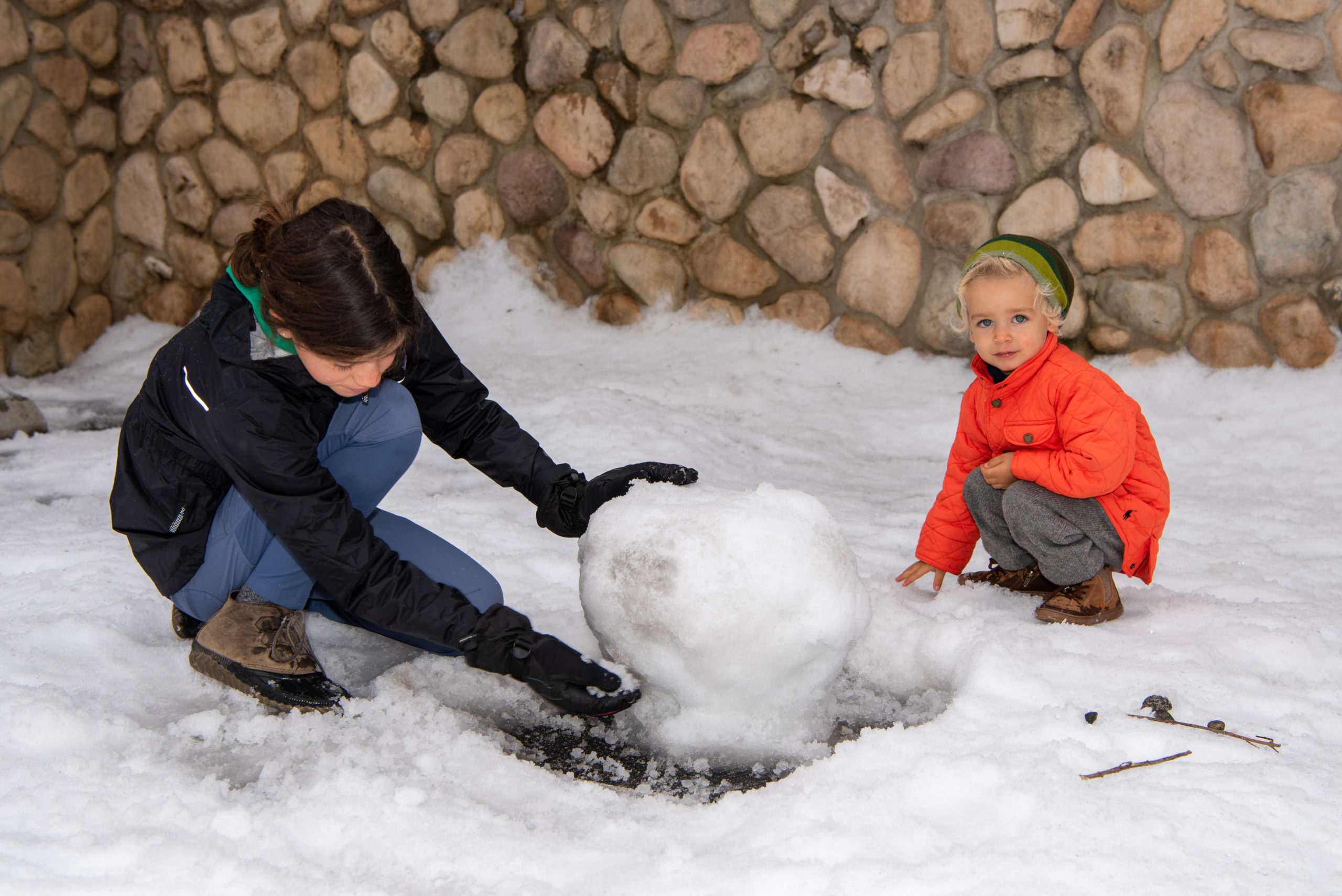 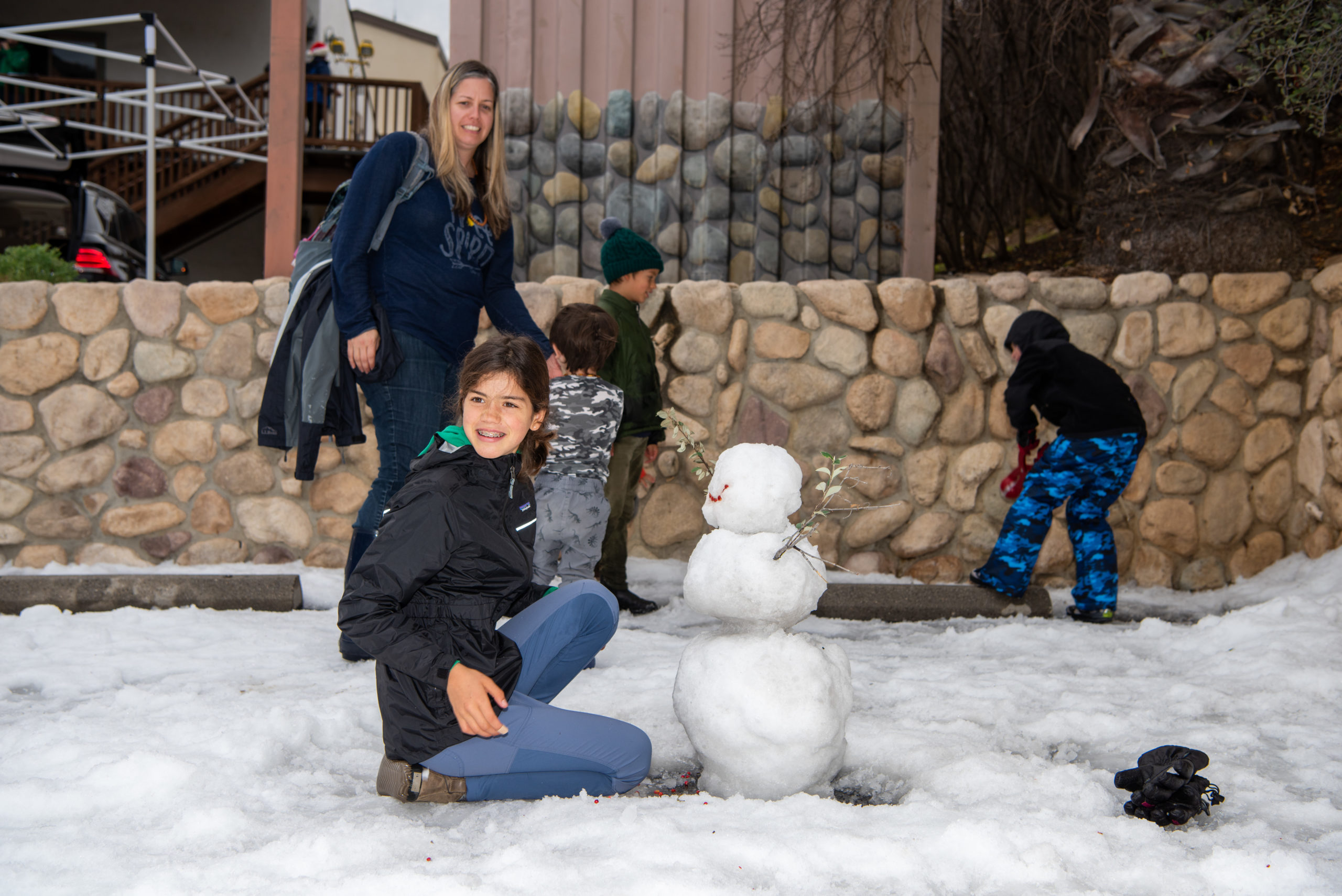 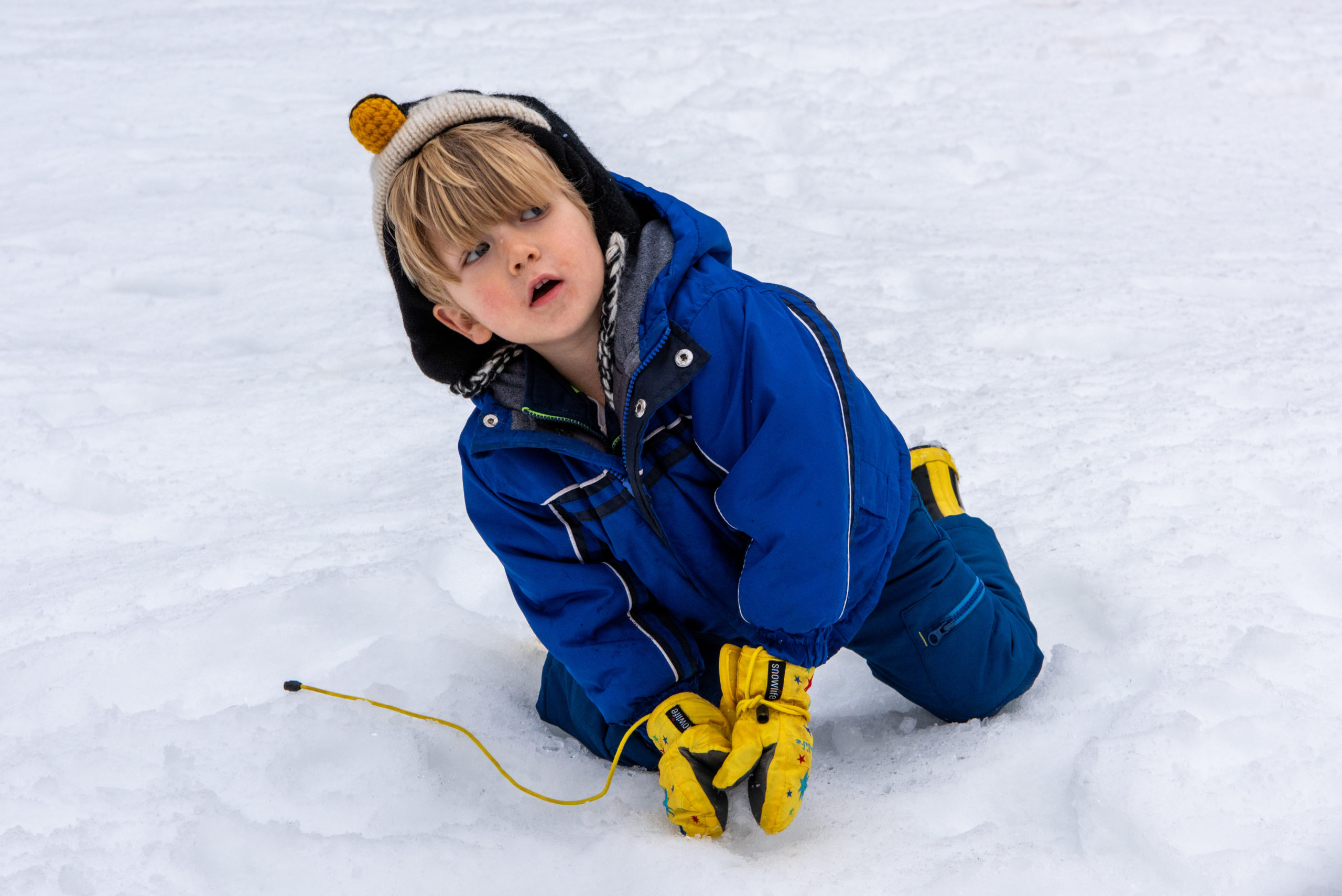 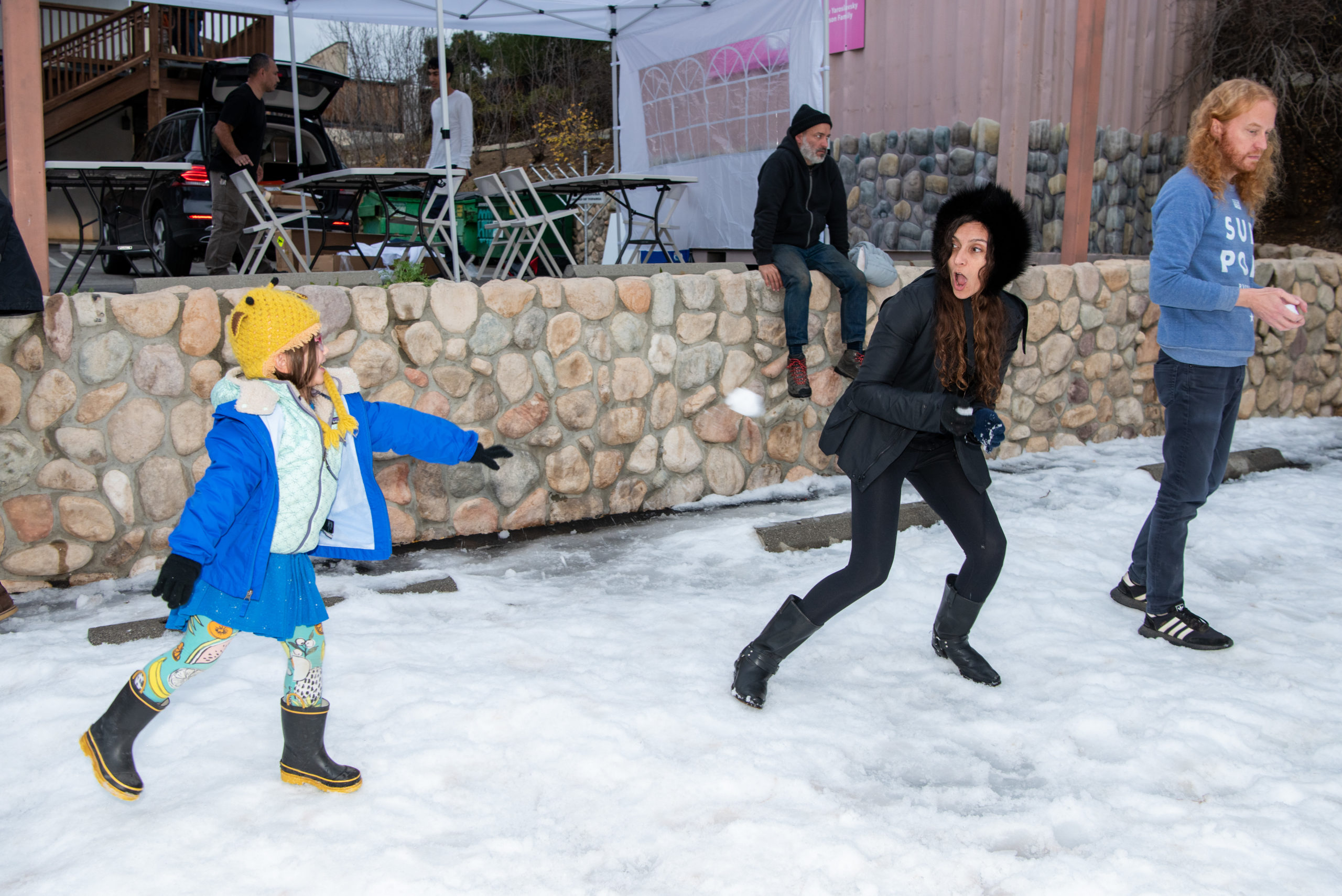 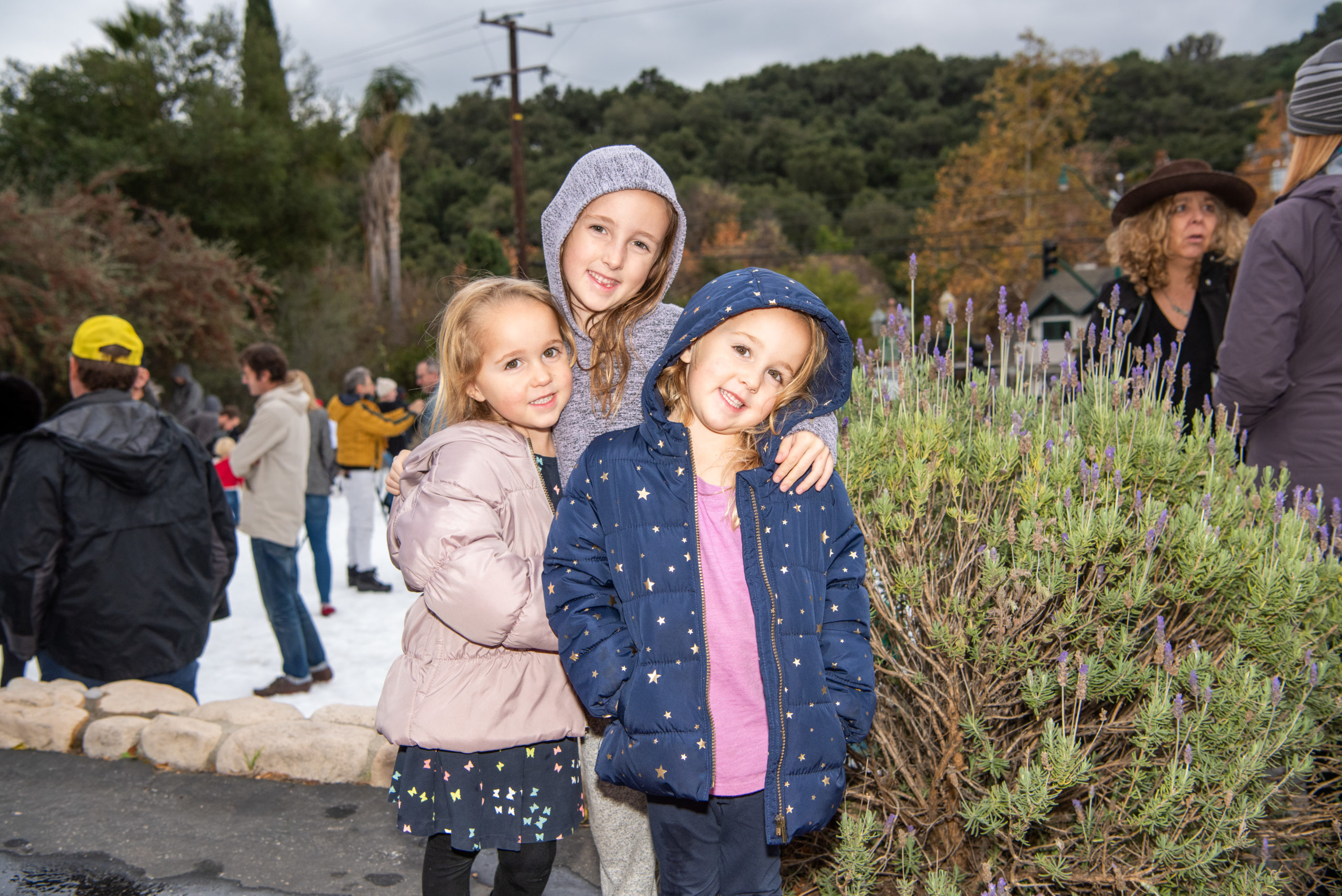 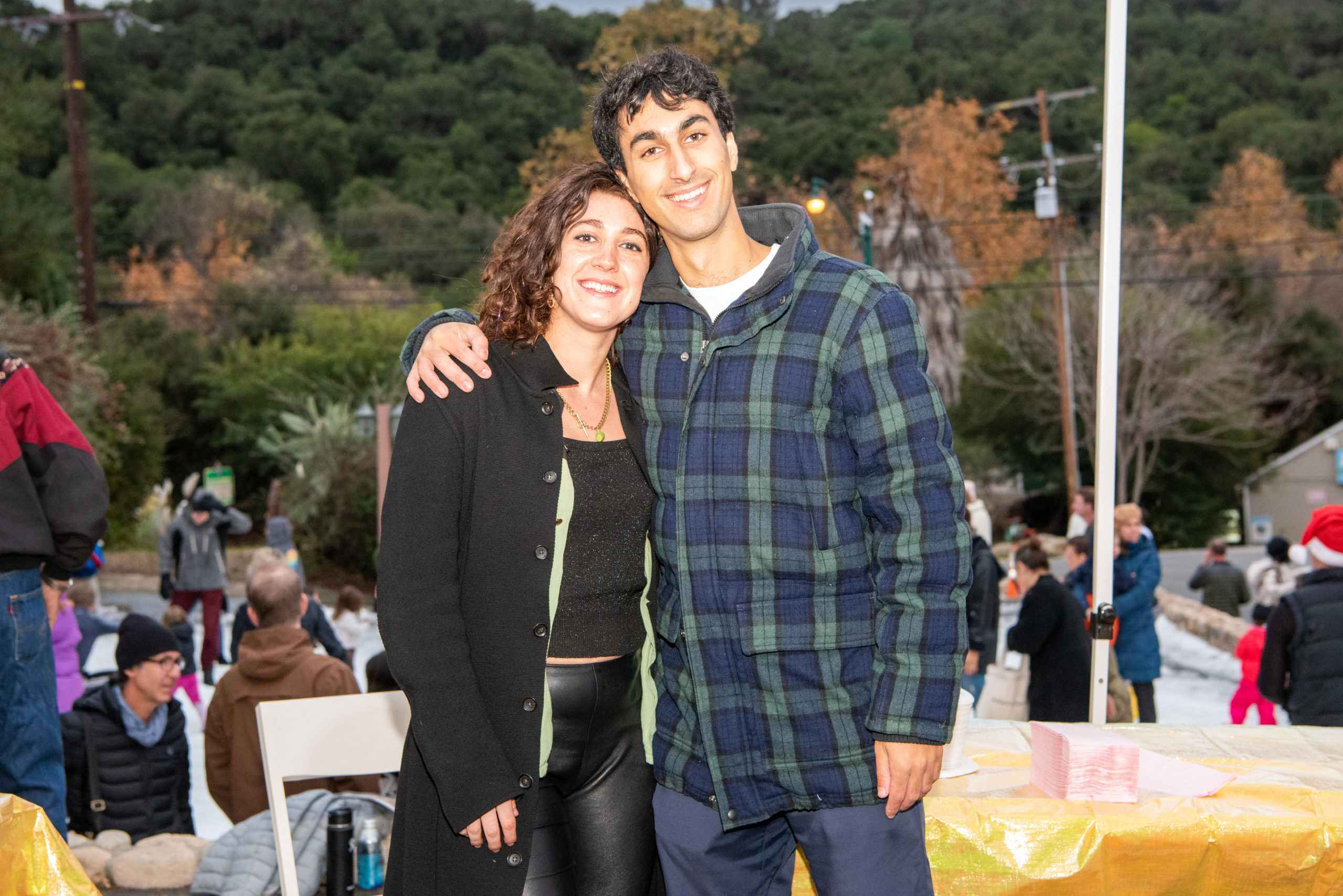 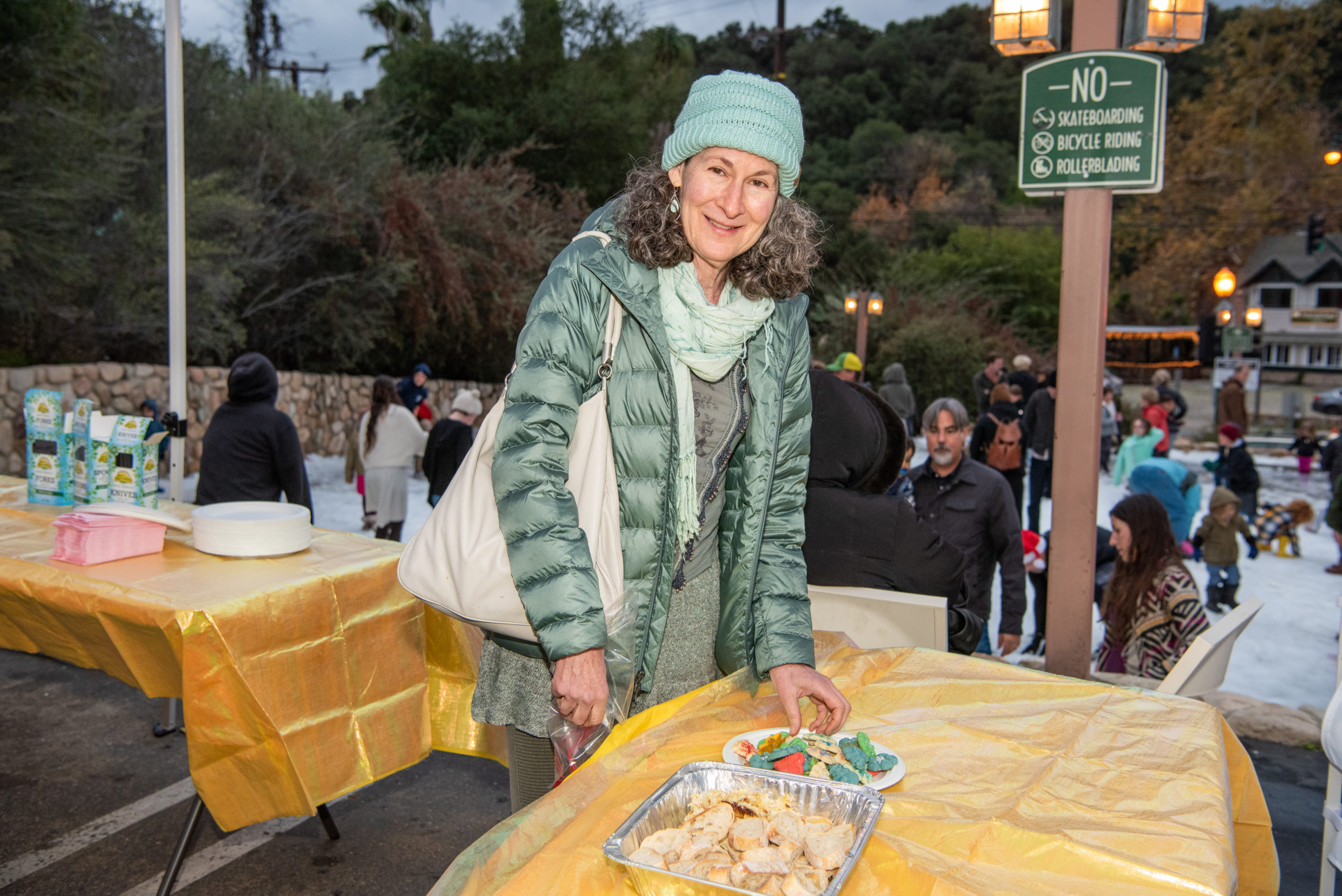 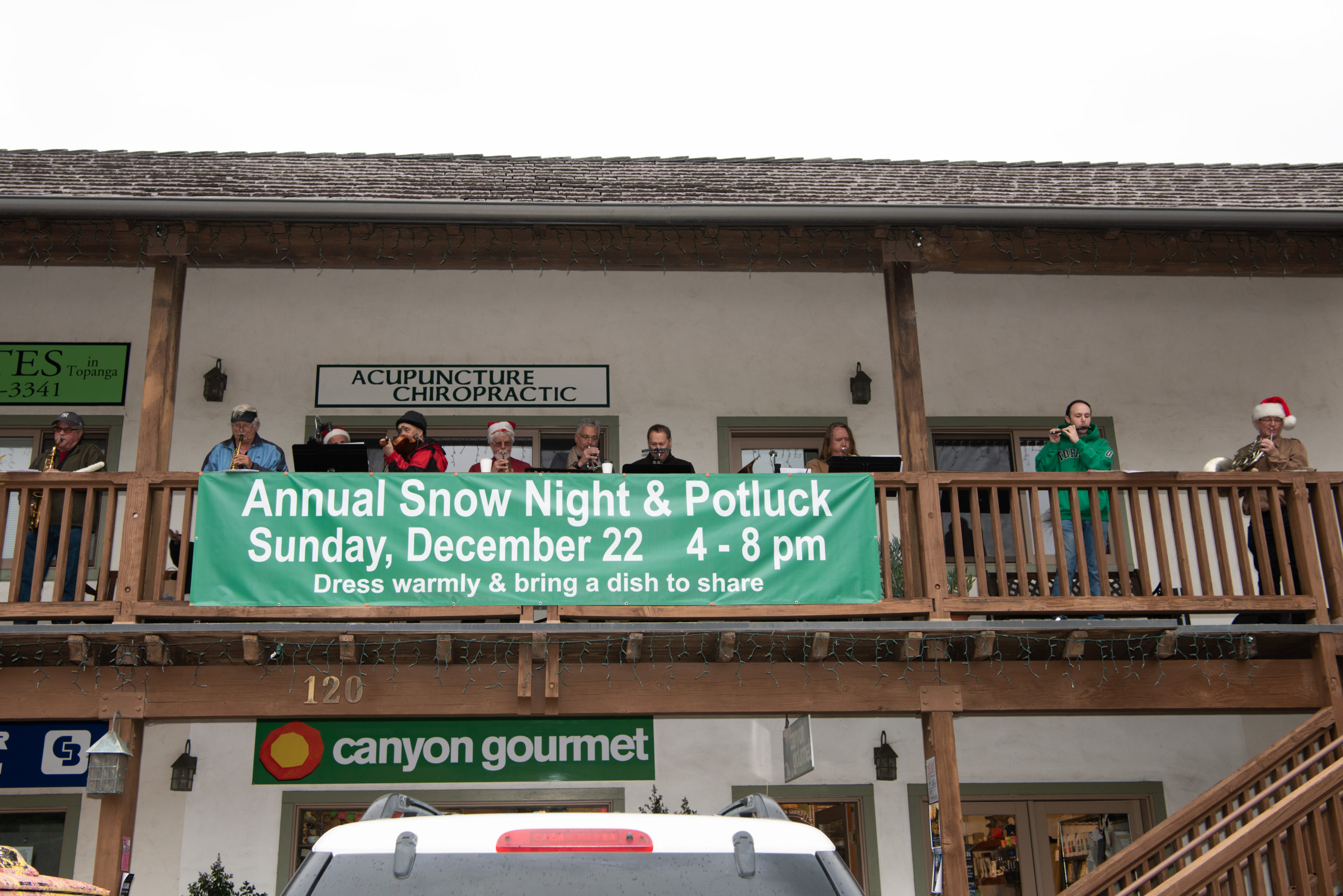 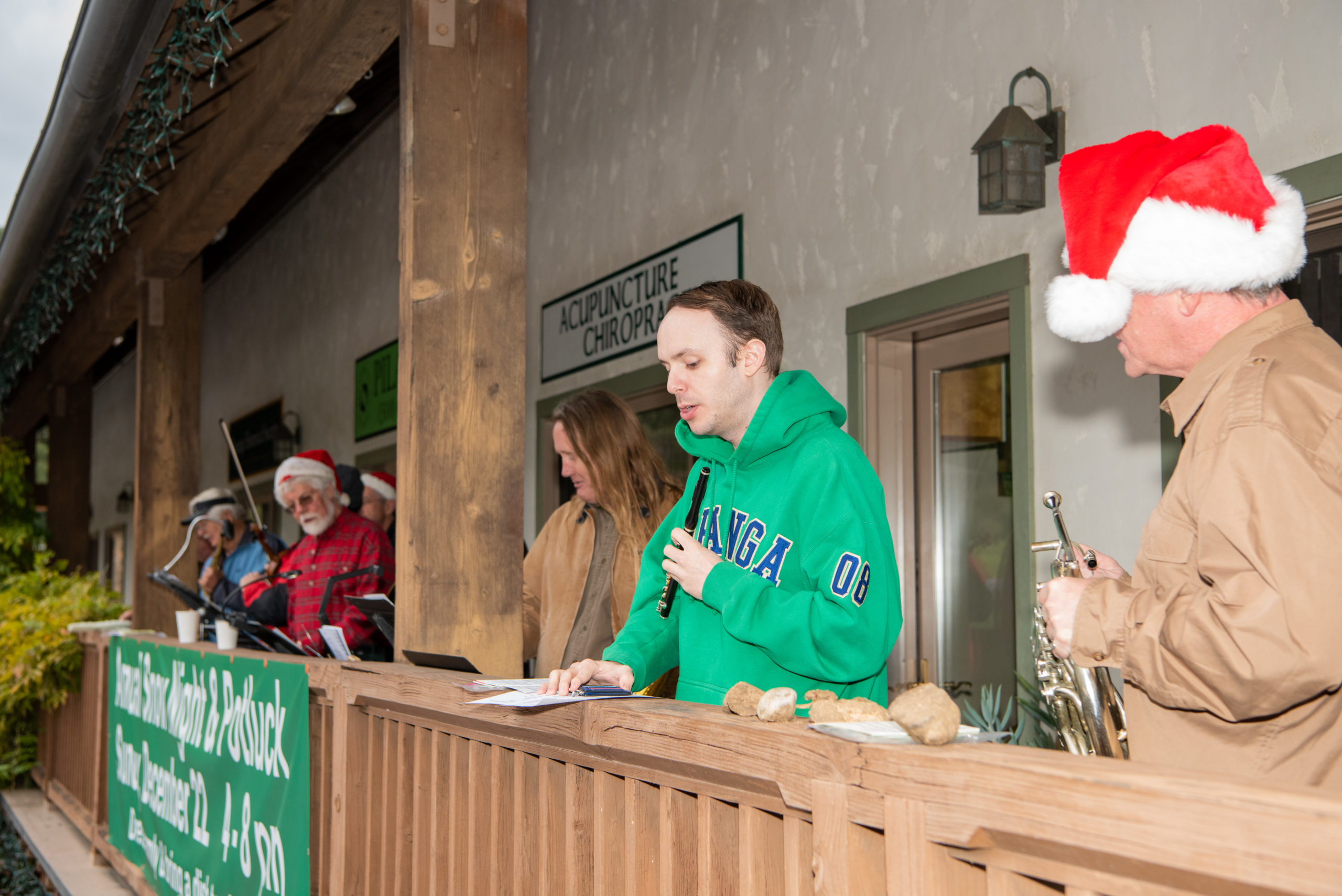 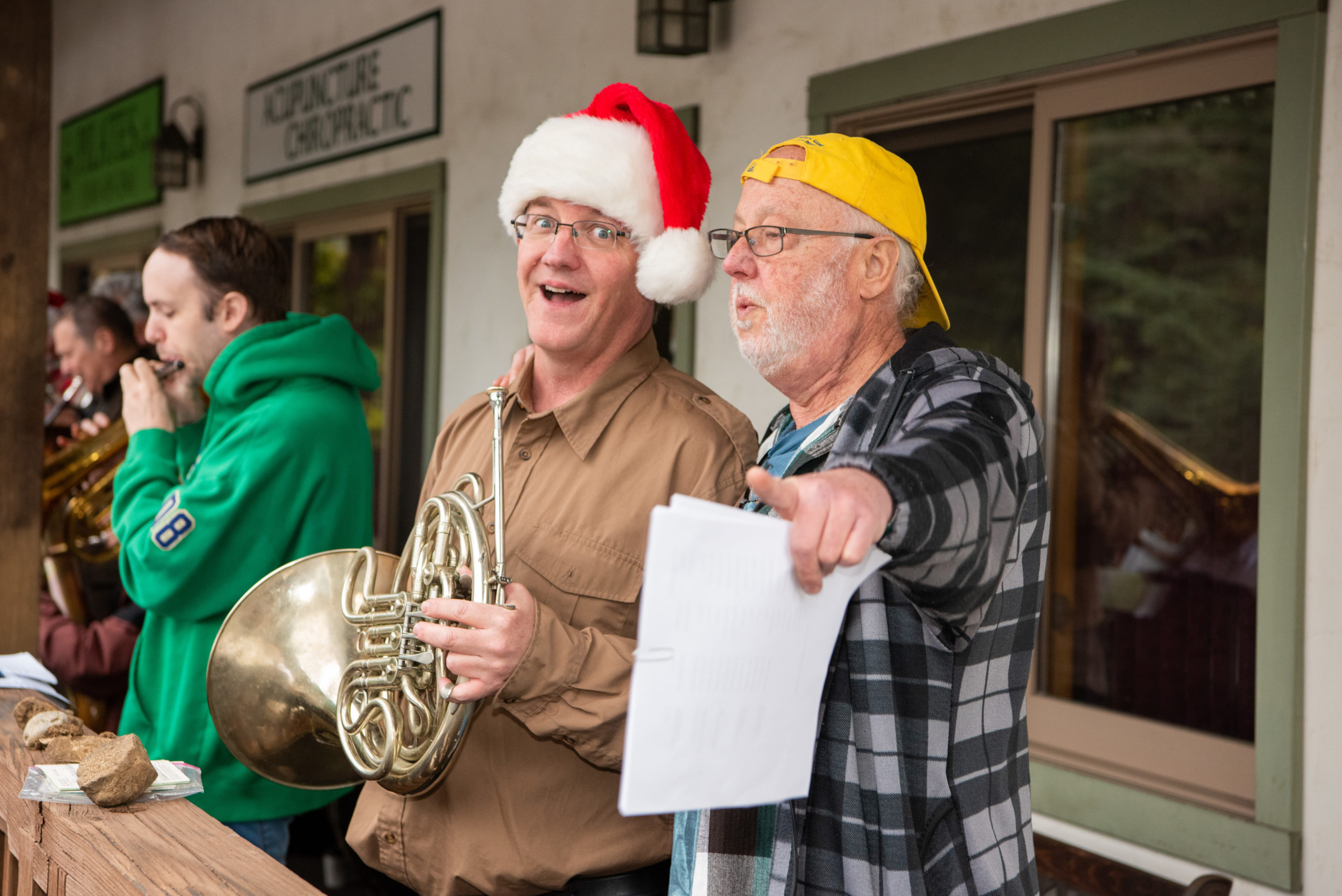 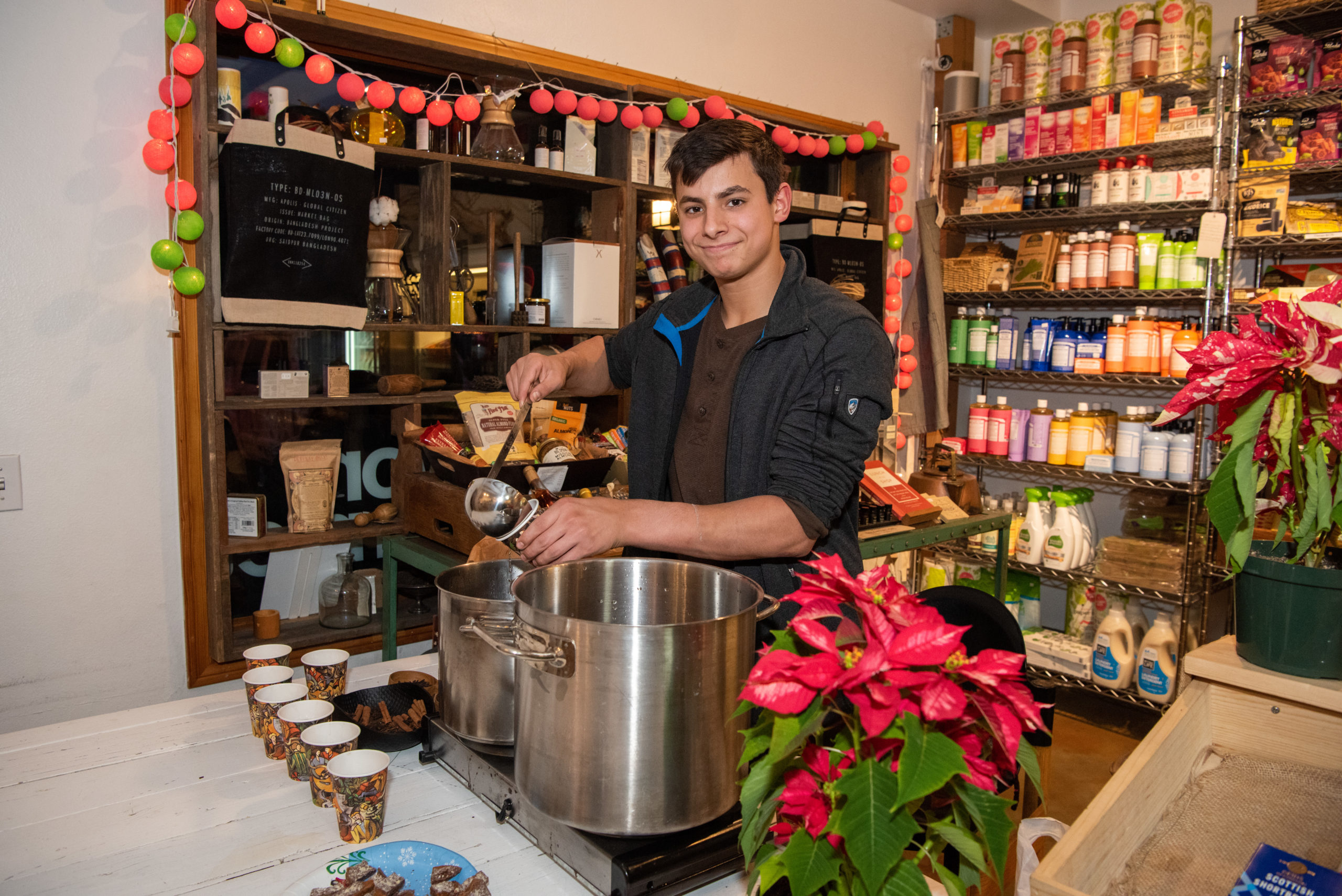 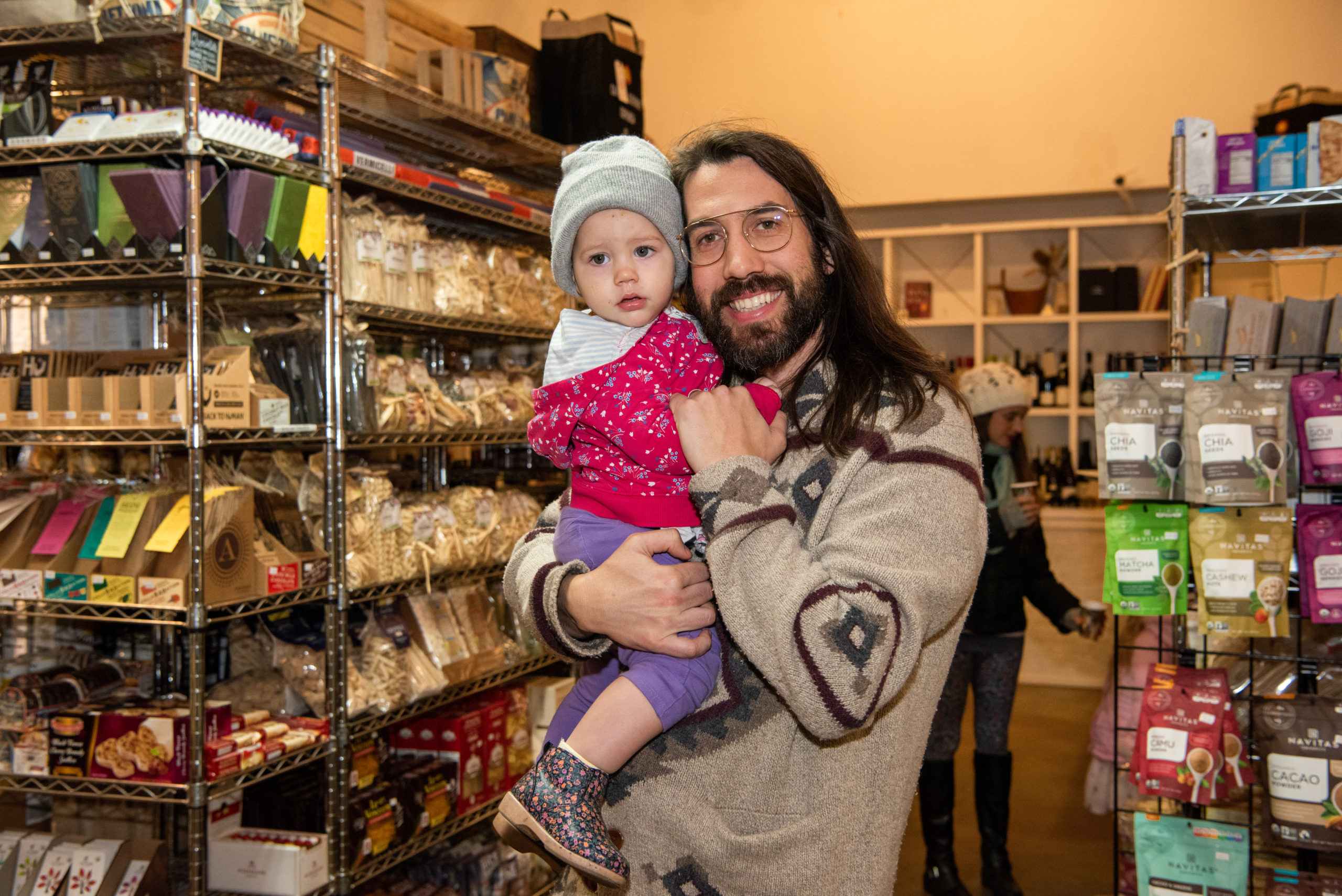 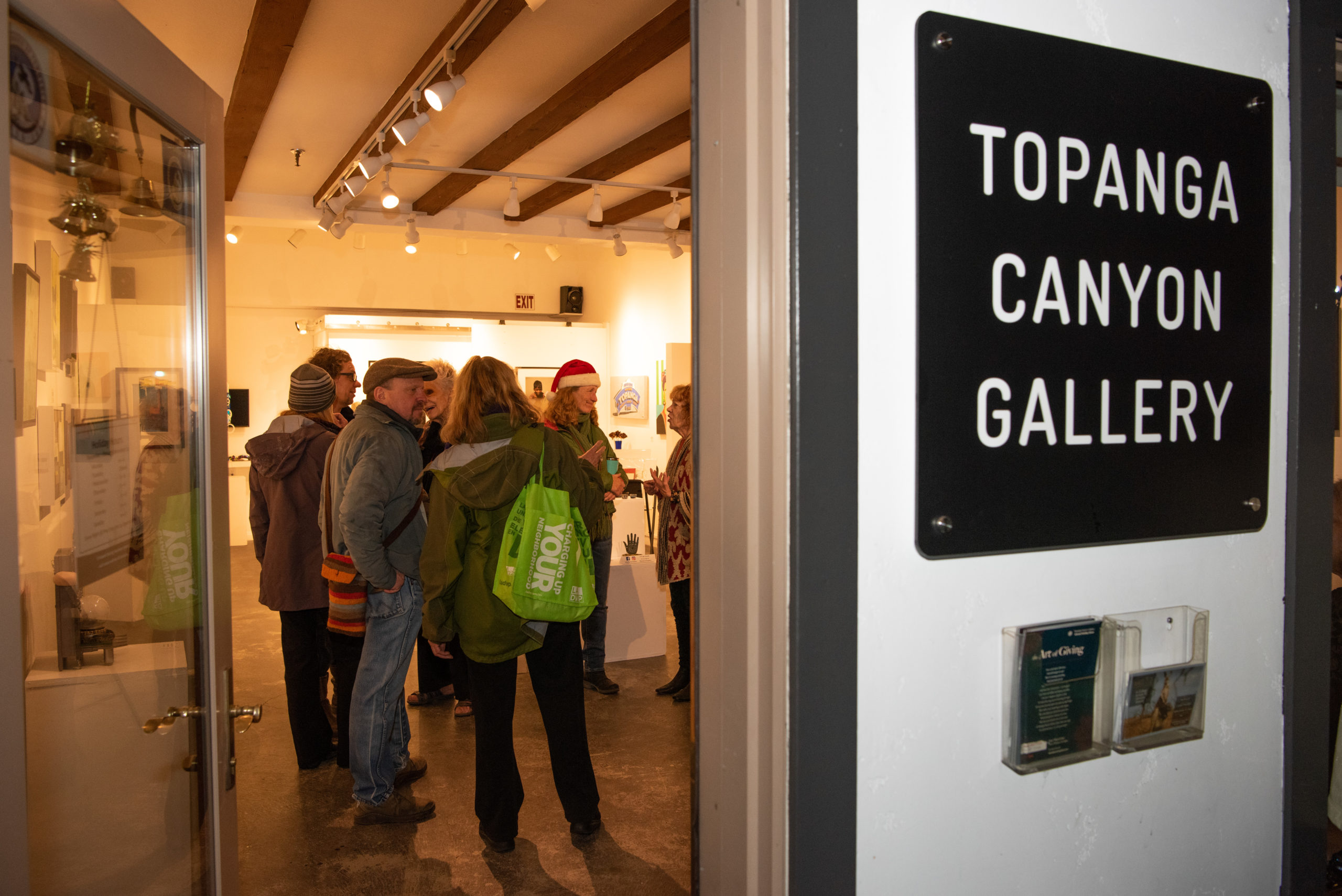 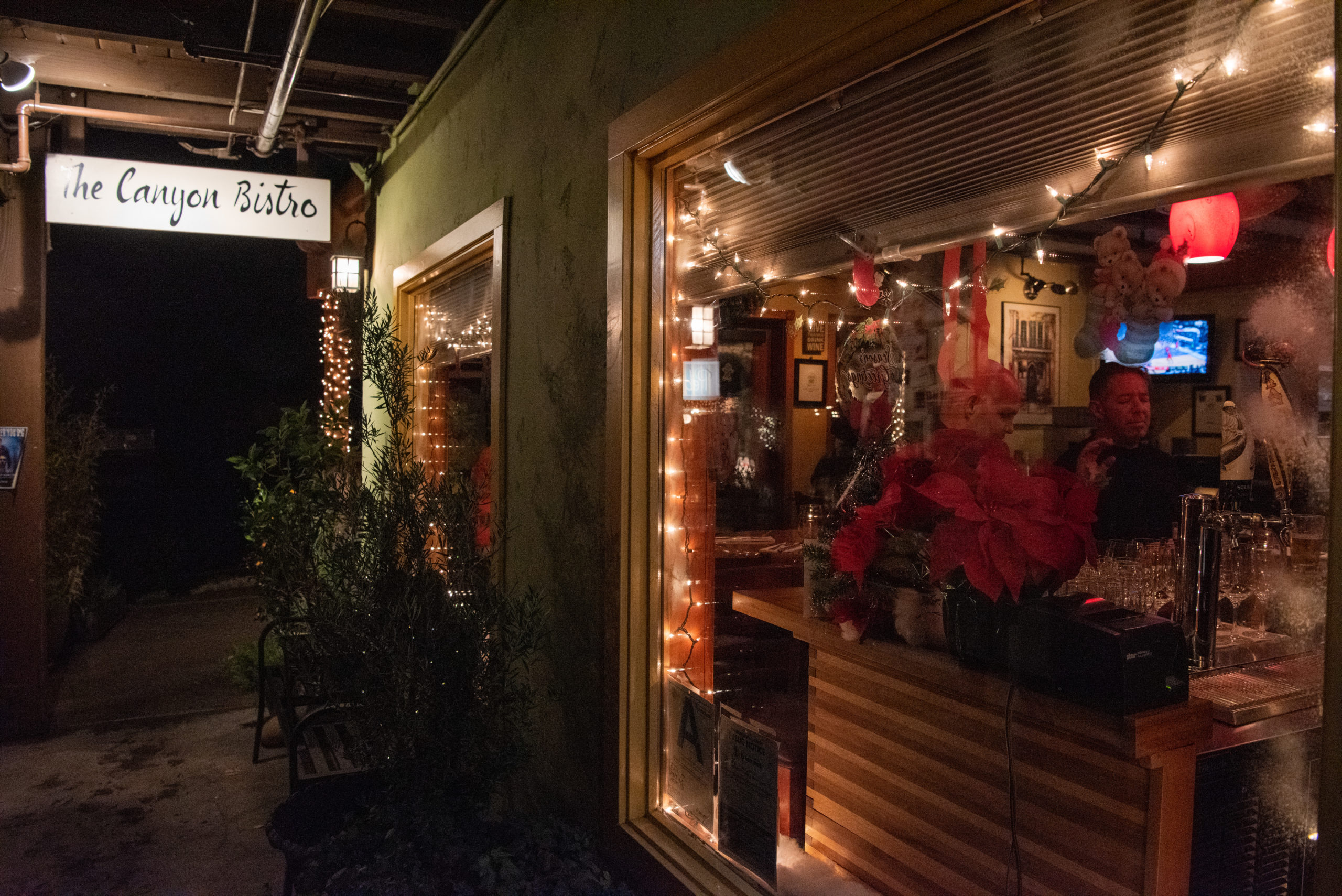 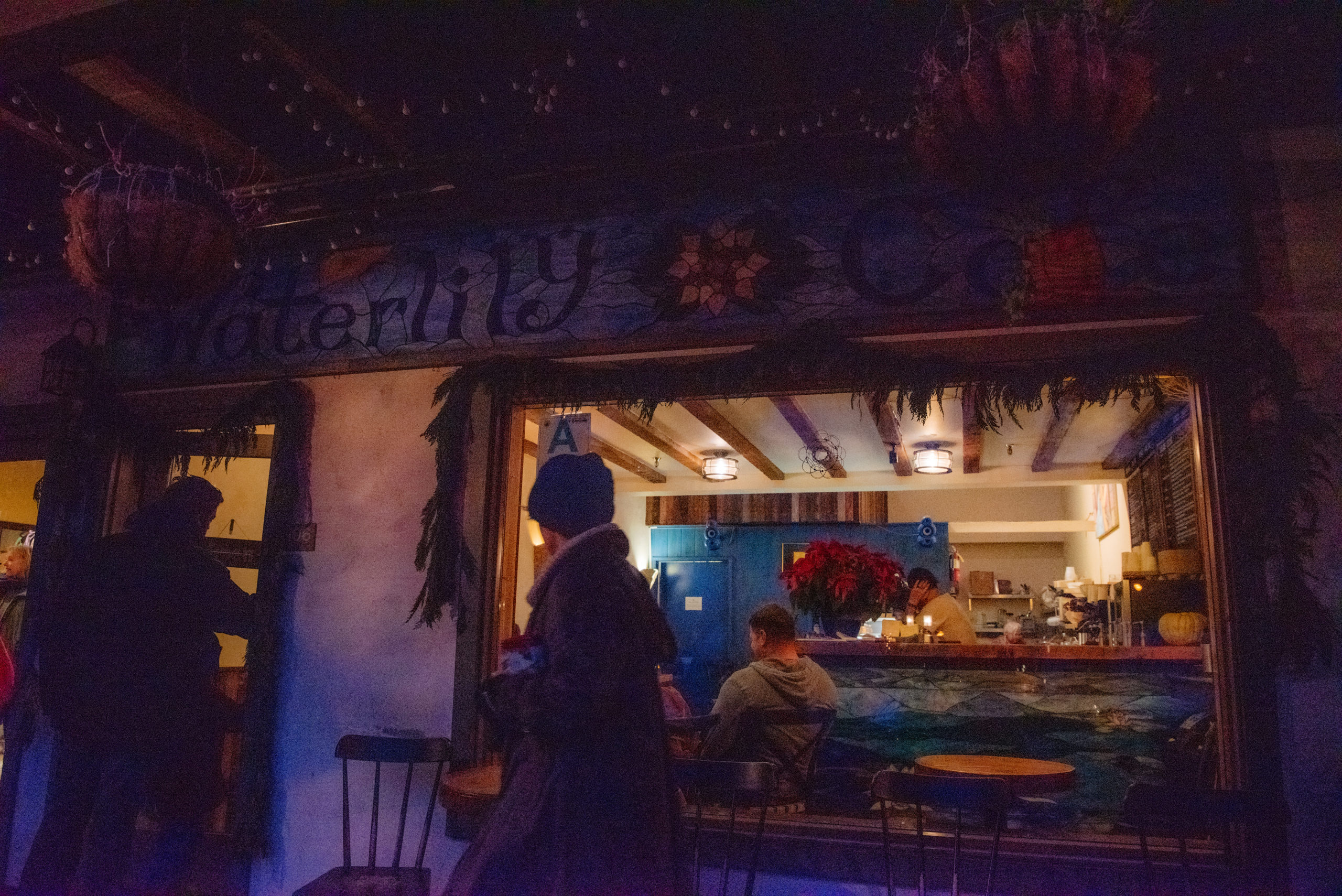 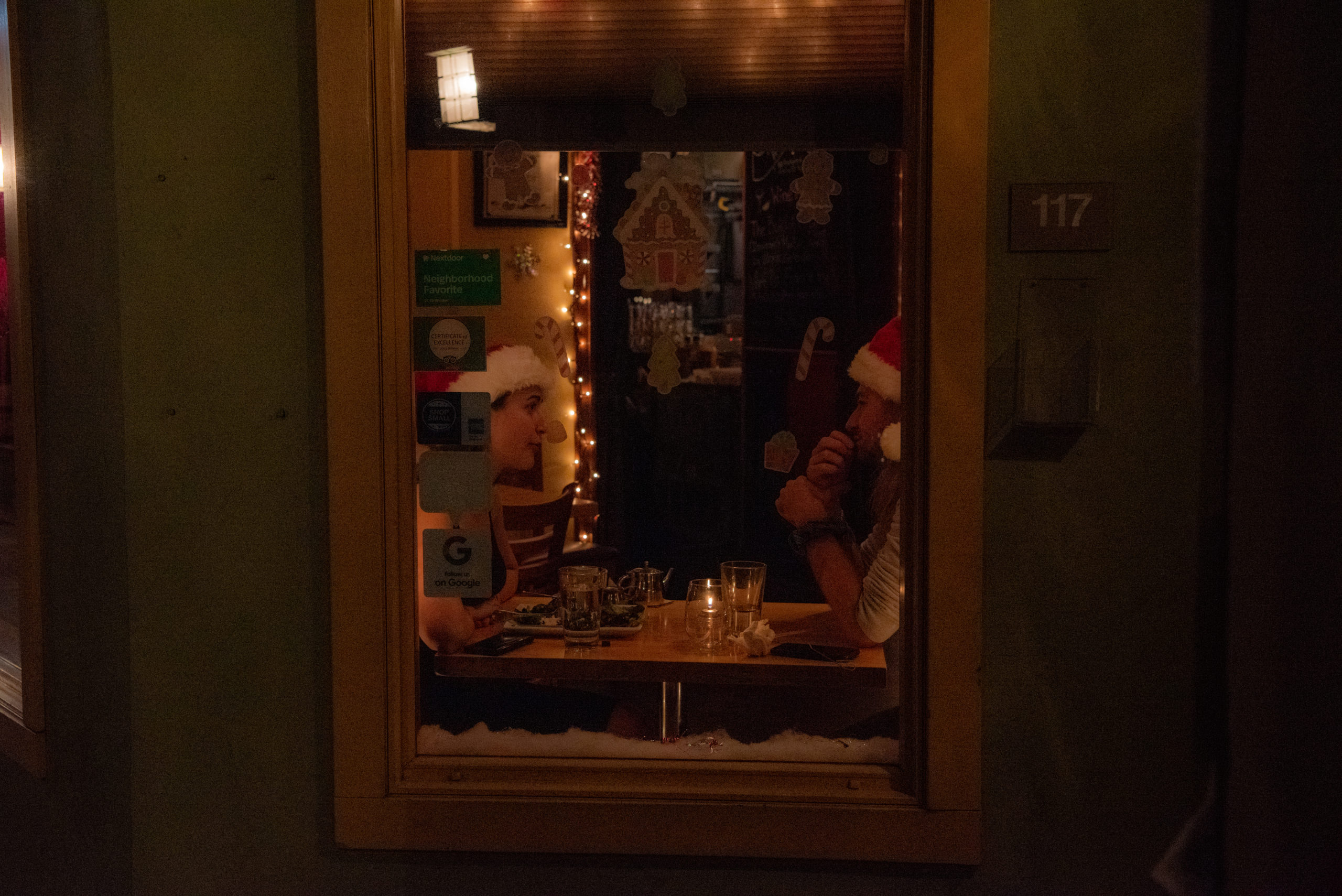 The holiday spirit engendered by the 20th annual Snow Day event at Pine Tree Circle was in no way dampened by the rain that started around 5 p.m.

The intrepid snowman, created early on while the snow was fresh, stood its ground against flying snowballs, rambunctious kids and, of course, the rain. A 10-by-12-foot canopy protected the tables that progressively welcomed the traditional potluck array of pizzas and homecooked dishes as they arrived, among them a big pot of Linda Hinrich’s and Randy Just’s hearty chili. Doug Roy and Topanga’s All-American Howling Coyote (Jingle Bells) Brass Band struck up “Joy to the World,” and everyone joined in.

The shops were a-light with holiday cheer. Kaien Orion served up hot cider at the Canyon Gourmet, while Larry Cohn’s Bistro at the other end of the mini mall, welcomed revelers in from the cold. In the middle, Topanga Canyon Gallery showed off their member-artists’ works at their best, while visitors marveled at the art and architecture displays at Boutique Homes & Marketplace. Topanga Rocks’ majestic crystals seemed to glow brighter, and last-minute shoppers lingered in the holiday ambiance of Topanga Homegrown. Stocking-stuffers and small gifts in hand, they seemed to be arguing whether to buy something for themselves, unable to resist that one-of-a-kind outfit that would be perfect for Christmas Day or New Year’s Eve.

“What do you think,” asked a spirited Nathan Daneshgar, owner of Pine Tree Circle. This was his first solo event at Snow Day; last year, Leslie and Steve Carlson were showing him the ropes. “It was nice to see everyone,” said Nate. ”I’m fortunate to be part of this community filled with such unique, sensitive, and strong human beings.” This year, accompanied by his sister, Claudia, he was enjoying every bit of it. Even the rain.

The Supreme Law of the Land