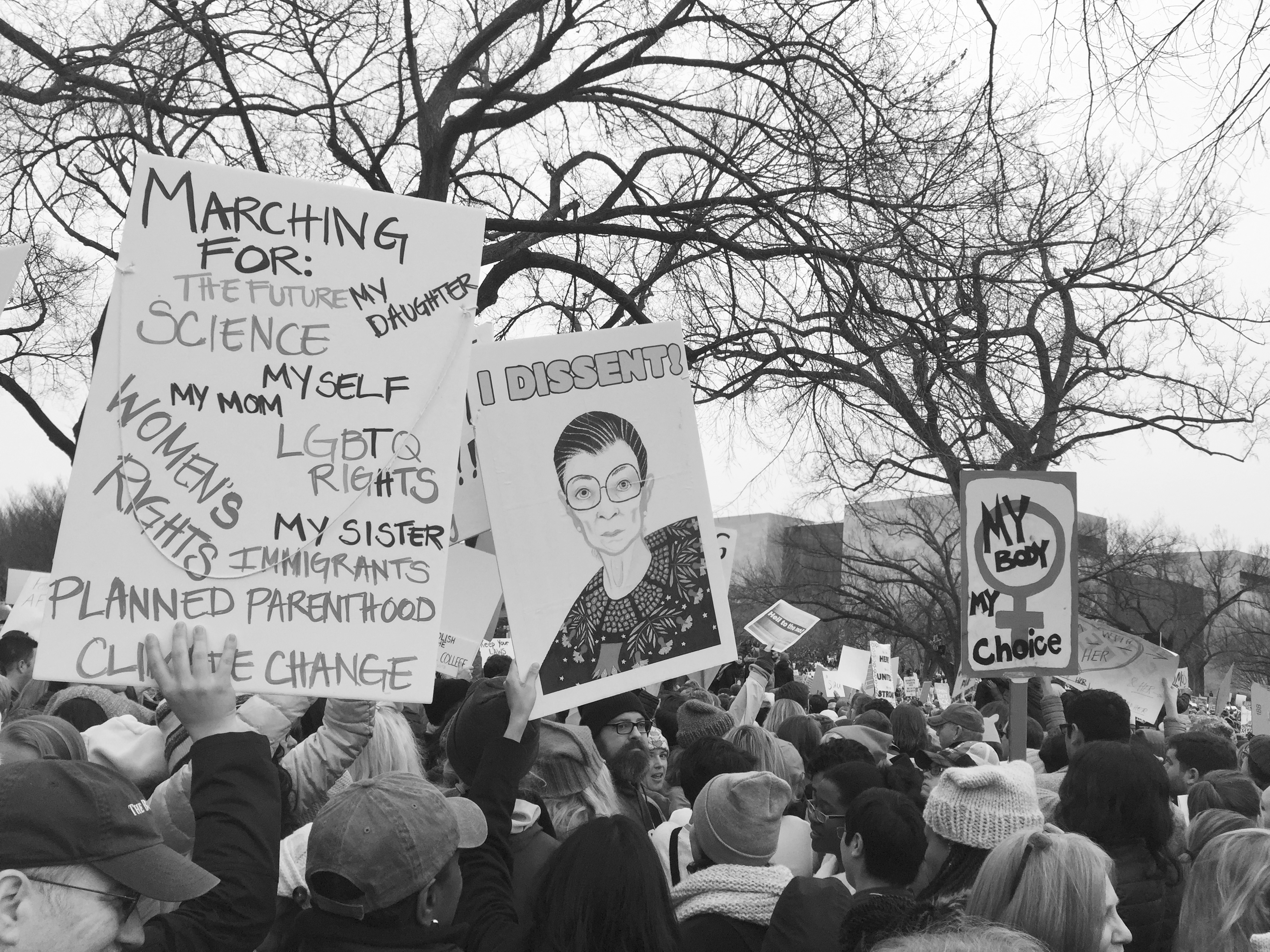 Hundreds of thousands of everyday citizens have joined everyday activists in upholding the First Amendment's guarantee to peaceably assemble and petition the government for a redress of grievances. 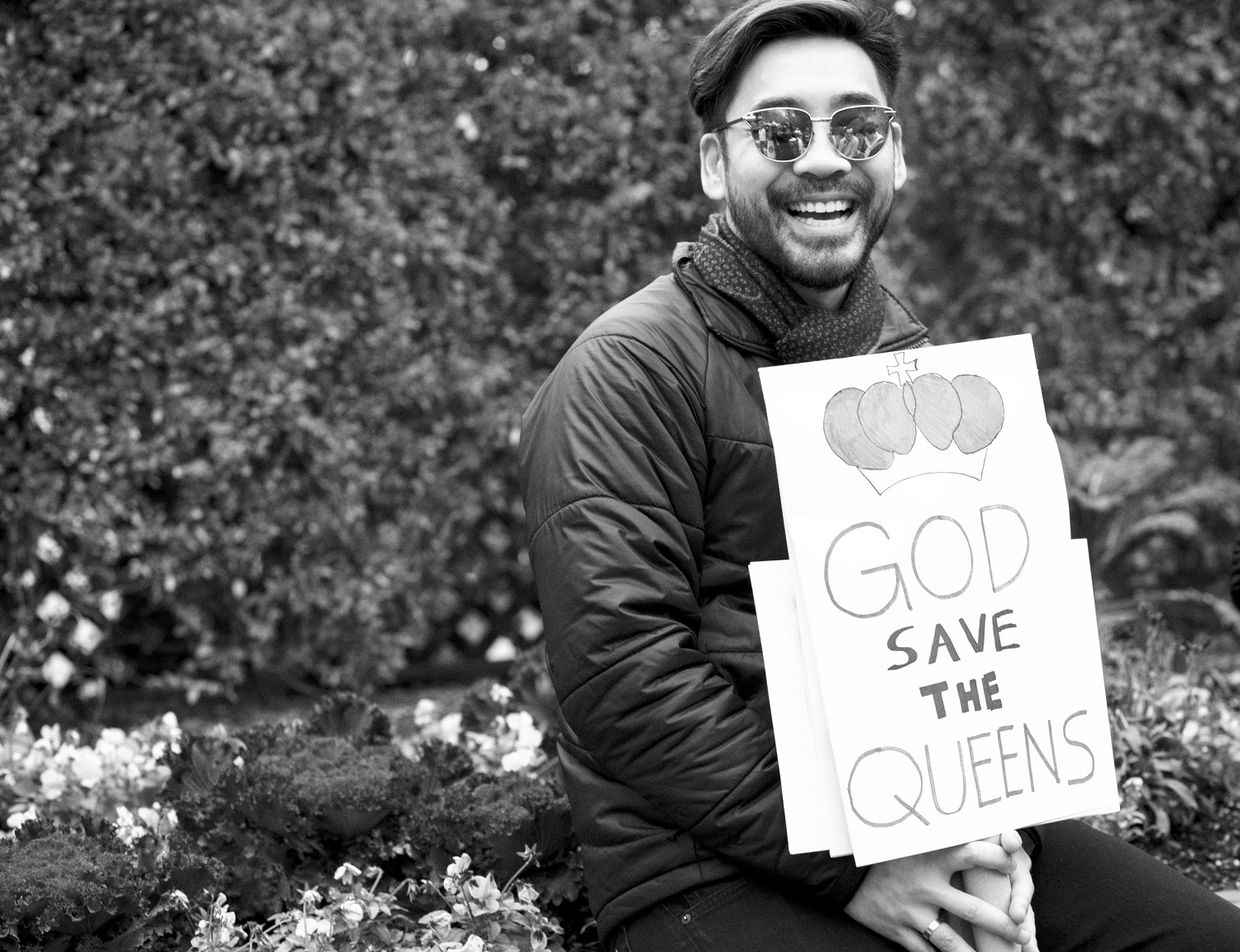 The all-inclusive Women's March reflected numerous groups protesting abridgement of their constitutional rights, such as LGBTQ (above) and Black Lives Matter. 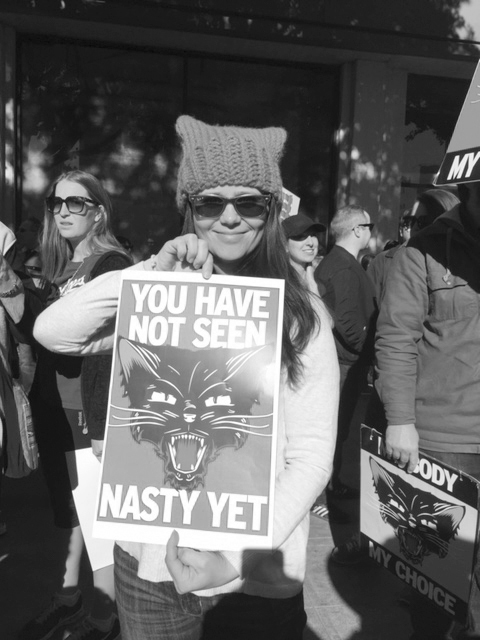 During the debates, candidate Trump's disparagement of Hillary Clinton as a `'nasty woman,`' was embraced by women worldwide.

“The Resisters around the country are making me proud and giving us all hope. We’re going to make the Tea Party look like a weak brew indeed.” –George Takai

Topanga has a long tradition of civil rights activism, and activists all over the canyon and throughout the Santa Monica Mountains are standing up and joining the opposition to President Donald Trump’s controversial policies. Community members are taking part in rallies and protests. They packed buses and booked flights to participate in the Women’s March in Los Angeles and Washington D.C., indeed, throughout the world. Some joined protesters from all over LA at LAX International Airport in a show of support for immigrant rights following a hotly contested executive order banning travelers from seven predominantly Muslim countries.

The most visible battlefield in the conflict between the Trump administration and civil rights activists appears to be social media where the grassroots opposition effort, taking a page from Trump’s own playbook, is using Twitter to unite the resistance under the 21st century battle cry, “#Resist.”

Although the movement began only a few weeks ago, it is already shrouded in myth. An anonymous National Park Service (NPS) ranger is credited with igniting the #Resist movement amongst government agencies.

The tweets were erased, but screen grabs of the controversial messages reappeared on a new account, @AltNatParkSer. Suddenly a movement was born. There are currently more than 50 “alt” government Twitter accounts, ranging from @altEPA to @RogueNASA. The number continues to grow.

Social media is also home to less ephemeral opposition. Many of Topanga’s elected officials tweet a steady flow of updates.

Lieu used Twitter to state his official position on the new president: “My statement on Trump: We should not give him a chance to govern. I believe he is a danger to the Republic.”

Adam Wolman, the Pacific Palisades Democratic Club’s (PPDC) vice president of communications, told the Messenger Mountain News that one of his organization’s goals is to keep the momentum going to push for real change.

“We are trying to guide people to do the things that are most effective,” Wolman said, explaining that “the single most effective tool isn’t the internet, it’s the phone.”

“Call your representatives,” he said. “Tell the politicians what you think. Letters to the editor and Op Ed pieces can also be a powerful tool. You can change minds, inspire people to become active.”

The Pacific Palisades group is one of the largest and most successful Democratic clubs in the state and its board is hoping to build on its success to motivate activists.

“We want to serve as a clearinghouse of resources,” PPDC president Melissa Grant wrote News in a text message. “Our members have never been more motivated to act against Trump and the right-wing agenda. We want to lead the country back into the light.”

Wolman recommends that everyone opposed to Trump’s policies take the time to read the unofficial Trump survival guide, “Indivisible: A Practical Guide for Resisting the Trump Agenda.” The guidelines, authored by former congressional aids and published online at https://www.indivisibleguide.com, have become the manifesto for the resistance movement, and have inspired local action groups to organize.

“Things aren’t that bleak,” Wolman said. “Not if we take a stand and push back. Even the most diametrically opposed politicians want to be reelected. People sometimes feel that they can’t make a difference, but every great achievement, every important movement starts with one person standing up.”

The PPDC can be found online at http://www.palisadesdemclub.org and on Twitter @PaliDems

Newly elected California Senator Kamala Harris summed up the perspective of many in the anti-Trump community, when she tweeted: “We know that, ‘So goes California, so goes the rest of the nation.’ The nation is looking at us for leadership. It’s time to buckle up and fight.”

Readers are welcome to contact the editor with or for updates on local meetings and activities, and local organizations are encouraged to submit their events to:  editor@messengermountainnews.com. Everyone is also welcome to post comments on facebook.com/MessengerMountainNews.

Artist Robin Becker: Beyond the Photograph

Greetings from the Valentine’s Day Scrooge