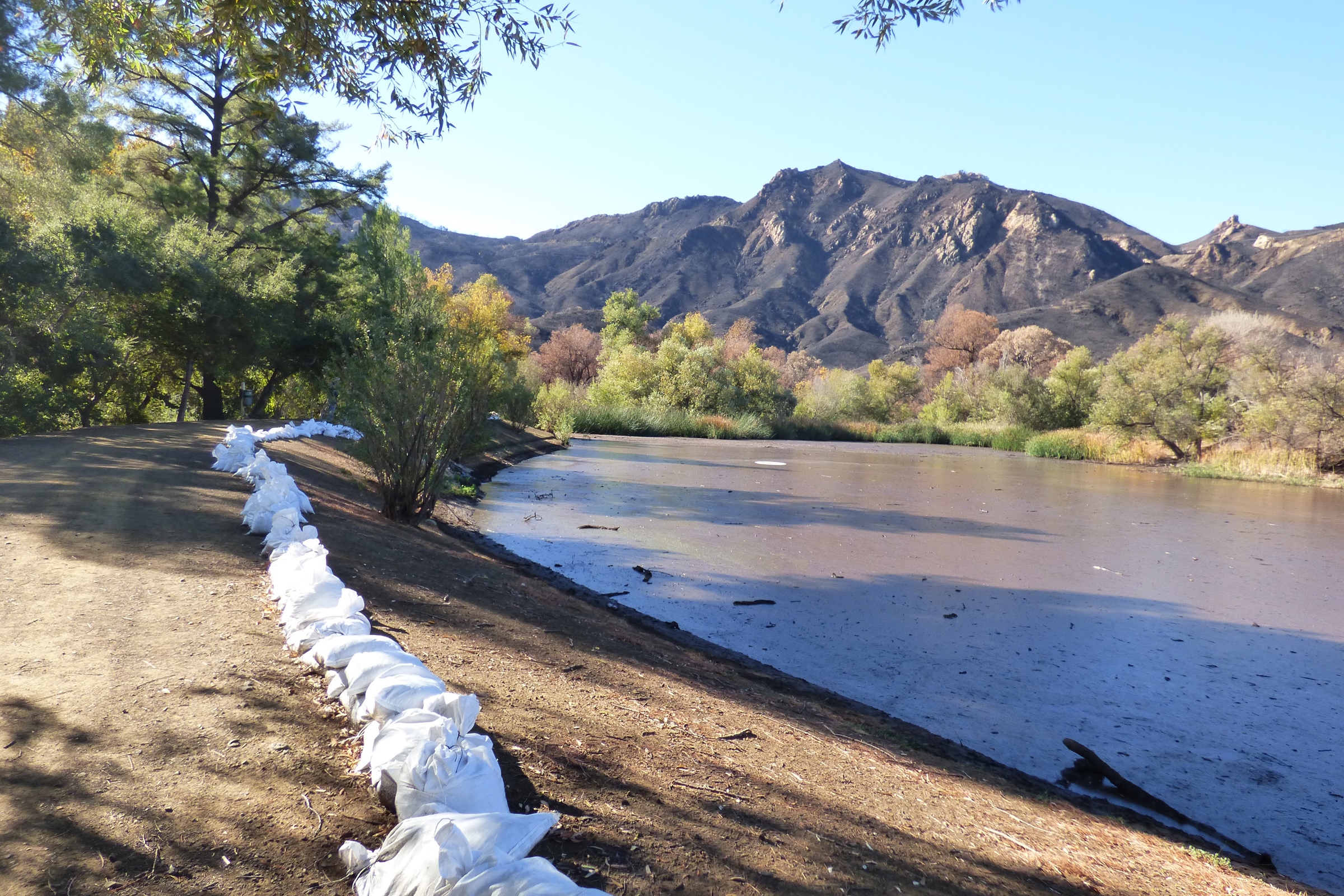 Above, the first of hundreds of sandbags placed along the earthen dam to prevent flooding. Photos by Suzanne Guldimann 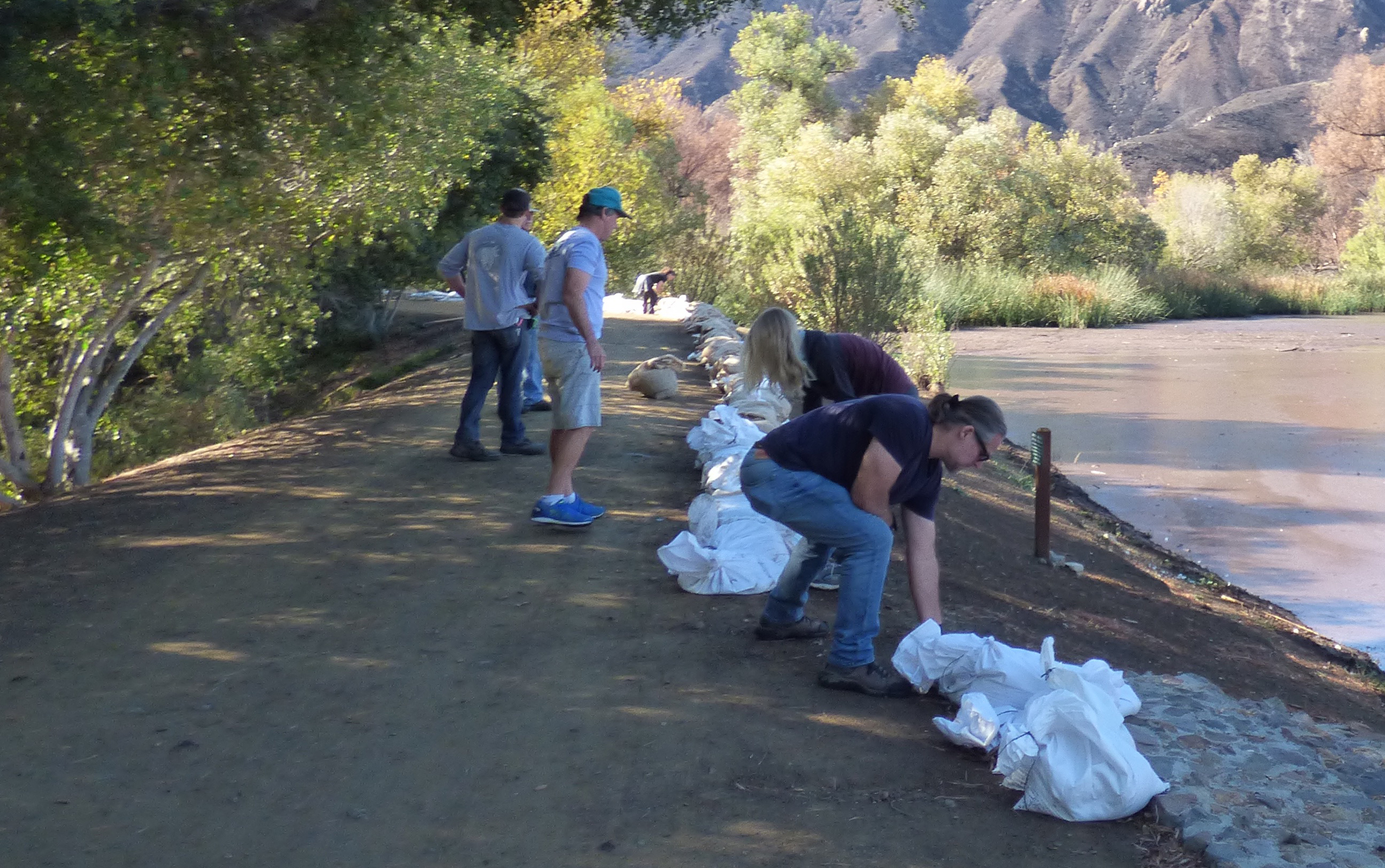 Volunteers arrange the first row of sandbags. Hundreds more will be needed to protect the homes below the dam. Photos by Suzanne Guldimann 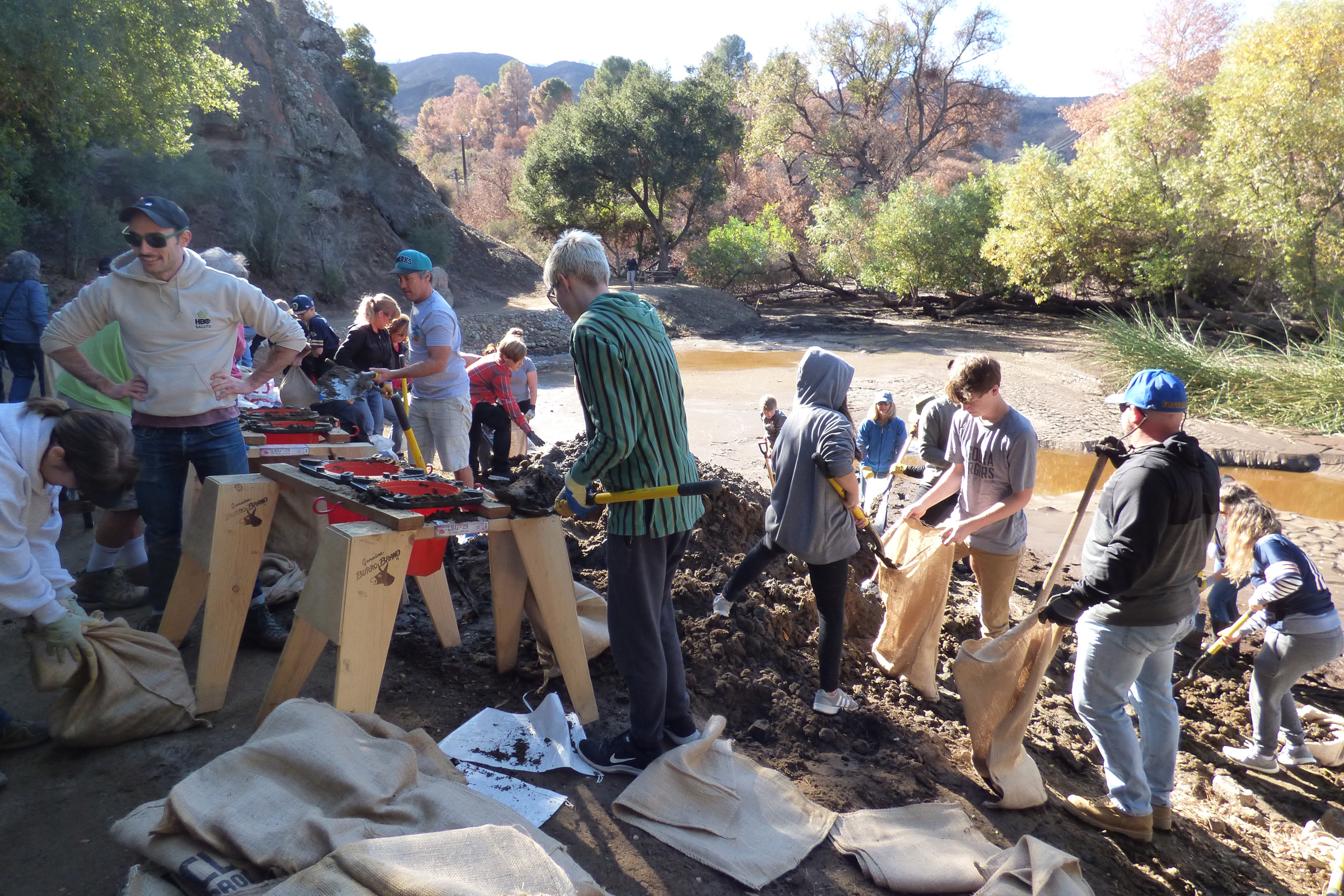 Mountains Restoration Trust staff help organize dozens of volunteers. Each team of two filled their bags with silt from the lake. Many hands really did make lighter work and the process went quickly. Photos by Suzanne Guldimann 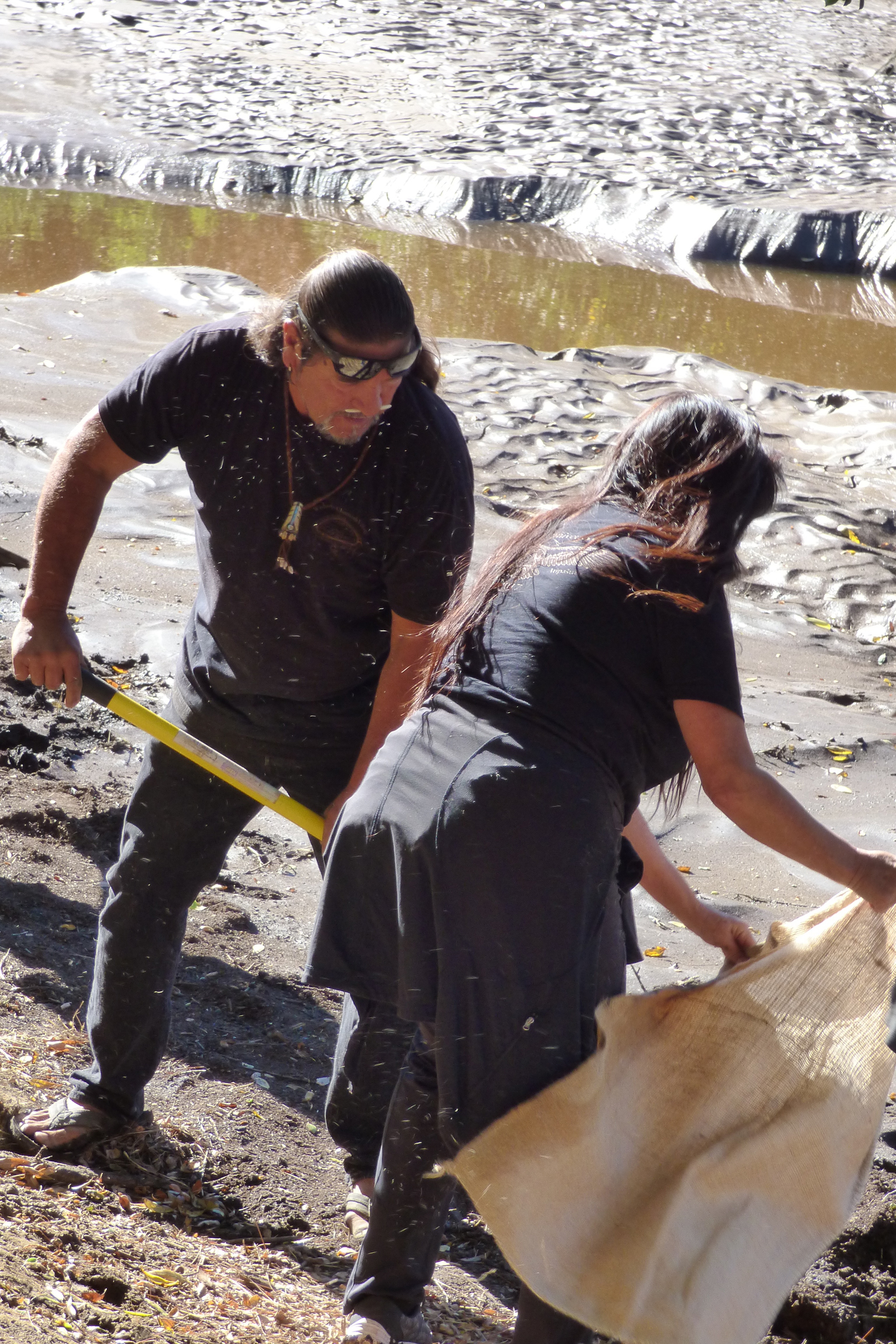 Following a series of rainstorms, neighbors and volunteers sandbag the banks of the debris-filled lake owned by the Seminole Springs Mobile Home Park to deter flooding parts of the neighborhood that didn’t burn in the Woolsey fire.

At the Seminole Hot Springs Mobile Home Park, where more than a hundred residents lost their homes, the Mountains Restoration Trust (MRT) and a crew of dozens of volunteers filled and stacked sandbags to ensure that the man-made lake, already filled with fire debris, doesn’t overtop the dam and flood the part of the neighborhood that did not burn.

The lake belongs to the mobile home park; the open space adjacent to it is maintained by the MRT. The sandbagging effort brought both groups of neighbors together, with dozens of volunteers from all over the area.

Jo Powe, MRT Board president, described the restoration effort in the aftermath of the fire as a challenge equal to the massive scope of the disaster.

“We still have to figure out how to approach it,” Powe told the Messenger Mountain News, indicating that the process will have to involve numerous government agencies involved in the operation of the Santa Monica Mountains National Recreation Area, as well as  non-profit organizations and stakeholders like the mobile home park residents, many of whom lost their homes in the fire.

State Senator Henry Stern was at the volunteer event to show support for the mobile home park’s residents as well as the MRT.

“I am concerned with all aspects of recovery,” Stern said.  He explained that he will be working to facilitate as many resources as possible. “No one is allowed to slip through the cracks,” he said.

The sandbags were an emergency necessity intended to prevent the debris-choked lake from overflowing. A permanent solution will involve dredging the silt and fire debris. Plans for a dredging project were already underway before the fire debris made the situation urgent.

Powe said the MRT hopes to work with the mobile home park to apply for a FEMA grant to fund the project. It’s just one of many emergency projects needed in the aftermath of the Woolsey Fire, but it is one with added urgency because of the potential risk to residents of an area already hard-hit by disaster.

The Woolsey Wildfire—Paying for the Cleanup