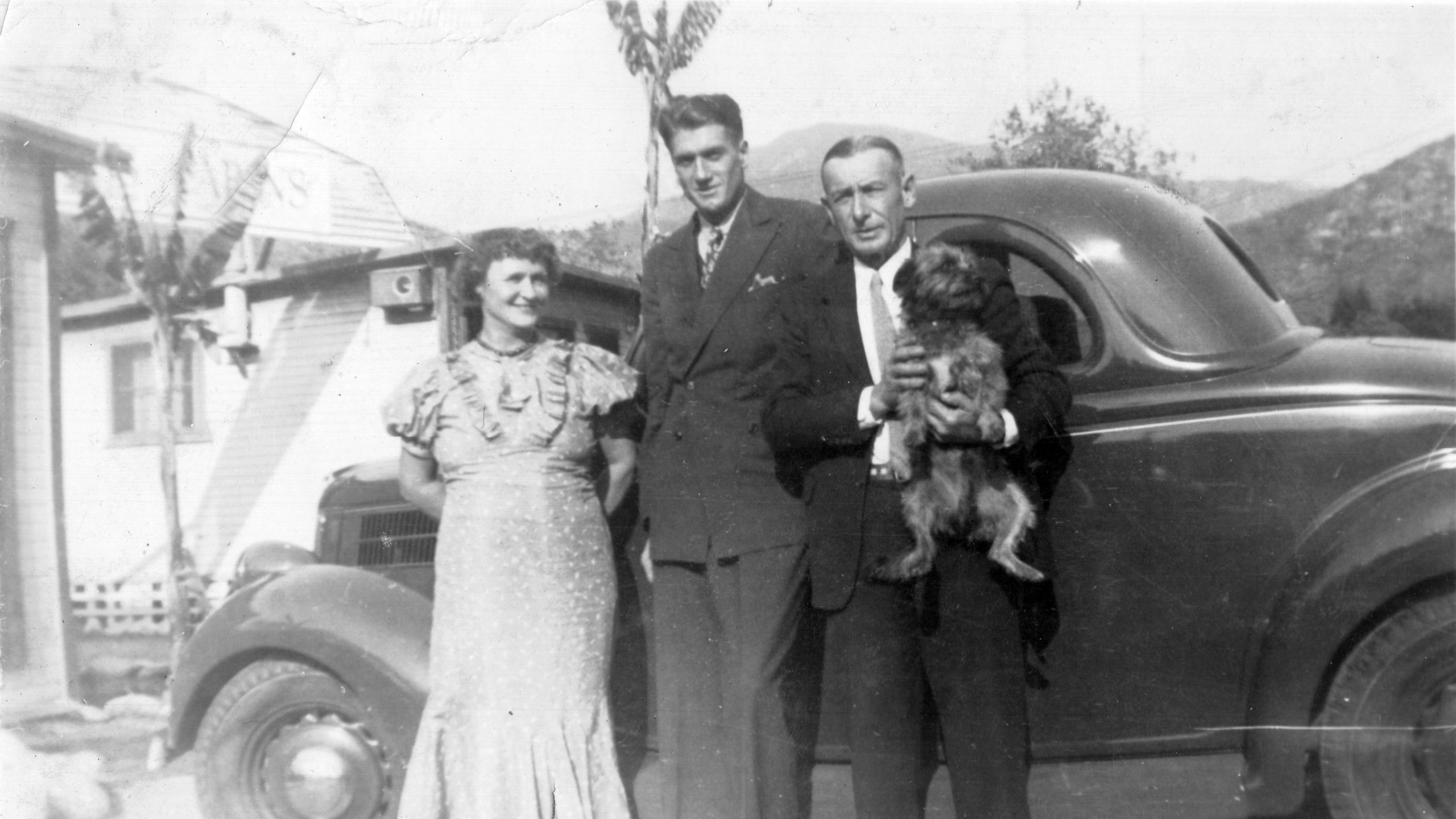 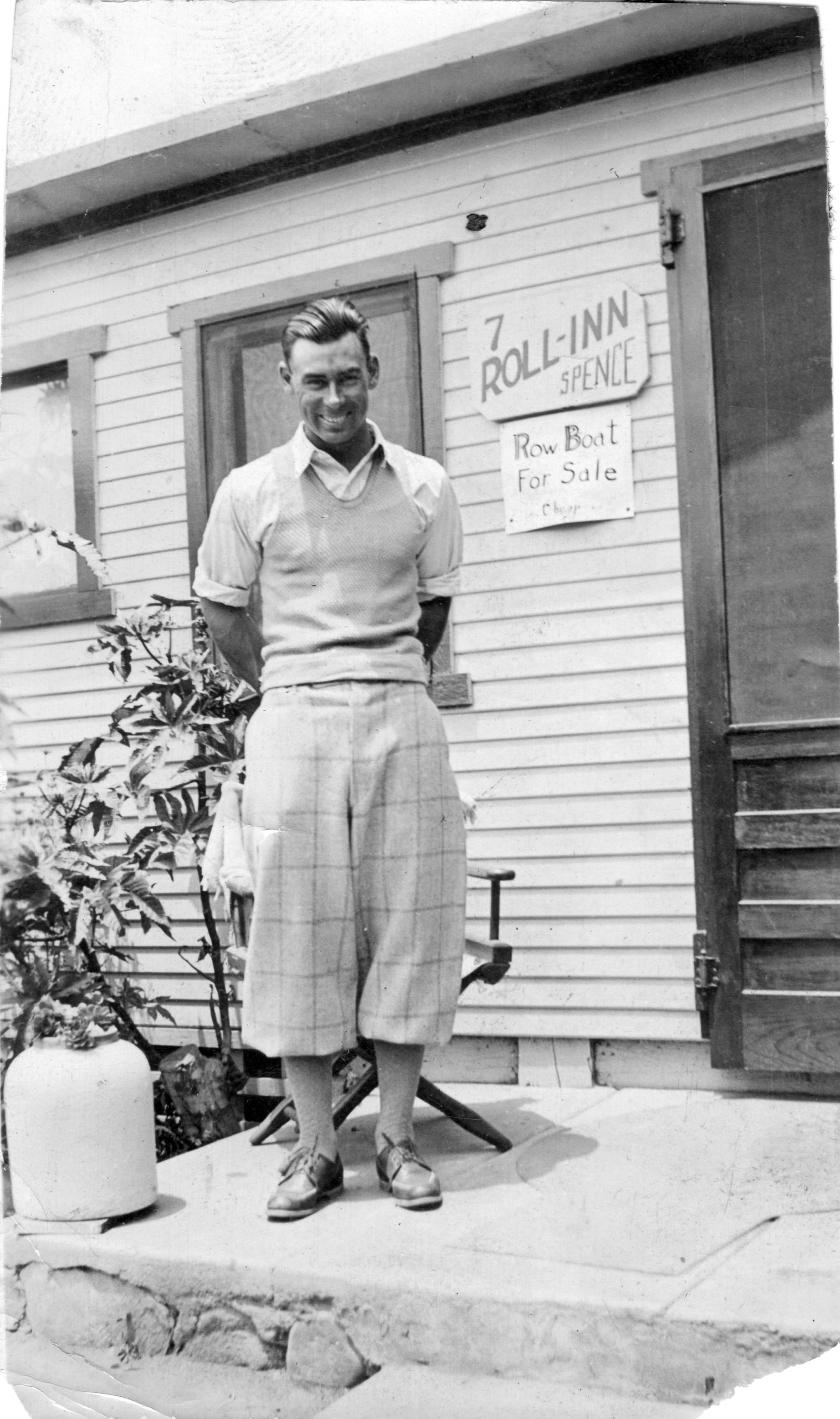 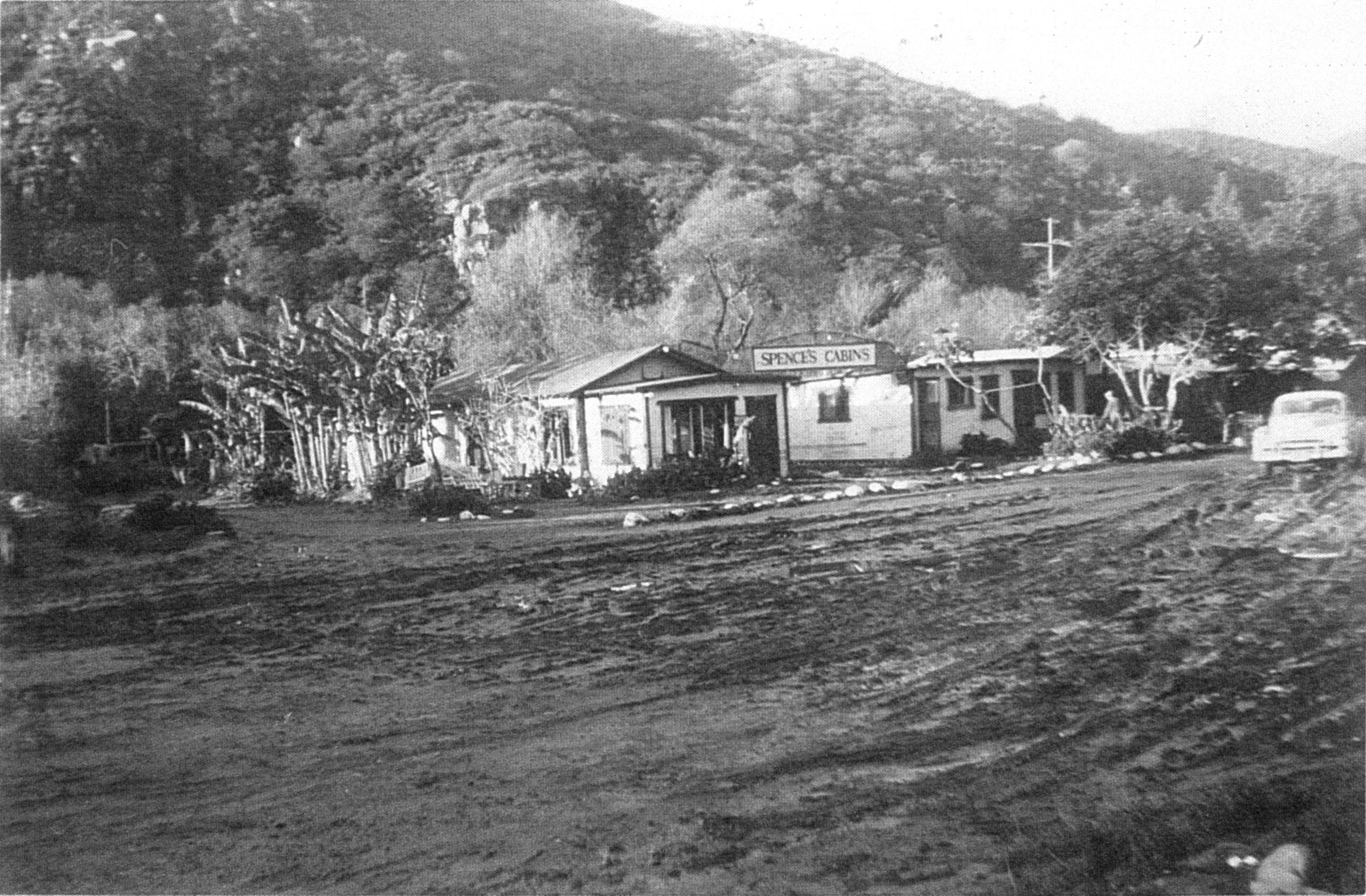 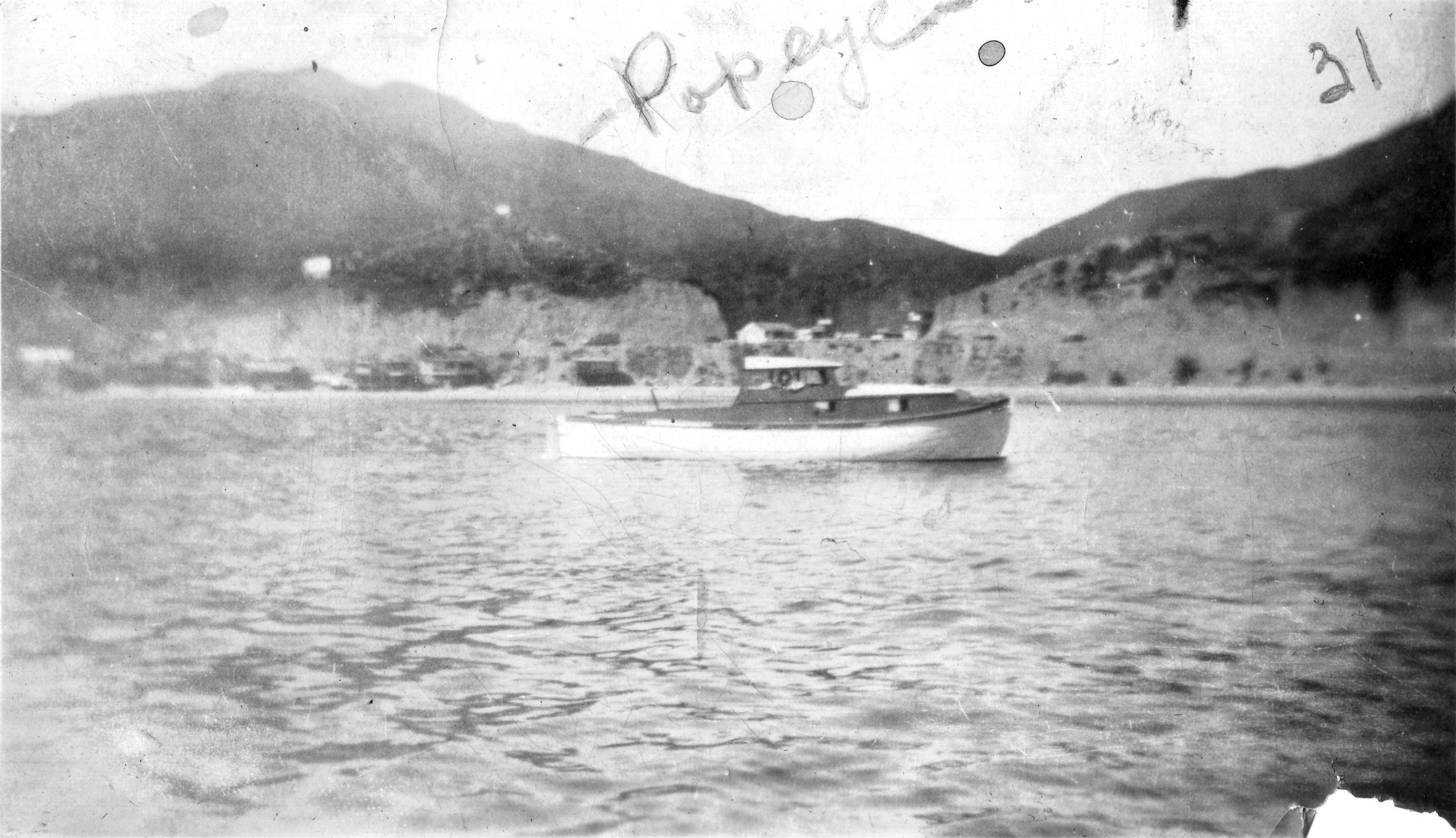 In 1907, the newly widowed Keturah Catherine Spence (1857-1940) left Brantford, Canada to start over in Los Angeles. Catherine, as she called herself, risked her fortune on an avocado orchard, becoming one of the first commercial growers in the US.

Just as avocado toast is a staple on today’s menus, avocados were soon in high demand. The one perceived drawback was that English-speakers couldn’t pronounce the original name, “ahuacate.” So, in 1915, a marketing group called the California Avocado Association, which surely included Catherine, met at the Hotel Alexandria in downtown LA and officially changed the name to “avocado.”

The success of Catherine’s orchard allowed her to buy a house in present-day Koreatown, two building lots in San Diego, and to rent a house in La Jolla for the summer. She also became active in society as a member of the Scottish-expatriate Caledonian Club. Both of her parents were born in Scotland.

Catherine had already raised five children before coming to Los Angeles, some of whom followed her there.

While William got better, Florence worked at Bullock’s department store in downtown LA. Then William got jobs as a telephone operator and a gas station attendant in downtown, and they had three more children: Marion (1913-2002), Howard (1915-1929), and Edna Mae (1920-2016).

Finding themselves at the center of early filmmaking, William and Florence turned their children into actors, with uncredited roles in The Birth of a Nation (1915), Intolerance (1916), and The Cheerful Givers (1917). Baby Howard’s great talent, according to Photoplay Magazine, was his “wonderful repose.”

In 1921, William’s family rented one of the first vacation cabins at Topanga Beach on the “Salt Grass Lawn,” as the flat land by the lagoon was called. When the coast highway was raised for a new bridge in 1933, it walled William’s cabin into what became known as The Gulch, and later The Snake Pit.

In the late 1920s, Catherine somehow lost her orchard. To keep going, she sold the house that she’d bought for William, causing a rift between them, and forcing him to move his family to the beach cabin.

William’s Topanga neighbors helped him find work in the area. Charles Potter (1881-1956) hired him at Potter’s Trading Post, and Clayton Rust (1886-1974) hired him at his Topanga Service Station, both located at the Topanga intersection. William also got a job driving a bus, again probably with the help of Clayton, a former bus driver. It may have been the Big Blue Bus, which started in Santa Monica in 1928.

But the Spences weren’t out of trouble yet. In 1929, they suffered their most devastating loss, when Howard, 14, died from diabetes. That same year, the Great Depression hit. To restore stability, William created a motel business called Spence’s Cabins by taking over the house next door, subdividing it into six units, and building an arched sign that joined the properties.

He beautified the grounds with canna lilies and palms, and planted fruit trees to help feed his family, like peaches, figs, bananas, and of course, avocados. Some of these plants were still being enjoyed by residents many decades later. For Depression-era meat, he raised rabbits because they bred quickly and he could make a profit by selling some.

The children got through the hard time by focusing on school. Edna Mae, in particular, immersed herself in activities at Madison Elementary School and Lincoln Junior High in Santa Monica. She played “the Onion” in a play about vegetables, helped recreate an Indian village, and managed a sports club. She was awarded certificates for her writing skills and for her attendance record, not missing a single day or even being late for a whole semester. Later, she married a popular State Beach lifeguard and volleyball player named Nathan “Nate” Shargo (1910-2007), and moved to the Pacific Palisades.

Thomas studied art at Woodbury University in Downtown LA, excelling at velvet paintings of cowboys, bullfighters, and island girls. At Topanga Beach, he fixed up a boat he named “Popeye,” and motored around the bay with his best friend Jake Fields (1913-1999), a talented sailor who already raced yachts in his teens. Jake’s mother was Lillie Fields (1883-1941), a Scottish widow who managed Cooper’s Camp after the Cooper brothers moved away in 1926.

In 1931, Thomas crossed paths with another young sailor named Frank Chapman, 22, who turned out to be a pirate. However, “The spirit of old Long John Silver must have shuddered over [Frank’s] clumsiness” because while trying to tow away a boat moored offshore, his own boat’s propeller became tangled in fishing nets. Thomas saw Frank’s boat spinning in circles, and not understanding the situation, he paddled out in a canoe to offer help. Frank asked to be taken ashore instead, and once there he ran away.

The fishermen were angry about their broken nets and called Malibu Constable Harland McNab (1888-1962), who “nabbed” Frank farther on down the coast highway. It was later learned that Frank, “whose only known address was the Pacific Ocean,” had arrived in a boat that he’d stolen in Wilmington two days earlier.

For a short time, Thomas lived in his own cabin on Valley View Dr. in Topanga. He worked as a Big Blue Bus driver, and learned to fly planes in his free time. Later, he got a job at the aerospace company Northrop.

Beverly lives in Irvine today, and remembers visiting her grandparents at Topanga Beach. Part of the fun was being able to stay in an empty cabin. She enjoyed humming songs for Florence, who could quickly pick them up on the piano. In the backyard, she saw rabbit skins being stretched on a clothesline. And walking along the creek to the beach, she was spooked by the water snakes in the lagoon.

Topanga water snakes are unheard of today, but Beverly’s memory is corroborated by Raymond James, a Topanga bus driver in 1916.

“This morning as James was driving his car down the mountain boulevard he noticed a great commotion in the stream at his left. Soon he saw a trout leap out of the water and in its jaws was a large-sized water-snake. The snake had wrapped itself around the trout and was doing its best to impede its movements.”

And in 1921, fisherman Alexander MacKenzie wrote of Topanga Creek, “Water snakes abounded, every pool containing two or three…. [They] do a lot toward depleting a stream of trout.”

Like many motels, Spence’s Cabins attracted a few sketchy characters.

One was Horace Hurd (1917-1987), who got too drunk while celebrating his brother’s arrival and began fighting with his wife Ann. Thomas tried to intervene, but was pummeled to the ground, while Beverly watched in horror. Fortunately, his injuries weren’t serious, but Ann had to be taken to the emergency room for her elbow. Horace and Ann later divorced, yet Horace managed to rise from this low-point to become a beloved sportswriter in Oregon named “Red” Hurd.

Another problem tenant was Jacqueline Henninger, 34, who was stealing valuables from beach houses during parties. She was finally caught after she asked to use the phone of Louis L. Golden (b.1889) and left with his “17-jewel wristwatch.” Her bafflingly denial of theft was that she’d only taken the watch as a “keepsake.”

The 1938 Topanga fire lightly damaged Spence’s Cabins, but by the end of the decade the Spence family was back on solid footing. According to Marion, William’s business had grown to include 32 units, indicating that he was co-managing the Topanga Beach Auto Court with Swiss-born John P. Amacher (1895-1979), who later became a politician in Oregon.

Despite persistent threats—a flood in 1941 carried away a neighbor’s house, and a fire in 1949 burned down a cabin—Spence’s Cabins remained open until William retired in 1953. By then, he had become something of a political presence himself in the community, earning the nickname “Mayor of Topanga.”

A Model of Sustainability