A phalanx of yellow buses poured black students to the curb and across the street. The white boy waited for the Crosstown 31. His mother told him that the ancient yet ornate high school less than a block from their row house on Chickasaw Street was no place for someone like him, that where he belonged was with the other smart kids who gathered at another school; one that, for those who passed the aptitude test, would be afforded every opportunity.

It wasn’t the nicest looking house on the street but it wasn’t the worst, either, which matters little in a neighborhood, if that is what it was, with narrow oil-stained streets, cars, angled up and down, packed against the curb just as the houses were packed against one another, all in a row.

As the boy would discover much later, the row houses on Chickasaw Street were on the edge of racial transformation; the remaining white residents too poor to move out and most of them too old to care. A few blocks south in the direction of the city’s center, the old white neighborhood gave way to black, teeming with the raucous energy of a foreign land, thickly populated, younger, edgier, dangerous and, despite the insidious forces that had conspired to maintain the border, more vital.

What the boy’s mother failed to mention, perhaps because she did not know, is that the white boy and his mother, despite their material struggles on Chickasaw Street, were all part of a system that heavily favored the white boy over the masses of young black people who had been corralled into the city’s densely packed neighborhoods—with odd names like Over the Rhine, as if these habitations offered scenic vistas of rolling waters rather than of streets filled with bars and liquor stores and prostitutes—and then shipped off daily to be re-corralled at the high school so near the white boy’s row house on Chickasaw Street.

The white boy would learn only later that the circumstances of this particular situation were shaped by centuries of human bondage and discrimination and that the legacy of this enduring racial dilemma had played out on his doorstep.

It was 1976, the nation’s bicentennial year, when massive celebrations were held to honor the enlightened idea that “all men are created equal” despite a great deal of evidence to the contrary.

Further confusing matters were the dark shadows hanging over a country which seemed to be spinning out of control; a nation wounded by the traumatic ripples of Vietnam, the loss of faith, and sense of hopelessness that accompanies the dethroning of a crooked president, and a failed civil rights movement that had done little to improve the lives of those who gathered each school day across the street while the white boy waited for the Crosstown 31.

The white boy’s advantage was difficult to see. He had passed the test, after all, a test that made him eligible to attend the finer school with the advanced curriculum, the smaller classes, and the more experienced teachers and counselors who knew that their job was to prepare the boy for a bright, academically-focused future filled with the possibilities of the law or medicine or business, or, despite the inevitable familial objections, the  arts; a future nurtured by the passing of the test that told all who cared to inquire that he was a boy of great potential.

It was a good thing that he had passed the test and, primarily, that he had a white mother who even knew such a test existed, one that offered passage to the inevitably safer, whiter school. His mother had assured him that she would never have sent him to the school so near their row house, so near all the black students. The boy never even imagined himself attending such a school because he was afraid of them.

He had no concrete reason to be afraid; he just was. That’s how it works, by the way, how it has worked for a really long time, so long, in fact, that there should be no surprise to discover that America has a long history of raising her children this way.

The boy didn’t know all this in 1976, never really thinking then that he might walk across the street and join all the brothers and sisters at their school, which, today, has become the white boy’s biggest regret: if he had only thought to venture into that other world, it might not have taken him so long to begin figuring out America.

Now the boy, no longer a boy, struggles to get to know the black people that he feared. Not those black people exactly, but those around him now, down the street, on the other side of town. Those black people, whose mothers and fathers may have known streets like Chickasaw where, when dropped off at school, knew exactly why the white boy over there was waiting for the Crosstown 31.

It’s a funny thing that the white boy’s new friends are acutely aware that he has actively immersed himself into a part of their world which is only another way of saying he has intruded, stepped into their space, tried to learn what it was like to walk through the halls of their high school. Amazingly, these new friends humor him because they have known for a long time that the solution to what ails America is for white people to figure out what it means to be black; no matter how offensively they may do it.

It’s even funnier that they all know the white boy hasn’t a chance of figuring that one out but don’t seem to mind too much the effort. And, since the white boy is now an old white boy, they seem to forgive him the racial lessons he was taught, the fear he was taught, while waiting for the Crosstown 31. 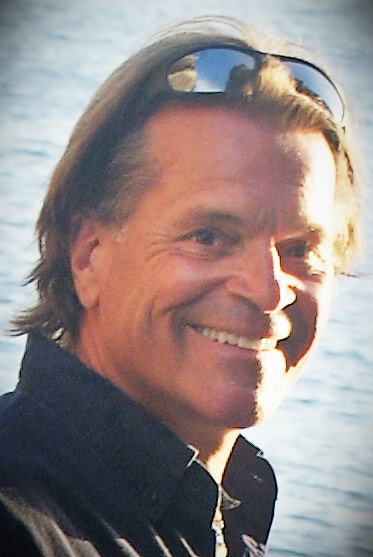 The Owls Have It