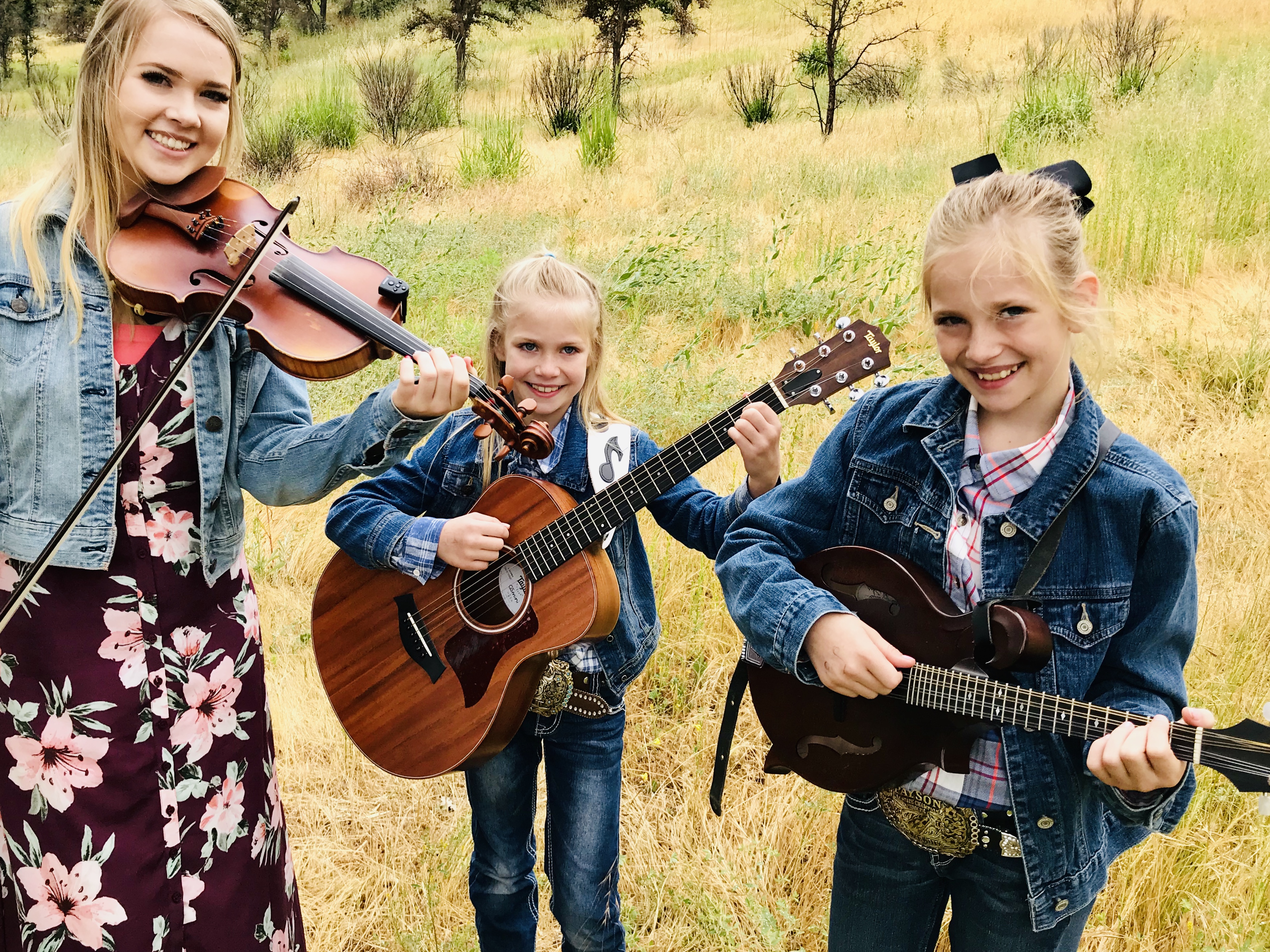 The Arizona Wallflowers—sisters Maddie Dietrich, 18, Brie, 9, and Ranelle, 10—drove from Arizona with their parents and siblings to compete. Photos by Claire Fordham 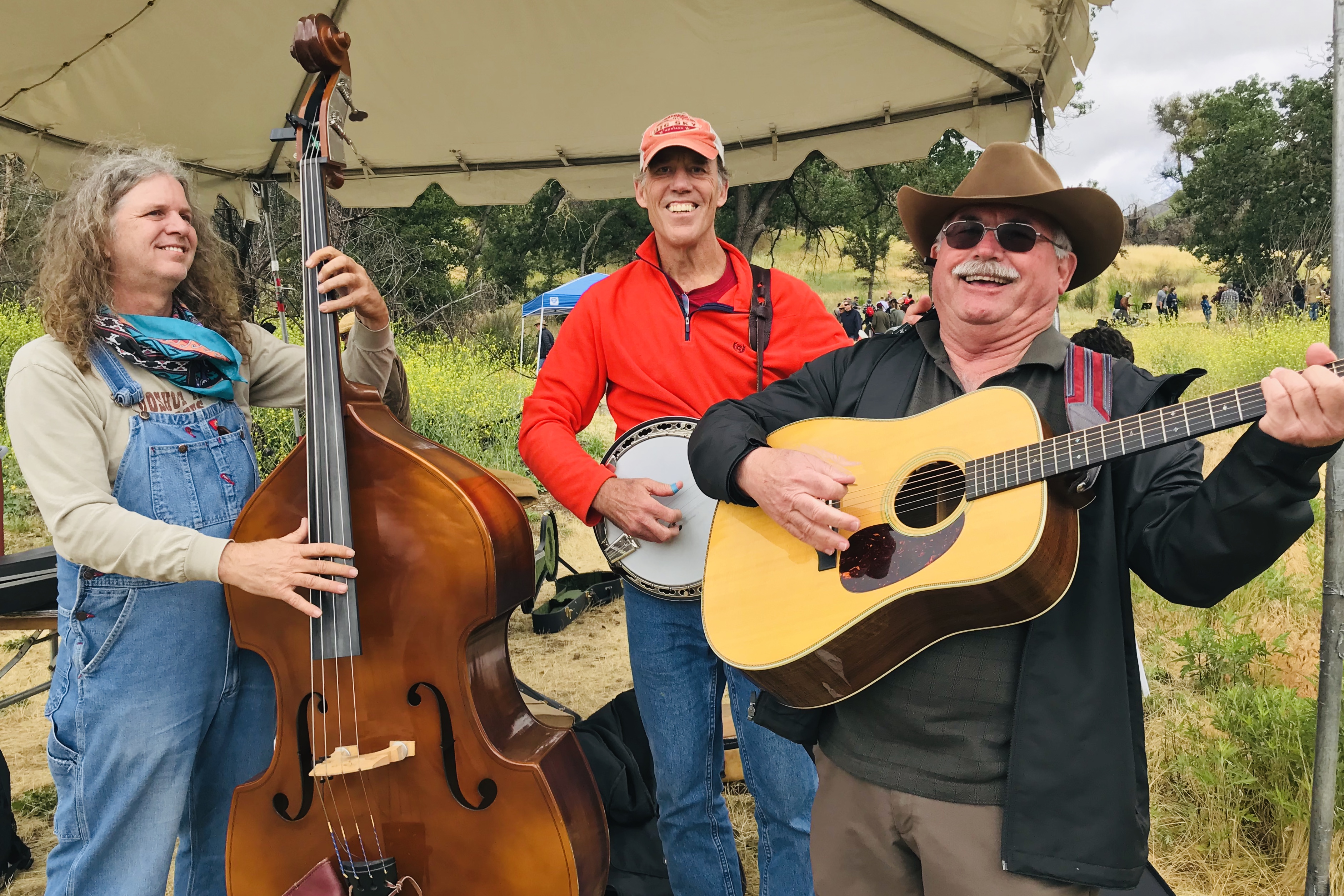 From left to right: Steve Seifert, Sean Conlon and Paul Haas get ready to hit the stage. 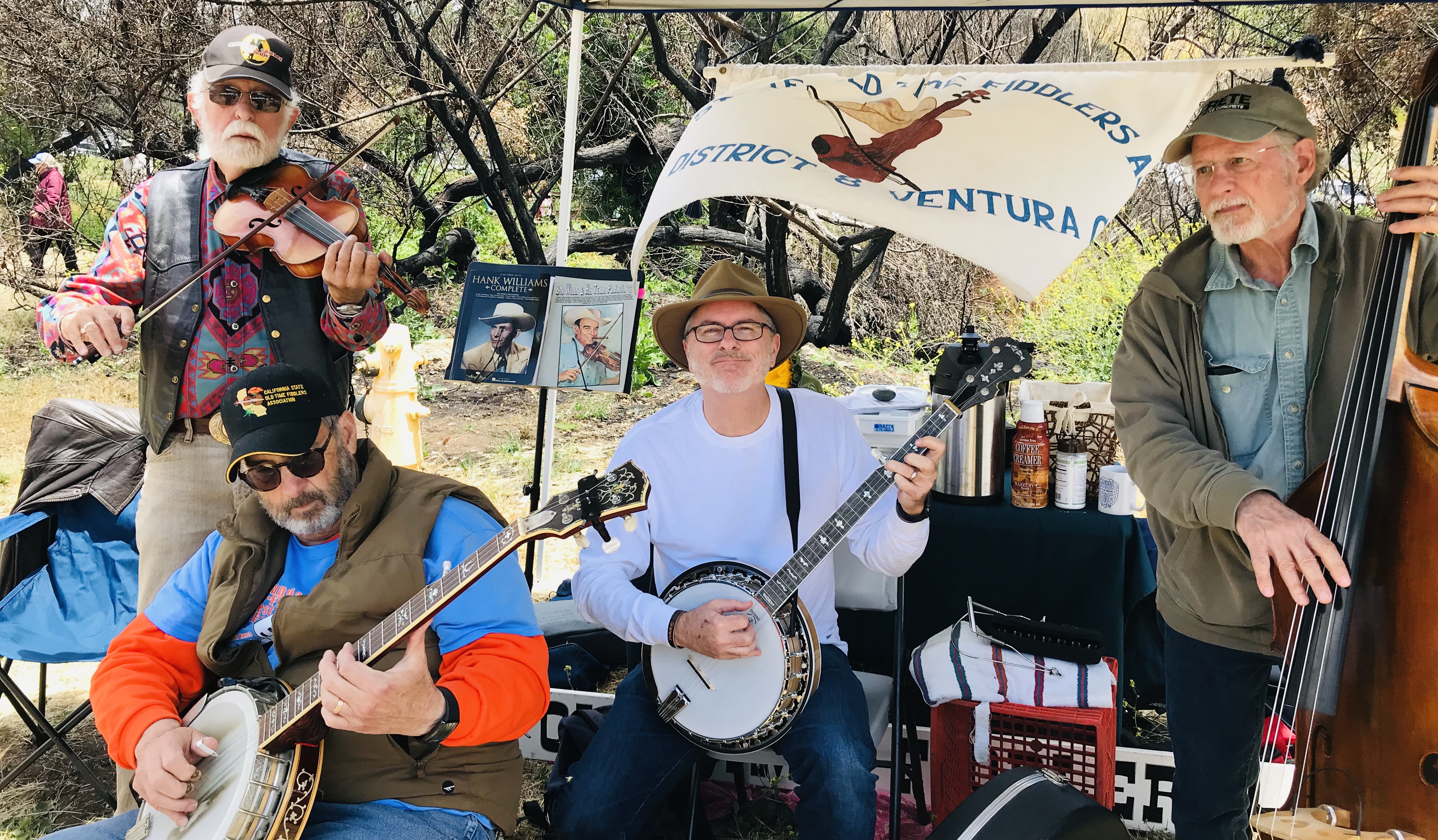 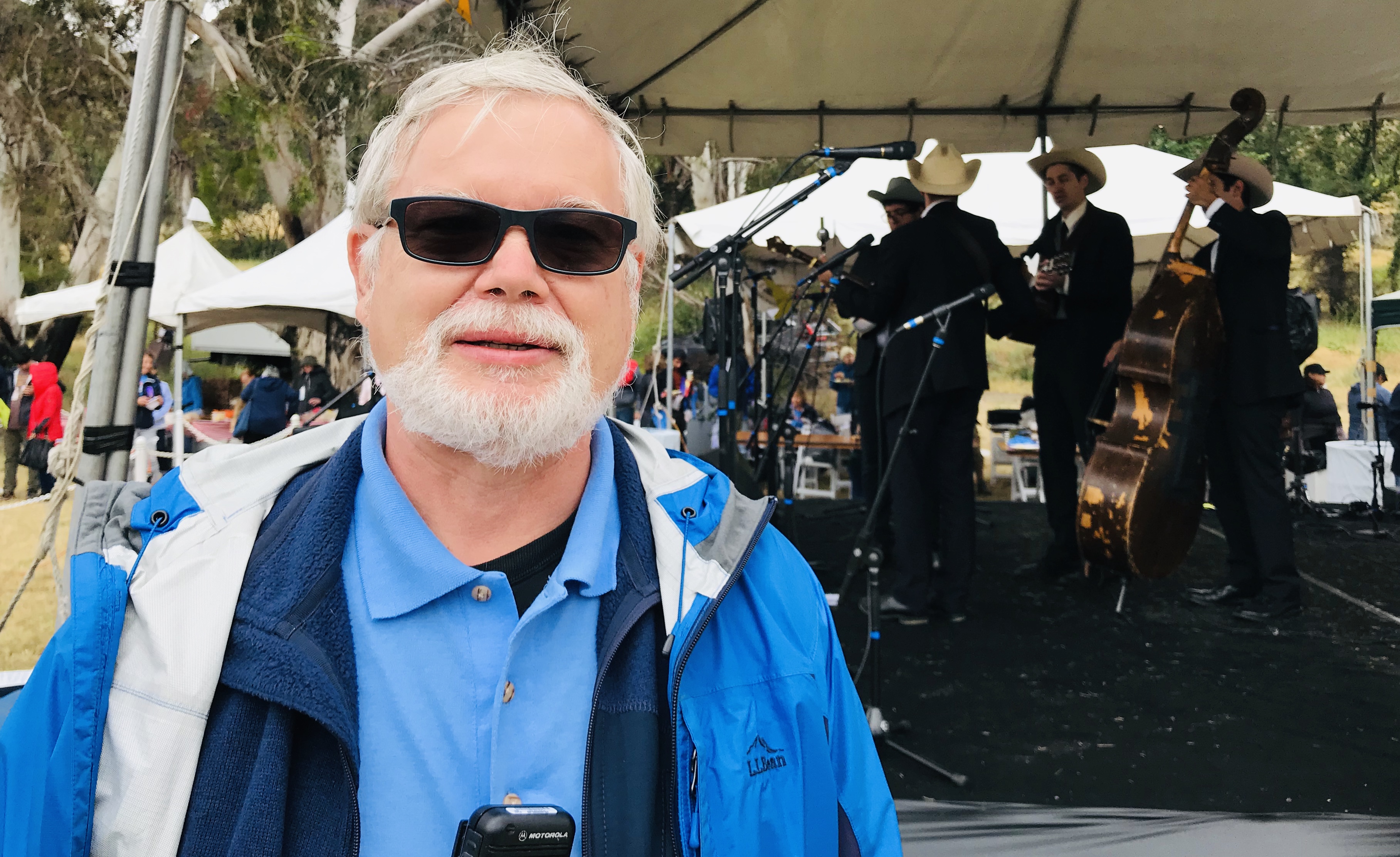 Gary Floyd has been president of the Topanga Banjo Fiddle Contest & Folk Festival for 20 years. 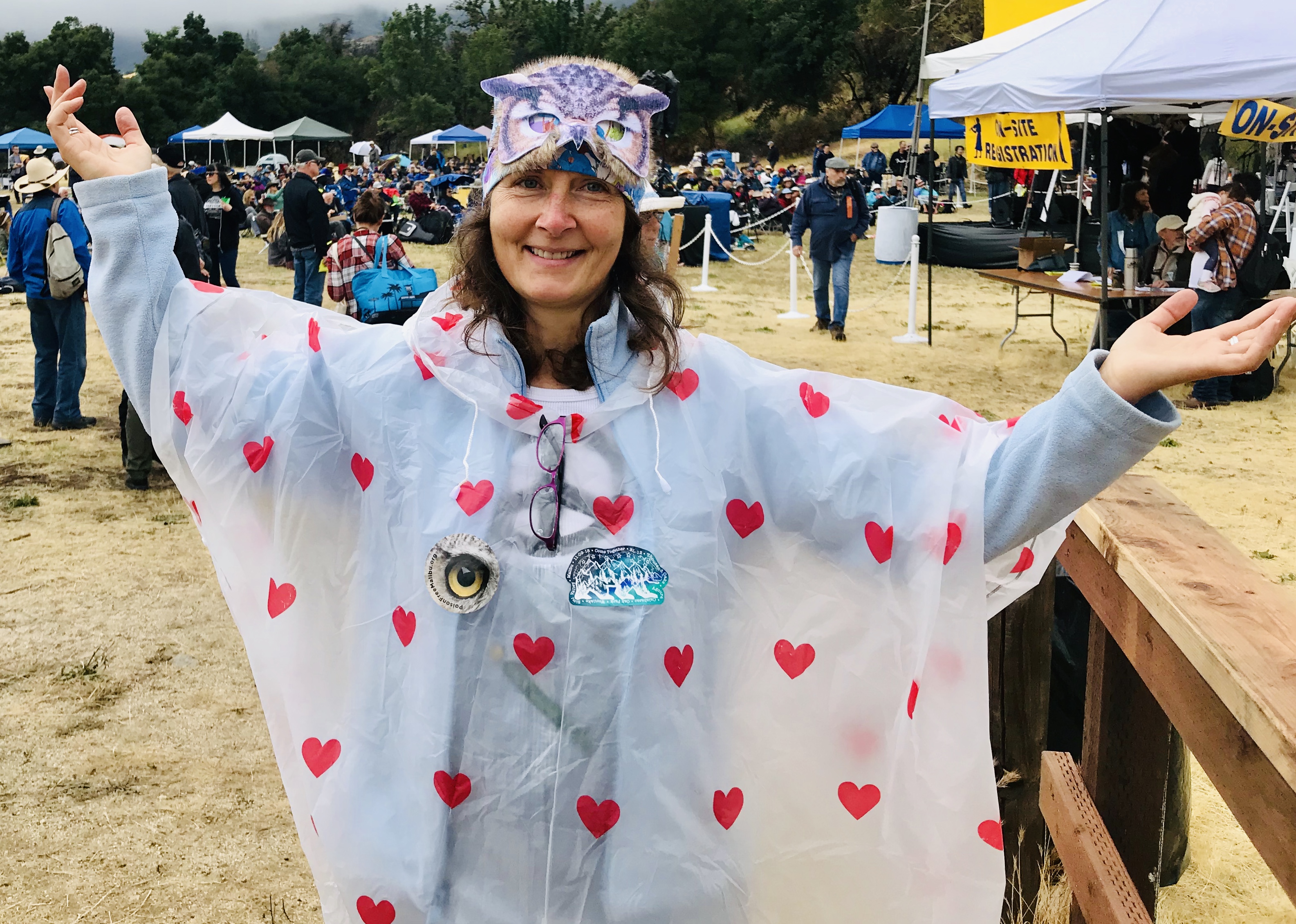 Jenni Campbell, TBFCFF board member and chair for the Long-term Recovery Group for the Woolsey Fire. 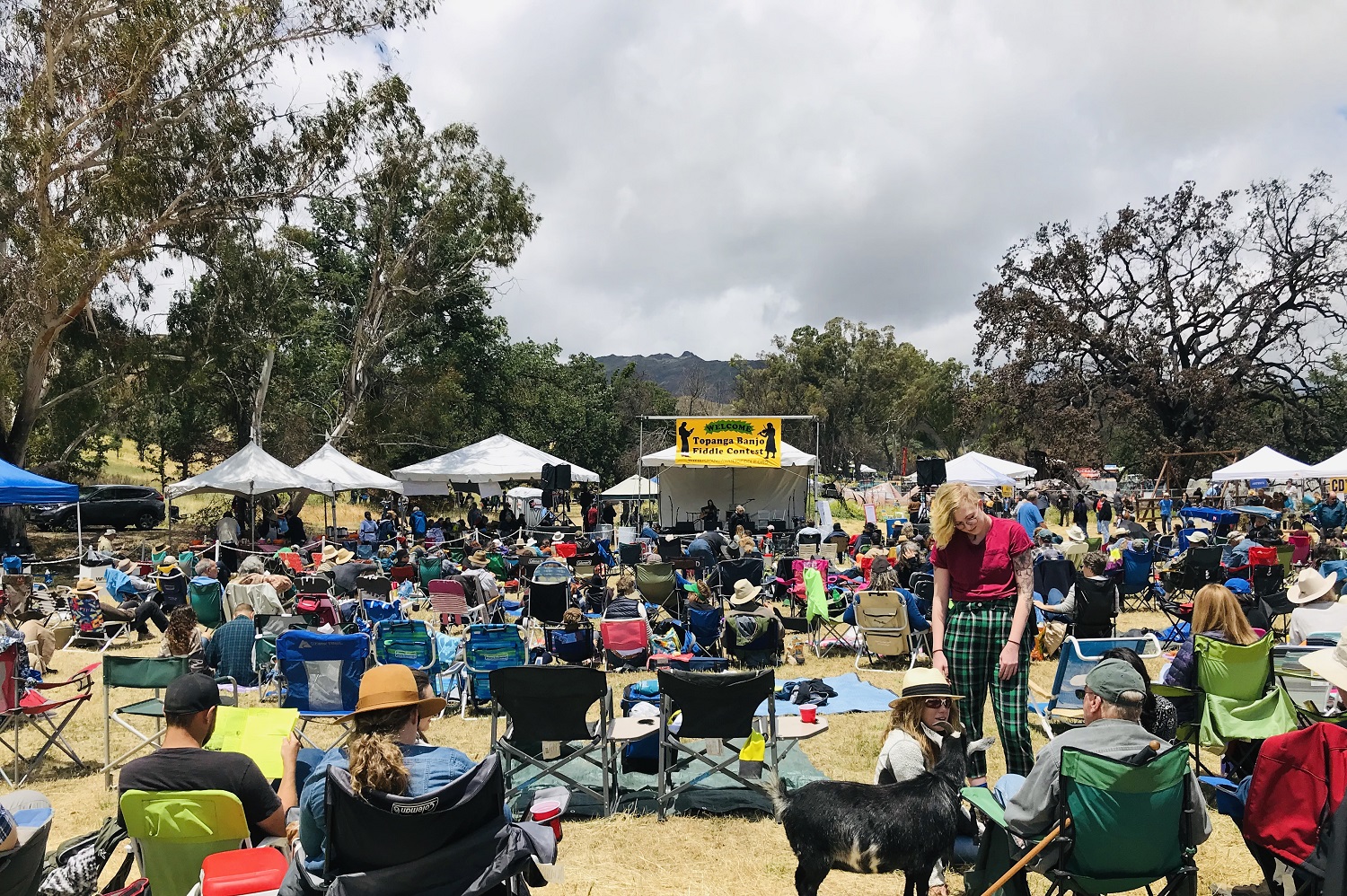 Two days before the 59th Topanga Banjo Fiddle Contest and Folk Festival (TBFCFF), and with rain in the forecast, the organizers were seriously considering cancelling the event held at Paramount Ranch since 1989.

This was the first large public event held at Paramount Ranch in Agoura Hills since the Woolsey Fire, which destroyed most of Western Town on the ranch where movies have been made for over a hundred years.

Deciding it was worth the risk as so much time and expense had already been invested, festival president of 20 years Gary Floyd decided to go ahead.

“It’s the largest event the National Park Service (NPS) has in Southern California; we had to make it happen,” he said.

The weather was kind and the rain held off. While numbers were down 50 percent in previous years, 2400 people attended. More than a hundred musicians took part in the festival competition.

Jenni Campbell, TBFCFF committee member and chair of the Los Angeles Region Long-term Recovery Group for the Woolsey Fire said she was delighted with the turn out. “We have collaborated with people who recognized this community is still healing and that music and art bring us together. The healing is a long process. Right now, people are realizing that they aren’t healed. They are coming out of crisis mode and have been running on adrenaline trying to make it through every day. Now they’re just recognizing that they are still hurting and need to start processing what happened because they have been so busy focusing on just getting through each day.”

The Santa Monica Mountains Fund, the official non-profit for the NPS, is leading the fundraising to rebuild Western Town at Paramount Ranch and are one of the beneficiaries of the festival. They need $1.1 million. So far, they’ve raised $150,000 and hope to have it re-built by the end of December 2020.

“It’s the only place in the country where you can come and find out the U.S.’s movie history free of charge. They’ve been filming movies on this site for over a hundred years. It’s such an important place culturally,” said Santa Monica Mountains Fund’s Charlotte Parry.

Santa Monica Mountains National Recreation Area is the largest urban national park in the country and 88 percent of the land burned in the Woolsey Fire.

“It is coming back to life,” said Parry. “We’ve seen fantastic growth after the rain, but it doesn’t mean to say we are safe from fire again because a lot of new fuel has come through. Fingers crossed there won’t be another fire.”

It was hard to forget there was a devastating fire just six months ago; the two stages where the musicians played were surrounded by charred trees. But there was new growth sprouting on what looked like dead trees creating a feeling of re-birth and plenty of joy at the 59th Topanga Banjo Fiddle Contest and Folk Festival.