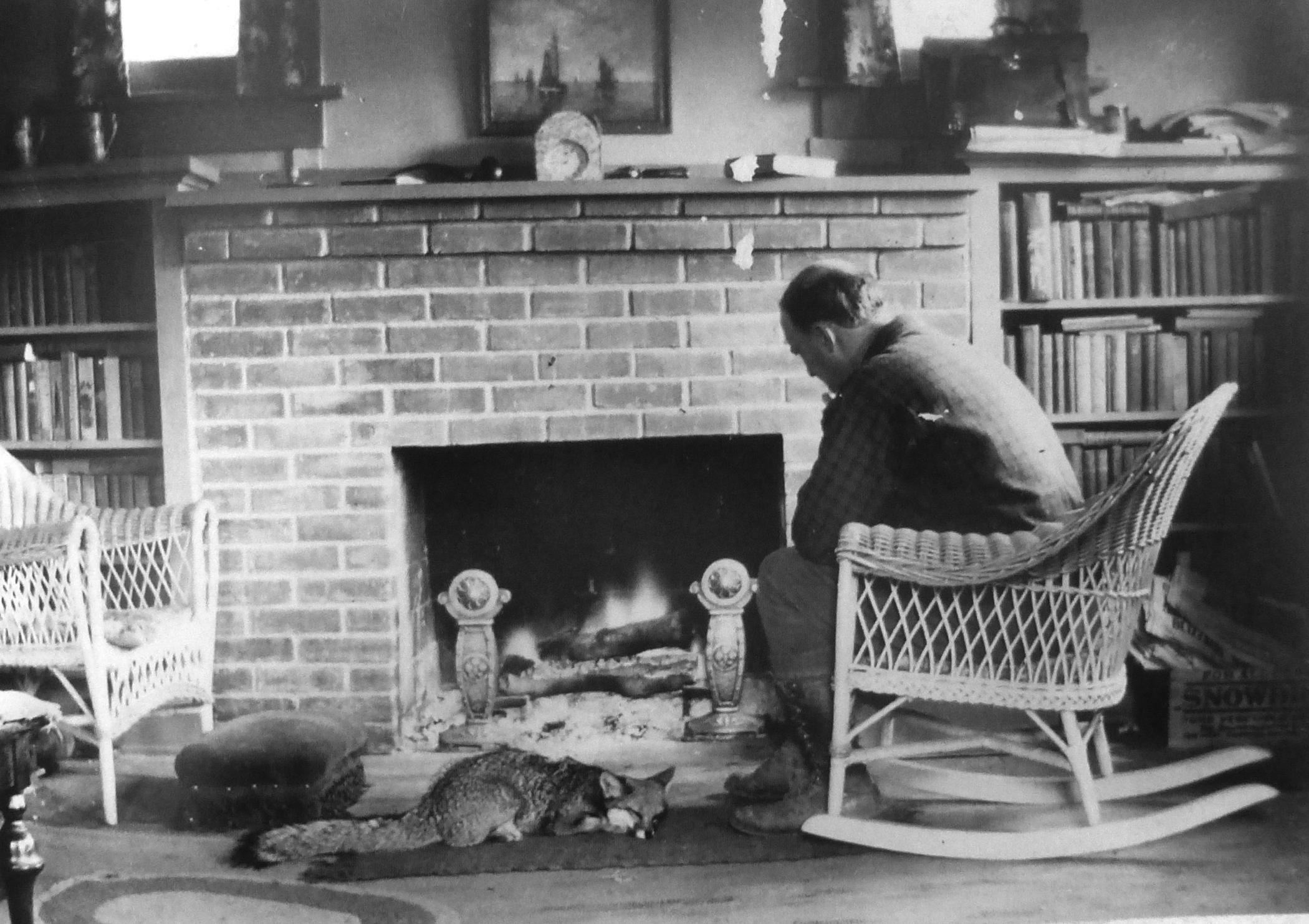 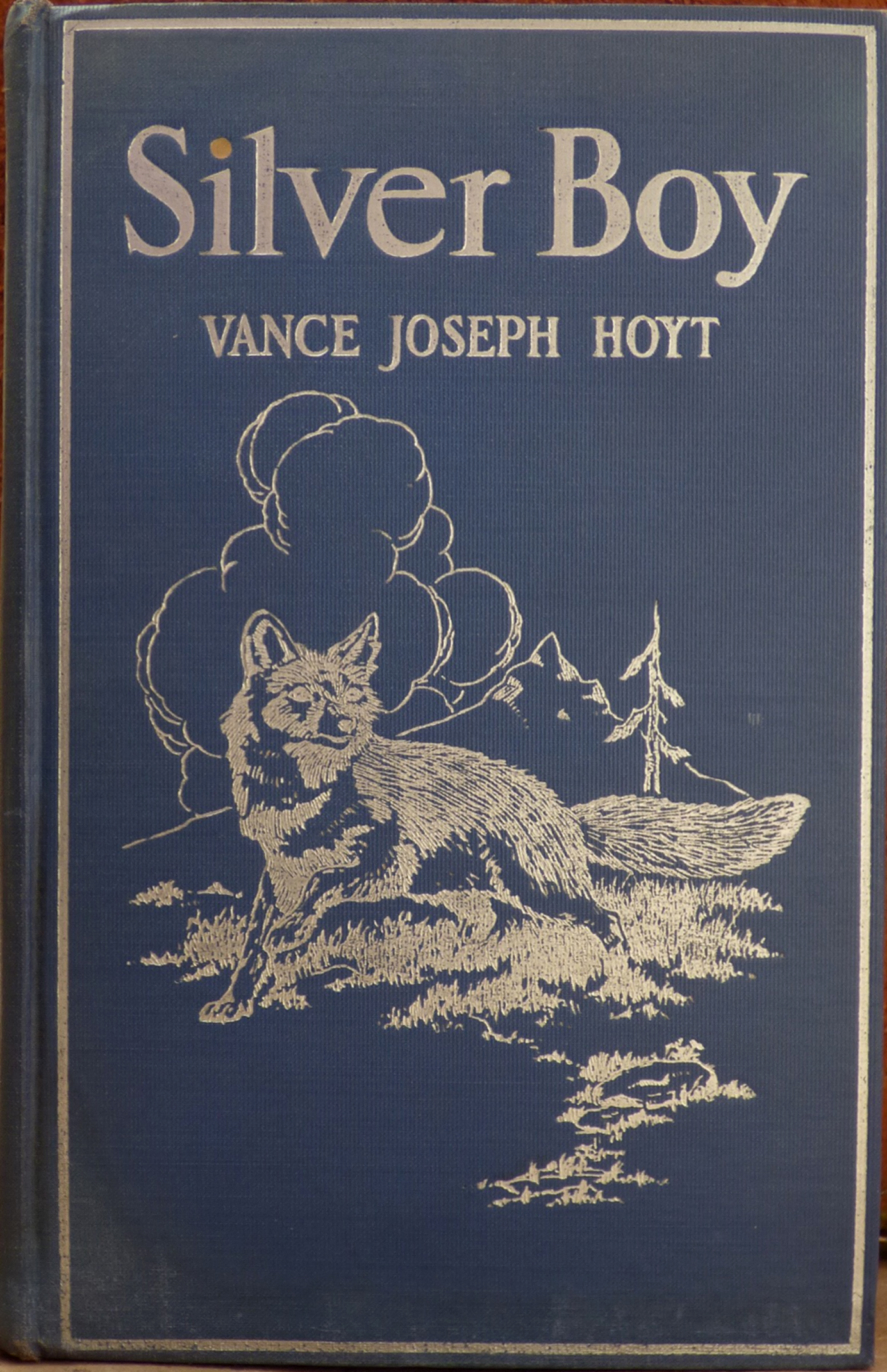 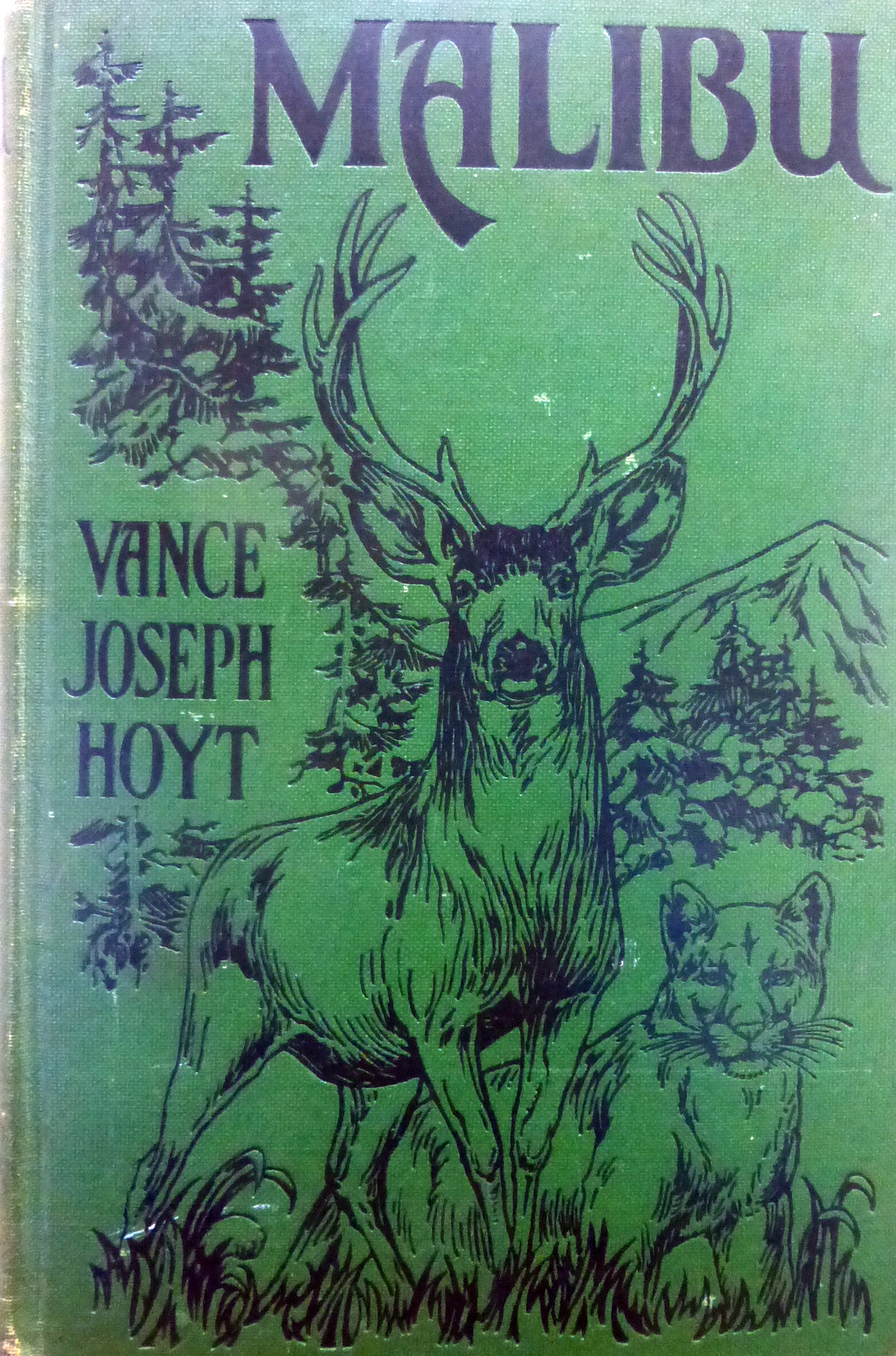 The cover of "Malibu" 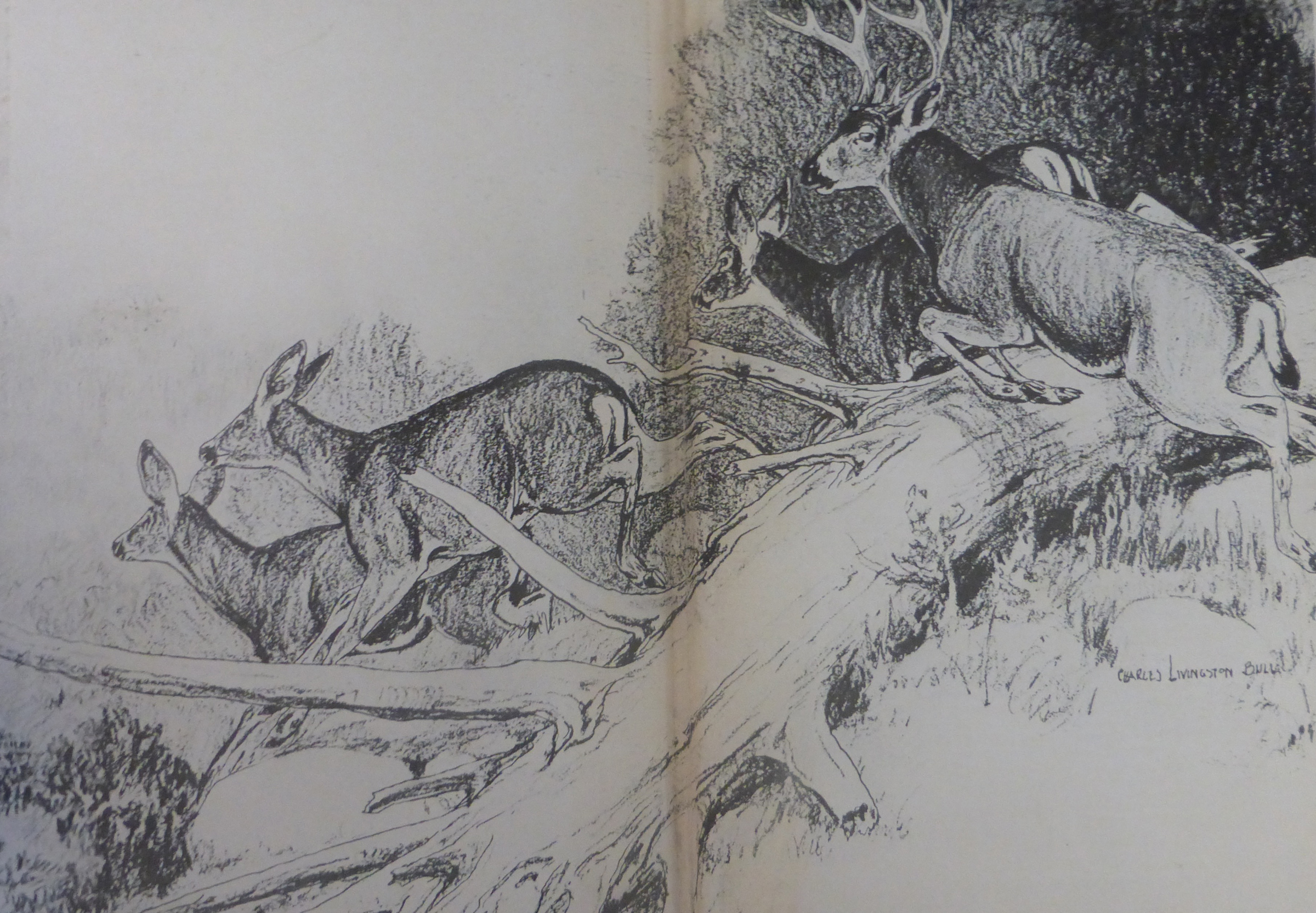 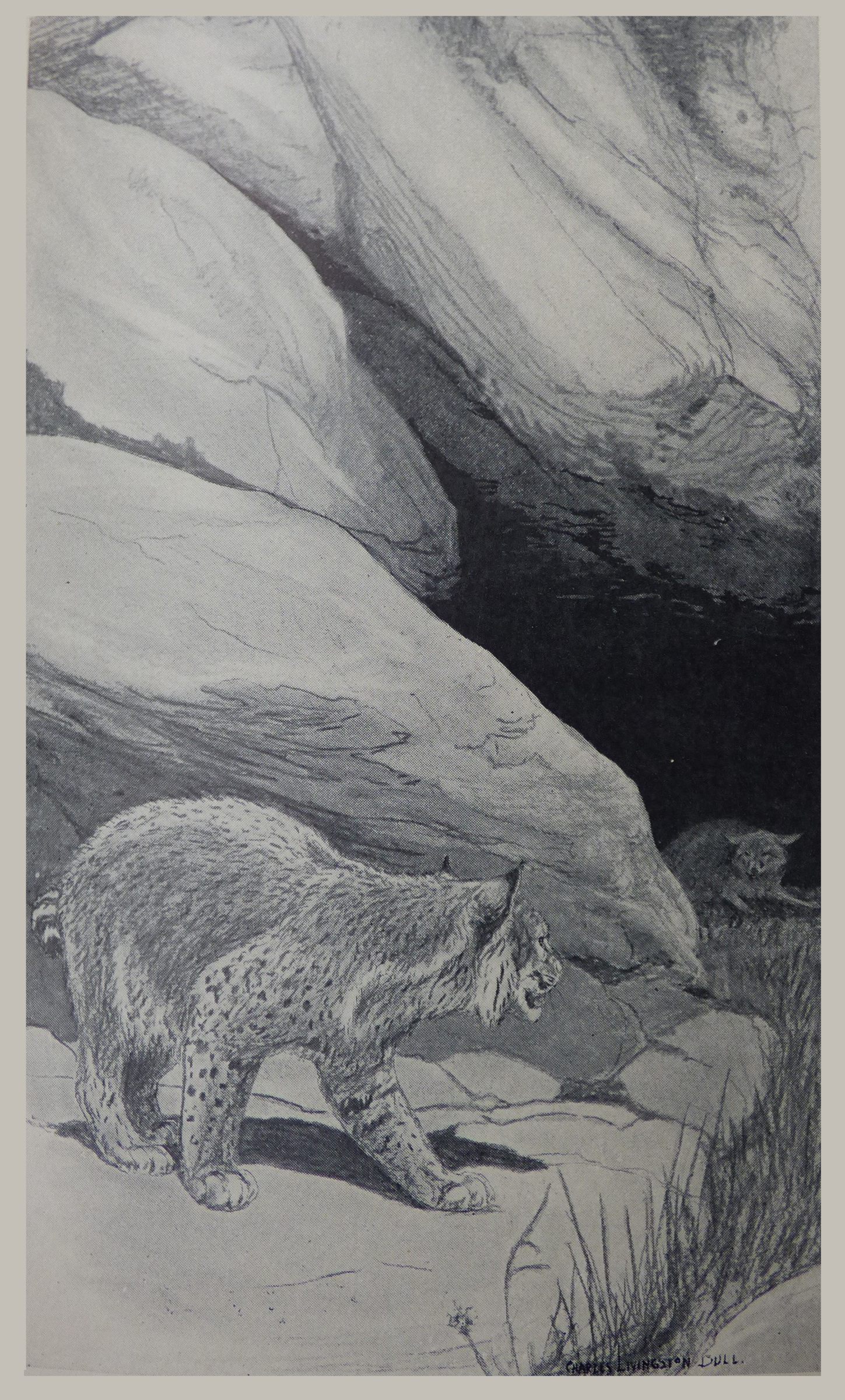 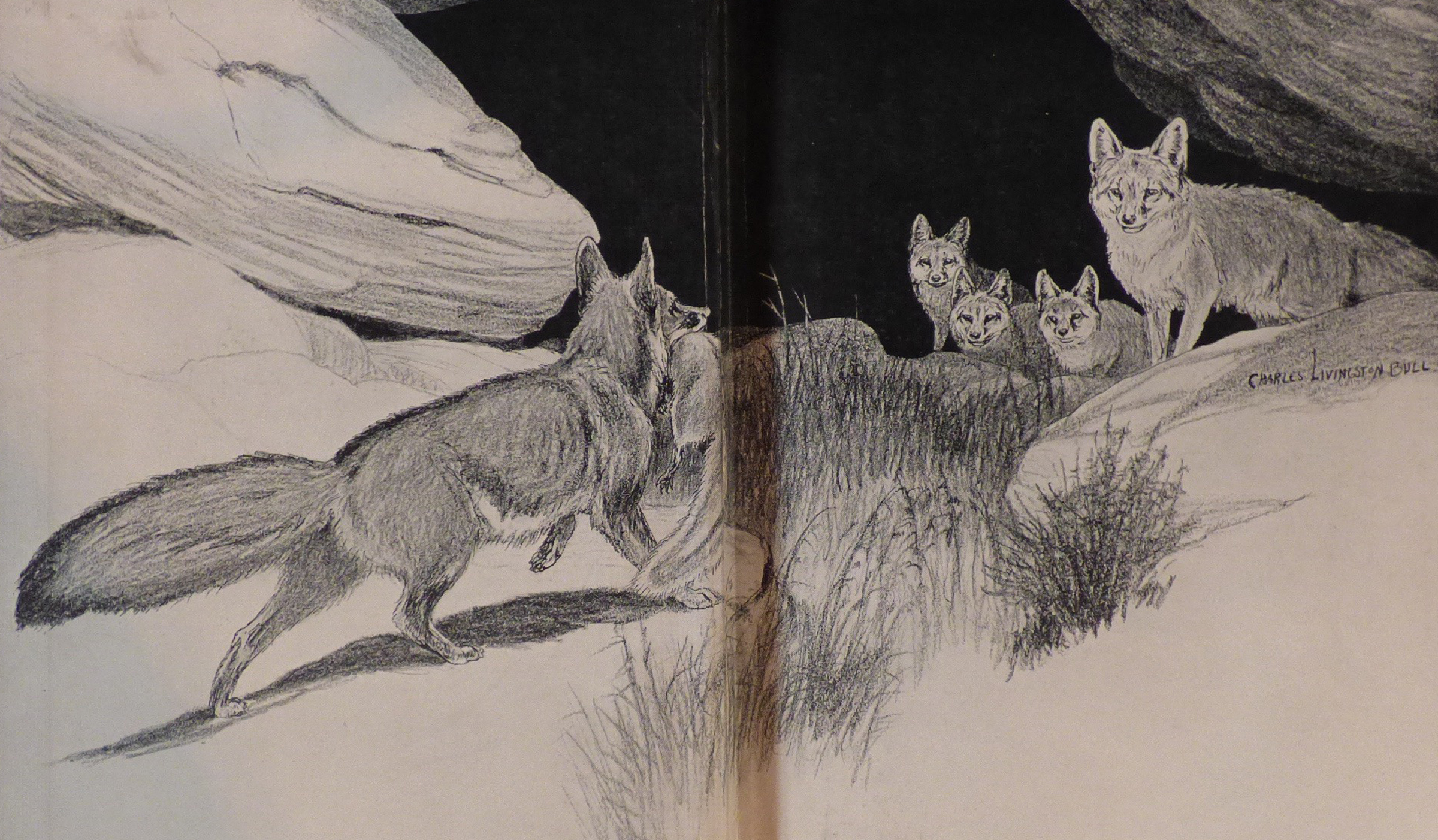 MORE THAN 50 YEARS BEFORE THE SANTA MONICA MOUNTAINS NATIONAL RECREATION AREA WAS CREATED, TOPANGA WAS HOME TO A REMARKABLE CONSERVATIONIST AND NATURALIST WHOSE GOAL WAS TO SHARE HIS LOVE AND
KNOWLEDGE OF THE CANYON AND ITS WILDLIFE WITH THE WORLD.

More than 50 years before the Santa Monica Mountains National Recreation Area was created, Topanga was home to a remarkable conservationist and naturalist whose goal was to share his love and knowledge of the canyon and its wildlife with the world.

Vance Joseph Hoyt, born in 1889, was raised by his grandfather, Edward Jonathan Hoyt, a Civil War soldier turned circus acrobat. Edward Hoyt, better known as Buckskin Joe, taught himself to play 16 musical instruments, learned to walk the tightrope, and had his own Wild West show that traveled to the corners of the earth. He also found time along the way to prospect for silver and gold, open a grocery store, and serve as a U.S. Marshall.

Vance Hoyt learned an abiding love of animals and wide open spaces from his grandfather. He also inherited his wry sense of humor. A poster advertising the elder Hoyt’s services as a music teacher boasts: “teacher of knotty notation, violin sawing, clarinet squalling and triple-tongue back action French horn blowing,” and promises, “I guarantee the most horrifying results in 24 lessons.”

Like his grandfather, Vance Hoyt would also earn a larger-than-life reputation, but not as a circus performer. Instead, he would come to be known as a real-life Doctor Doolittle, someone with the gift of talking to the animals.

“Ever since I can remember, I have made friends with the wild folk,” he is quoted in an article in the October 6, 1940 Los Angeles Times, describing himself as an animal psychologist.

Hoyt abandoned the traveling life and moved to Los Angeles, where he studied medicine and became an osteopath. His name appears in various medical directories during the early years of his career, and he patented a baby food made from “certain California cereals,” in 1920, but it wasn’t until he discovered Topanga that he found his true vocation.

In 1922, at the age of 33, Hoyt bought two parcels of land in Red Rock Canyon. He and his wife Ruth and young son, Albert, camped in the canyon while they built a small cabin.

Hoyt spent every weekend and holiday exploring the mountains and learning about their inhabitants. He brought home young animals of all kinds and raised them as family pets. Contemporary ecologists might be appalled by his approach, but Hoyt was one of the first local advocates for wildlife conservation, and a keen observer who took meticulous notes on the behavior of his pet animals and their wild kin.

In 1929, Hoyt published his first book, “Silver Boy: Gray Fox of Topanga.” It chronicled his friendship with a wild fox that became a member of his family. The book launched a successful literary career.

More books quickly followed and Hoyt became a popular nature columnist, writing for magazines and newspapers, including the Los Angeles Times, where he shared his observations on deer, coyotes, mountain lions, skunks, raccoons, and the gray foxes that he loved.

In an era when most people regarded animals as “dumb beasts” at best and vermin at worst, Hoyt believed strongly that animals have intelligence and purpose, and was also an early opponent of sport hunting.

“When a man says animals don’t think and that they have no sense of humor he does not know what he is talking about,” Hoyt stated in a 1930 interview in the Los Angeles Times.

“I say [animals] are keener than man any day,” he continued. “Just think of it, 80,000 hunters went into the woods of California last fall to slaughter animals. To be sure, they got more than 20,000 deer, presumably buck, but some escaped them in those 30 days. That proves how clever deer are. How long do you suppose a man would last if he should take himself to the woods with 80,000 other men seeking him with 80,000 rifles? Do you think he would come out alive after 30 days? I hardly think so. But that is what every buck deer in the state is called upon to do every year.”

In another interview, he stated that he started writing because, “I was appalled by the lack of knowledge of the average Californian regarding the chaparral and the animal-life we have here at the doorstep of Los Angeles.”

In 1931, his novel “Malibu” debuted. Like Austrian author Felix Salten’s 1923 novel “Bambi, a Life in the Woods,” published in the U.S. in 1929, “Malibu” tells the story of a deer from the animal’s perspective. In this case, the eponymous Malibu, a mule deer, was raised by Hoyt with a mountain lion kitten, as an experiment to see if the two species could coexist.

“Nearly always it is man’s view of the hunt that is presented, rarely has the animal’s side of the struggle been told,” Hoyt wrote in the foreword to “Malibu.” [Man] has never recognized the rights of the lesser brothers of creation…but he is beginning to open his eyes! If this nature story will, in the slightest way, abate the desire to kill, the story of Malibu will not have been written in vain.”

The book was a hit and a film version was soon in development. Hoyt wrote the screenplay and helped wrangle the animals used on set, but their treatment appalled him.

There is a quote from Hoyt in the Topanga Historical Society’s comprehensive history, “The Topanga Story,” that states, “Producing a movie with wild animals brought many disheartening moments.”

“Man, the grand little troublemaker, is forever upsetting the balance of nature,” Hoyt once lamented, “but he pays heavily for his blunders.”

By the late 1940s, Hoyt’s writing had taken on a melancholy tone. Instead of revealing new wonders, he looked back at what he viewed as a vanishing world. As early as 1934 he observed that “only at twilight and dawn can you see any more the coming and going, the stalk and frolic of the few remaining wild denizens of wood and field. Those few are the ghosts of what was once recognized as the greatest resource of California.”

Hoyt died in 1967, ten years before the Santa Monica Mountains National Recreation Area became a reality. The California legislature memorialized his death with a proclamation commending his work, but he would never know that the heart of his much-loved Red Rock Canyon and the wildlife that resides there would one day receive the highest level of protection as part of a national park.

Hoyt’s son, Albert, who served as Topanga’s postmaster for decades, shared his father’s love of Topanga and the mountains. He worked to create the Resource Conservation District of the Santa Monica Mountains and was elected as a founding director. There is no doubt that 21st century Topanga residents continue to work for and fight for the protections Hoyt dreamed of more than 100 years ago.

None of Hoyt’s books are currently in print, but they are readily available second-hand. They’re worth the trouble of finding for their vivid description of the Topanga landscape in the 1920s and for Hoyt’s detailed and fascinating descriptions of his animal companions.

What are Coyotes Eating? Sign Up to Help Analyze Coyote Scat