Environment
May 5, 2017
by Messenger Staff 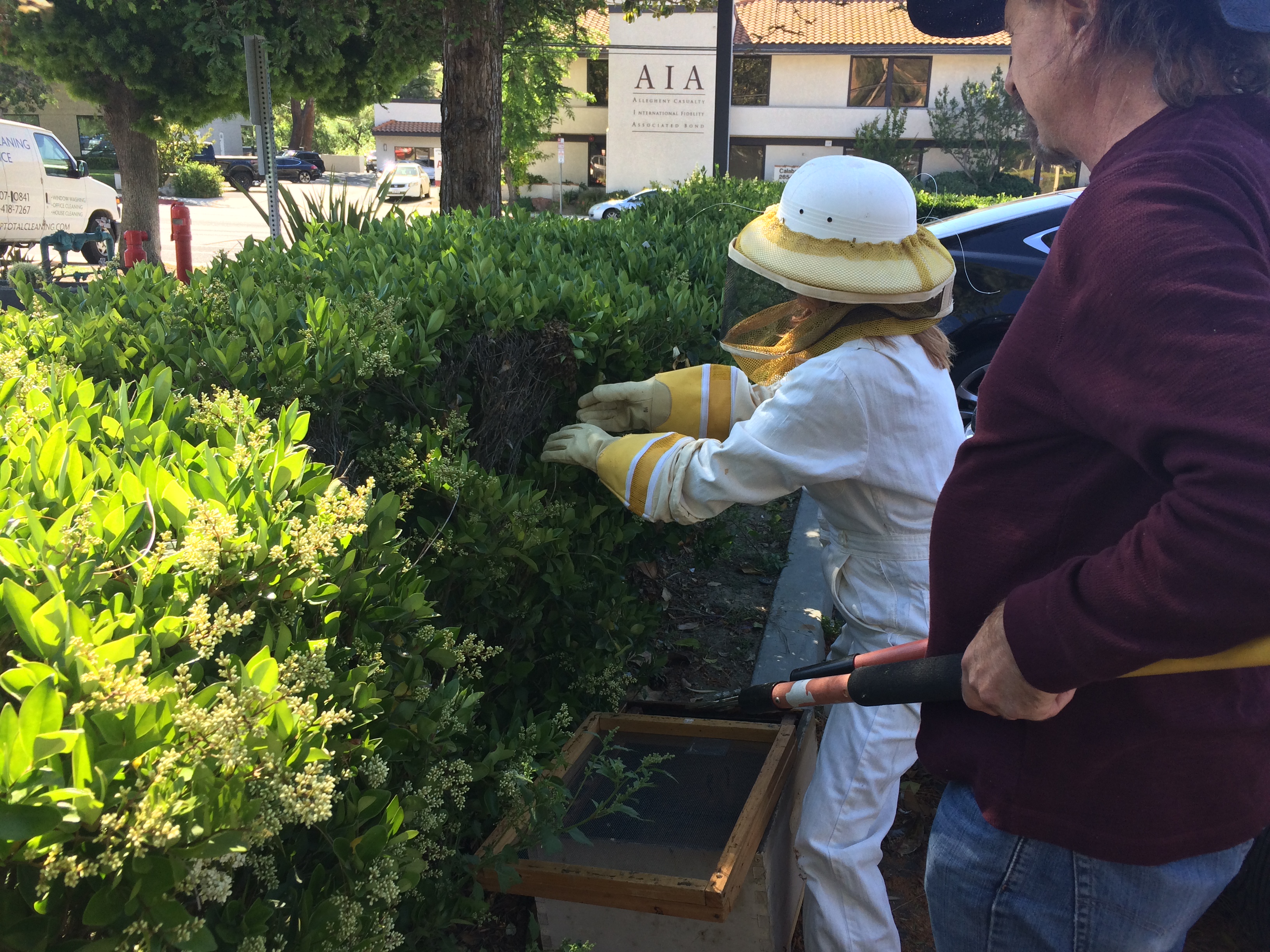 Susan clipping back the hedge to reach the swarm of honeybees. 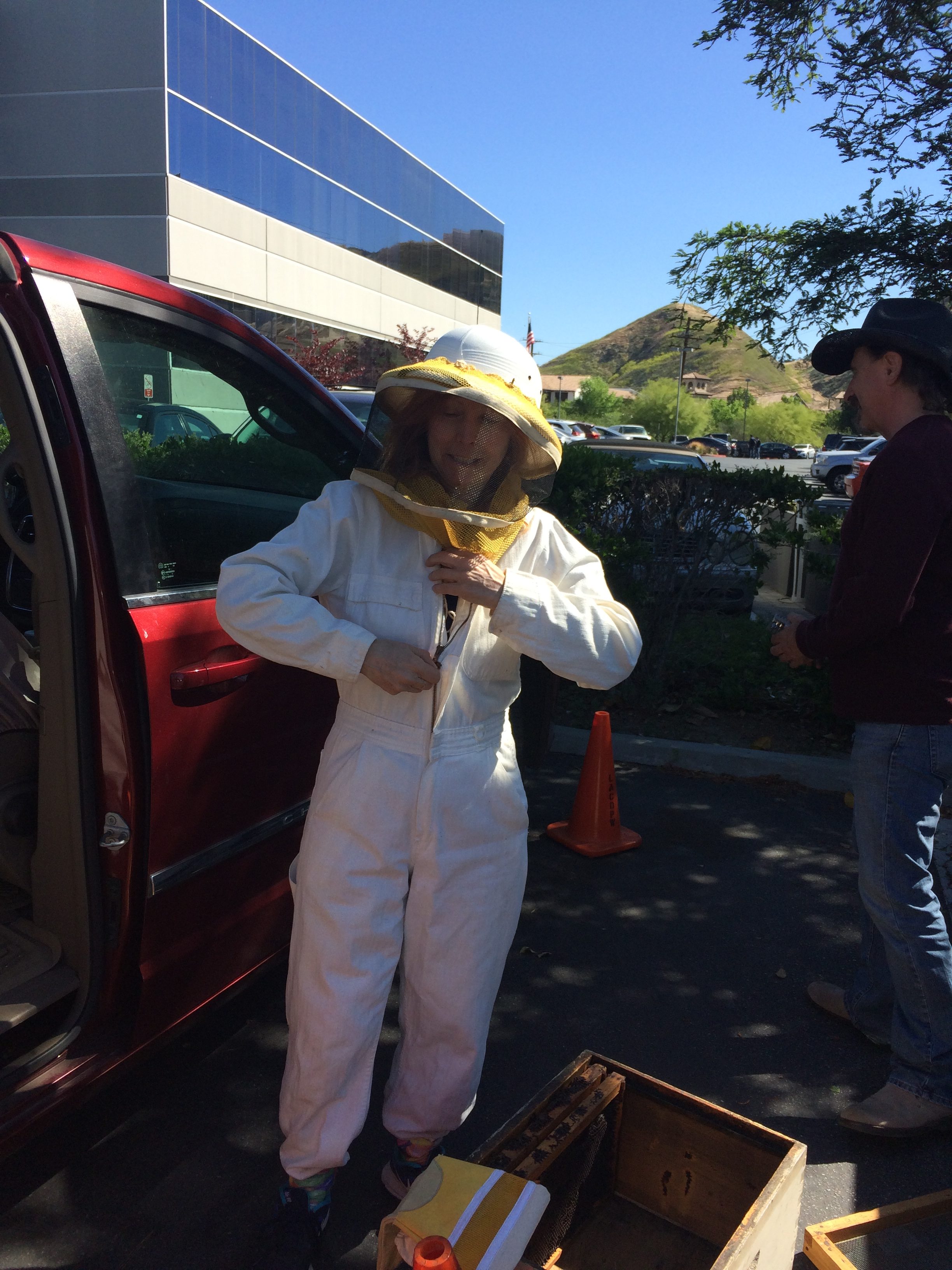 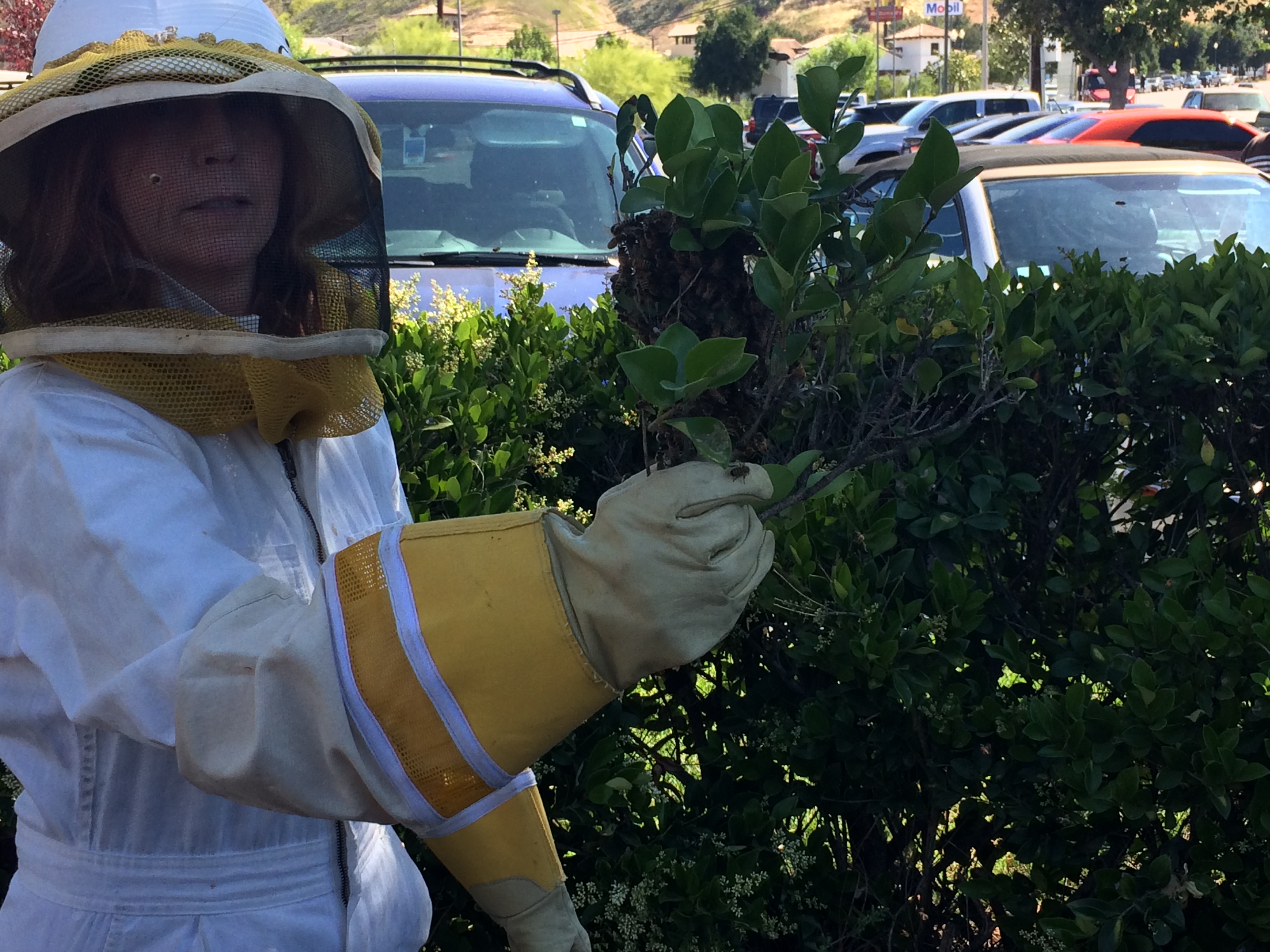 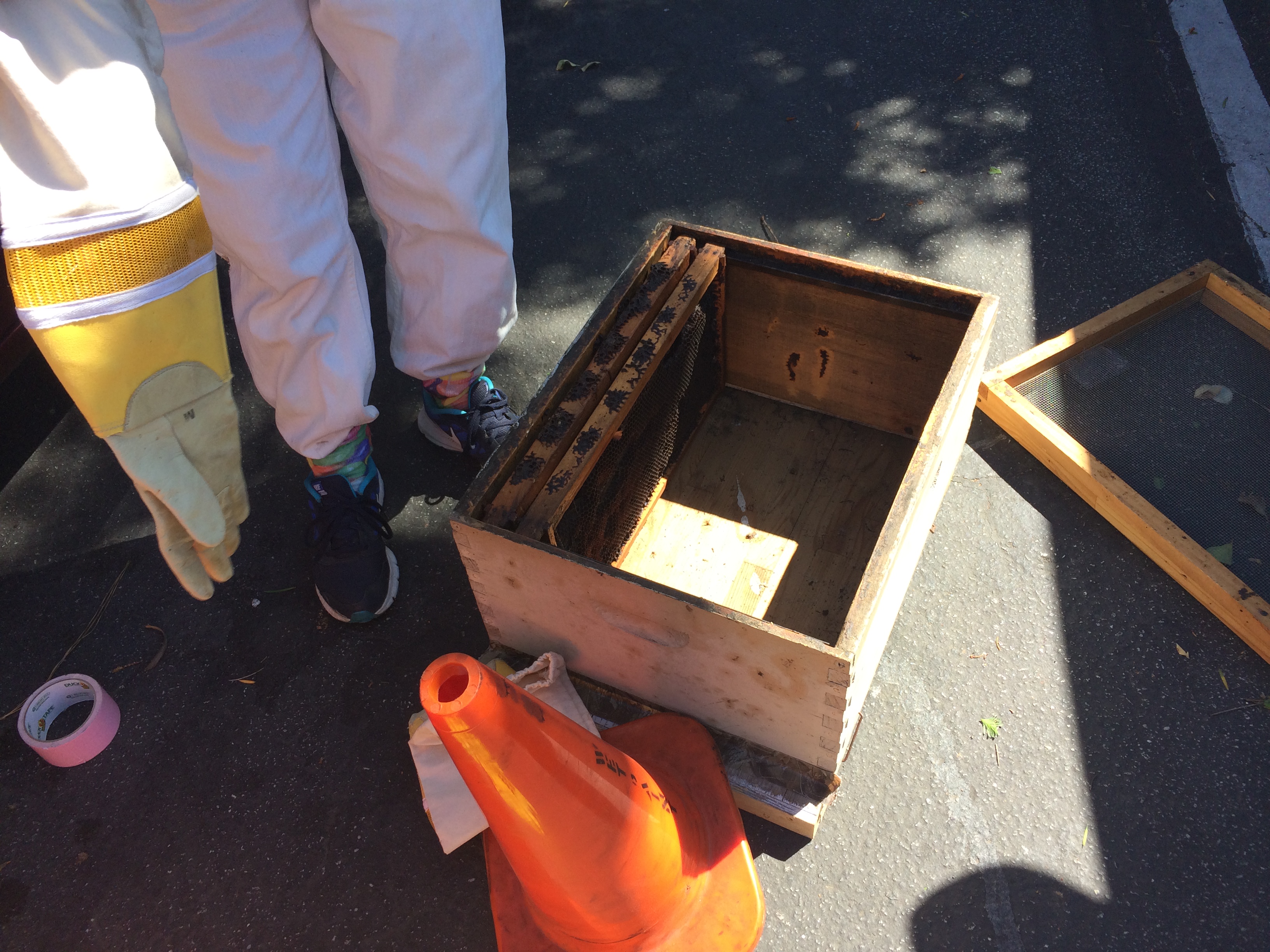 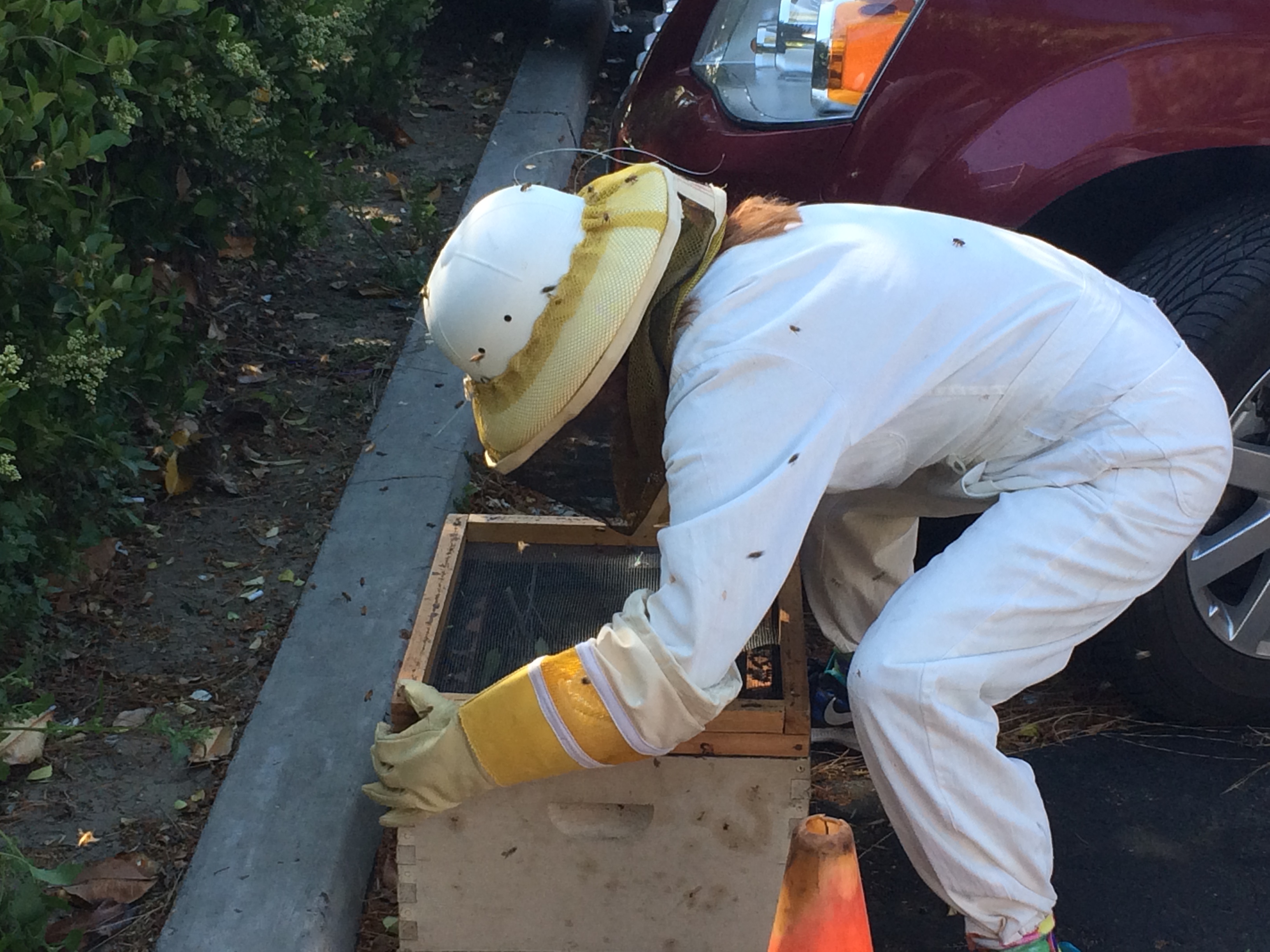 Learn all about home beekeeping from experts. Bees in the box. 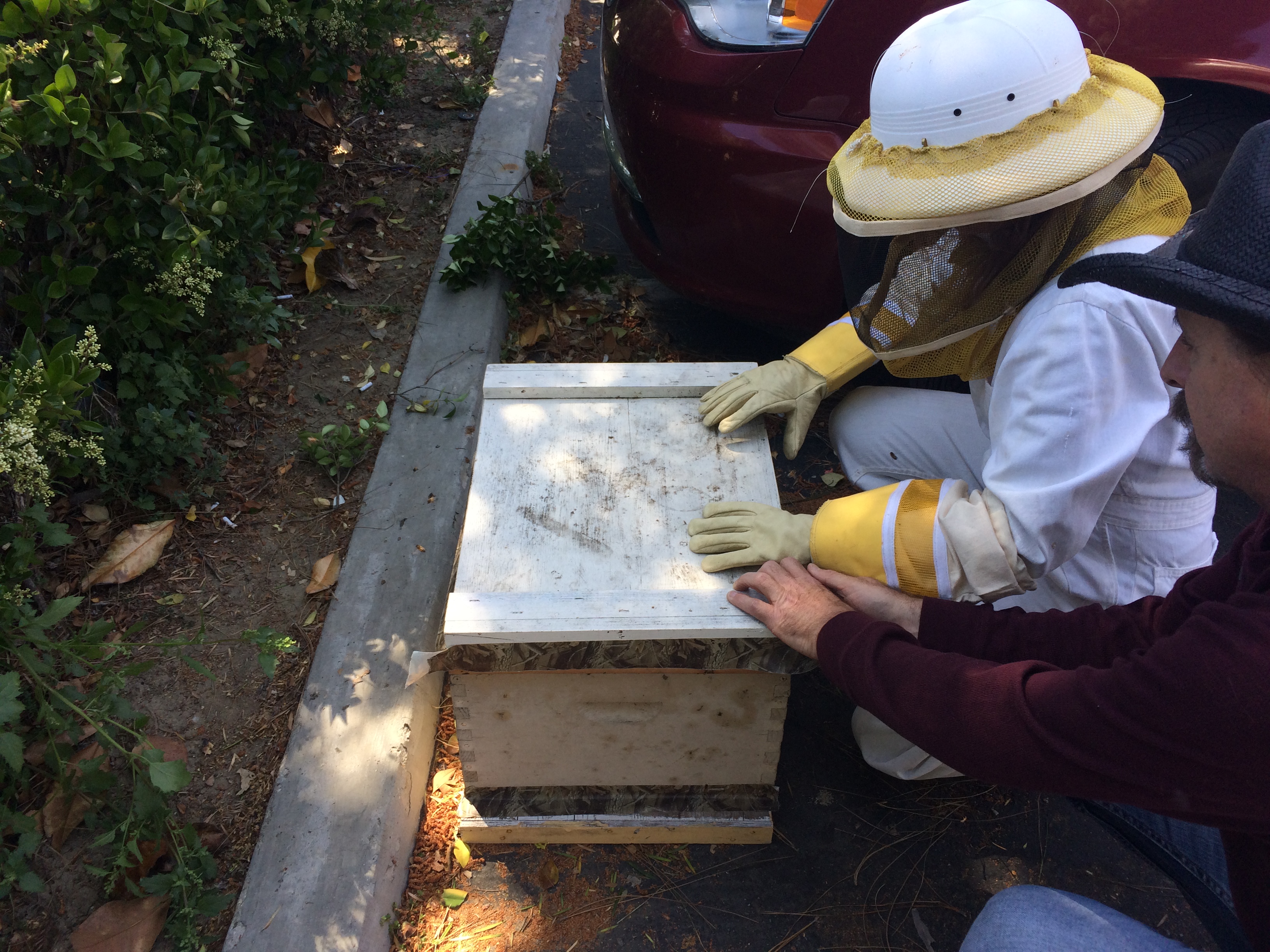 Putting a lid on it. 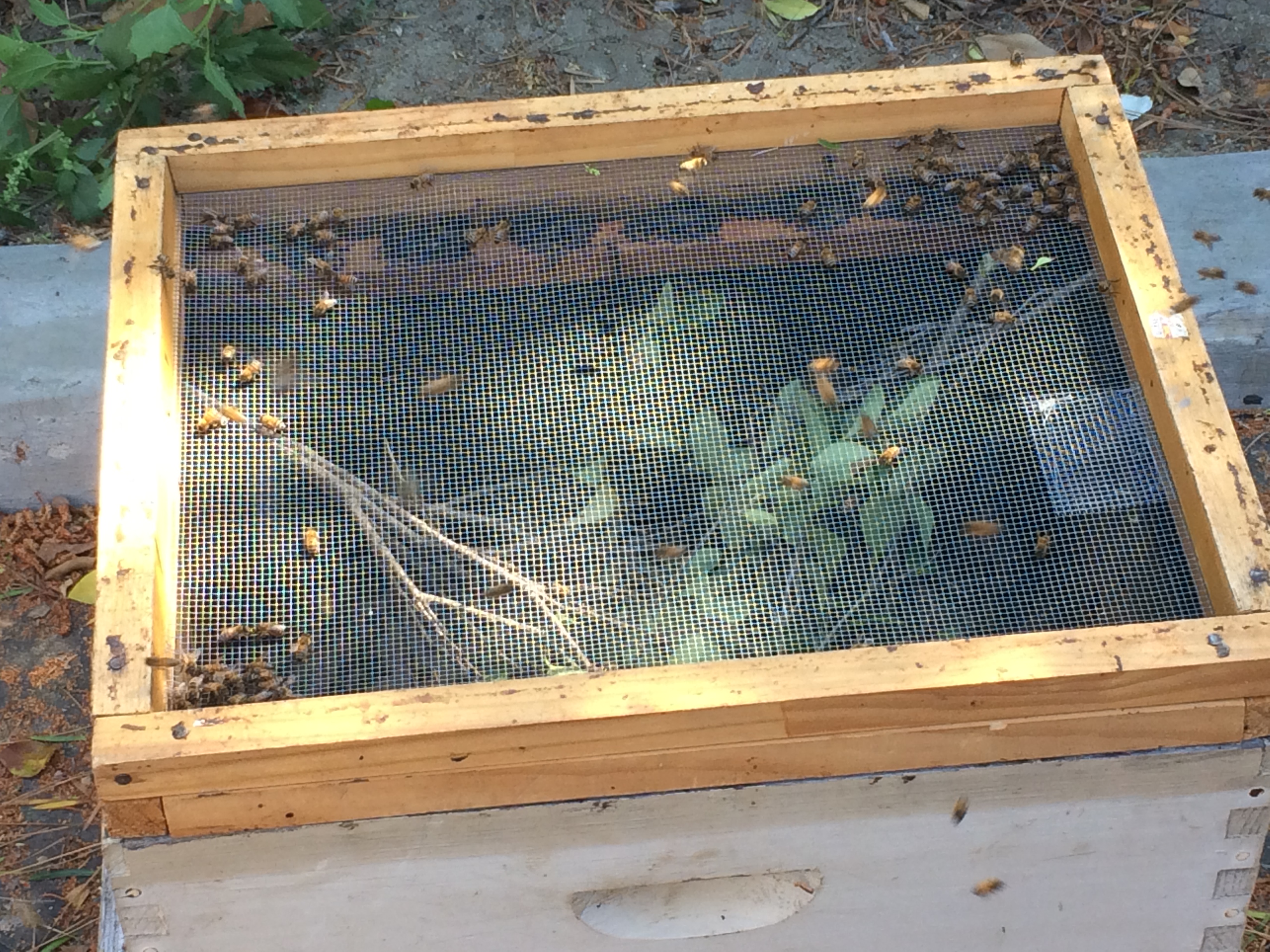 The boxed honeybees ready for transport to a new hive. 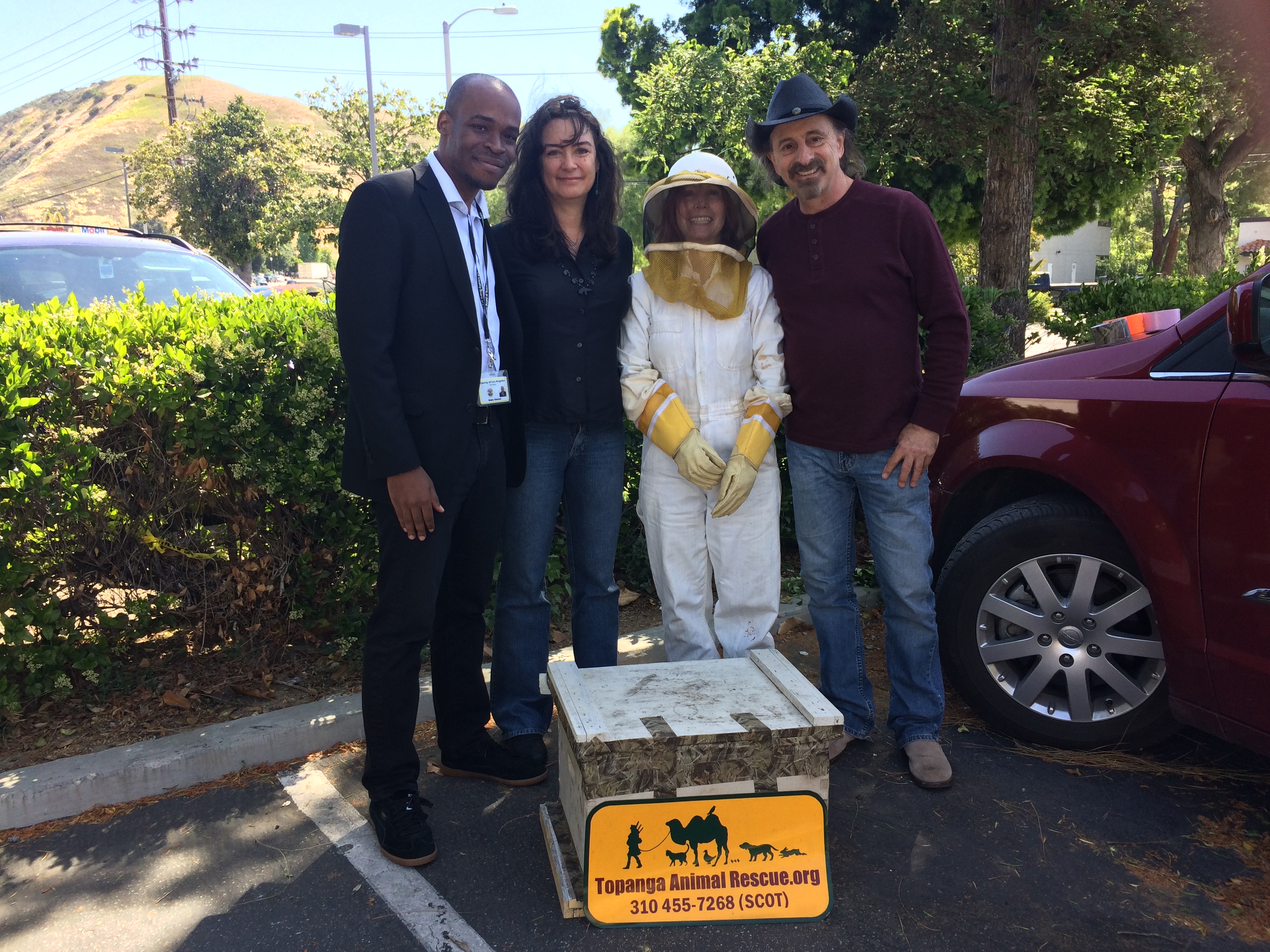 In the afternoon of Thursday, April 28, Fiona Nagle, District Director, West Valley/Mountain Communities with Supervisor Sheila Kuehl, and Field Deputy Blake Clayton were out walking and happened to see a swarm of honeybees landing in a hedge across the street from the district office in Calabasas.

“It was in the parking lot of the Good Nite Inn on Agoura Road and we didn’t want them to sting anyone or be killed,” Nagle said.

While Clayton talked to hotel management, then cleared the area and stood guard, Nagle contacted the Lost Hills Sheriff station that is just up the street. At that time, Jenni Billings happened to call Nagle and recommended she contact Susan Clark at Topanga Animal Rescue (TAR). A deputy quickly arrived with cones and taped off the area.

The next morning, TAR arrived and Susan and her partner, Ken Mazur, clipped four branches, put the bees in a box, made sure the queen was captured and transported them to a new hive in Topanga.

“Bees are in decline worldwide, so every single one is precious,” Nagle wrote in an e-mail.  “Hundreds were captured and saved today.

“They swarm when a hive needs to split into groups and they find places like hedges where they can rest for 24 hours before flying again in search of a new home. They can only be captured when they have landed and are docile, as they were yesterday and this morning. If Blake and I had walked by even one minute later, we would have missed the swarm and not seen them at all.

“Great teamwork by everyone, and serendipity at its finest,” Nagle proclaimed.

Chamber Celebrates Unity in the Community

Art Show Celebrates the Beauty of the Santa Monica Mountains