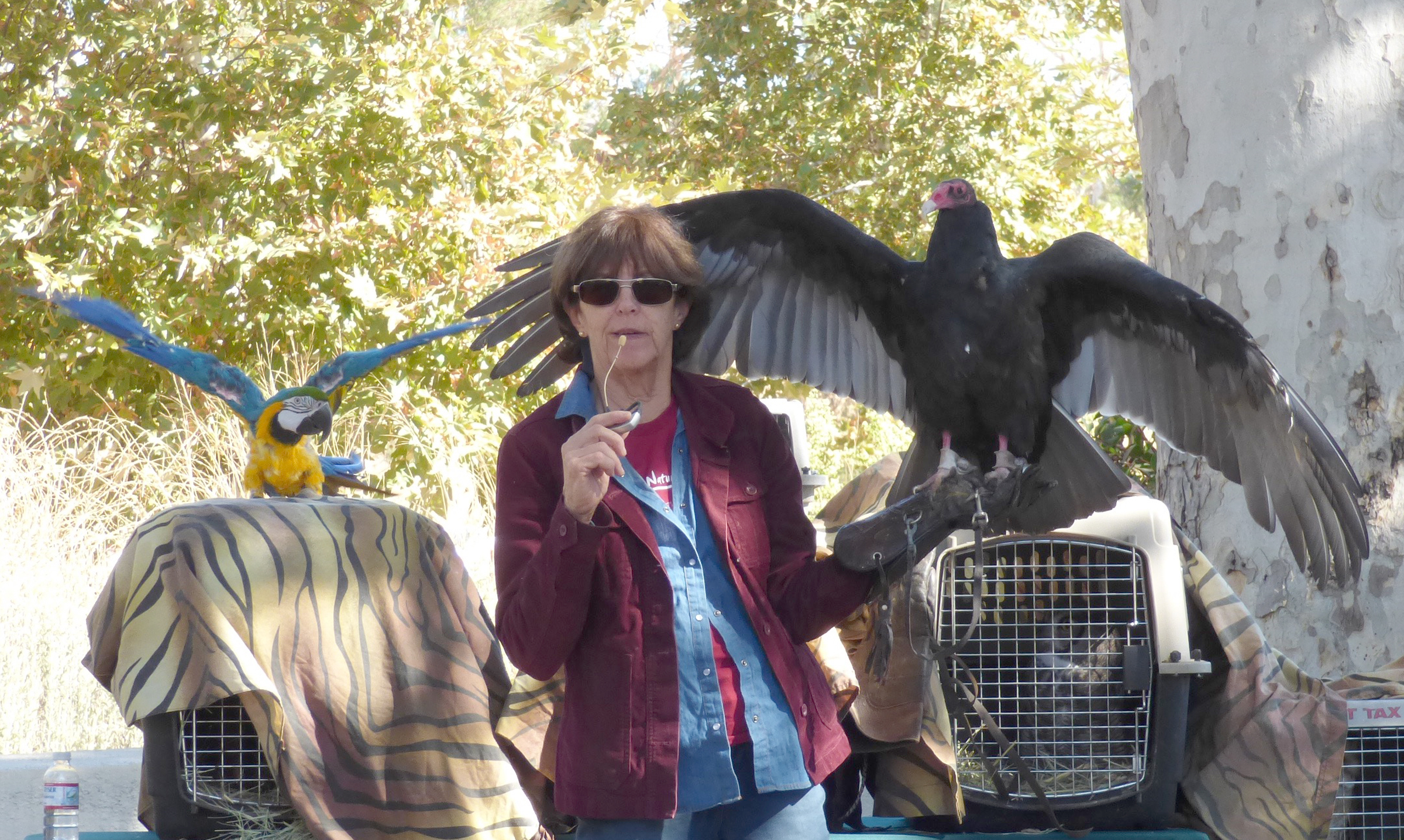 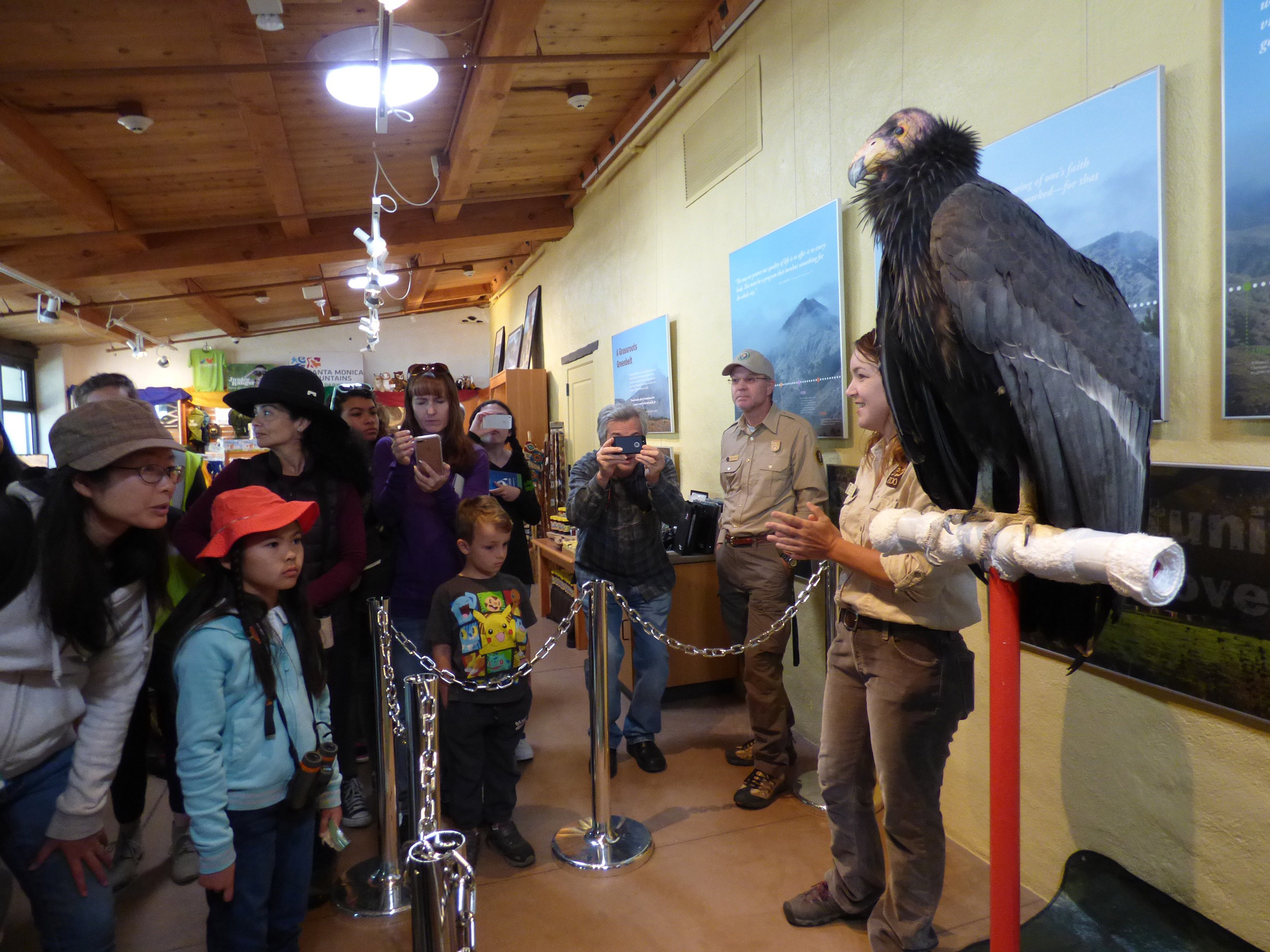 Dolly the Condor visiting with her fans. 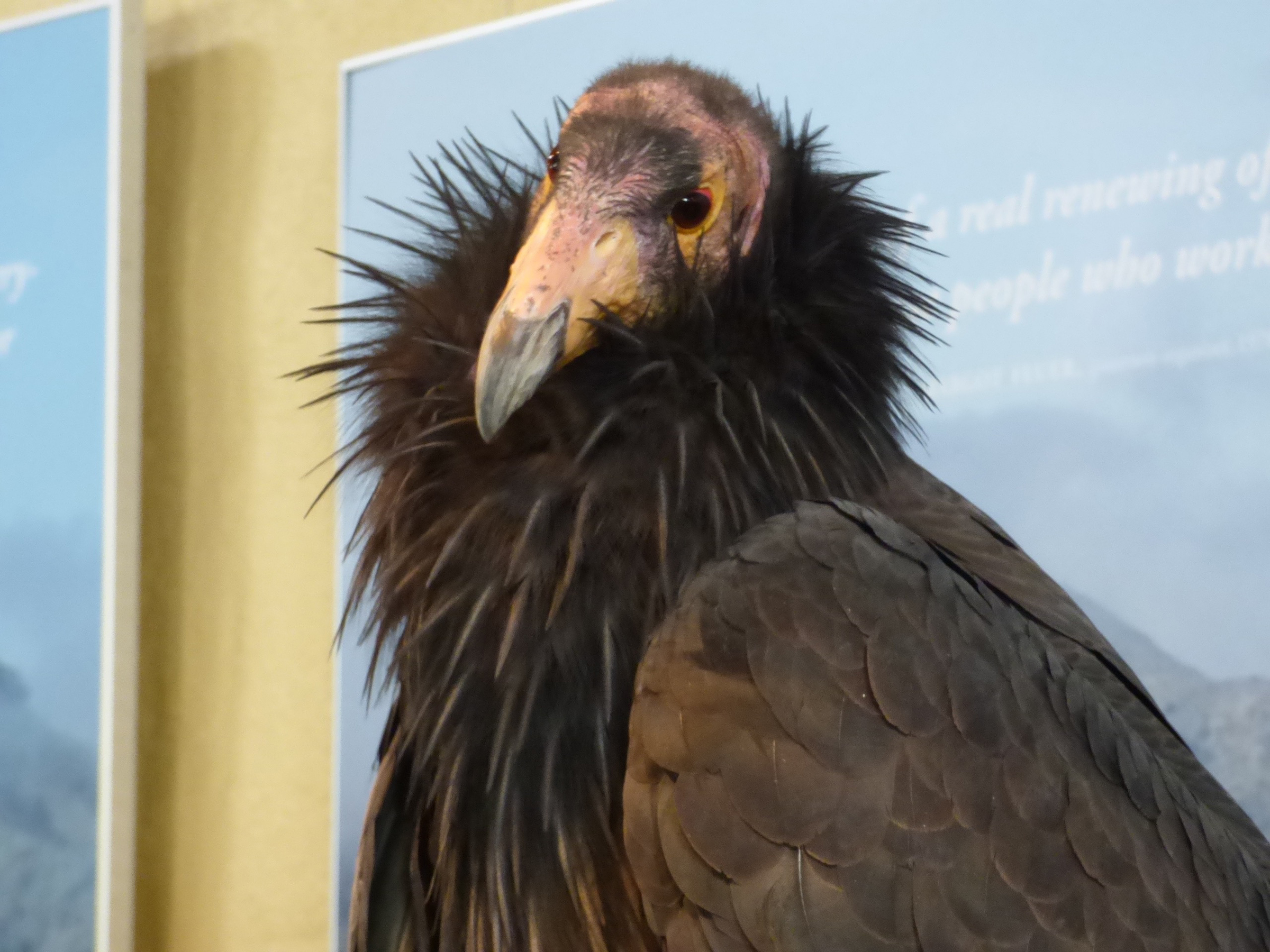 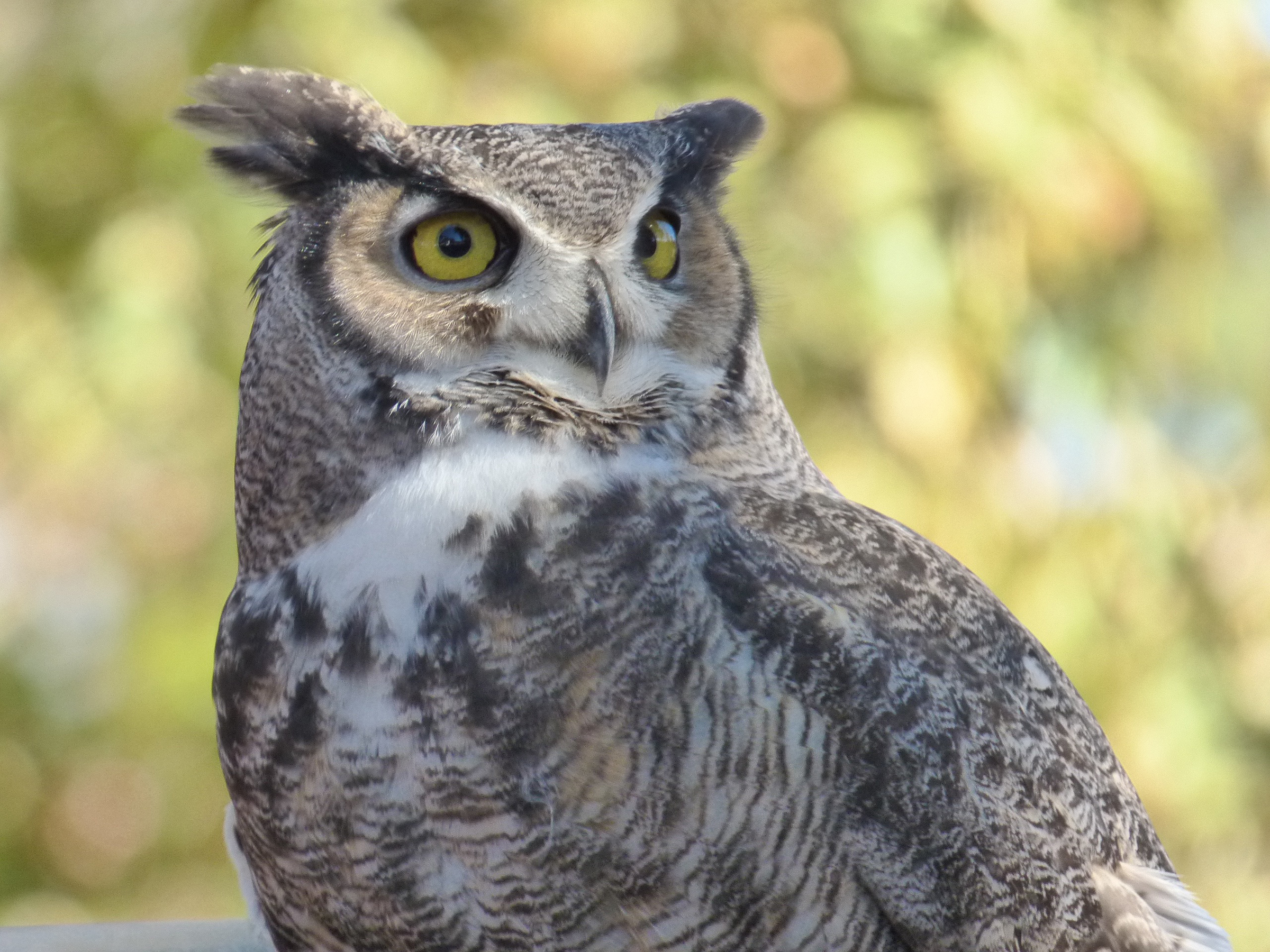 Nature of Wildwork’s great horned owl, and Molly Hogan with Harry the turkey vulture and a macaw.

Bird enthusiasts had an opportunity to join a bird walk with Audubon Society experts, learn about local bird conservation projects and how to attract avian residents to their gardens, but the stars of the show were a spectacular assortment of live birds, including a California condor.

Dolly, the condor, one of fewer than 500 of her species in the world, was born in the wild but injured her wing as a chick and was raised at the Los Angeles Zoo, where she has become the nation’s only California condor goodwill ambassador.

This calm and gentle giant visits schools and educational events, like Bird Fest, enabling Californians, who may never have an opportunity to glimpse this rare bird in the wild, an opportunity to learn about the remarkable program that has brought this species back from the edge of extinction.

Event participants also had an opportunity to see one of the condor’s smaller cousins, a turkey vulture named Harry who makes his home with Molly Hogan’s Nature of Wildworks in Topanga.

Harry shared the stage with other members of Wildwork’s menagerie, including a red-tailed hawk and a pair of native owls.

Scott Logan, co-owner of Wild Wings Backyard Nature Shop in Sherman Oaks, was selling bird boxes at the event, but also gave a presentation on how to attract birds to the garden and answered questions after the talk.

“You can always bring birds to your garden with food and water, but the only way to get them to stay is to provide habitat,” he said.

Logan said birds can sometimes nest in unexpected places. “Barn owls will nest in Mexican fan palms,” he said. “When the palm tree is trimmed to remove dead fronds, the owls lose their house.

For Santa Monica Mountains residents with large yards, leaving a wild corner in the garden for birds can help. Logan explained that dead tree branches, often tidied away for aesthetic reasons, are essential habitat for species that nest in tree cavities like bluebirds and oak titmice.

Logan is a passionate advocate for nest boxes, especially the type that replicates tree cavities. “You really can’t have too many nesting boxes,” he said, explaining that the right size box in the right setting can provide a home for everything from tiny Bewick’s wrens to barn owls.

A specially designed barn owl box can be a welcome refuge for owls in almost any setting, even urban environments. The birds generally don’t mind the presence of humans, but it has to be in the right place.

“It’s important to mount a barn owl box on a pole,” Logan said. “Otherwise, you might end up with European honeybees instead.”

In areas like Topanga, where oak trees are still abundant, boxes for western screech owls are a good choice. Multiple boxes are a good option for both types of owls. According to Logan, barn owls live in extended clans, with each younger generation settling near their parents’ range. Screech owls also appreciate multiple nest areas.

“The male doesn’t share the nest with the female,” Logan said. “He looks for someplace nearby to shelter.”

Both owl species and the Western bluebird need specially designed boxes, but other species are less particular. “Wrens will nest in almost anything with a hole in it,” Logan said. He explained that boxes designed for bluebirds are also popular with tree swallows and oak titmice.

Bird boxes can be installed at any time throughout the year, but November through January is an ideal time, because many species are already starting to scope out nest sites for next spring. Logan said that this is also a good time to clear nests out of existing boxes, to make them ready for the next generation.

“If you are looking to help, this is the way, “ Logan told the Messenger.

While the Bird Fest is a once-a-year event, bird walks are regularly offered in different locations throughout the SMMNRA.

More information can be found at nps.gov/samo.

Ryder's on the Storm