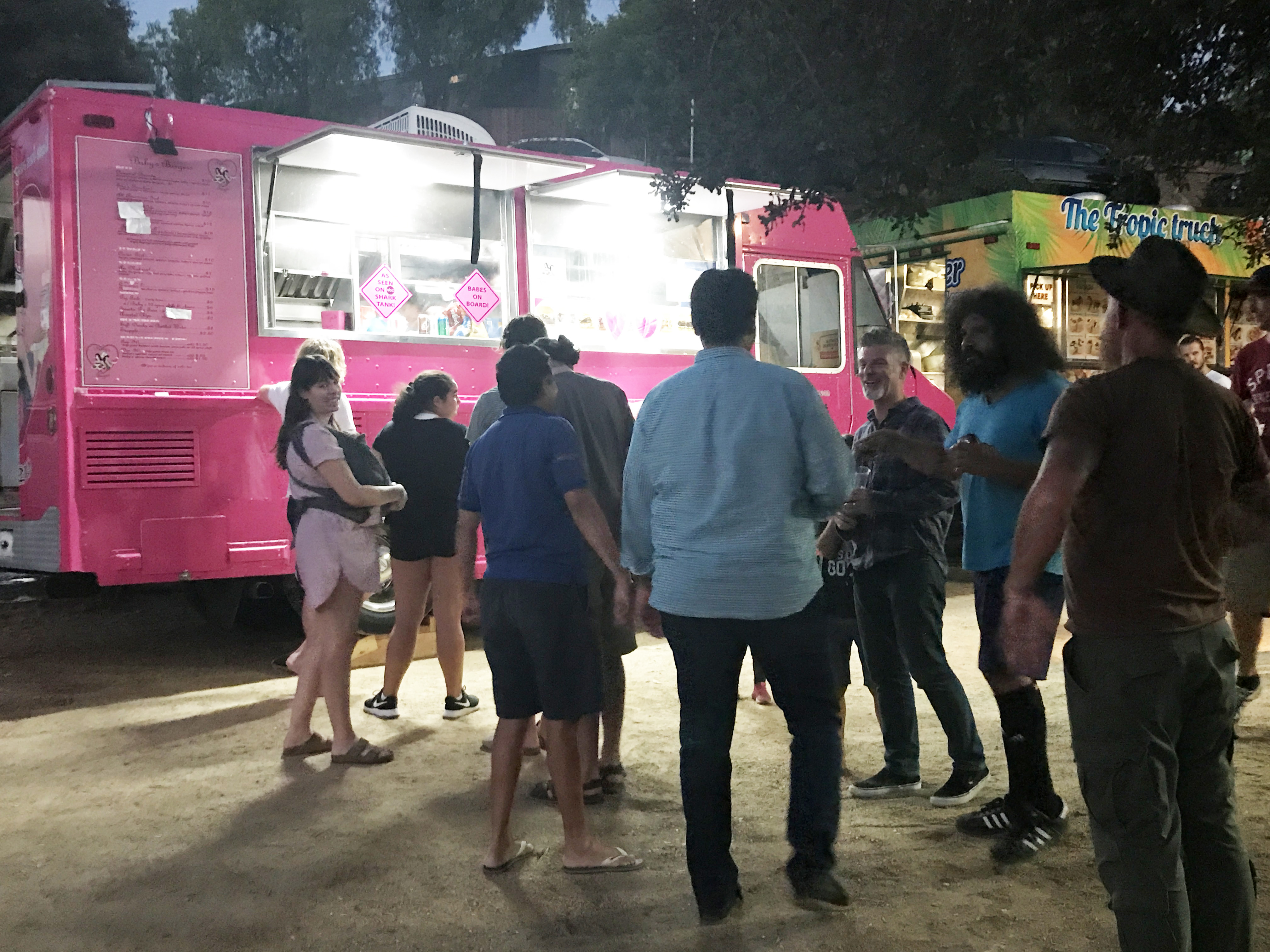 As night descends, the line is long at Baby's Burgers. Photos by Flavia Potenza 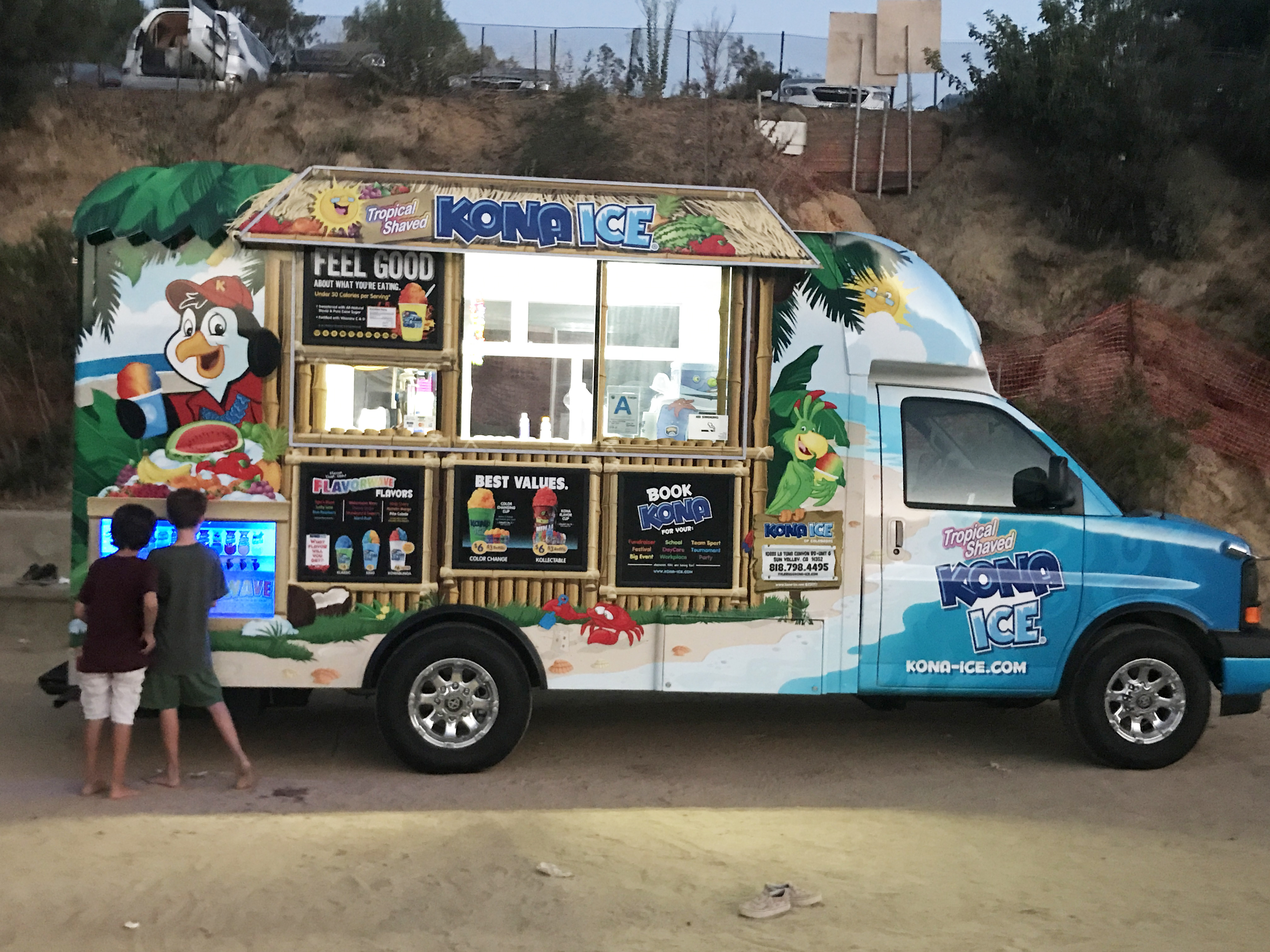 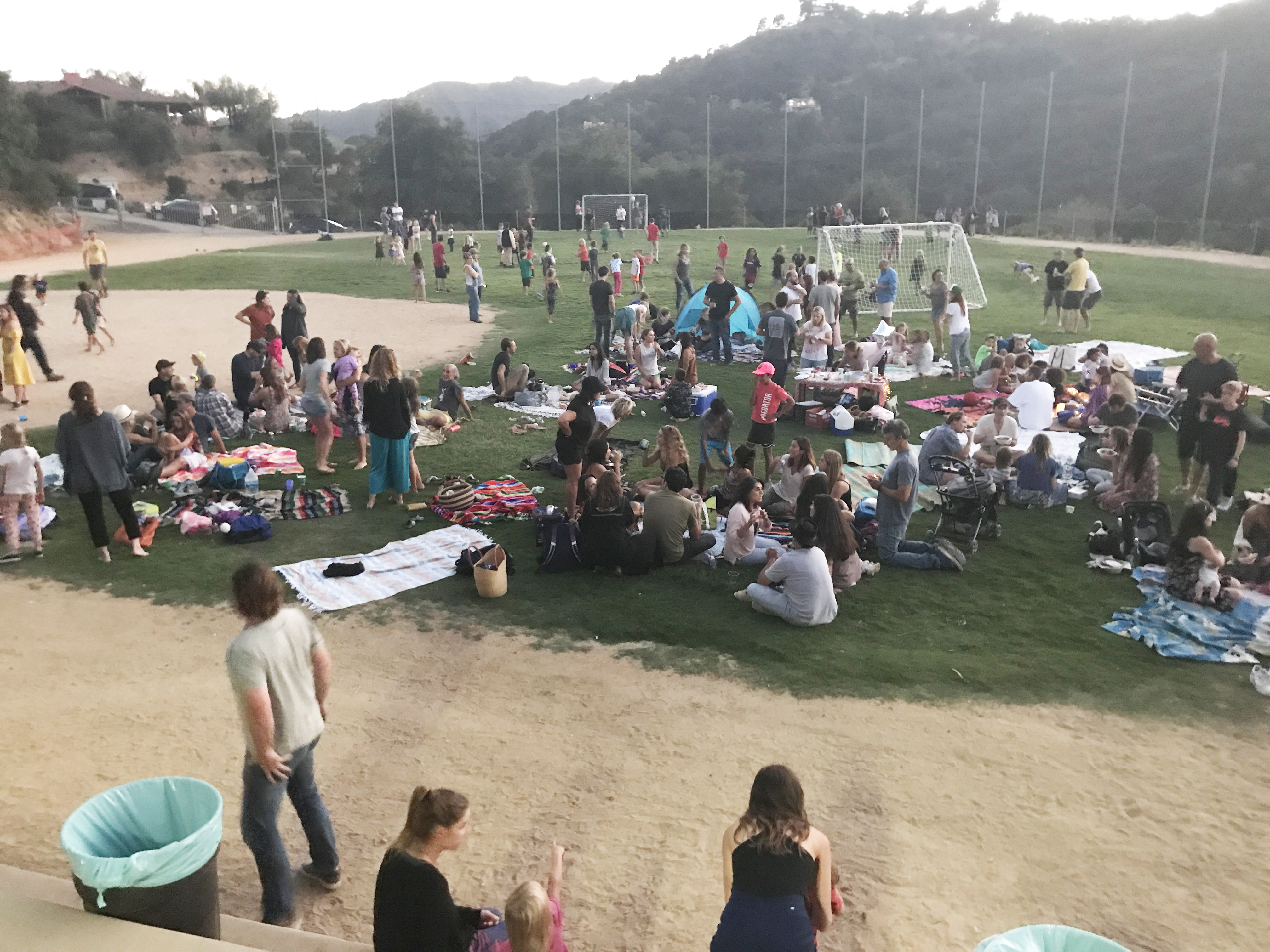 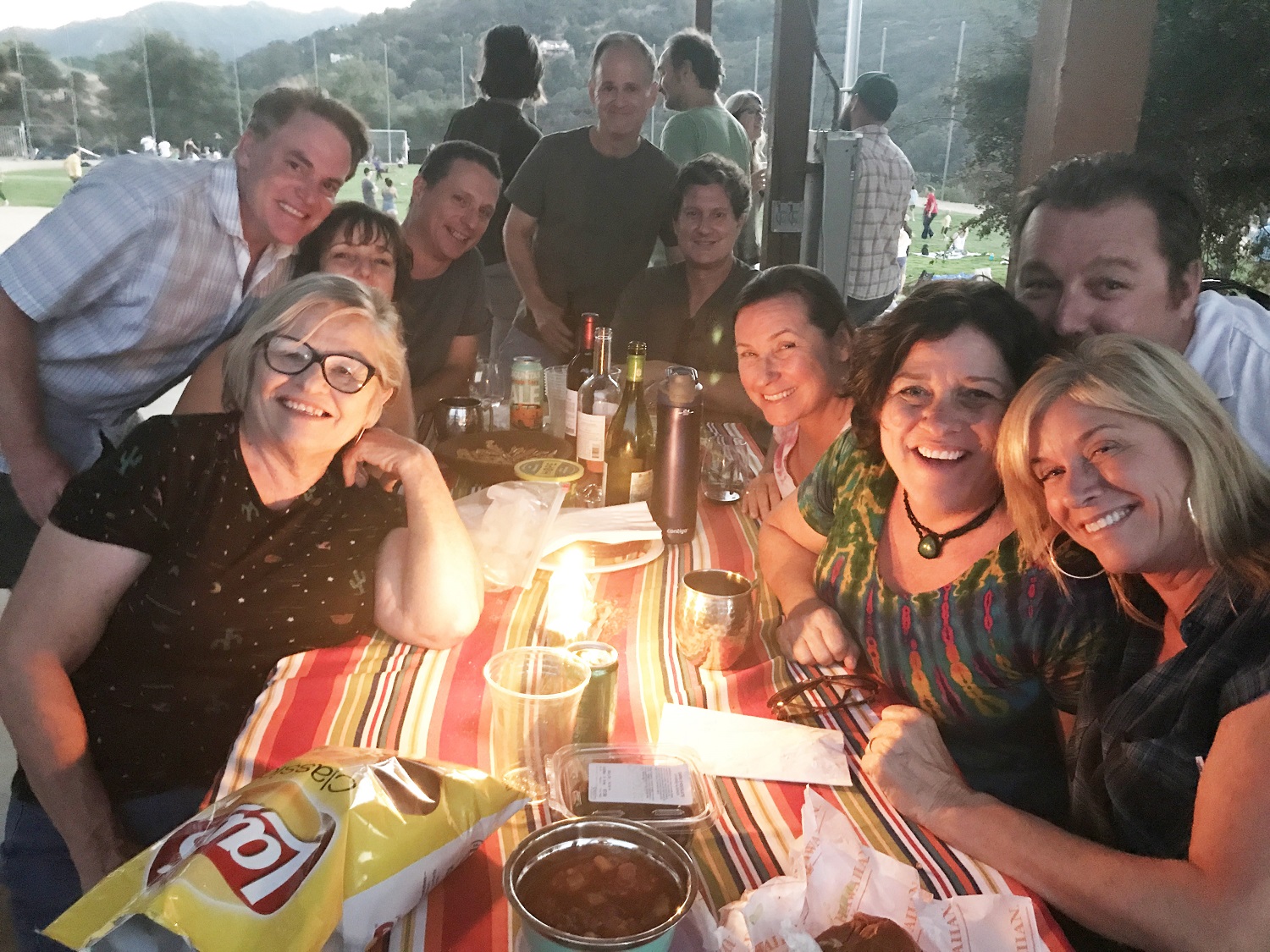 Marlene Rocco (left) and daughters, Kristy and Eve enjoy the evening with family and friends. Photo by Flavia Potenza 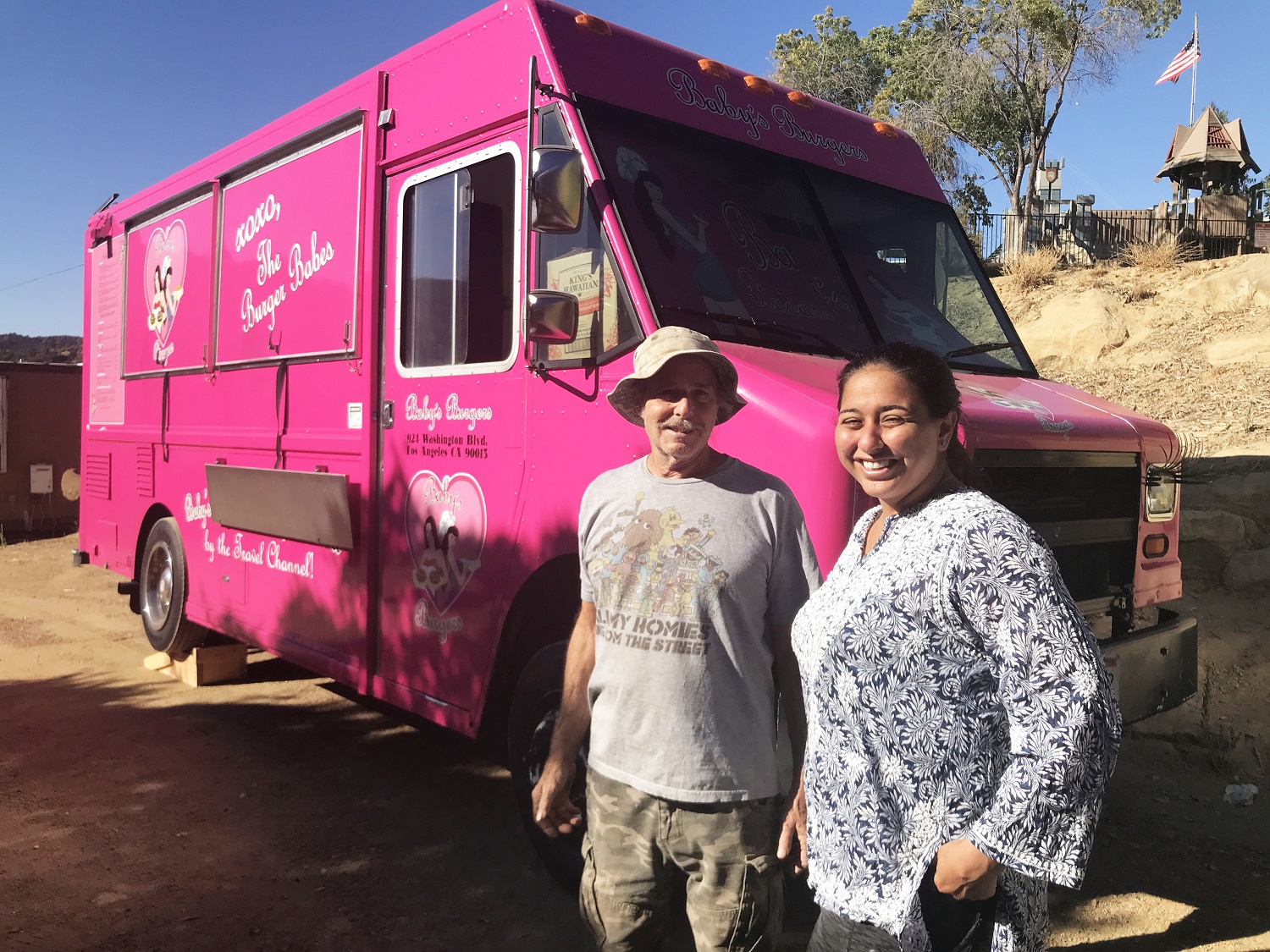 Rick Provisor and Terri Moriarty, TCC Board members. "Finding food trucks was hard," Terri said, "but once they're here, they love it." Photo by Flavia Potenza

When Terri Moriarty and her husband, Jim, volunteered to organize Food Truck Friday (FTF) at the Community Center a year ago, they had no idea how difficult it would be.

With Abuelita’s restaurant and Froggys closed, the idea was circulating, Terri said.

“First of all, it’s hard to find food trucks. Second of all, we’re in the middle of nowhere.”

To entice them to come to Topanga, Terri and Jim offered a financial incentive: a guarantee that the vendors would make a minimum of $1,000.

“I think they make more than that now,” Rick Provisor offered.

In fact, to get the wheels rolling, the couple shelled out some of their own money but once started, it became one of the most popular and successful social events of the year.

“Once they were here, they loved it,” Terri says.

Last September was the first test, and people couldn’t wait for it to start up again in April 2018. On Friday, September 14, the hungry hordes showed up for the last FTF of the year until next spring —a little late, delayed by a traffic slow-down by SCE installing another telephone pole.

By 6 p.m., the drive up to the Community House was lined on both sides by parked cars. At the ballfield, families spread out their blankets, kids kicked soccer balls around. Others were content to sit at picnic tables, among them Marlene Rocco (original founding family of Rocco’s in the Canyon) and her daughters, Kristina and Eva. Their family set up for a rollicking Italian “abbondanza” (abundance), a feast.

Kudos to Terri and Jim, as well as Rick Provisor and Topanga Community Club for making it happen.

“I don’t know what we’d do without Rick,” Terri says. “He helps us set up and then clean up, often in the dark. He’s a good man.”

Kudos to all, especially the Food Trucks: Baby’s Burgers, Tropic Truck, and the kids’ favorite, Kona Ice, tropical shaved ice. Terri met the owner at one her kids’ basketball games.

Want to know how TCC pays for this free community service? Part of it is membership dues and you can become a member at topangacommunitycenter.com. Now.