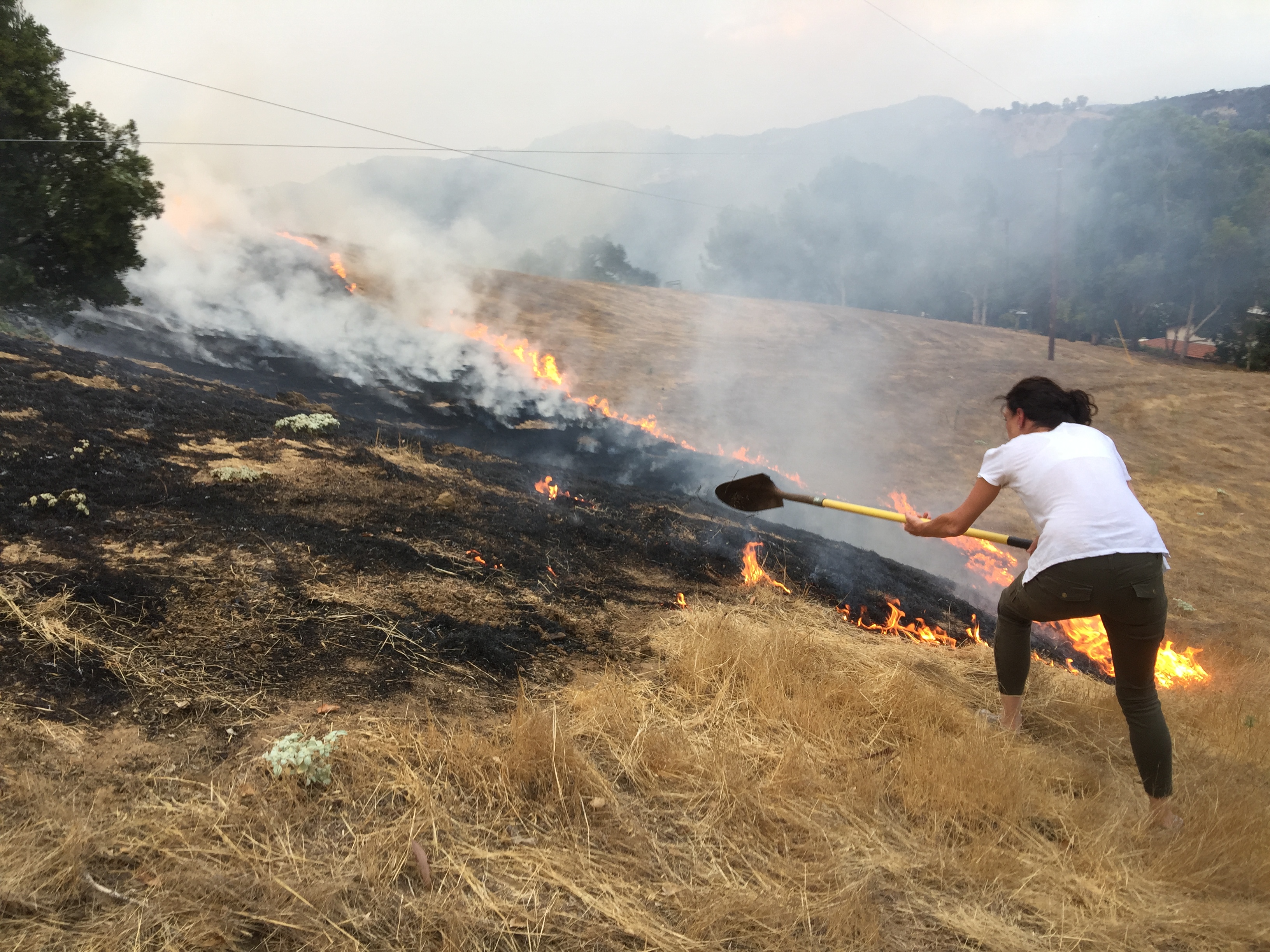 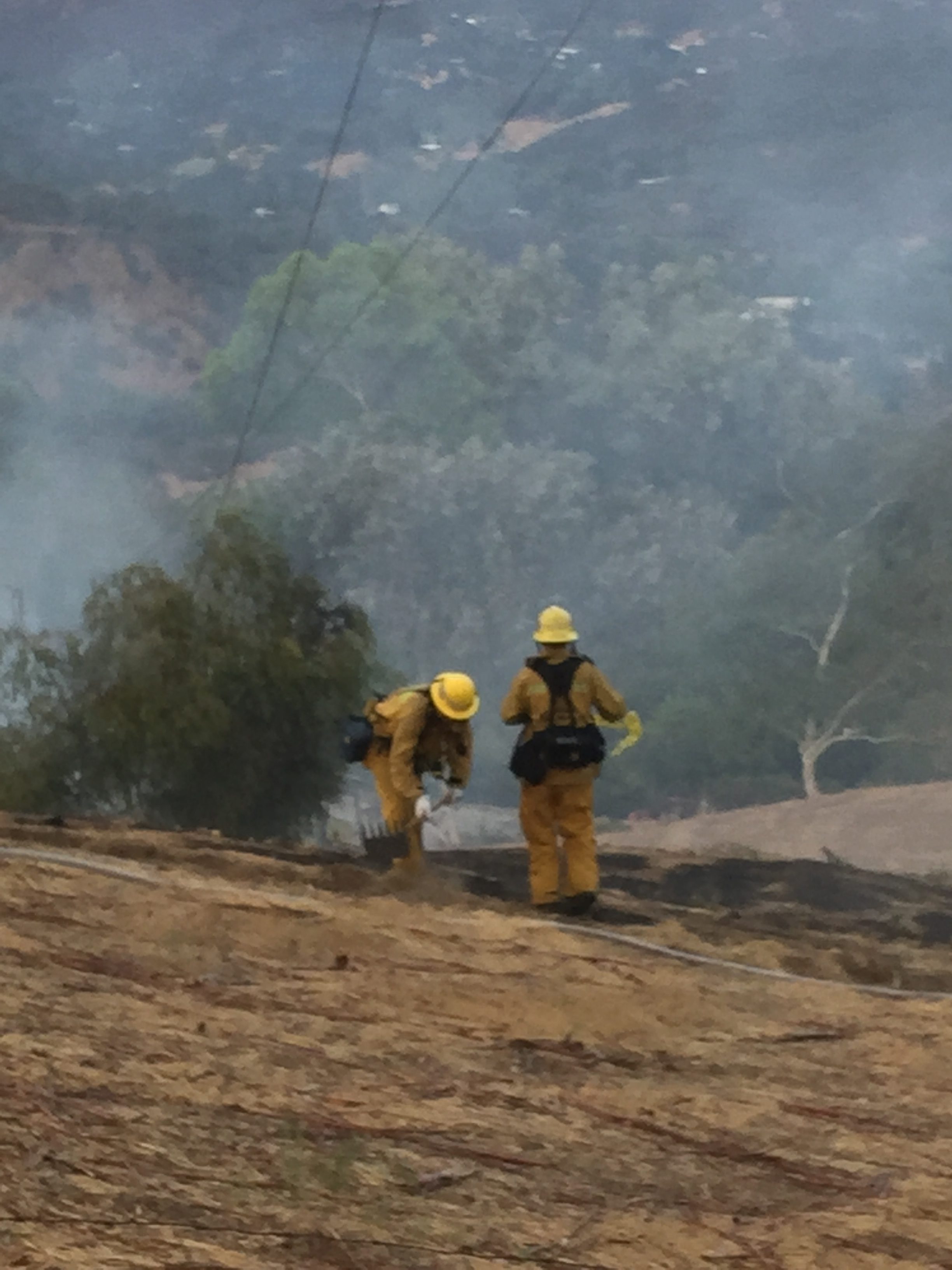 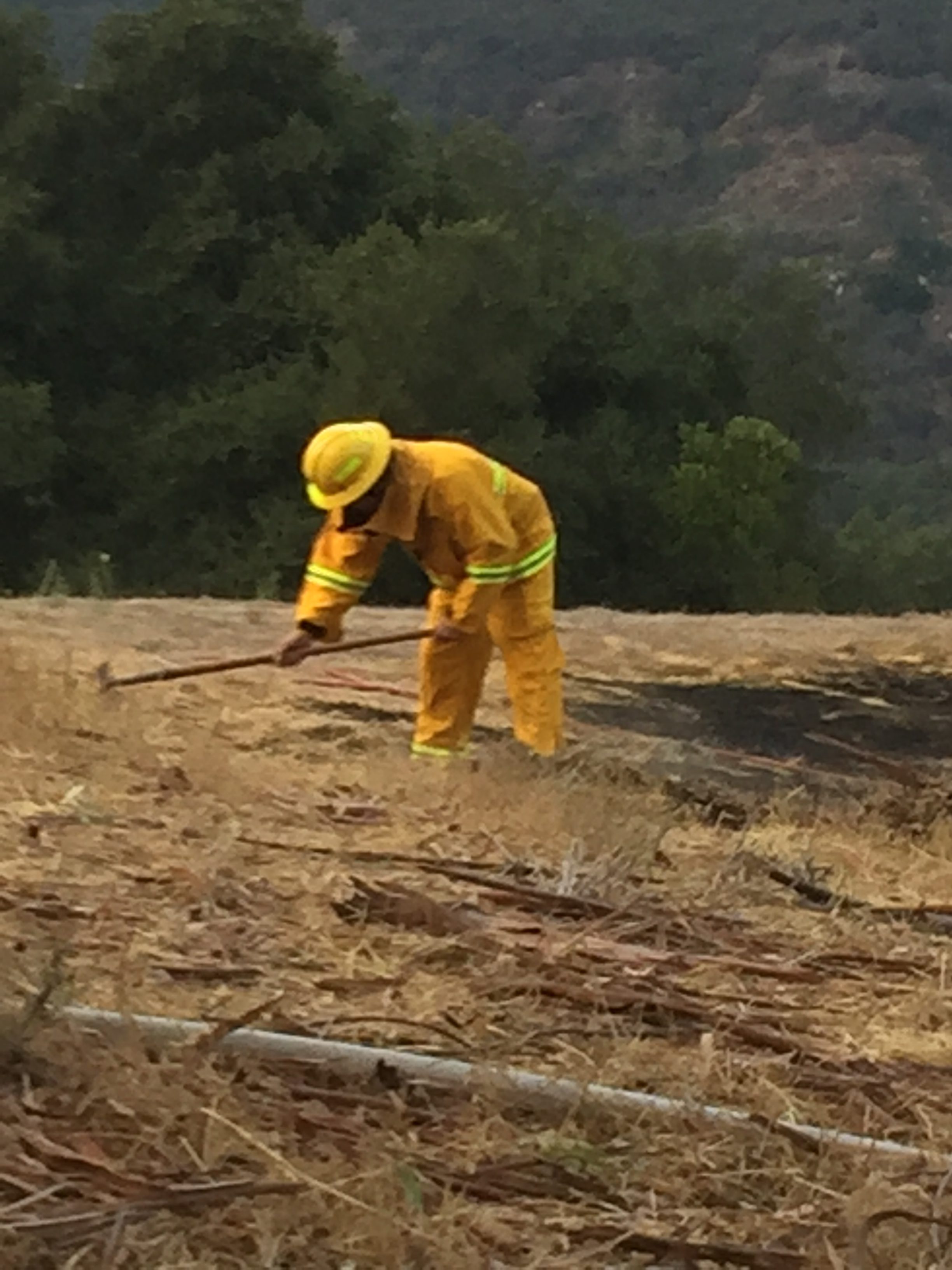 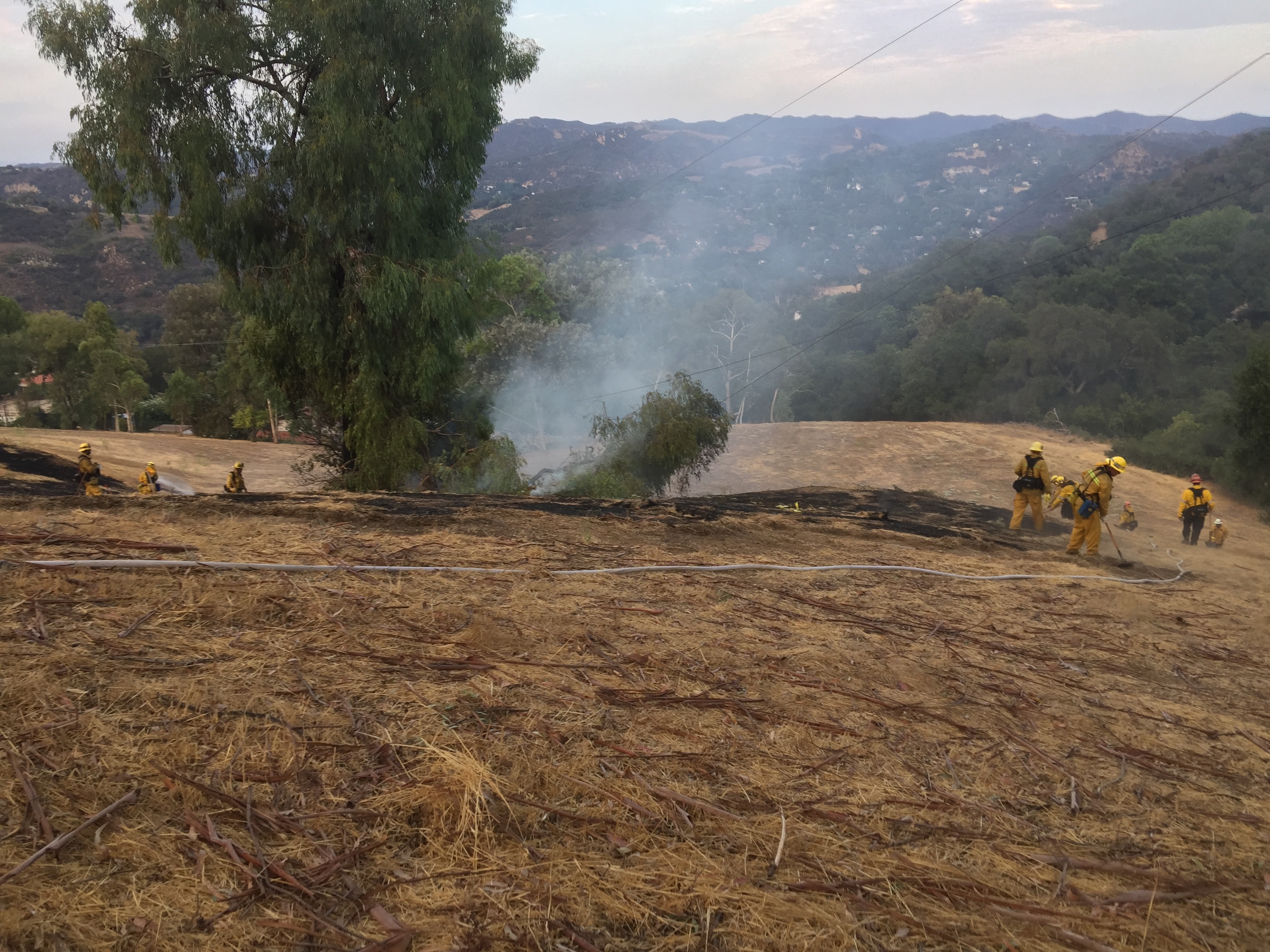 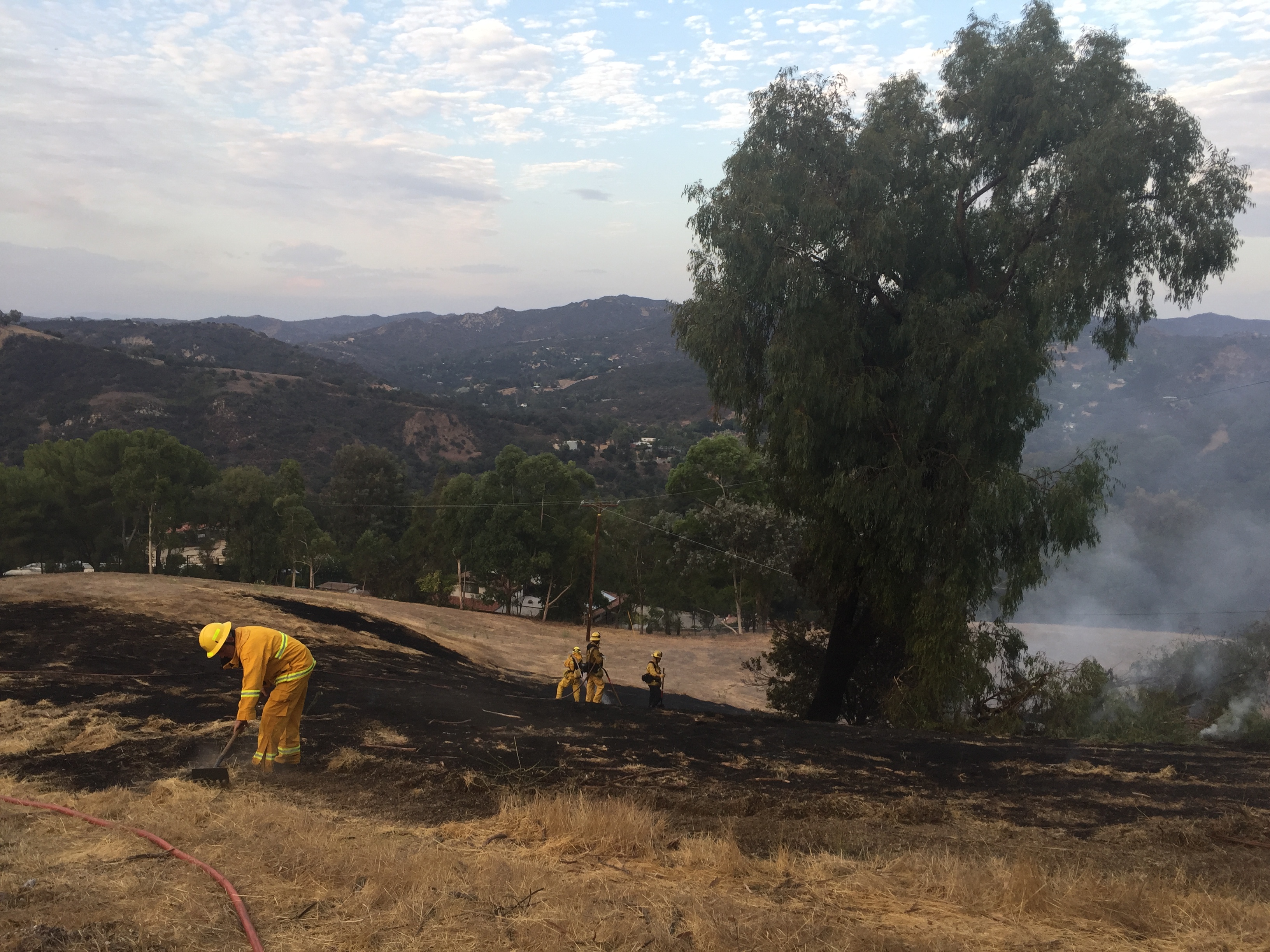 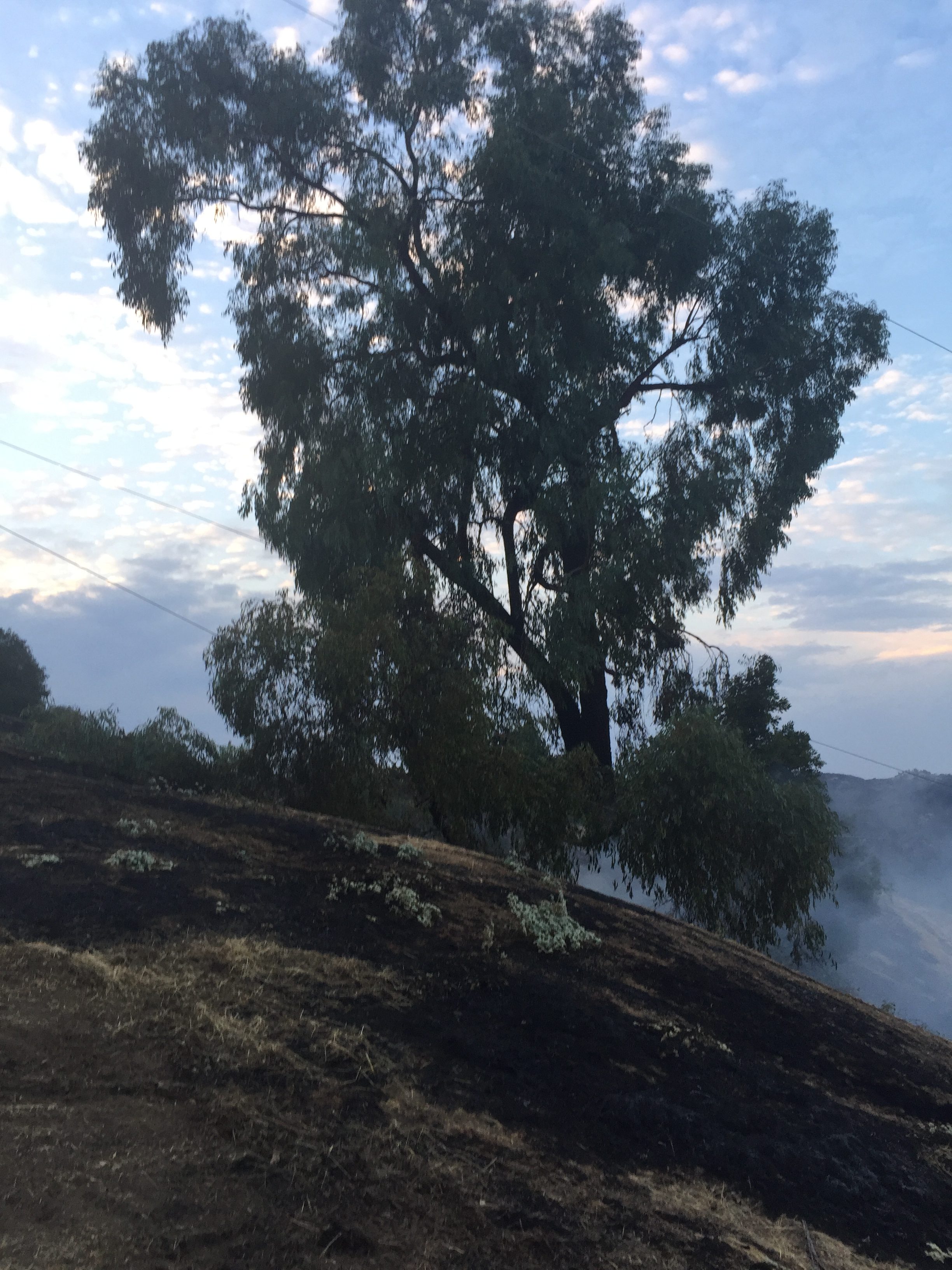 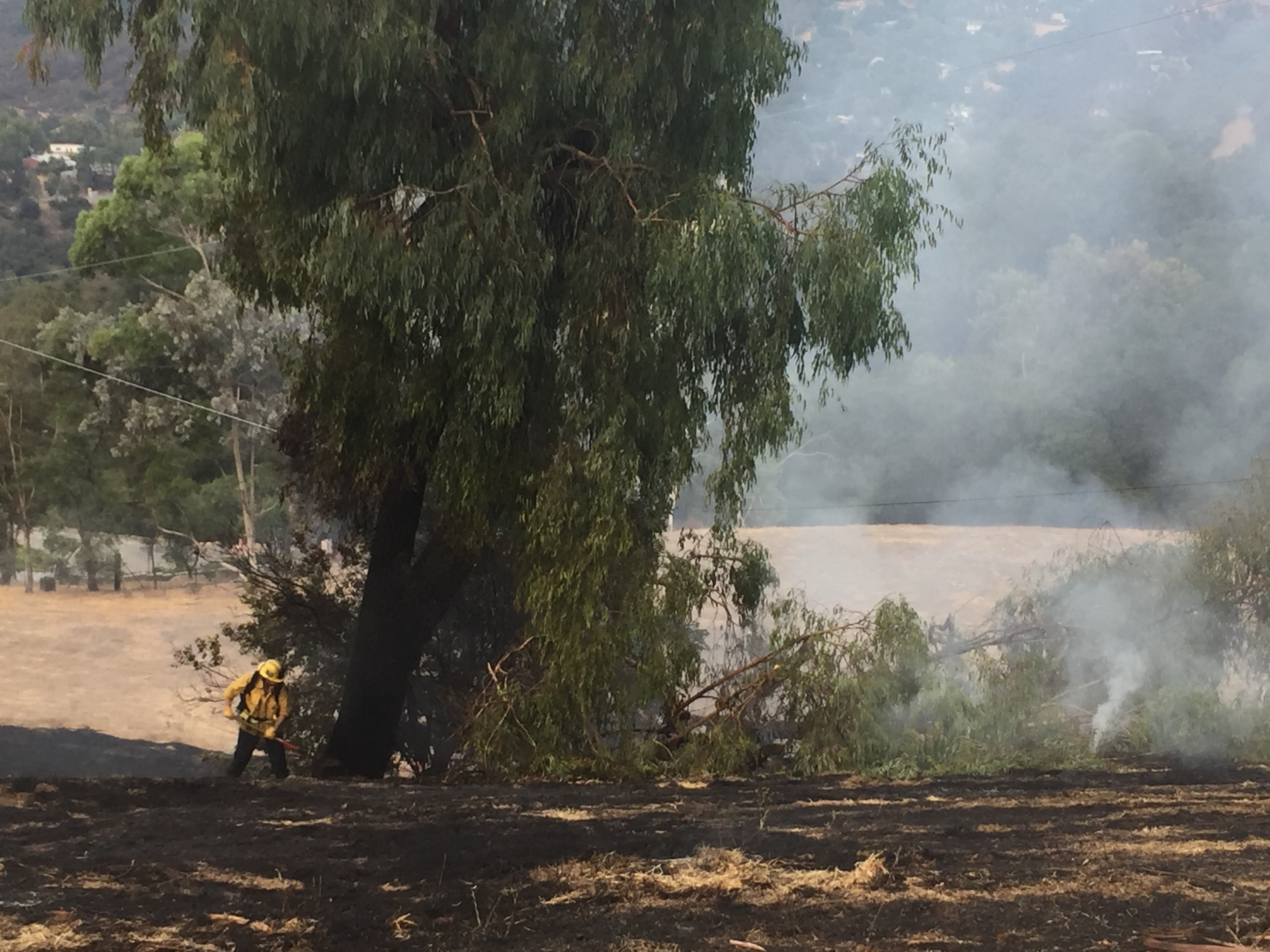 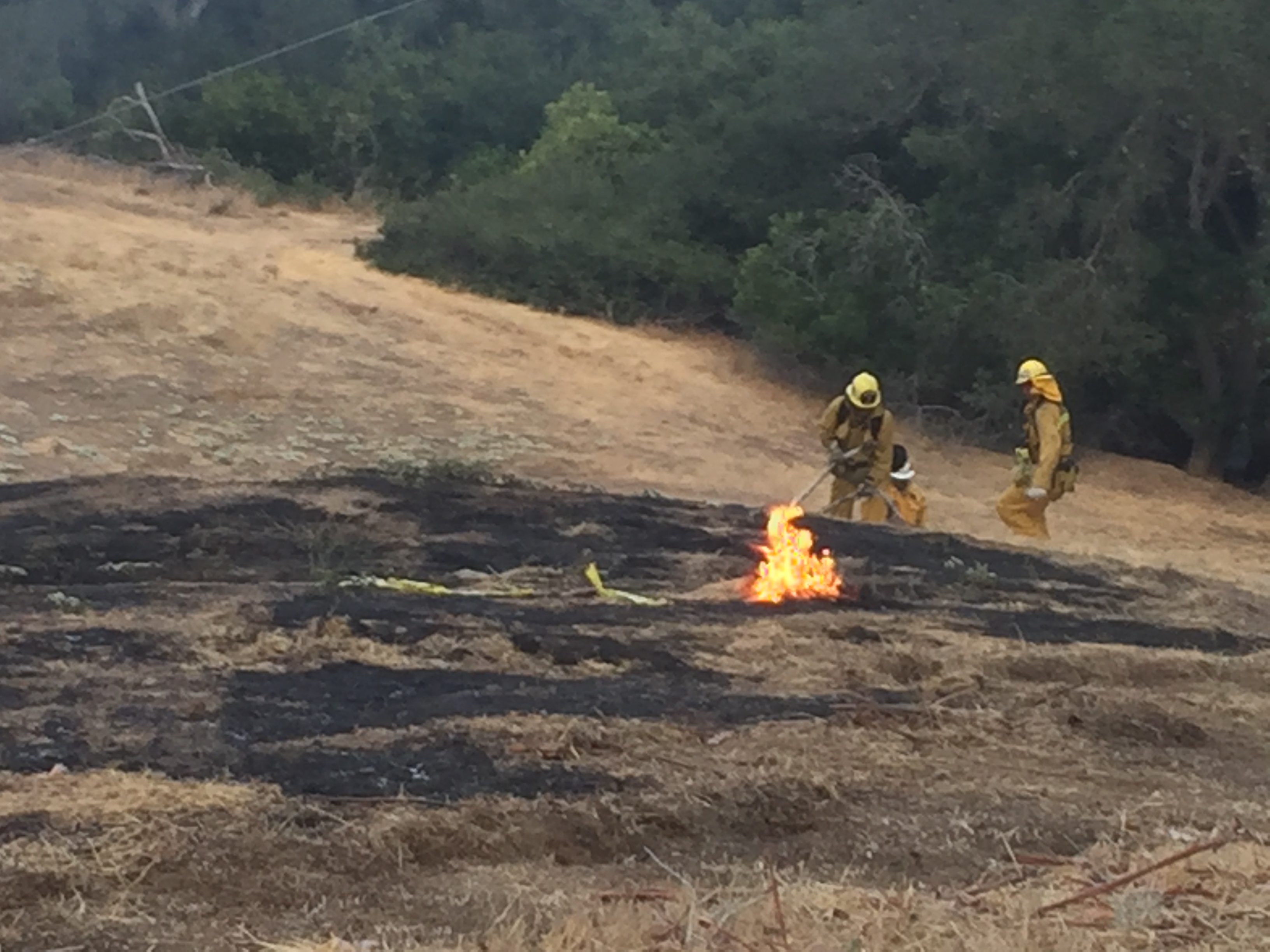 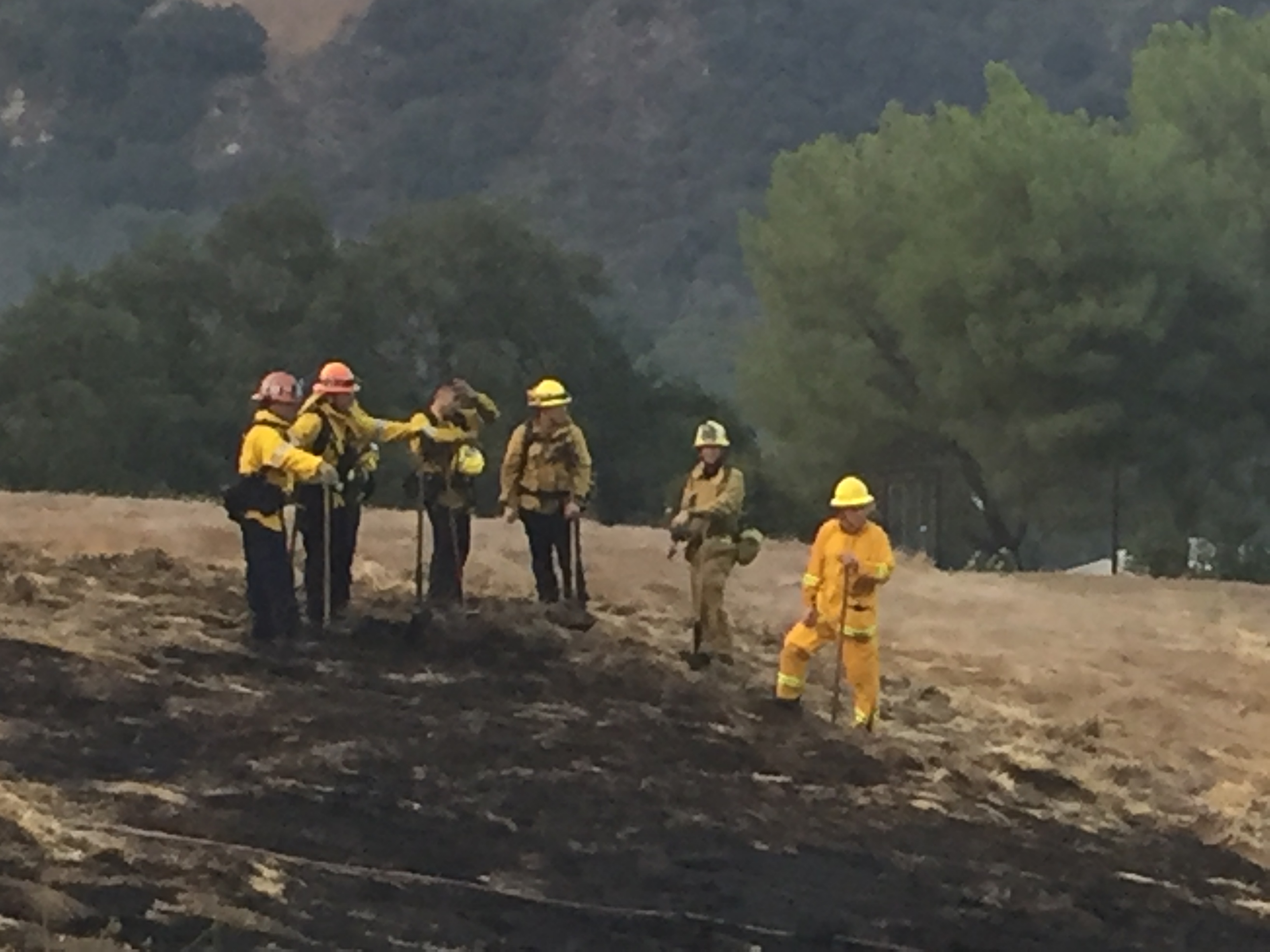 When 269 Call Firefighters arrived Saturday morning, September 9, at Fire Station 69 to train, Captain Mike Rivera warned firefighters, “It’s a bad day for fires. The stick (humidity) is down and the temperature is up.”

That proved to be prophetic. For most of the day, Engine 69 would be in Malibu fighting one fire at Rambla Pacifico and, just as they knocked that one down, another call took them to Coral Canyon.

In absence of the regular 69 station crew, Call Firefighters were assigned to cover the station until a “move up” crew could be dispatched.

At approx. 6 p.m., a tenant of Randi Johnson on Henry Ridge saw a fire across the canyon and placed a call to 911 reporting a fire in the Old Canyon area. At the same time, phone calls started coming into the fire station but none had a specific address. Johnson, learning of the fire from her tenant, also called in, narrowing the area down to what she thought was the Monte Vista area of Old Canyon.

At the Fire Station, Call Firefighters, were receiving numerous calls from residents of a possible fire and decided to investigate the area. As they left the station, the first call came in from LACoFD dispatch stating, “lite smoke showing possible BBQ,” but updated soon after by “tree down into power lines, possible fire,” then updated again with Entrada as the possible area. That update came from a 911 landline on Entrada Road, across the canyon from the fire. The 911 system picks up addresses from calls.

Monte Vista was the best information available as it identified the fire and is where 269 headed for their investigation. Fortunately, it was close enough. The fire was on Powderhorn Ranch Road, right across from James Grasso’s property. Luckily, Grasso is active with the Topanga Coalition for Emergency Preparedness (TCEP), Topanga CERT, trains with and is in the process of becoming a Call Firefighter.

Around 5:55 p.m., he walked out of his house and heard a cracking sound.

“I looked up and saw a huge limb from a 100-foot eucalyptus tree falling and the power line nearby bouncing up and down as the limb came down on it. I went back inside and called my neighbor who wanted to come down with a chain saw. I told him to call Edison instead and have them cut the power.”

When Grasso walked outside again, he saw the grass had caught on fire, ran back to the house told his friend Kristen Brumfield, who was visiting, to call 911, then ran back out and grabbed a shovel.

“The fire was burning in a circle around the tree,” he said. “I started beating the circle with the shovel and actually got about three-quarters of the fire out when the wind picked up and reignited the fire. I couldn’t get in front of the fire, it was just too hot and I realized I wasn’t going to be get it out myself.”

Meanwhile, Brumfield had been on the phone trying to get through to 911 for almost ten minutes. The line was busy but when she got through, instead of dispatching the call to the fire department, it went to the sheriffs.

As the fire progressed, Grasso ran back to the house where he has water tanks, pumps and firefighting gear.

“I went into crisis mode, got my Kawasaki Mule, started loading fire hose, grabbed 500 feet of hose, my brush gear and told the tenants in the guest house to get out,” he said. “I connected the fire hose to my tank and had started laying out about 200 feet when Engine 269 drove up with resident Call Firefighter Chris Whalley at the wheel. The first thing he did was ask me for the address. I didn’t understand at first, why he was asking for the address—he was already here—until he told me he needed it so other fire resources could find the place; they still did not know where to report.

No one knew of the Powderhorn location but Call Firefighters are locals; they know the area very well, and took the initiative to investigate the fire.

By then, Grasso said, “The fire had really picked up and 269 went above the fire and I continued to lay out my hose beneath it. 269 was quickly able to get a hose on it and stop forward progression. It took about 30 minutes to get it knocked down. Three Black & Whites (Sheriffs) also arrived, followed shortly by Engine 58 and then Engine and Patrol 69, fresh off the Coral Canyon fire. A water tanker was called off and when Engine 70 arrived the fire was out and we were waiting for Edison.”

Looking up at the 100-foot Eucalyptus tree, Grasso could see that flames and heat scorched three-quarters of the height of the tree.

“From a defensive aspect,” he said, “Thank god my neighbor had cut the field. Because he cut the grass and cleared a defensible space, it took a lot longer for the fire to advance. Because it crept so slowly, 269 could get a hose on it.”

Because Grasso was far more prepared than most of us who live here are, he had the equipment and the knowledge to attack the fire. When the wind came up, he also knew what he could and couldn’t do.

“In our case, by attacking the fire at its start, we bought time for the firefighters to arrive. If conditions are right, it sometimes doesn’t take much to put these fires out in the beginning,” he said.

A neighbor, Jeanne Davis- Thompson, who e-mailed Messenger MountainNews about the fire a few days after it happened, said, “If James Grasso had not been home and acted quickly, our entire neighborhood and the state park may still be burning. We all gathered together before the fire trucks got here to put out the fire with shovels and dirt and the fire hose that he brought up to fight the flames. He is a very prepared man.

“The fact that the brush had been cleared twice this year helped but it may also be wise to cut branches away from power lines, especially in hot weather,” Davis-Thompson said.

“That’s as close as I ever want to see fire to my house,” he said.