Arts & Entertainment
May 4, 2018
by Claire Fordham 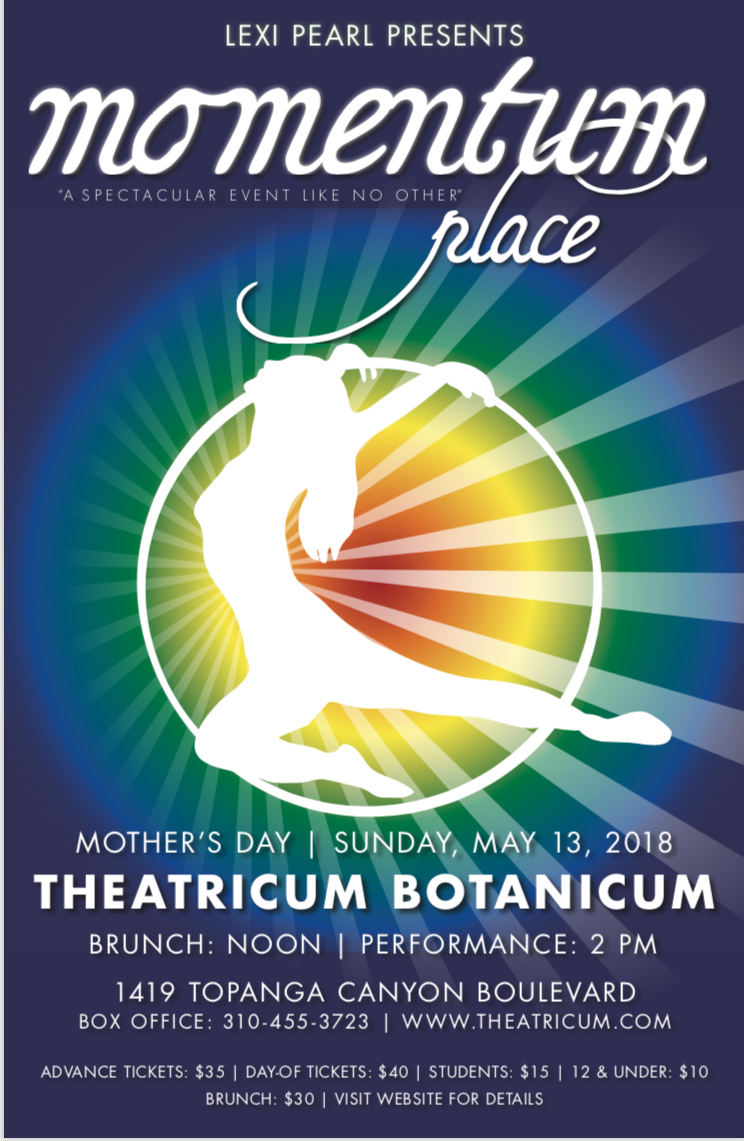 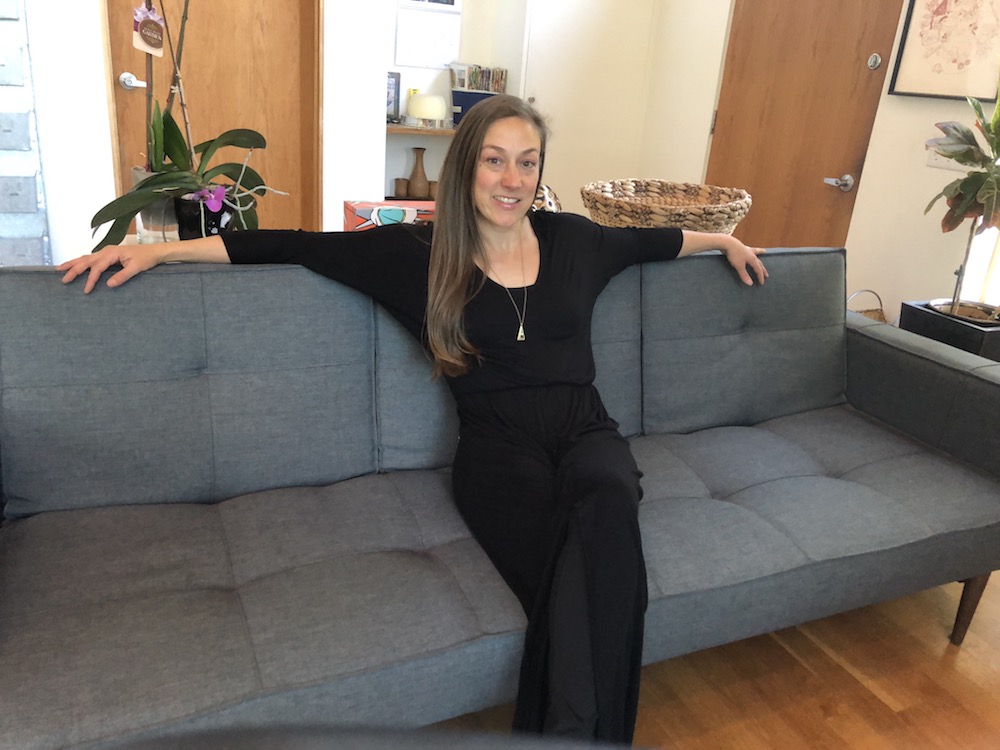 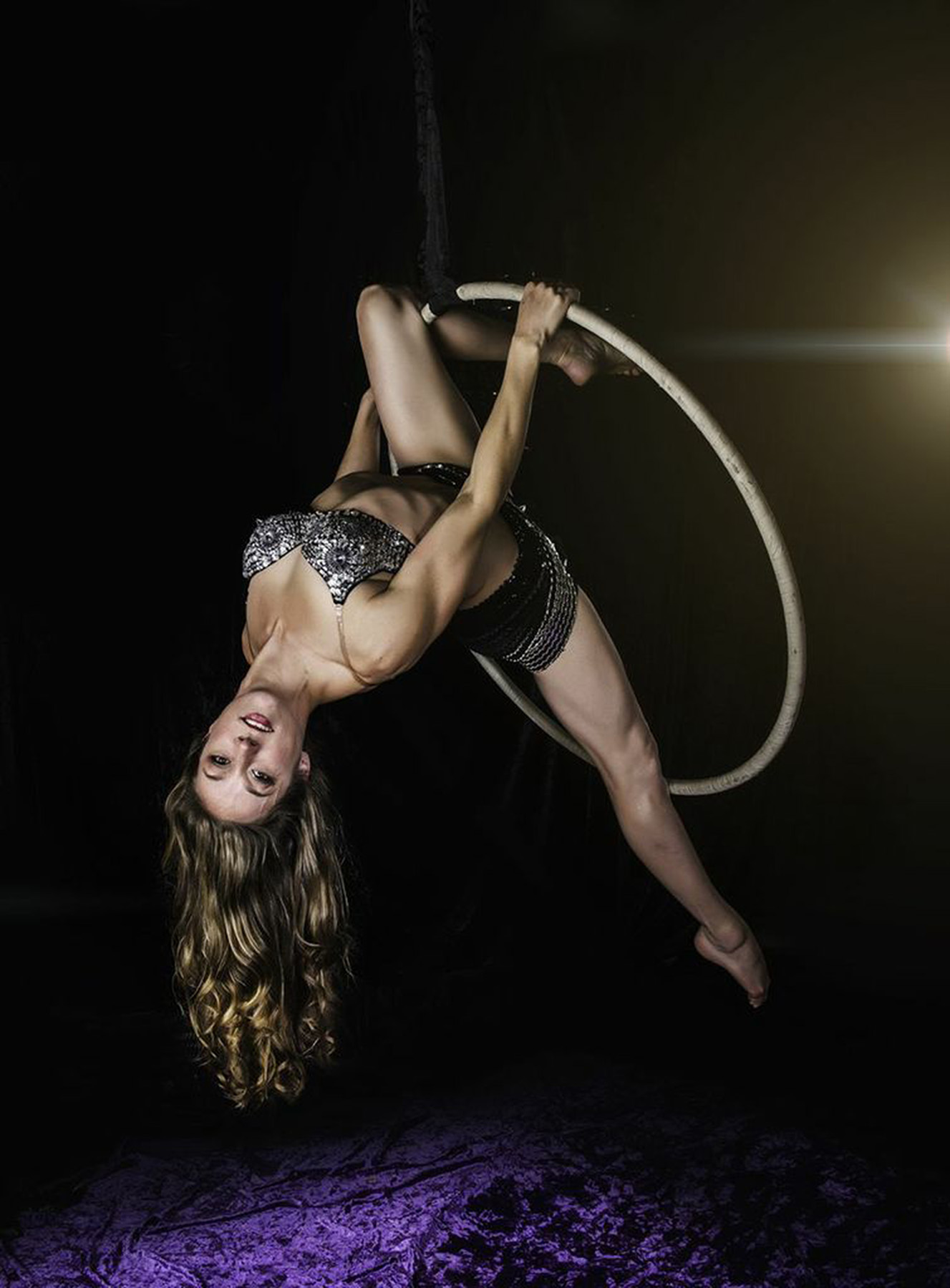 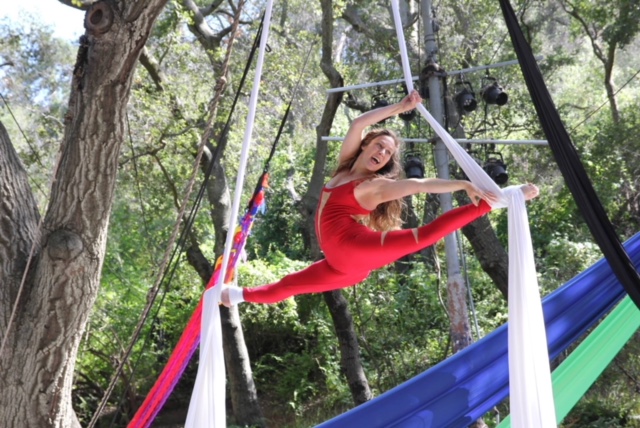 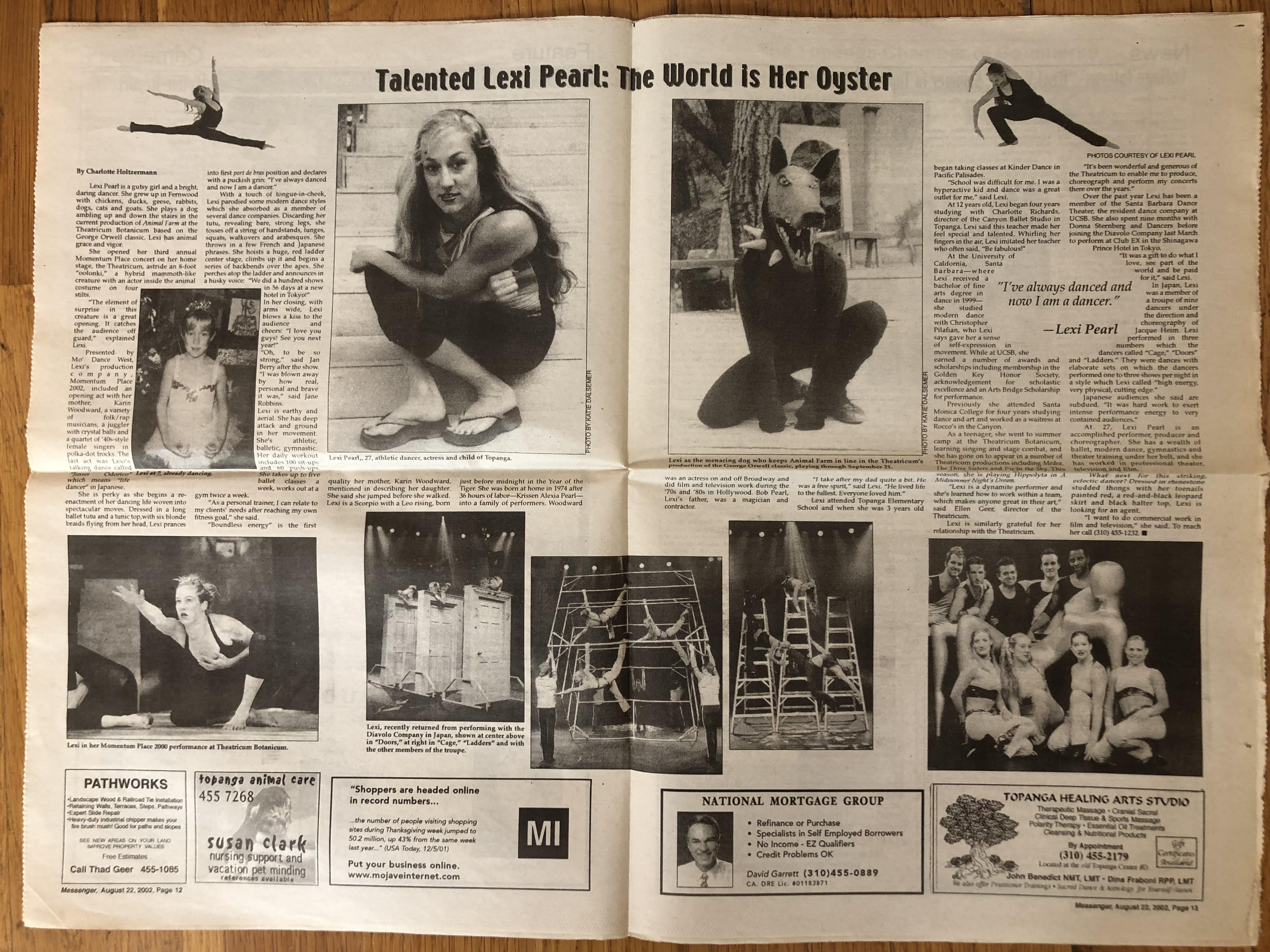 The original article and photo spread done on Lexi Pearl by Charlotte Holtzerman, published in August 2002 by The Topanga Messenger. 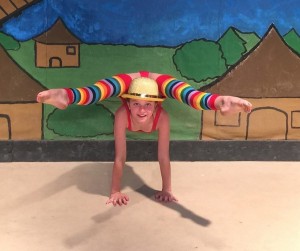 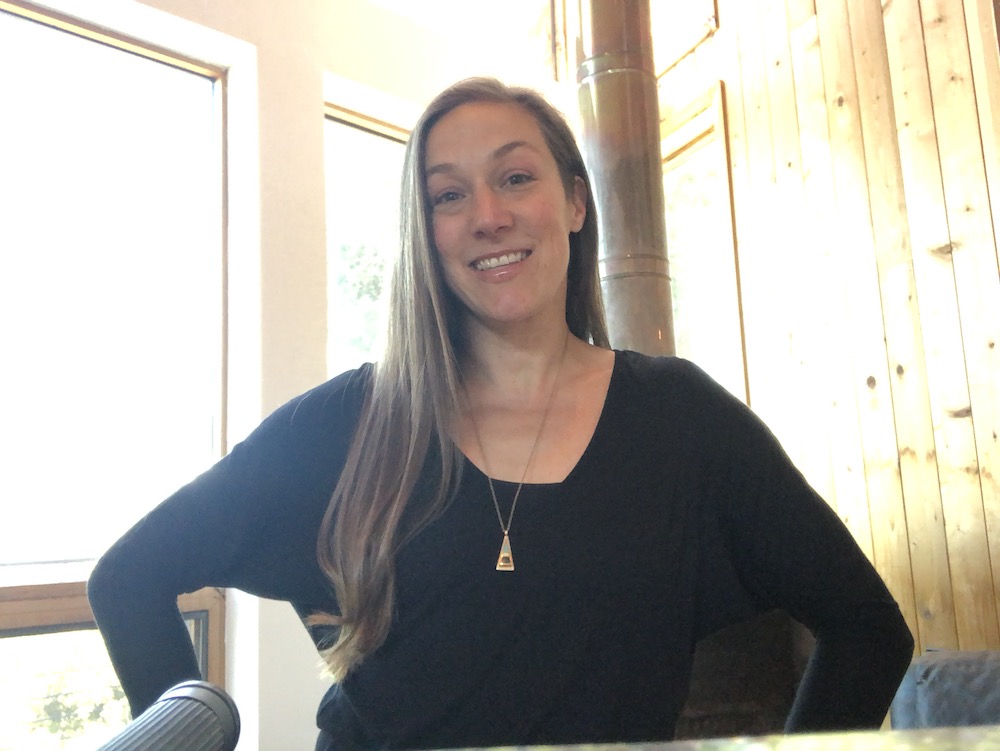 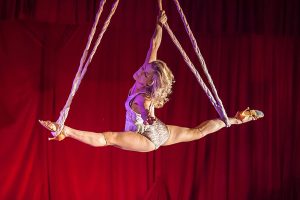 No one is more delighted and surprised than its curator and star, Lexi Pearl, that this year’s “MOMentum Place” being held at Will Geer’s Theatricum Botanicum on Sunday, May 13 at 2 p.m. is the 20th Anniversary.

Pearl is an acrobat, a stilt walker, an actress, but primarily a dancer. “I’m a dancer who joined the circus,” she said, who has performed with the acclaimed Cirque du Soleil and Cirque Berzerk. Her circus skills have taken her around the world.

Pearl’s career highlights include performing at President Obama’s inauguration. “I was at the neighborhood ball performing with AntiGravity. As Beyonce was famously singing “At Last,” that’s me up there in the rafters doing Aerial,” she said.

She was also a featured performer in the acclaimed short film, The Butterfly Circus.

It was Pearl’s stepfather, Mark Scully, who suggested Pearl organize the first event at Theatricum featuring her fellow dance students at UCSB. “I was finishing up my senior year and we were all going to become professional dancers in the world. Then, he suggested, we could say we had performed in a theater on our resumes, so I started Momentum Place in 1998. There were nine of us in the company for that first show,” she said.

Pearl came up with the name Momentum Place. “I thought it sounded dancerly.” Now, she comes back with a new troupe every year for what’s become an annual tradition.

“It didn’t land on Mother’s Day until 12 years ago. MOMentum Place. How perfect is that?”

Krissen Alexia Pearl has been called Lexi since she was a little girl and was raised in Topanga since she was a baby. Her parents, Karin Woodward and Robert Pearl, divorced when she was three.

Pearl’s actress mom raised her only child as a single parent. “Dad was in and out of the picture until he died when I was 17,” said Pearl, whose stepfather Mark Scully was a strong and supportive influence, joining the family when Pearl was 12.

The 18th MOMentum Place was memorable and especially hard because Pearl’s beloved mom died from cancer a few days before. The sold-out show went on anyway and became a tribute to Pearl’s own mother.

“I’m thrilled that Eric Newton, who has been my mentor, trainer and partner for all these years in the air, will be with us again,” said Pearl. The proceeds from the event will benefit Theatricum Botanicum.

“I love Topanga, and I’m so grateful to this strong creative community for its support over 20 years,” Pearl said. “Theatricum Botanicum is such a phenomenal resource with a great history.”

Pearl singles out Ellen Geer, Theatricum’s Artistic Director, for praise. “To have Ellen, such a prestigious figure in the Topanga community, support and encourage me makes me feel special. She is so sweet, and I feel so loved by her.”

Pearl moved away from Topanga to Venice, then to Mid-City L.A. for a few years with her boyfriend, real estate agent Jay Kilgore. The couple found their dream home in Topanga on Summit two years ago.

“I think mom saw I was happy with Jay and we had this house and she thought, “I can finally let go.” My stepdad is still rocking it. I love my stepdad. He has always encouraged me. I’m excited and hopeful the next 20 years will be this much fun,” said Pearl who teaches 20 classes in Topanga and L.A. every week, including FOCUSfish in Topanga at Manzanita School and Dance Dimensions in Woodland Hills.

As well as teaching and rehearsing for MOMentum Place, Pearl has been working with Sid and Marty Krofft who created “H.R. Pufnstuf” and have a show on Nickelodeon called “Mutt & Stuff,” a school for dogs. Pearl plays Marty Tree on the show and got to play H.R. Pufnstuf in two episodes.

She said, “As artists we get to create a tangible experience out of the invisible. And that’s magic. The ability to express yourself is fundamentally the most important thing to humanity, especially children.”

MOMentum Place often sells out so get your tickets fast. You can also take your mom for a picnic or buy her the brunch they serve at noon before the show. The brunch also sells out quickly.

If you’re looking for a happy place to take your mom this Mother’s Day, MOMentum Place is just the ticket.