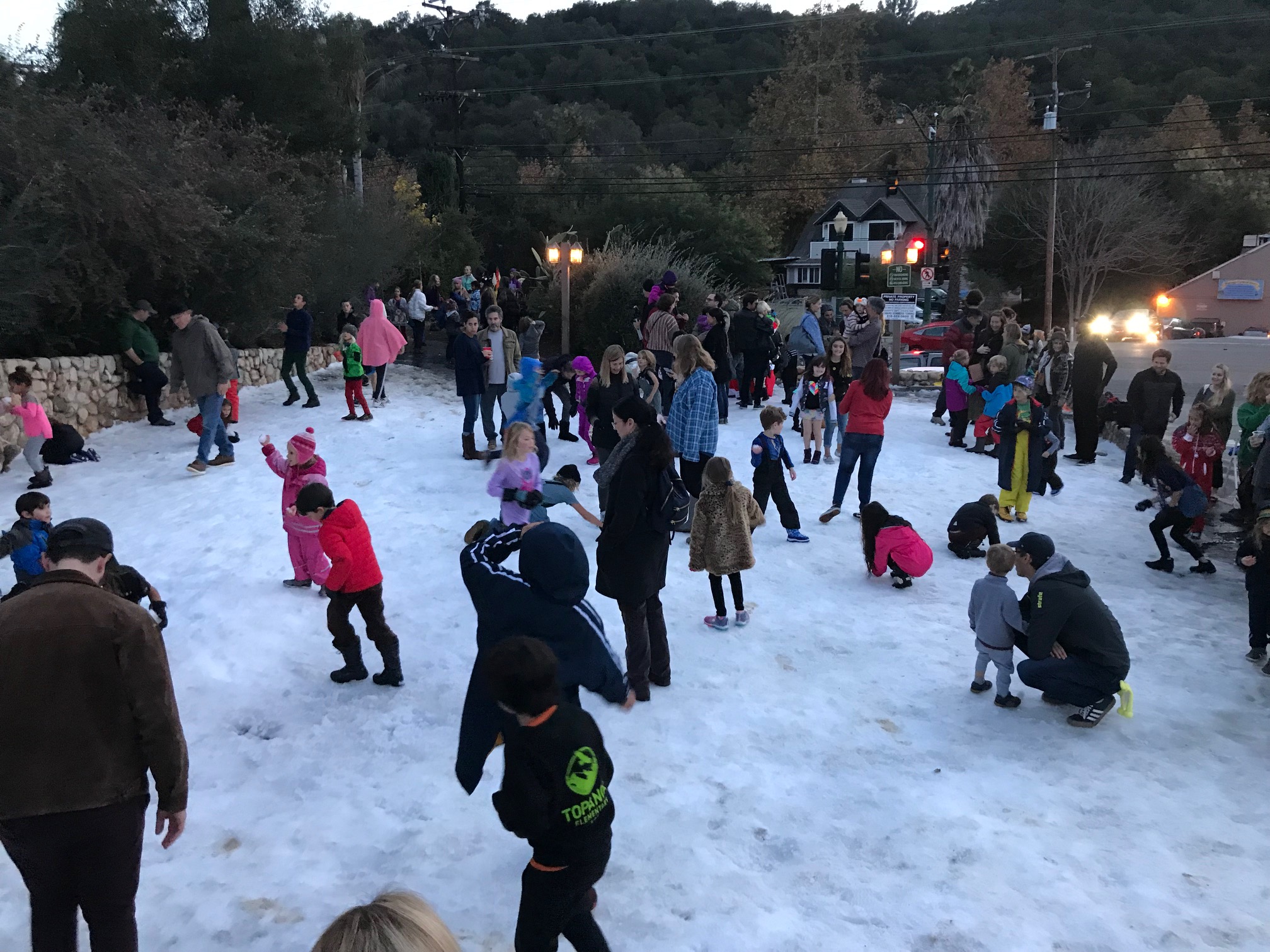 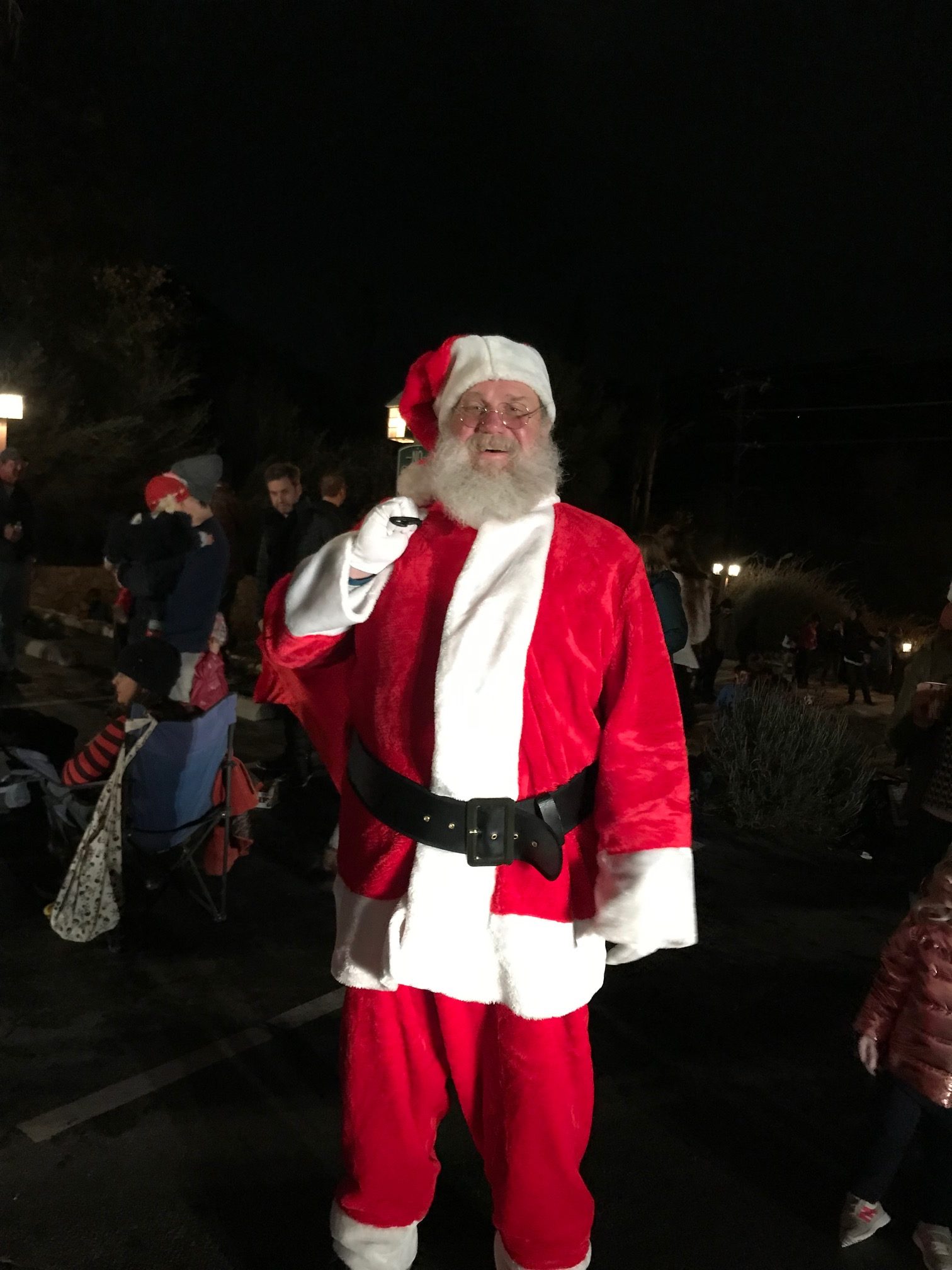 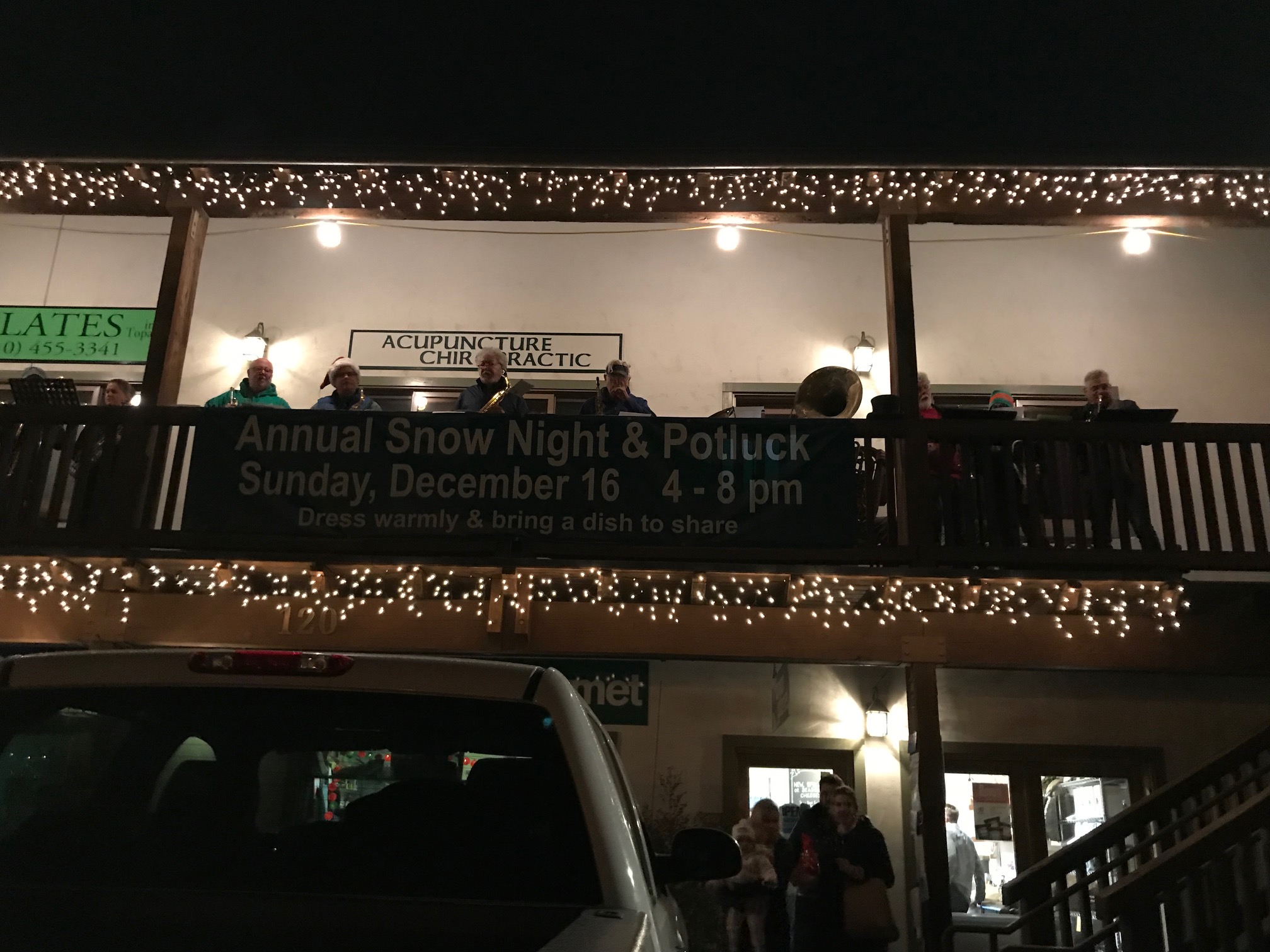 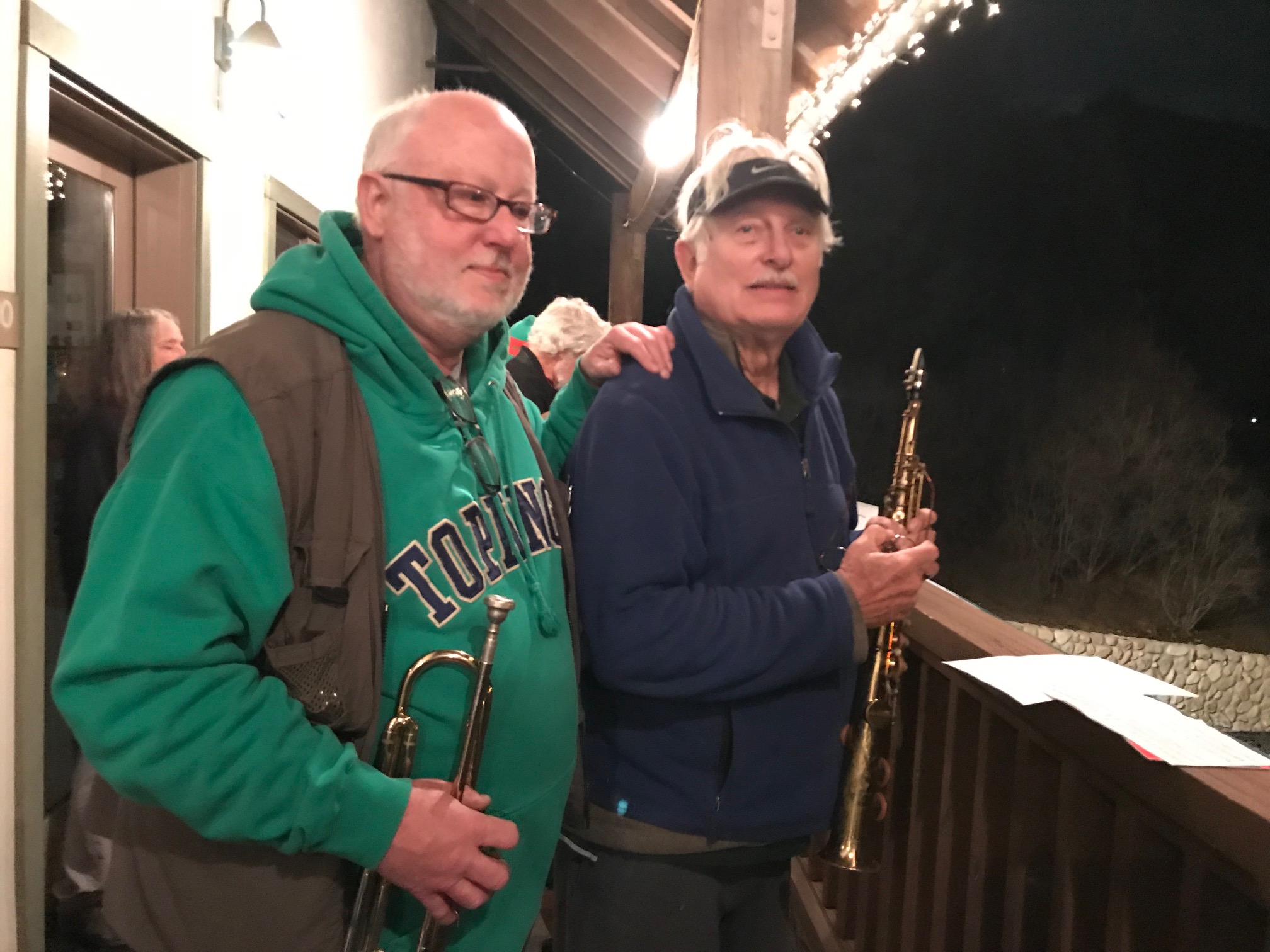 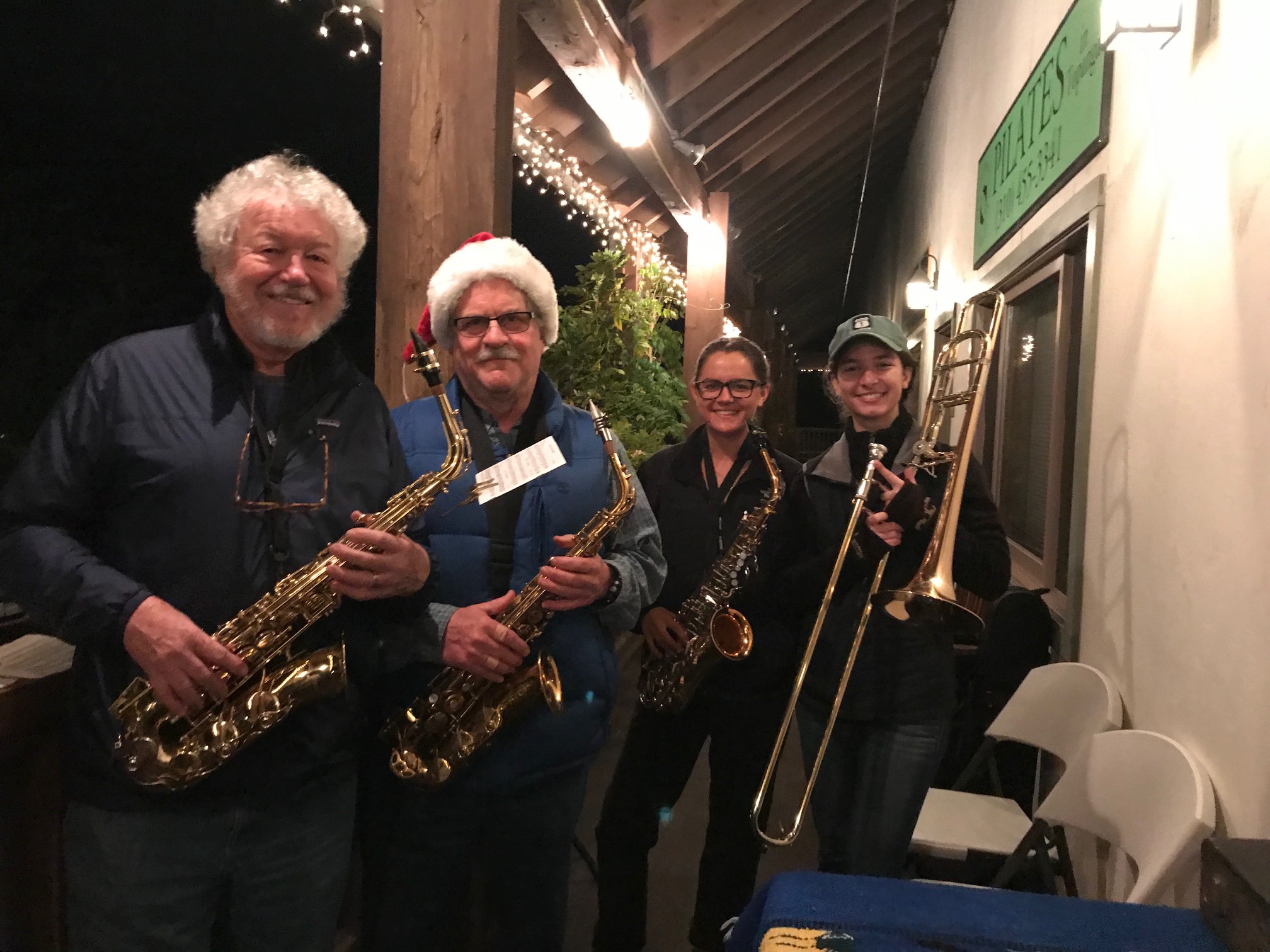 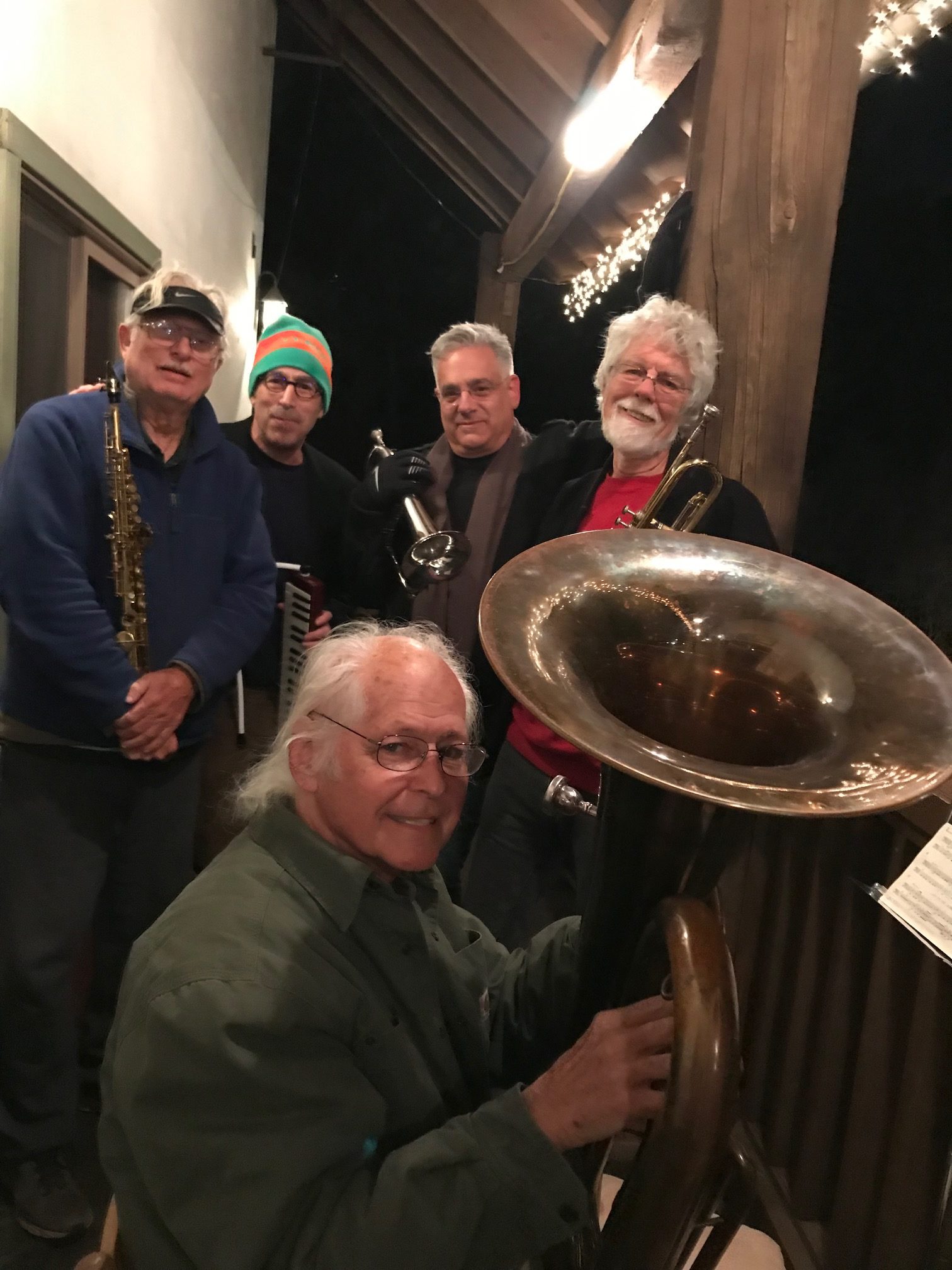 The air was brisk, its counterpart, the fire pit was blazing, a stream of pot luck dishes filled the table, while kids and parents were playing in the snow at Pine Tree Circle’s parking lot.

It was the 19th Snow Night that former Pine Tree Circle owners, Steve and Leslie Carlson, began across the street in the Topanga Homegrown boxcar, 29 years ago when the Boy Scouts gathered to feed the hungry.

The new owners, Nate Daneshgar and his father, Joseph, who bought the property in September, seemed happily agog at the activity.

“This is quite a community,” Joseph quietly observed, as Nate busily searched for Dr. Roy, who was organizing “Topanga’s All-American Howling Coyote (Jingle Bells) Brass Band for the annual Snow Day sing-along. The musicians were gathering on the balcony, as they have for as long as we can remember.

“Don’t you think the band should be down here,” Nate called up to Roy, as if there was any way he was going to corral those cool cats.

As the snowballs flew, Pop reached for a brew,

When who should appear (without his reindeer),

It was Jolly St. Nick, So Pop opened two.

With a hearty Ho-Ho, they toasted the year

He flung open his pack, out tumbled the toys.

“Are they all for us,” asked the girls and the boys.

Nick twirled his beard, “Did you make all that noise?”

He furrowed his brow, “Let’s think this thing through.

“Did your mittens get wet? Did your noses get froze and your toeses, too?

“Were you having such fun that your earmuffs turned blue?”

The children all nodded. Were they naughty or nice?

Peace in Our Time, for All Time