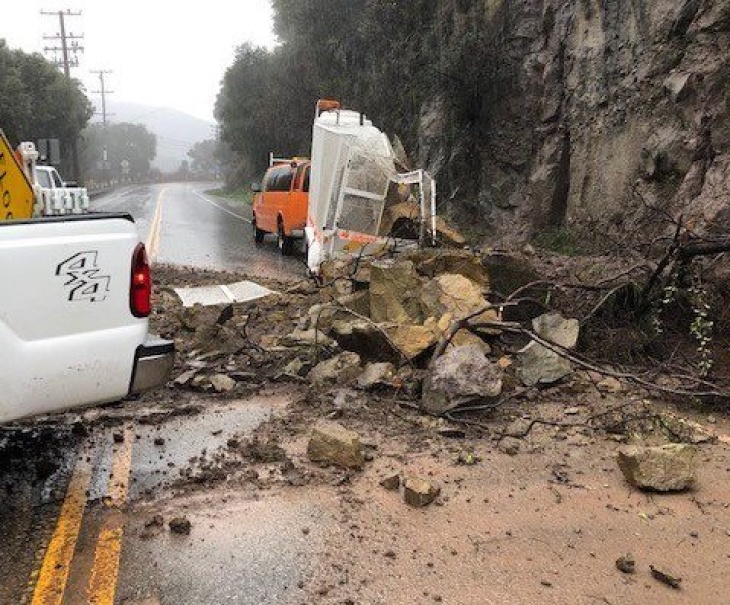 Boulders continued to fall while the Caltrans District 7 crew was working to clear the initial slide. No one was injured but two trucks were struck. Photo courtesy Caltrans via Twitter 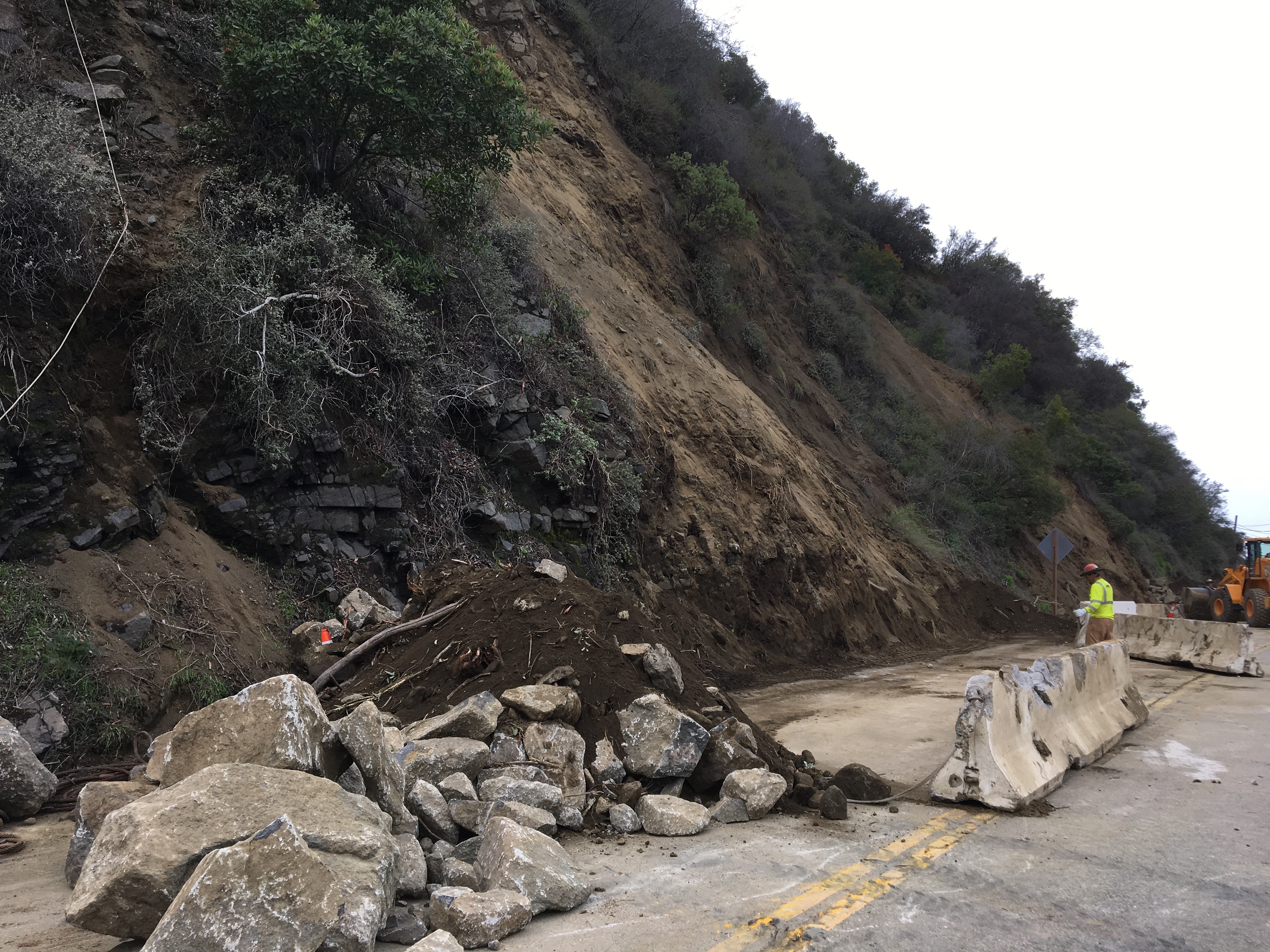 Topanga Canyon Boulevard was closed between Pacific Coast Highway and Grand View Drive after rocks, mud and debris fell onto the roadway on Jan. 17, 2019. Photo courtesy Caltrans via Twitter 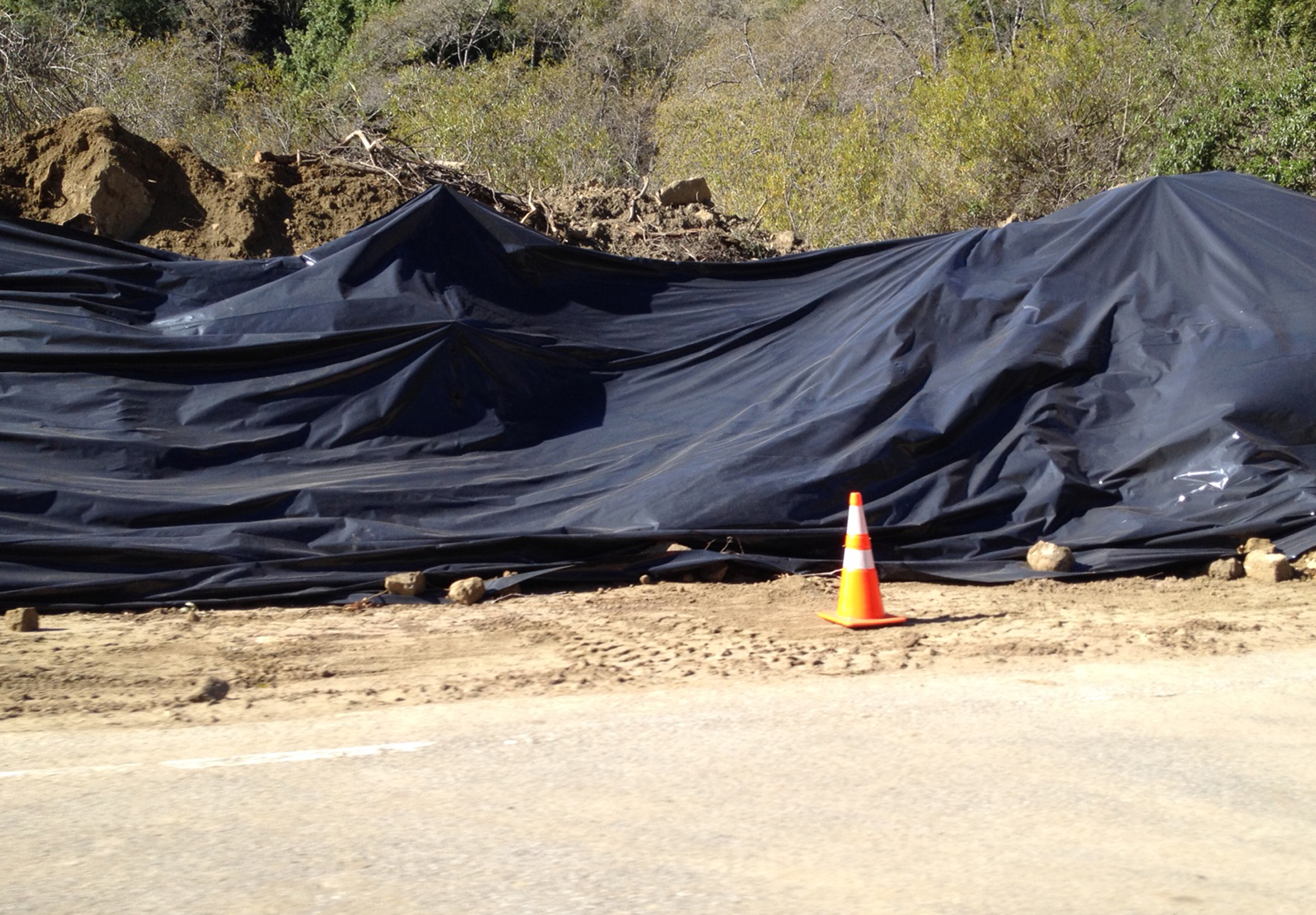 Debris from the slide is awaiting removal by the side of the road in the lower canyon. Photo by Suzanne Guldimann 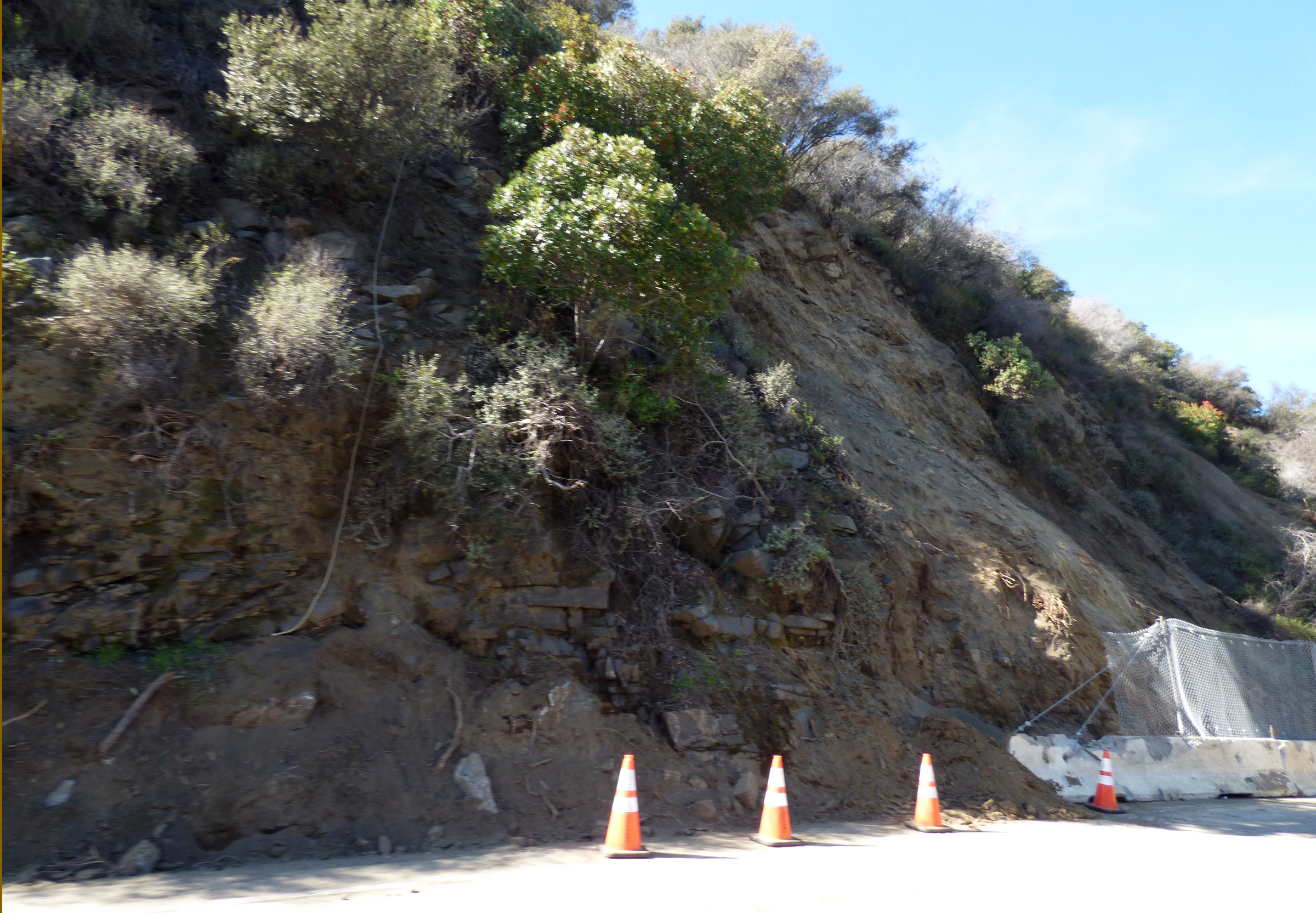 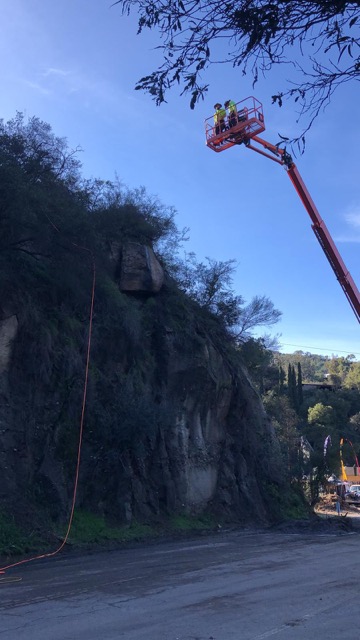 While Caltrans crews were clearing up the rock falls, a boulder came loose and fell on a Caltrans trailer. Fortunately, no one was hurt.

According to Michael Dipsia, senior construction engineer for Caltrans, District 7, once this emergency work is finished the sites will have to be assessed by a Caltrans geologist for stability. Until then, the road will remain closed. Once the road is opened expect some scheduled weekend closures to install 3,500 linear feet of steel netting on the threatened hillsides and other mitigation and cleanup should the rains continue.

Thanks to Roger Pugliese and Joseph Rosendo for contributing to this update. Photos courtesy of Caltrans District 7.

Awakening the Sage Within