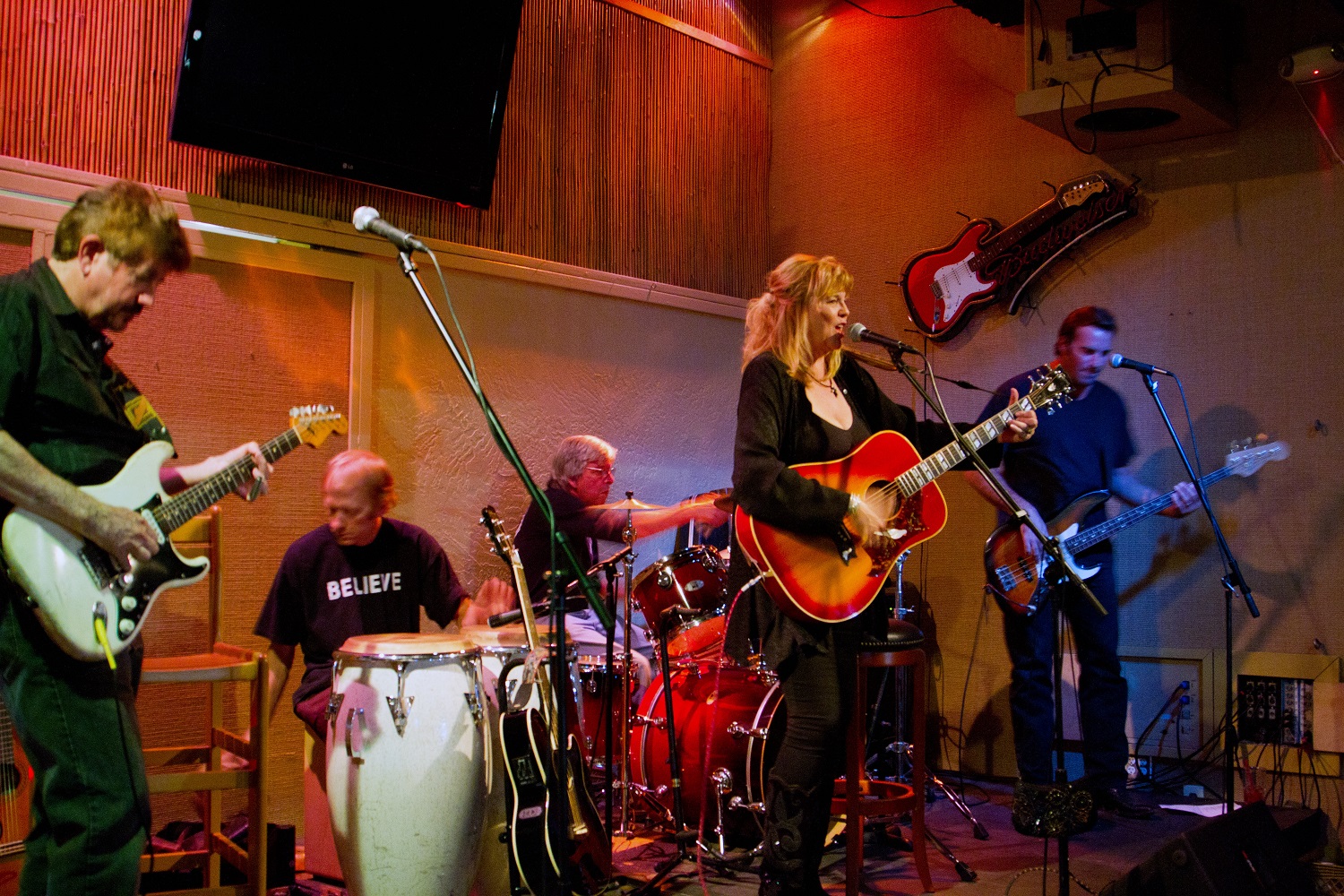 Singer-songwriter Bonnie Tamblyn and her traveling band Blue Heaven will play old favorites and some of their latest songs on the main stage at 5 p.m. Photo submitted 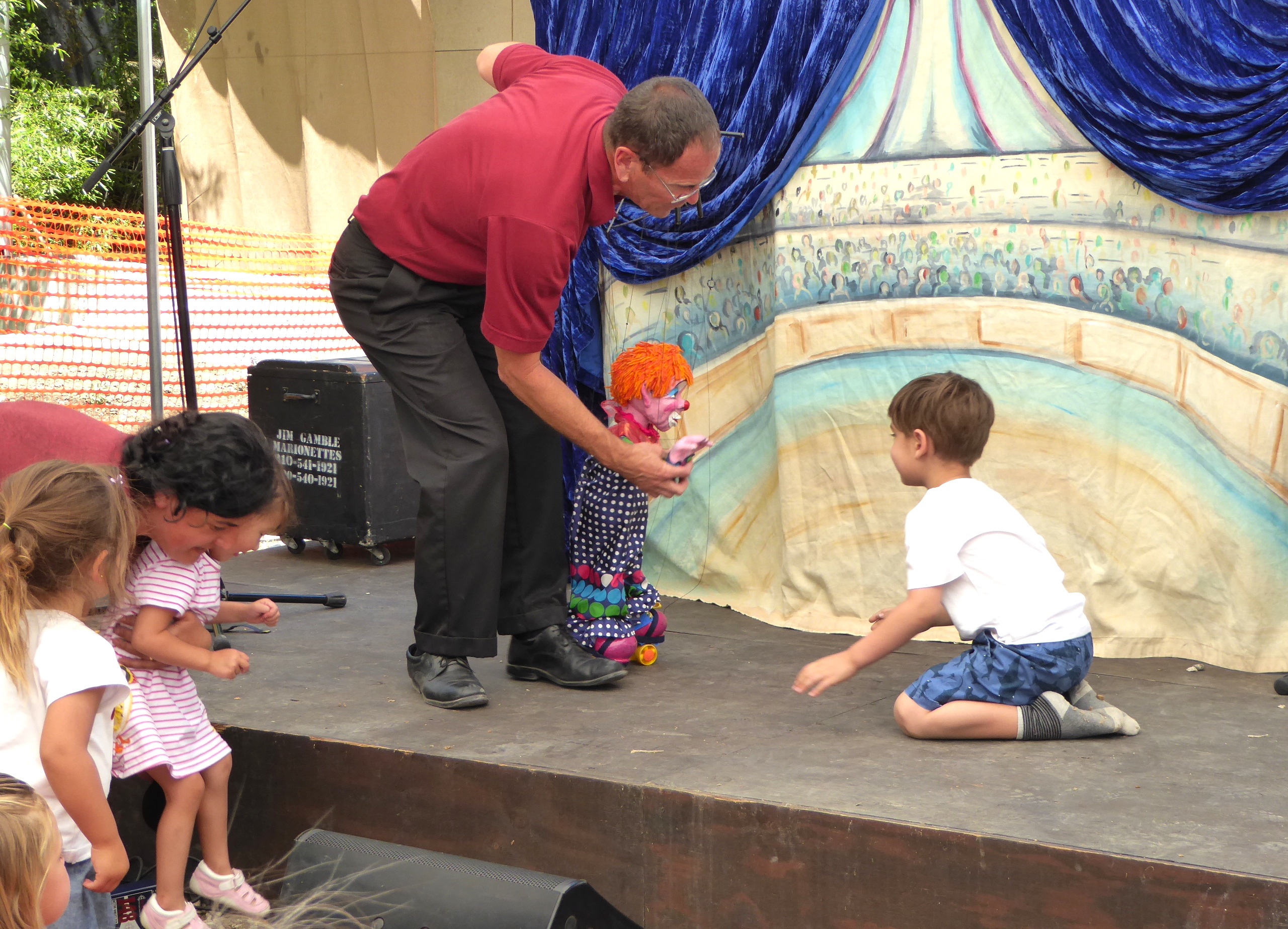 One of the favorite children's acts each year, Jim Gamble Puppeteers kick off the entertainment on the Kids Corner stage at 11 am. Photo by Suzanne Guldimann 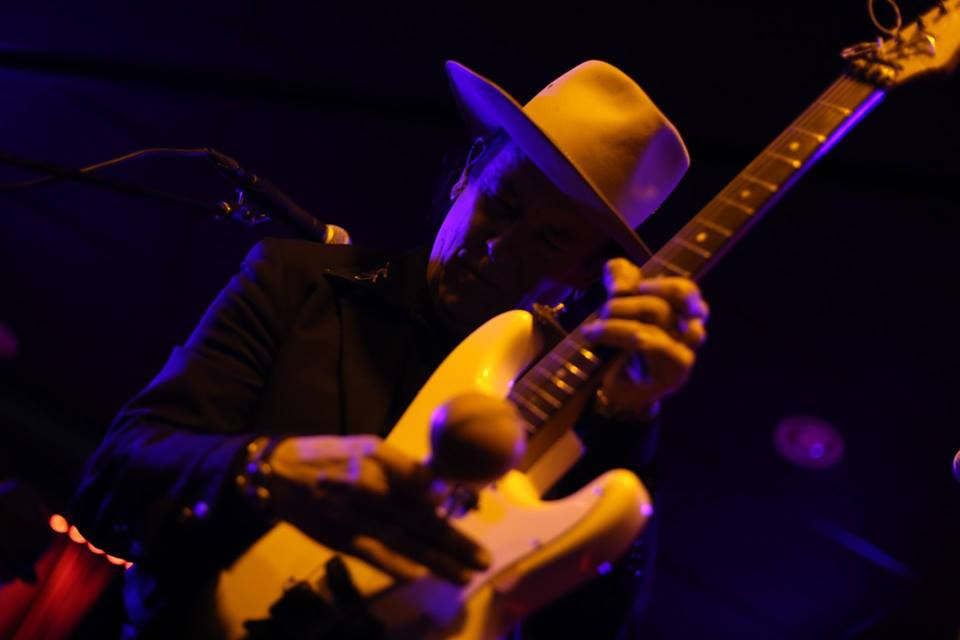 Singer-songwriter Preston Smith will be performing at 4 p.m. on the main stage. Join him for an hour of American blues. Photo submitted 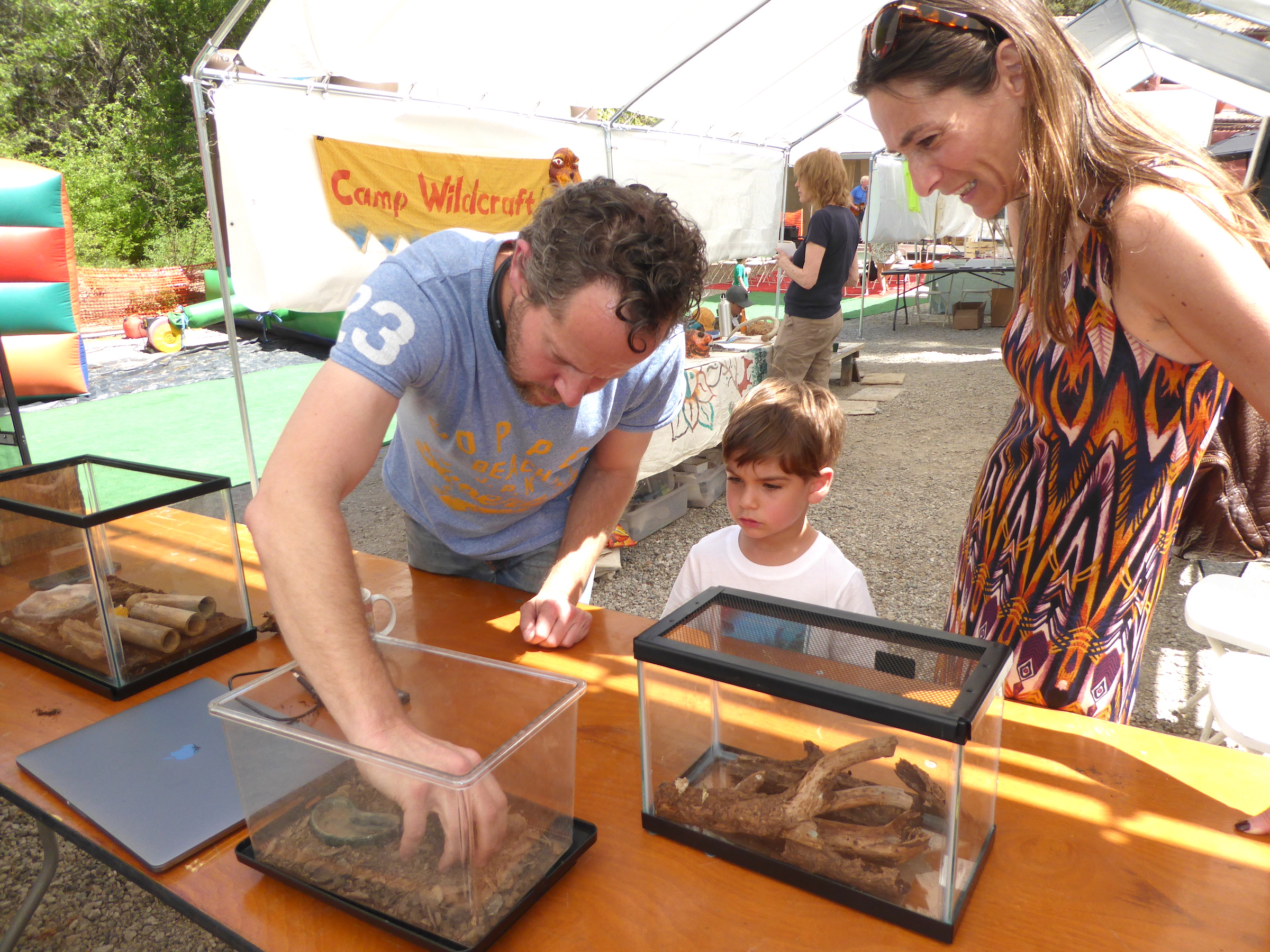 Adam “The Bug Guy” Lazarus returns to Topanga Earth Day with his fascinating collection of live insects. Stop by his booth or drop in for his “bug talk” on the Kids Corner stage at 4. Photo by Suzanne Guldimann 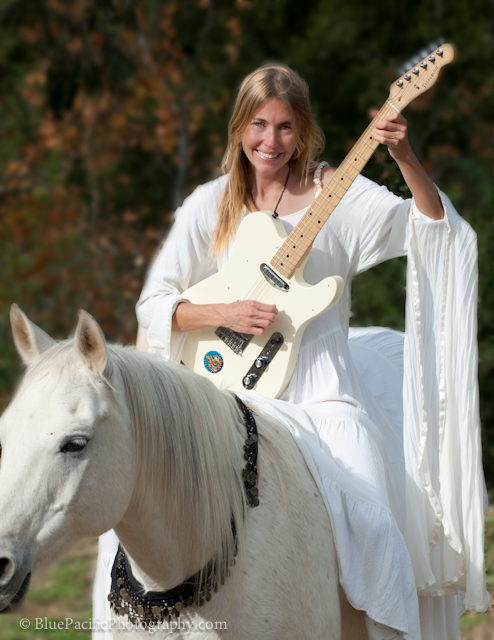 Jennifer Youngs brings a mix of folk, rock, and her original songs to the main stage at 1 p.m. Photo submitted 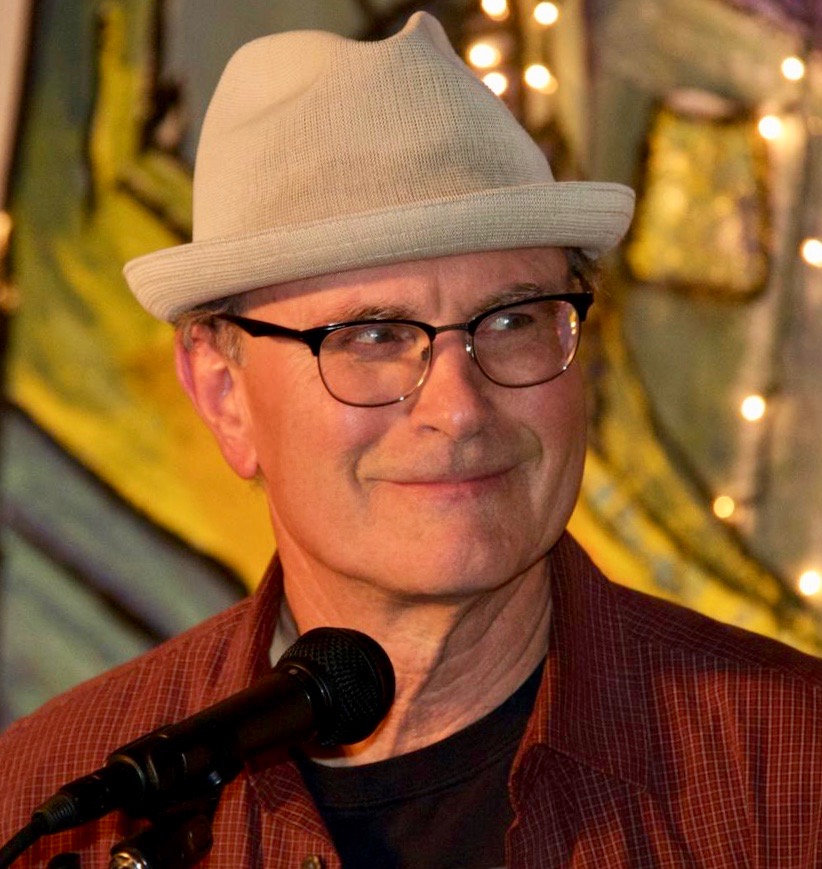 Americana singer-songwriter, acoustic guitarist, and storyteller Merlin Snider will be performing at 3 p.m. on the main stage. Photo submitted 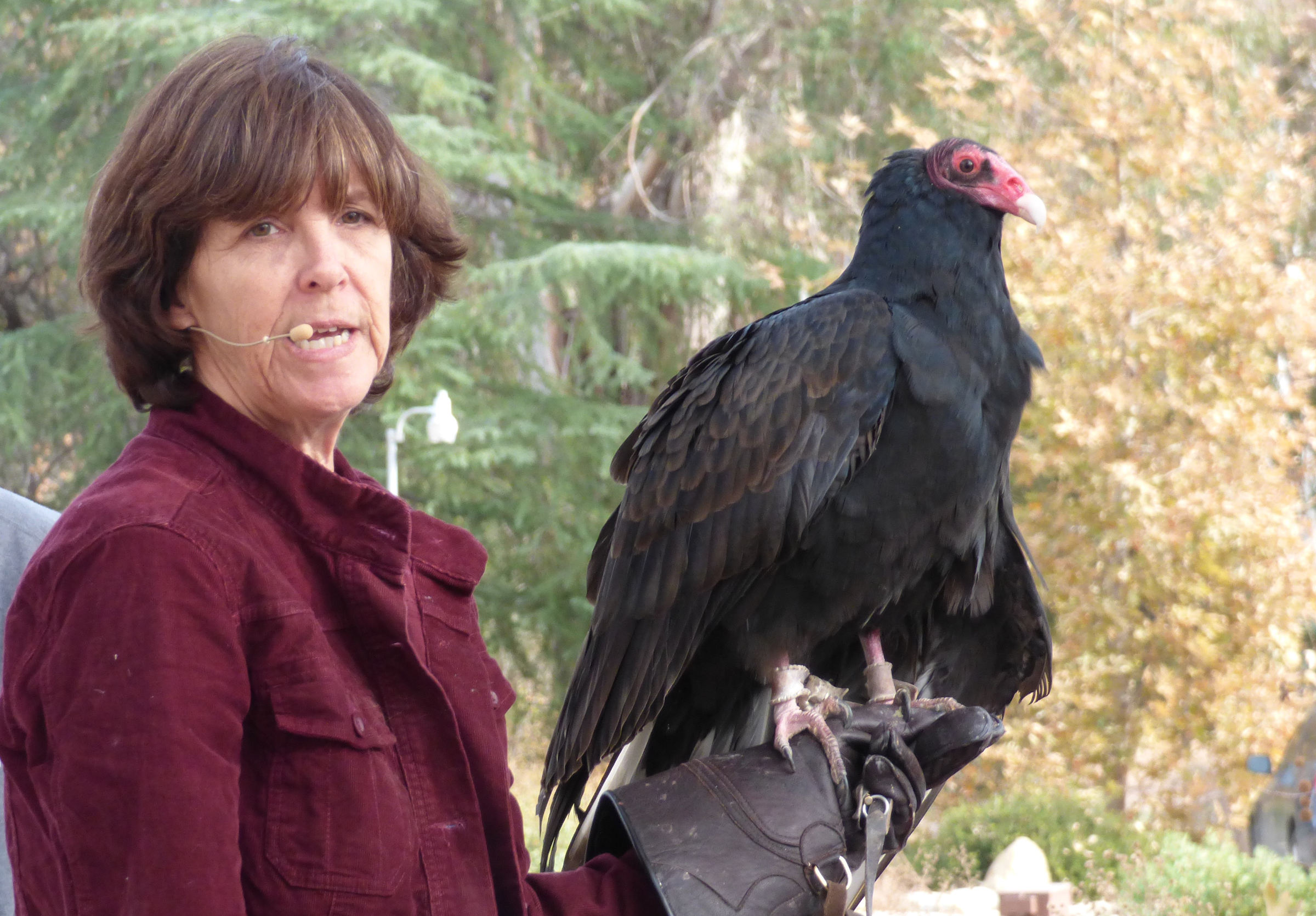 Please note that this event has been postponed due to the special event permit being delayed. Stay tuned for a new date sometime in July.

The adult stage will feature live music from 1 p.m. into the night, as well as yoga, group stretch and meditation, and a film screening.

Jim Gamble Puppeteers’ marionettes were a big hit at last year’s Earth Day event. The puppet show starts at 11 a.m. and will kick off a full day of entertainment in the Kid’s Corner.

At noon, Circus Arts takes the stage, with gigantic bubbles, live music and slackline acrobatics. At 1 p.m. join the Messenger Mountain News’ naturalist for a hands-on nature talk. At 2 p.m. Topanga white witch Coco Blignaut takes the stage for an hour of storytelling.

Molly Hogan and the animal ambassadors of Nature of Wildworks are on at 3 p.m., offering a chance to meet some wild Topanga residents, like owls and opossums, up close and personal, while Adam “the Bug Guy” Lazarus returns this year with his amazing assortment of insects at 4 p.m.

The focus of this year’s event is raising funds and awareness for Topanga Gold, the canyon’s new kitchen waste compost hub. LA Compost, the non-profit organization that is building the composting facility at the Topanga Community Center on May 4, will be offering mini workshops and hands-on advice on how and what to compost.

On the main stage, look for environmental activist and folk rock singer-songwriter Jen Youngs, also known as Jennifer Freedom, to start the live entertainment at 1 p.m. Youngs will be performing with nine-year-old Isabel Martin.

The Wild Honeys—singer-songwriters Halina Janusz, Dana Wood, Hyla Douglas and percussionist Michelle Guire—take the stage at 2 p.m. The Wild Honeys are an Americana-flavored band focused on vocal harmonies and varied instrumentation. Their repertoire is also varied with a blend of covers and originals. The band enjoys exploring and interpreting songs from all genres with their own unique arrangements and style.

Acoustic guitarist Merlin Snider performs at 3 p.m. With deep roots in American folk, Merlin’s music blends blues, gospel, swing, and the folk rock on which he was nursed in the ‘60s and ‘70s.His album, One Light Many Windows, was the No. 2 Album on the April 2017 FOLKDJ-L chart of Top 70 albums.

At 4 p.m., Preston Smith will be playing Americana in all its forms—jazz, swing, soul, county and rock.

Bonnie Murray Tamblyn and her band, Blue Heaven, are on at 5 p.m. Tamblyn started her music career on California’s Highway 395 back in the ‘70s. This singer/songwriter is known for her cinematic folk/rock songs about the High Sierra, truck-stops and honky-tonk.

The Greenhorn Brothers take the stage at 6 p.m. This celebrated Topanga band just released their EP of original songs, Flying Down the Road, in October 2018. Their sound is mellow and rich, with beautifully blended harmony.

There will be an interlude for meditation, yoga and stretching at 8 p.m., followed by community-submitted environmentally themed short films under the stars.