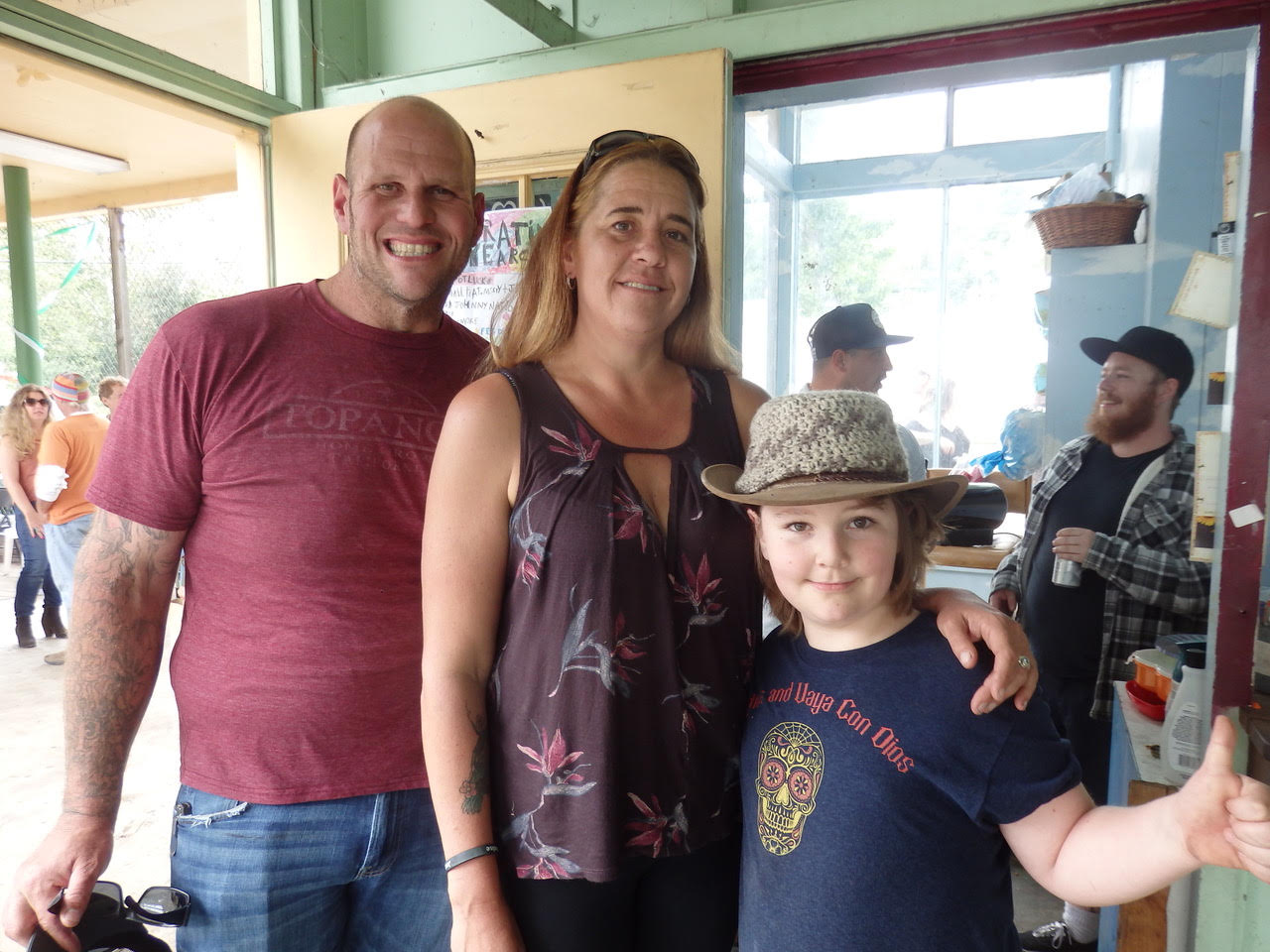 Paul and Lindsay Pedroza with their son, Jack. Photos by Annemarie Donkin 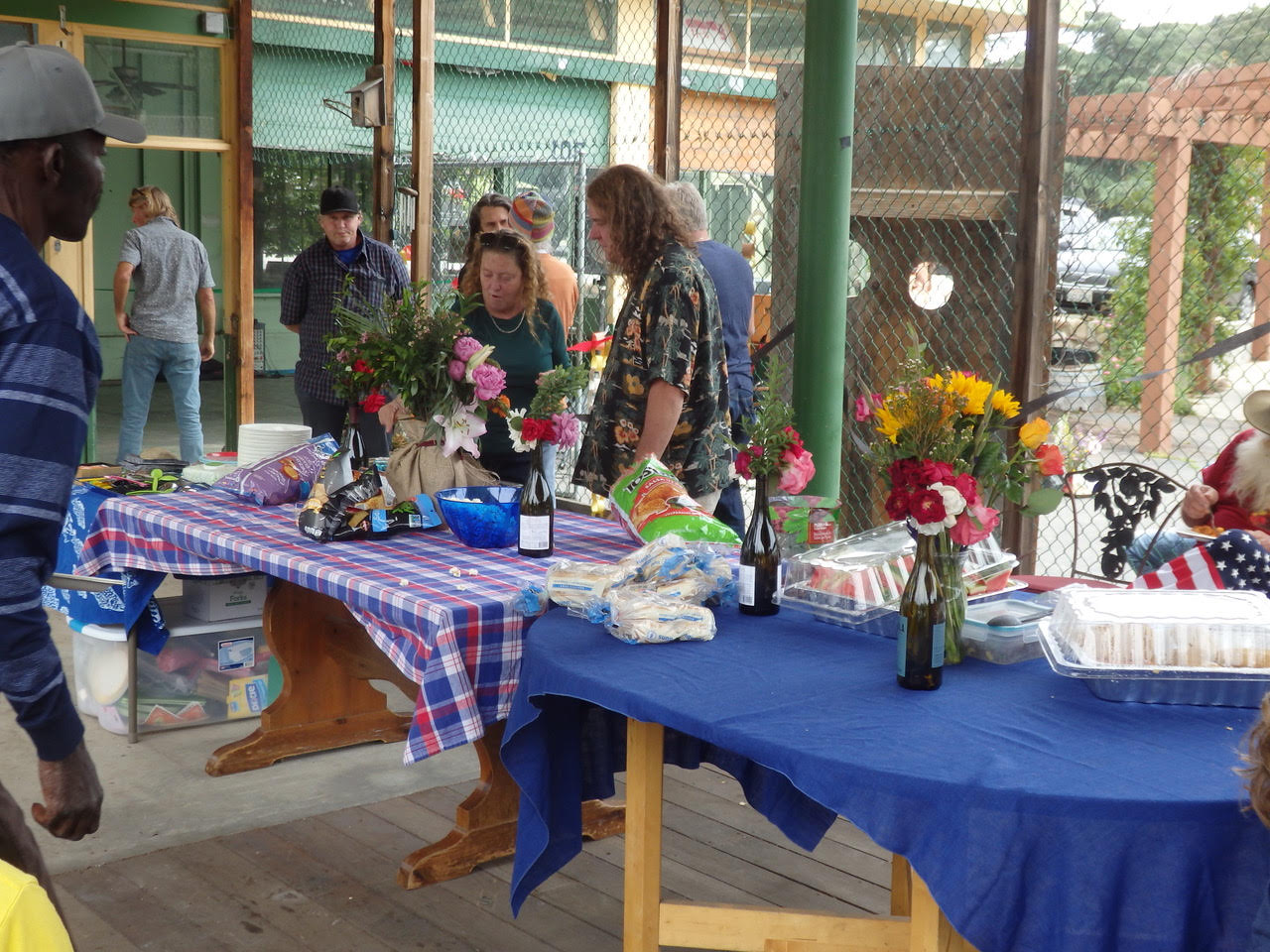 Vicki and Peter Norwood look over the potluck buffet. The owners of Topanga Hauling are sad to see the Topanga Seed & Feed go; it marks the end of an era. 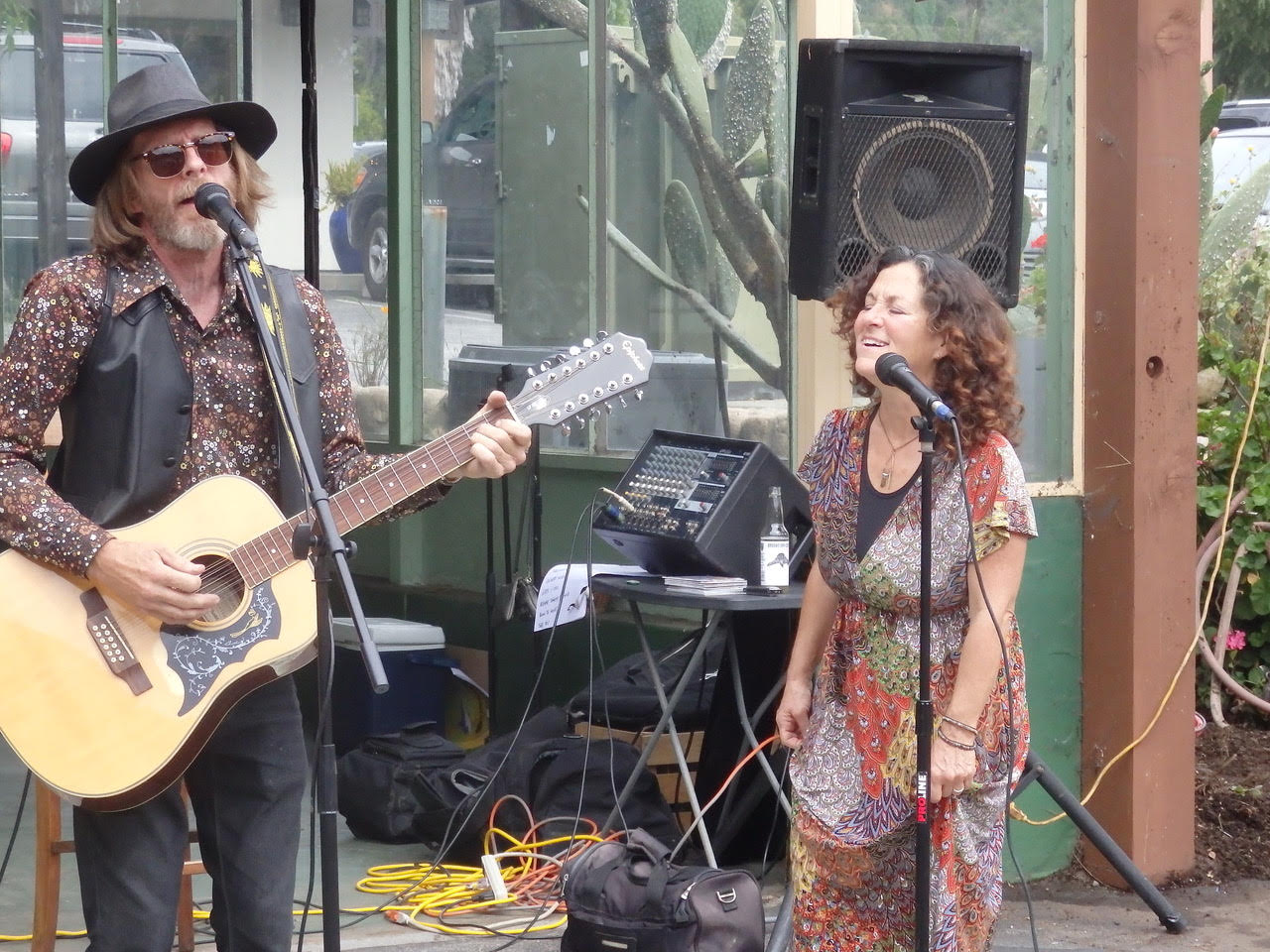 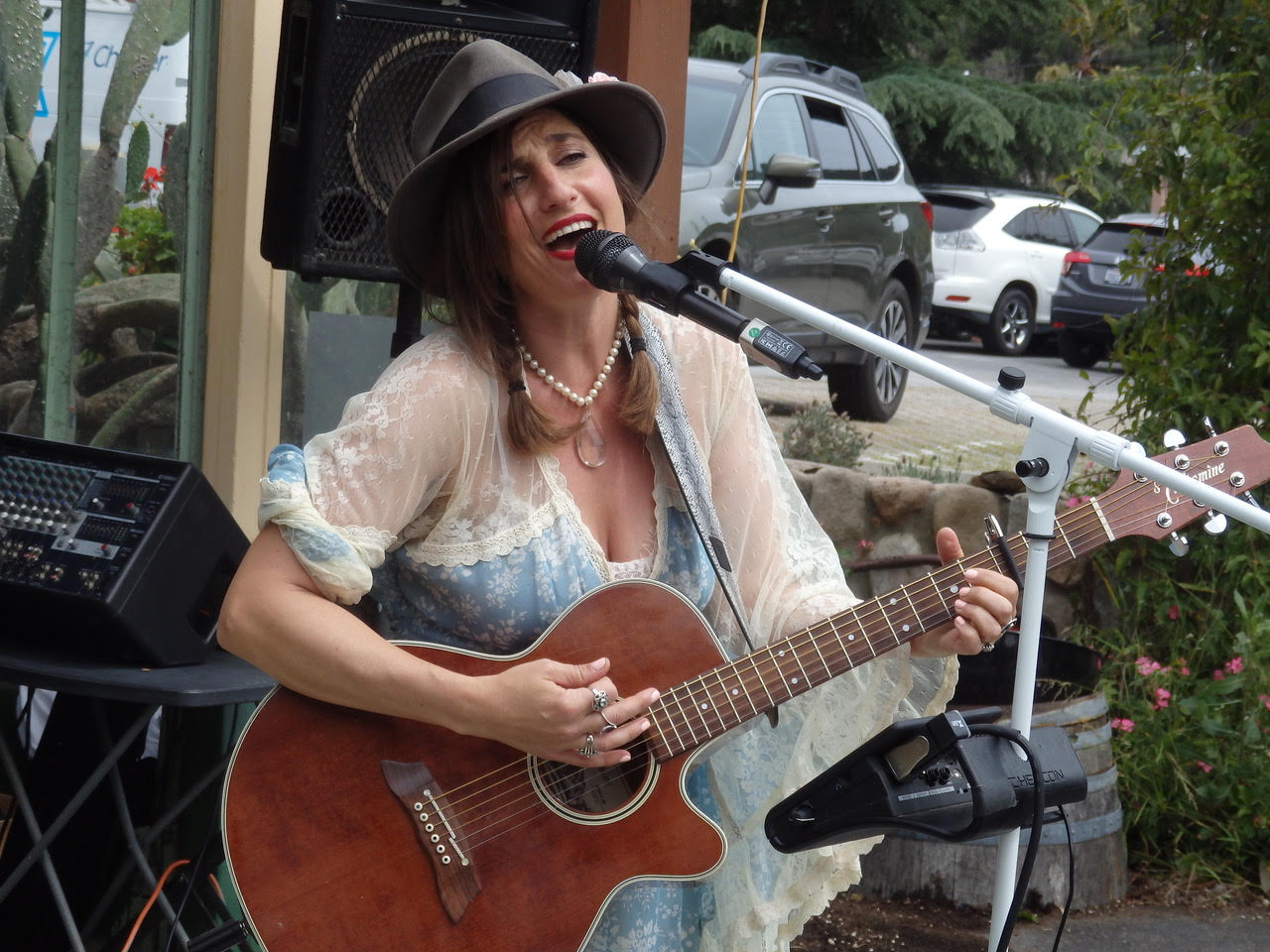 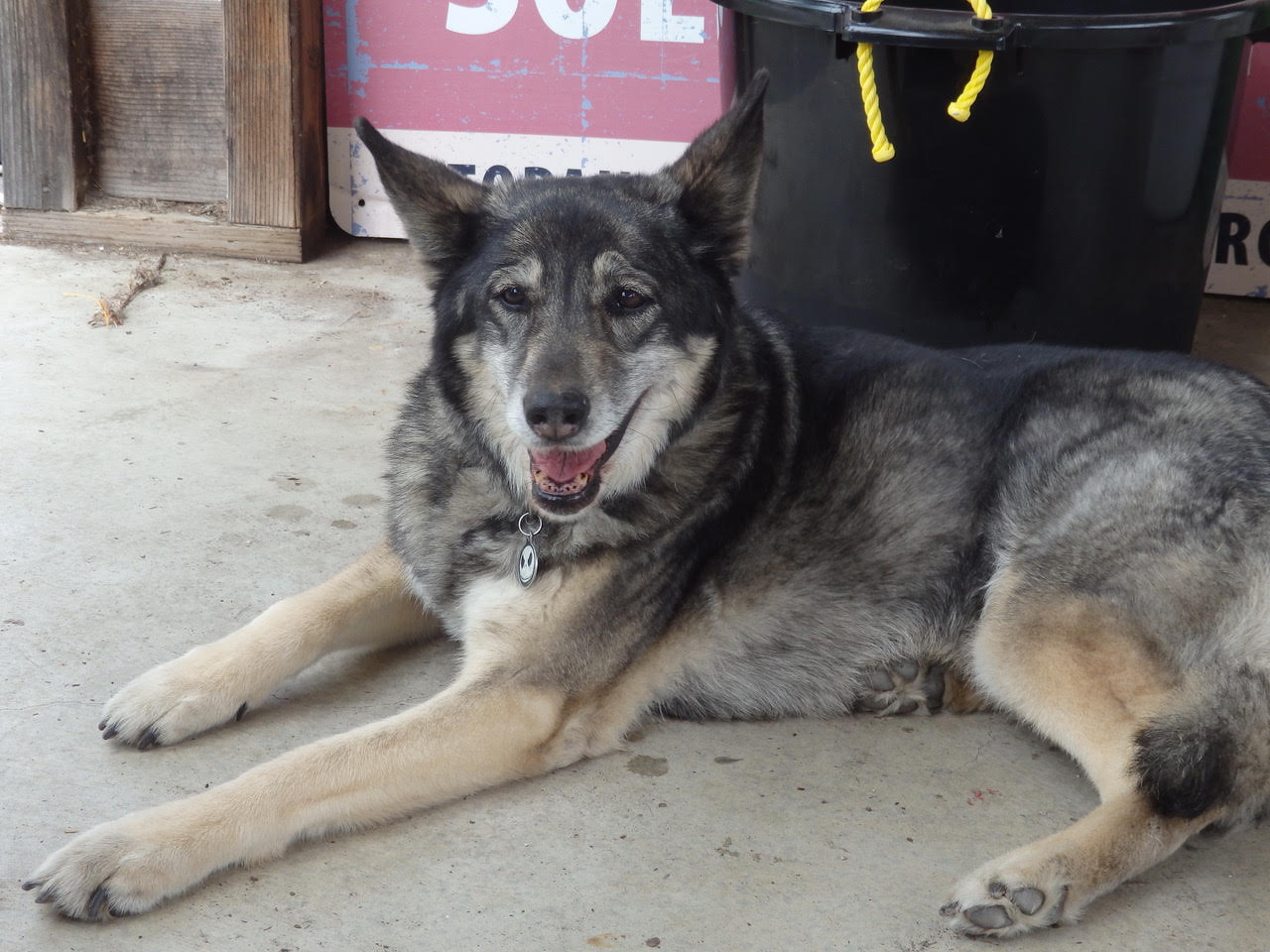 The last feed store in Topanga held a parking lot party to bid the community farewell.

After anchoring the boulevard at Pine Tree Circle for 14 years, Lindsay (Zook) Pedroza her husband, Paul Pedroza, and their son, Jack, are closing up shop.

Billed as a “Parking Lot Pot Luck Bash,” it certainly turned into one of the most epic sendoffs in recent Topanga history.

While Topanga Seed & Feed was a pet supply, garden center, and gift shop, it also served as the heart of the community for family, friends, and its customers. Times have changed and Pedroza acknowledged that the cost of doing business following the sale of Pine Tree Circle and resulting rent increase by the new owners, contributed to her decision to close the Seed & Feed.

Making sure the shop went out in style, Jewels Nation organized a bash complete with a lineup of musicians, lots of BBQ, plenty of drink, a potluck, and a fire pit.

Kids created chalk art in the parking lot, while the guys out back smoked pulled pork and guests filled their plates with tamales, fruit, veggies, chips, and homemade brownies.

Owning a shop in Topanga was not the first thing on Lindsay’s mind back in the ‘90s. She originally intended to go into law enforcement, specifically with the FBI, but the death of her uncle, Michael, in 1999, and a medical issue sidelined her plans. She found solace working at a pet store, then became its manager.

Seven years later, according to a 2012 article by Kim Zanti in the Topanga Messenger, Lindsay discovered that Topanga Auto, next to Bouboulina, on the Boulevard, was closing after 26 years, and the space was for rent.

“I don’t even know if it was a thought in the back of my head, but when the opportunity presented itself, I said, ‘I think I could do that,’” she said. According to the article, on May 26, 2005, Topanga Seed & Feed opened its doors with Carlos, the white horse statue, staying on to greet customers as it had for Topanga Auto.

When SCE started excavating the town center to install an underground electrical system to replace telephone poles, the business slowdown turned out to be a matchmaker.

“A good thing that came out of the road construction was that Lindsay met her husband, Paul Pedroza,” Zanti wrote. “Stuck in the construction traffic, he turned around, but decided first to come into the shop to meet the girl that friends had been telling him about.”

Paul and Lindsay married on Halloween in 2009 at the Community House and soon welcomed their son, Jack, who is now eight, and virtually grew up at the Seed & Feed.

The undergrounding project was never completed.

Wrapping up the event, Lindsay said that the horse statue now has a new home with a long-time customer and gets decorated for every holiday.

SEED & FEED HAS LEFT THE BUILDING

The day after the party, a call to Lindsay found her exultant. “It was fantastic,” she said. “Amazing, with so many hugs and so much love, it was great!”

While sad to see the shop go, Lindsay said she can now focus more on Jack, family weekends away, and “enjoying life a little more.”

Would she do it again?

“Probably not,” she mused, saying that being semi-retired is a nice feeling. “Fourteen years is a long time; I could never recreate what we did and don’t want to attempt it again.”

According to her, in true Topanga style, friends sang and danced well past 9 p.m., and after singing “Wild Horses” they said a reluctant “goodbye.”

“It was amazing, the love and support of the community was really heartfelt,” Lindsay said. “I was happy and sad at the same time, but I will always be around; you just don’t know where I will pop up next.”