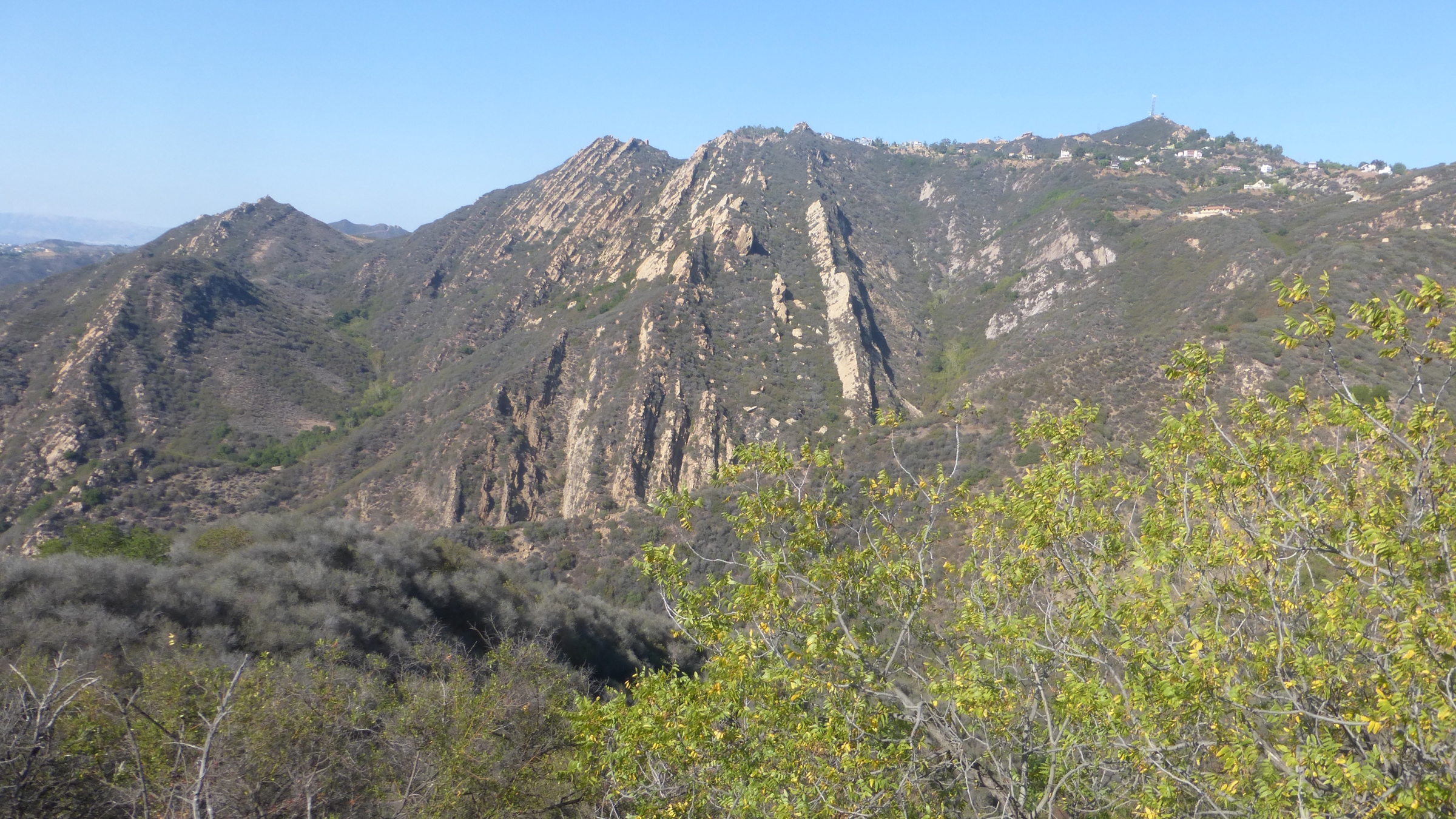 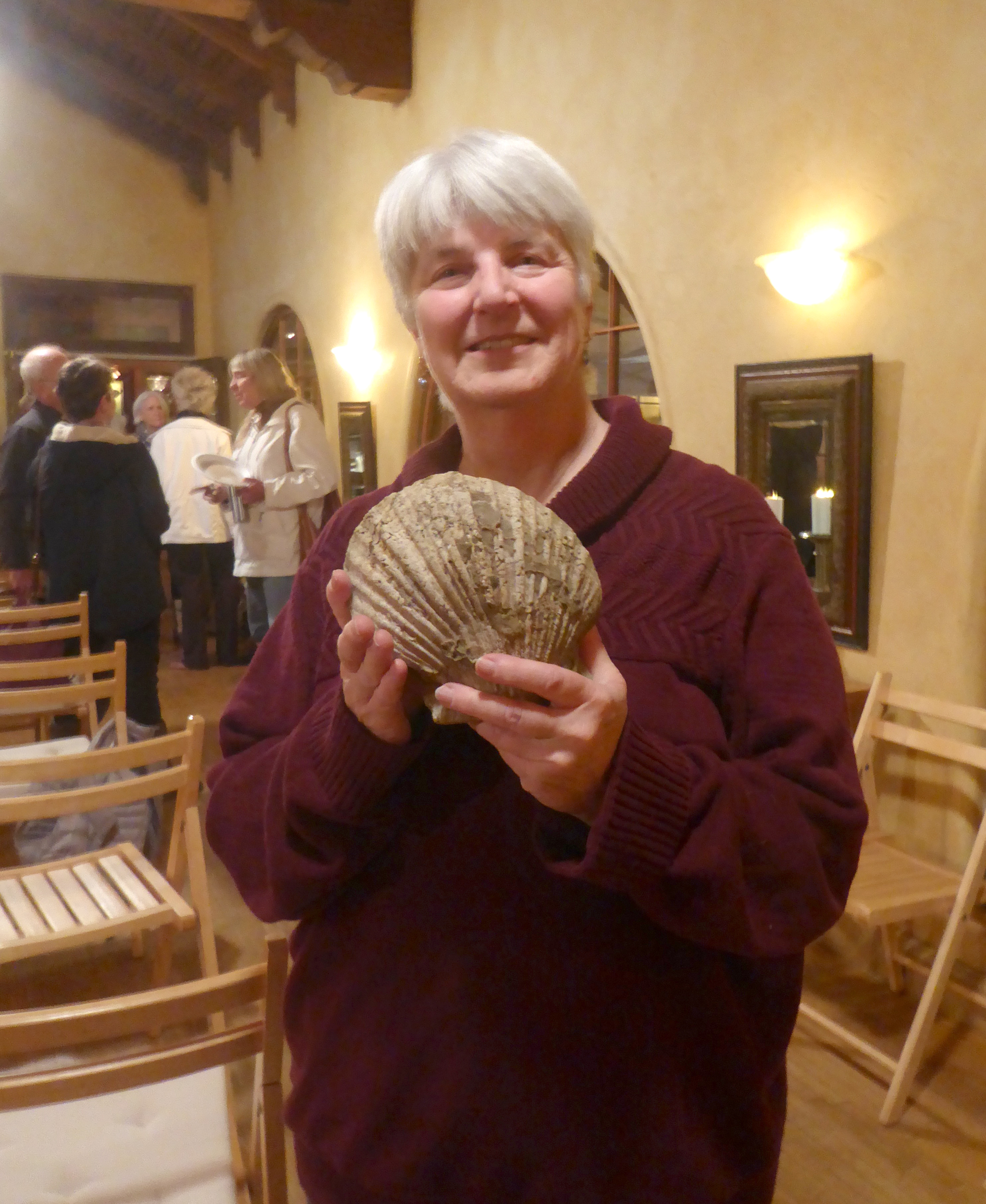 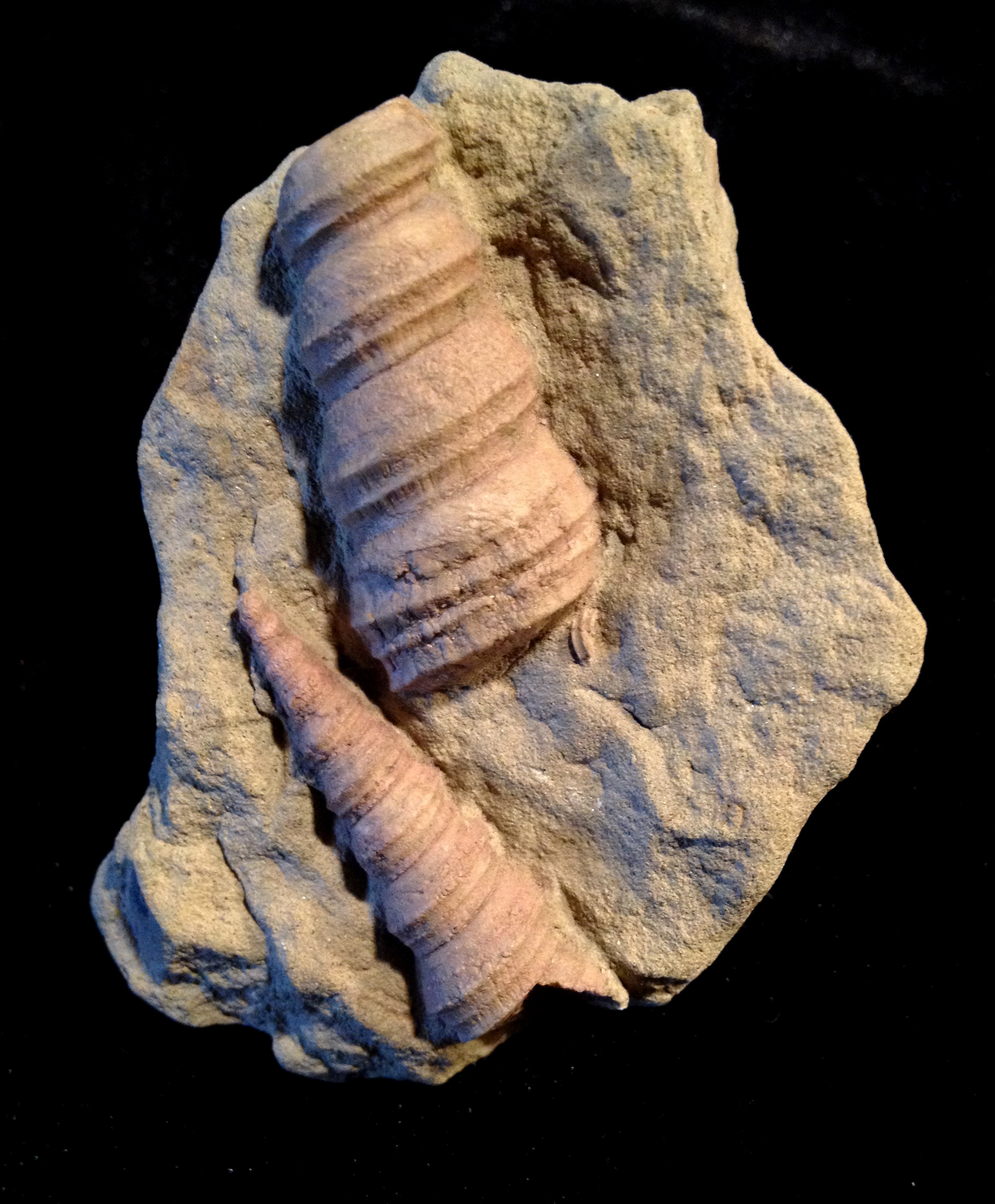 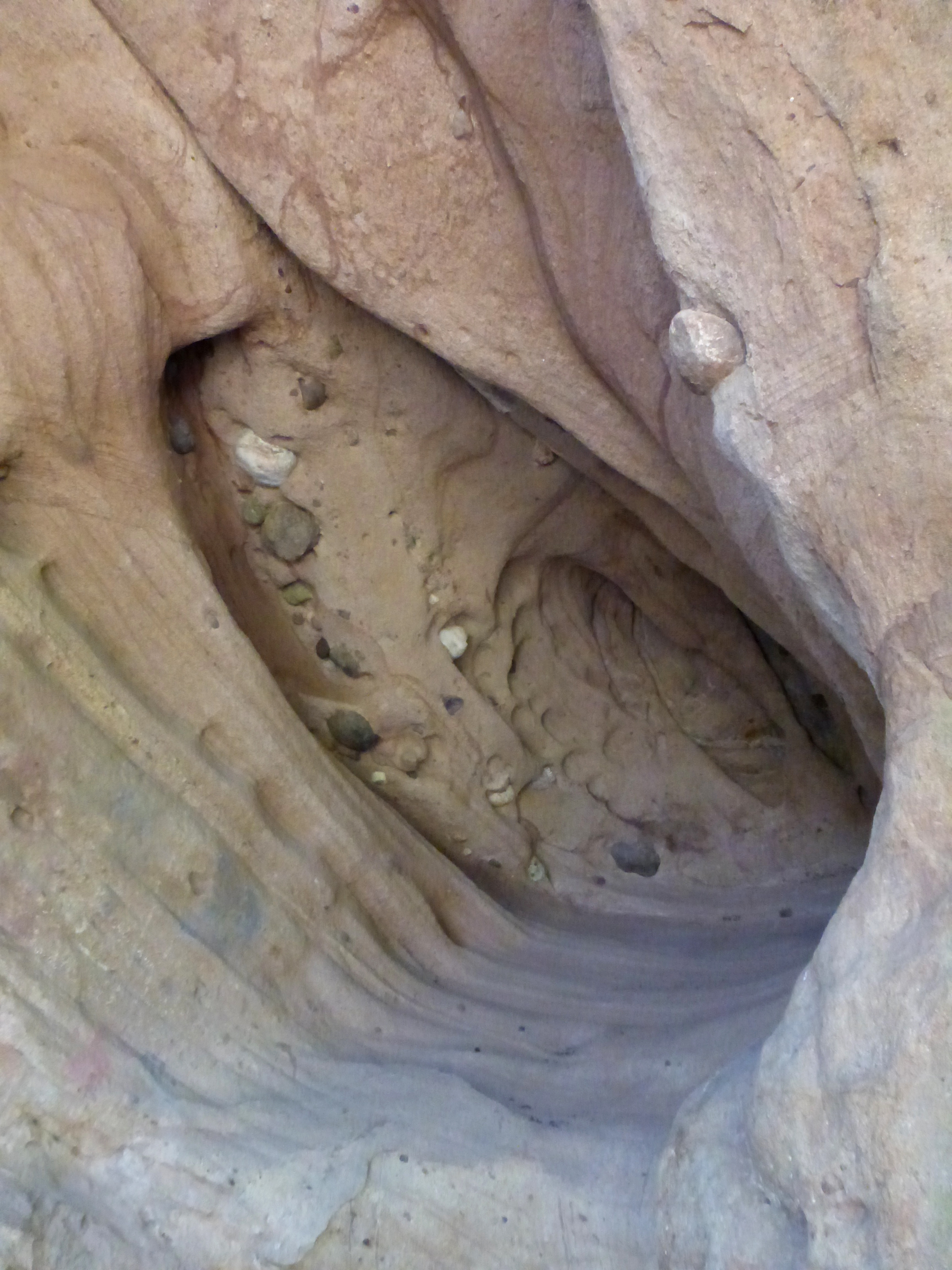 In popular culture, time machines turn up disguised as police call boxes, sports cars, pocket watches and pendants, but in the Santa Monica Mountains you don’t need a DeLorean or a TARDIS to travel into the past; every trip along a canyon road is a journey through time.

California State University Northridge (CSUN) geology professor and Topanga Canyon resident Vicki Pedrone is a great guide for a time-traveling adventure. She offered an introduction to the geology of the Santa Monica Mountains at a recent talk at the Mountain Mermaid, hosted by the Mermaid’s proprietor, Bill Buerge.

Pedrone explained that a trip through Topanga Canyon starts with “recent” sediments—only around a million years old—along the beach, before the S-curves transport the traveler 40-80 million years back in time in a sort of geologic rollercoaster.

According to Pedrone, the entire 50-mile-long range that stretches from Oxnard to Griffith Park is a jumbled patchwork of sedimentary and volcanic rocks shaped by the awe-inspiring but slow-motion power of two continental plates.

“What we are standing on wasn’t here,” Pedrone said. “The rocks under our feet were deposited off the ancestral Santa Ana Mountains.”

Pedrone explained that the mountain range was created by the boundary between the  Pacific Plate, which is moving northwest, and the North American Plate, which is traveling southwest. The boundary between the plates isn’t straight. As it’s moved inland over millions of years to form the San Andreas Fault, it’s snagged, creating the “Big Bend” that gives California its distinctive shape.

“Everything has been uplifted, folded and compressed. It’s all scrumpled together,” Pedrone said.

The Santa Monica Mountain range is young, just four million years old, but many of the rocks it is formed from are much older. The forces that created the range have pushed ancient seafloor to the top of mountains and exposed long-dead volcanos.

Throughout Topanga Canyon, marine sediments known as the Topanga Formation dominate, along with the sections of sedimentary rocks formed by ancient rivers, including the Sespe Formation, and intrusions of igneous rock known as Conejo Volcanics.’

“The Topanga Formation was a beach,” Pedrone said. “The kind of beach where waves disturb the sand. Sandstone was formed where the sand settled.”

The Topanga Formation dates to the Miocene Era, around 20 million years ago, and often contains marine fossils. “We see scallops, turretella, clams, giant barnacles and very large oysters,” Pedrone said.  “It can be hard to find a whole shell because of the wave action. One would be a meal, but I’d rather have the pearl,” she joked.

Topanga Formation sandstone occurs throughout the local mountains. It’s visible along the road cuts at the valley side of Topanga Canyon and along Old Topanga Canyon Road, but it can also be found as far away as the Simi Hills. Pedrone described it as “light brown to orange, thick-bedded and cliff forming.”

The Sespe Formation is also common in the Santa Monica Mountains. It’s older than the Topanga Formation and formed from terrestrial sediment deposited by fast-moving mountain rivers. Pedrone described it as “pink and pebbly,” with cobblestone lenses. Like the Topanga Formation, Sespe rock forms thick, resistant beds that create cliffs and outcroppings. Eagle Rock in Topanga State Park is an example, so are the distinctive formations that give Red Rock Canyon its name.

“Sespe was the result of strong, swift rivers close to highlands,” Pedrone said. However, the “ancestral mountains” that generated the material for the formation no longer exist. “They eroded away,” Pedrone explained. The Sespe and Topanga formations form many of the most dramatic outcroppings in the mountains, including the Topanga Anticline that dominates the Eastern side of the range.

Volcanic activity is responsible for some of the major features of the Santa Monica Mountains. Named the Conejo Volcanics, this formation dates to around 13 million years ago, and forms the range’s backbone.

“At 3,111 feet, Sandstone Peak is the highest point in the Santa Monica Mountains,” Pedrone said. “But it’s not sandstone, it’s volcanic andesite.”

She pointed out another ancient volcano hiding in plain sight. “Ladyface Mountain is a volcano remnant,” she said.

Marine shales are also prevalent in the mountains. Pedrone said that this sedimentary rock, formed in deeper water where silt and fine particles settled to the ocean floor, is often responsible for landslide activity. However, the formations are rarely visible.  “Shale doesn’t show. It erodes.” Pedrone said. “It ends up covered in chaparral.”

Eventually, the Santa Monicas will wear away like the ancestral mountains that preceded them, but for now, they continue to slowly grow as the Malibu Coast Fault, an offshoot of the San Andreas Fault, moves this section of the Pacific Plate towards the west.

“The Malibu Coast Fault is still pushing up; it’s less than a couple of millimeters a year, but the mountains are still rising,” Pedrone said.