Artists and longtime friends Kit Plumridge and Alon Goldsmith came together for the coast-themed show at the Santa Monica Mountains Visitor Center through synchronicity. Photo by Suzanne Guldimann. 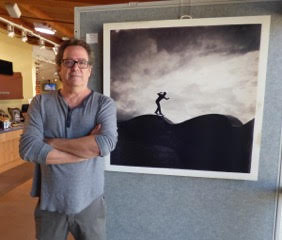 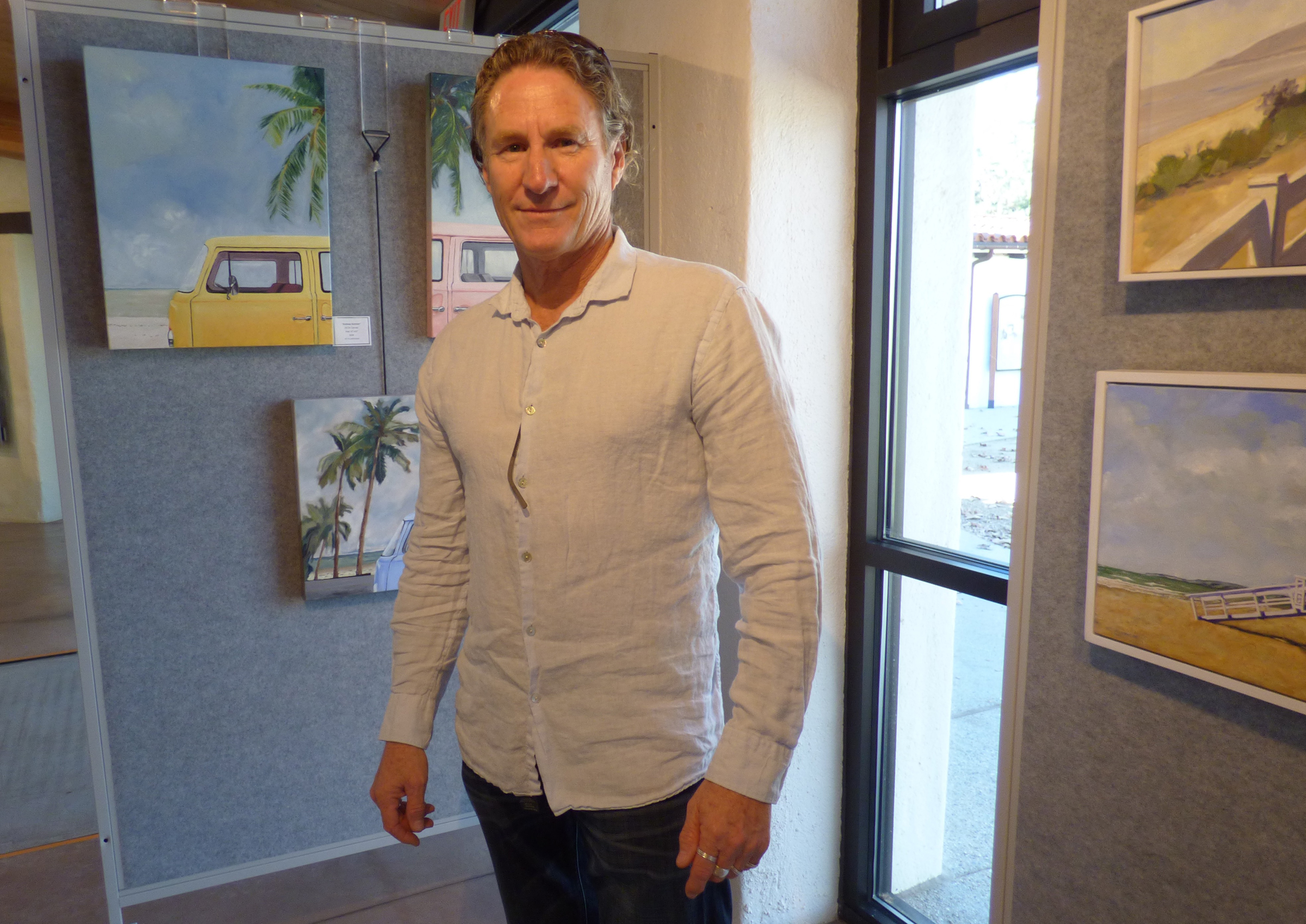 The two artists’ work was on display at the Santa Monica Mountains National Recreation Area (SMMNRA) Visitor Center at King Gillette Ranch. The duo are longtime friends, but the show came together through pure synchronicity.

Sophia Wong, the Western National Park Association events manager for the Visitor Center, didn’t know that the two artists were friends when she contacted them. Wong was simply impressed with their work and thought the two perspectives on beach culture would create a dynamic exhibit.

“It was entirely coincidental,” Plumridge told the Messenger. “We were both showing as part of the Topanga Studio Tour. Sophia asked us individually if we would like to do a show. We’re both from South Africa originally. We’ve known each other for 30, 40 years. I love having this opportunity to work with Alon.”

Although the work of the two artists shares a beach culture theme, Plumridge paints in oils, either in the studio using a slow drying medium to extend the time he can work on the canvas, or plein air on location. His works are often playful, but also contemplative, inviting the viewer to share the mood of the scene, often pale blue skies with the marine layer beginning to creep in from the background, and the odd angles and the bright colors of the Venice Beach lifeguard towers.

Goldsmith takes his photos on the move, capturing moments: a lightning-quick skateboarder, an airliner caught hovering in the palm trees at takeoff from LAX. He prints his photos on aluminum, giving them the same vibe as the signs and street art that inspire him.

Fascinated by the camera in his first iPhone, Goldsmith began experimenting on his ride to work through Venice, using the app, Hipstamatic, to extend the phone’s range. “I like getting on my bike and going,” he said.

Instead of an art opening, the duo celebrated the closing of the exhibit because the government shutdown closed the Center and delayed the official launch. The show closes after the Messenger goes to press but look for both artists’ work at the 2018 Topanga Studio Tour.

For more information on Alon Goldsmith: www.alongoldsmith. com. Plumridge’s art can be viewed at www.kitplumridge.com.