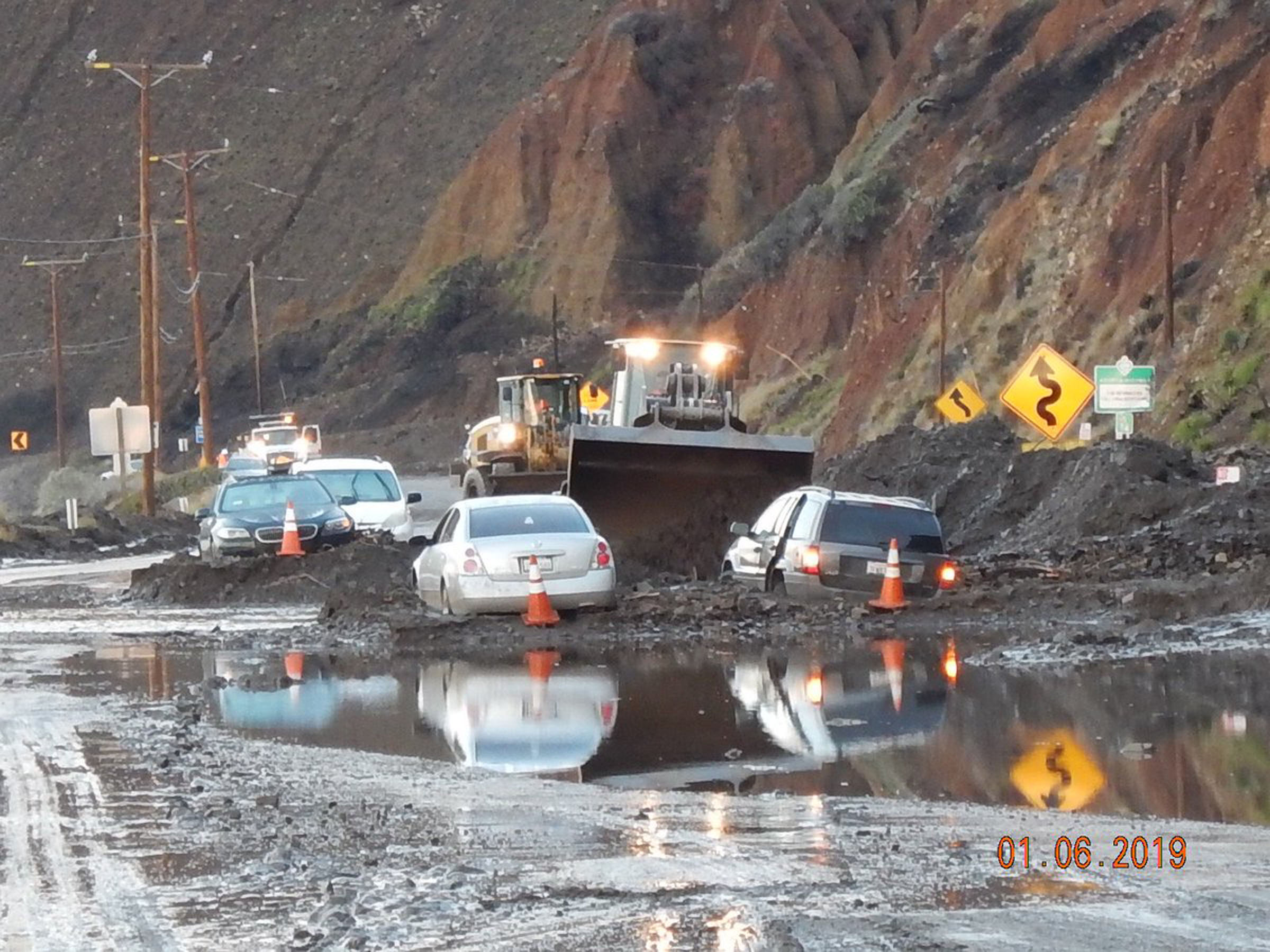 Caltrans crews work through the night to clear mud and free trapped cars on Pacific Coast Highway near County Line, where debris flows from the Woolsey Fire burn scar flooded a 40-foot-wide section of the road with mud and rocks. Photo credit Caltrans District 7 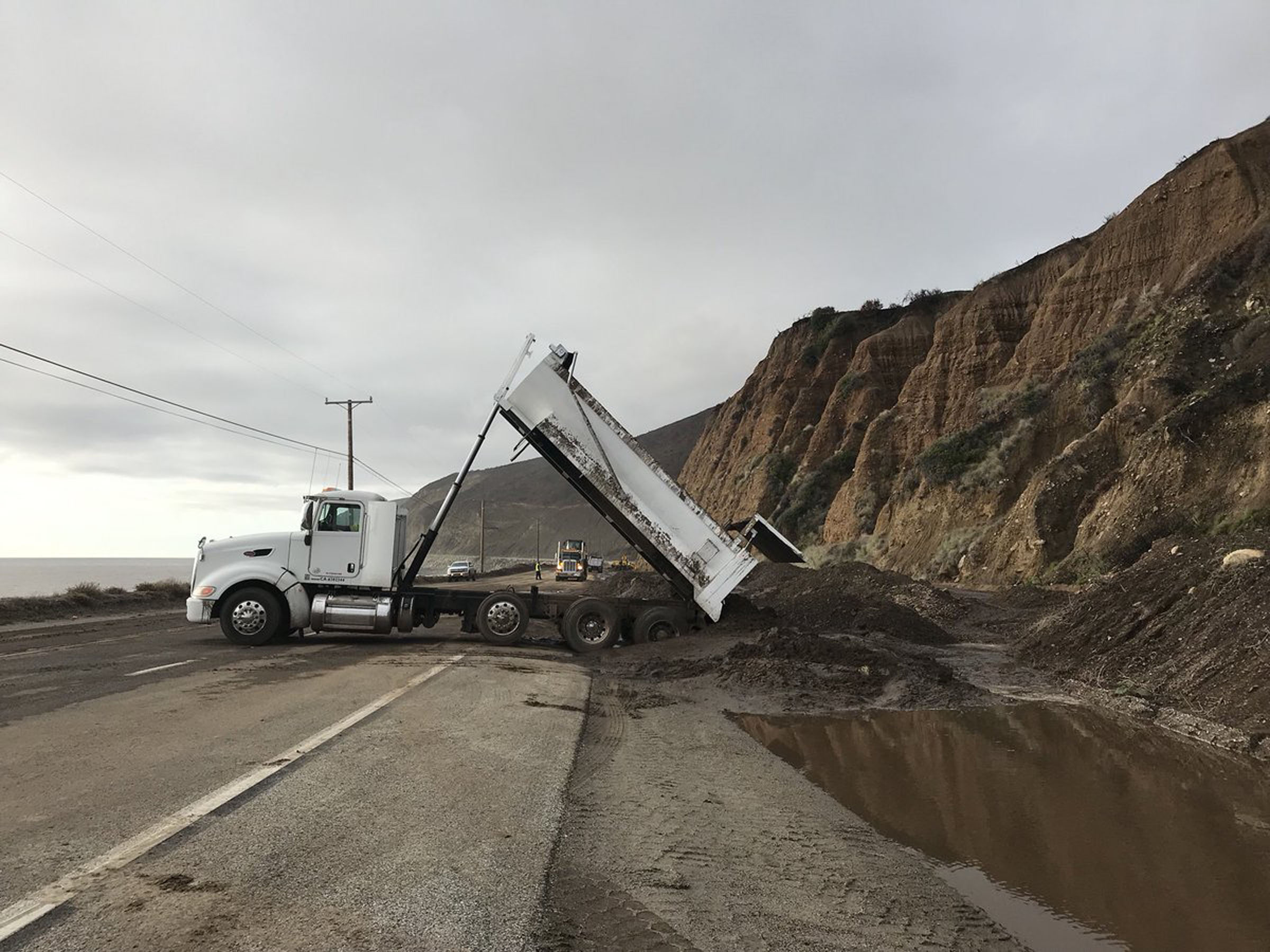 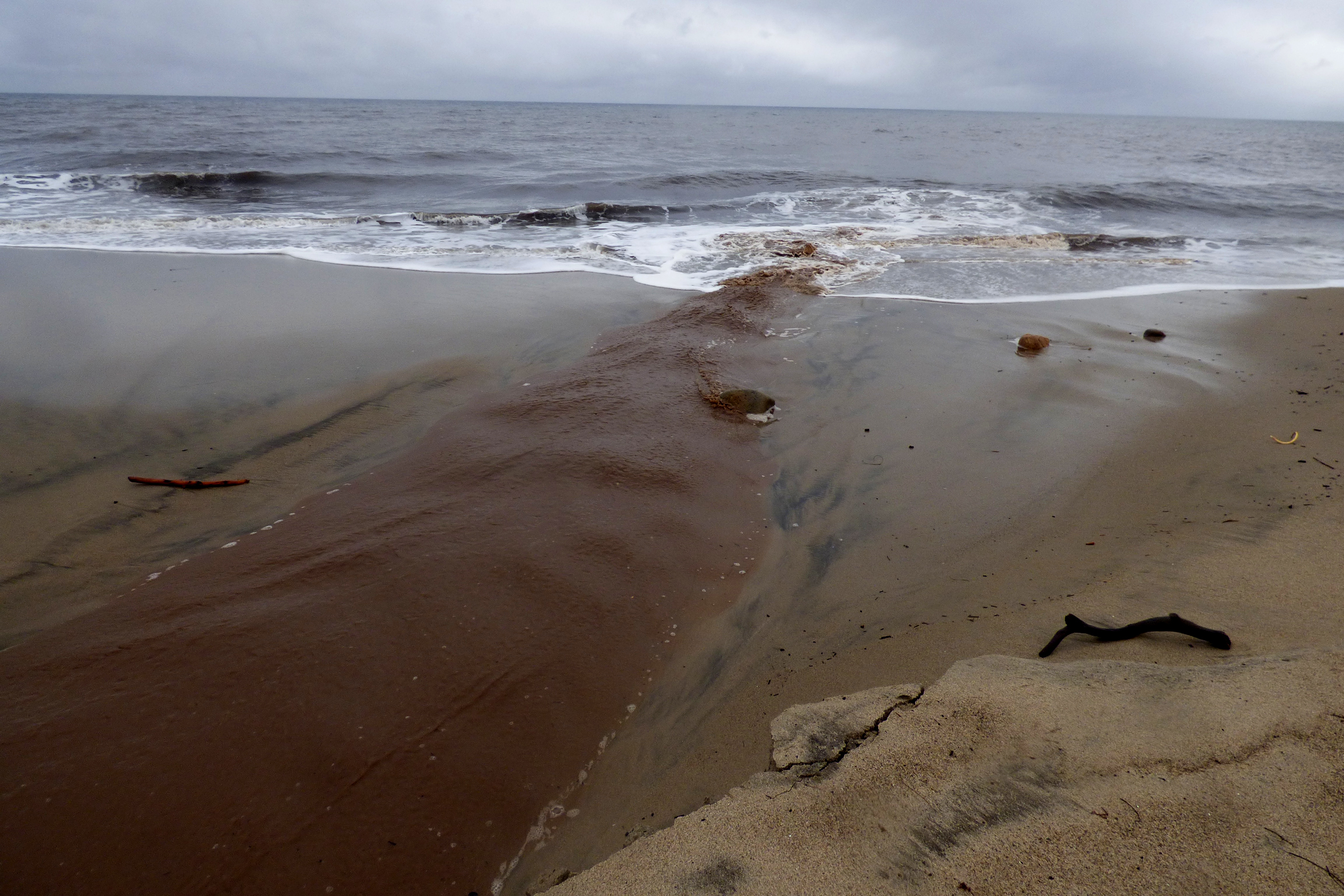 The first rains following the Woolsey Fire brought a flood of tree branches, telephone poles, barbed wire, fence posts, and other debris. The most recent storm was gentler, but it washed ash and silt into the ocean from the burn scar. At Corral, a flood of chocolatecolored mud turned the surf brown. Photo by Suzanne Guldimann 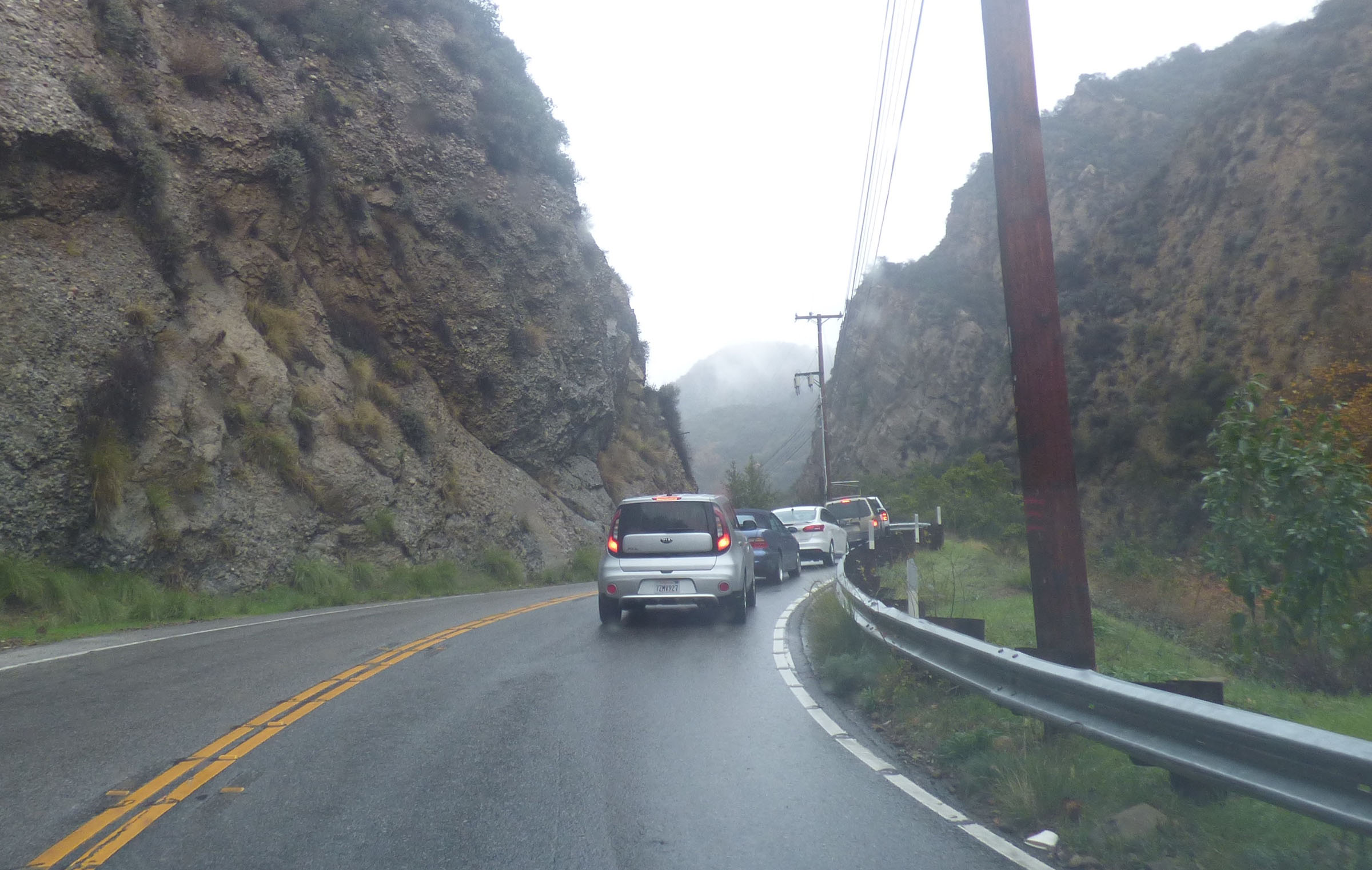 Rain slowed traffic on Topanga Canyon Blvd., where Caltrans plows were out clearing small rock falls, but no major issues were reported during the New Year’s first round of rain. Photo by Suzanne Guldimann

A series of winter storms continues to bring rain to the Santa Monica Mountains. Mudflows and rockslides have been a problem in parts of the Woolsey Fire burn area, but Topanga has so far been spared anything worse than a few small rocks in the road, despite concerns over the 55-acre burn scar from the 2017 fire above Topanga Canyon Blvd.

A fast-moving flood of mud and rocks near County Line in Malibu on the night of January 6 trapped several motorists in their vehicles, but no injuries were reported. Pacific Coast Highway was closed in both directions from Broad Beach Road in Malibu all the way to Las Posas Road in Ventura County while emergency crews worked to clear the 40-foot-wide debris flow and free the mired vehicles.

Caltrans plows have been on round-the-clock duty on Topanga Canyon Blvd., clearing fallen rocks and mud. With rain likely all week, residents are asked to slow down, make sure to use headlights, and watch for rocks in the road. Anyone planning to travel on a road impacted by the wildfire should check traffic conditions first to make sure their route is open.

A large westerly swell that is expected to arrive along with the series of storms is raising concerns because it will coincided with winter high tides, increasing the potential to damage coastal property.

Surfers may rejoice at the prospect of big surf, but many popular beaks in the Malibu area continue to be affected by runoff from the wildfire burn scar, adding hazards like tree branches, barbed wire, silt and ash to the surf zone, in addition to the usual rainy season water contaminants like bacteria.

Topanga, unaffected by the Woolsey Fire, but still impacted by contaminated runoff, received an A grade before the most recent rain storm, and an F grade for water quality during the rain.

Los Angeles County has declared an ocean water quality rain advisory for the duration of the current storm event.  Beach users are cautioned to avoid water contact for at least 72 hours following significant rainfall and to stay away from storm drain and creek outflows, where contaminants are concentrated. The advisory may be extended depending upon further rainfall.

Sign up for Los Angeles County emergency alerts at https://www.lacounty.gov/emergency/alert-la/, check for storm-related traffic at www.sigalert.com, or for text messages at nixle.com, keep an eye on ocean water quality at www.healthebay.org, and for in depth weather coverage and discussion, including marine conditions, visit the National Weather Service’s website https://forecast.weather.gov