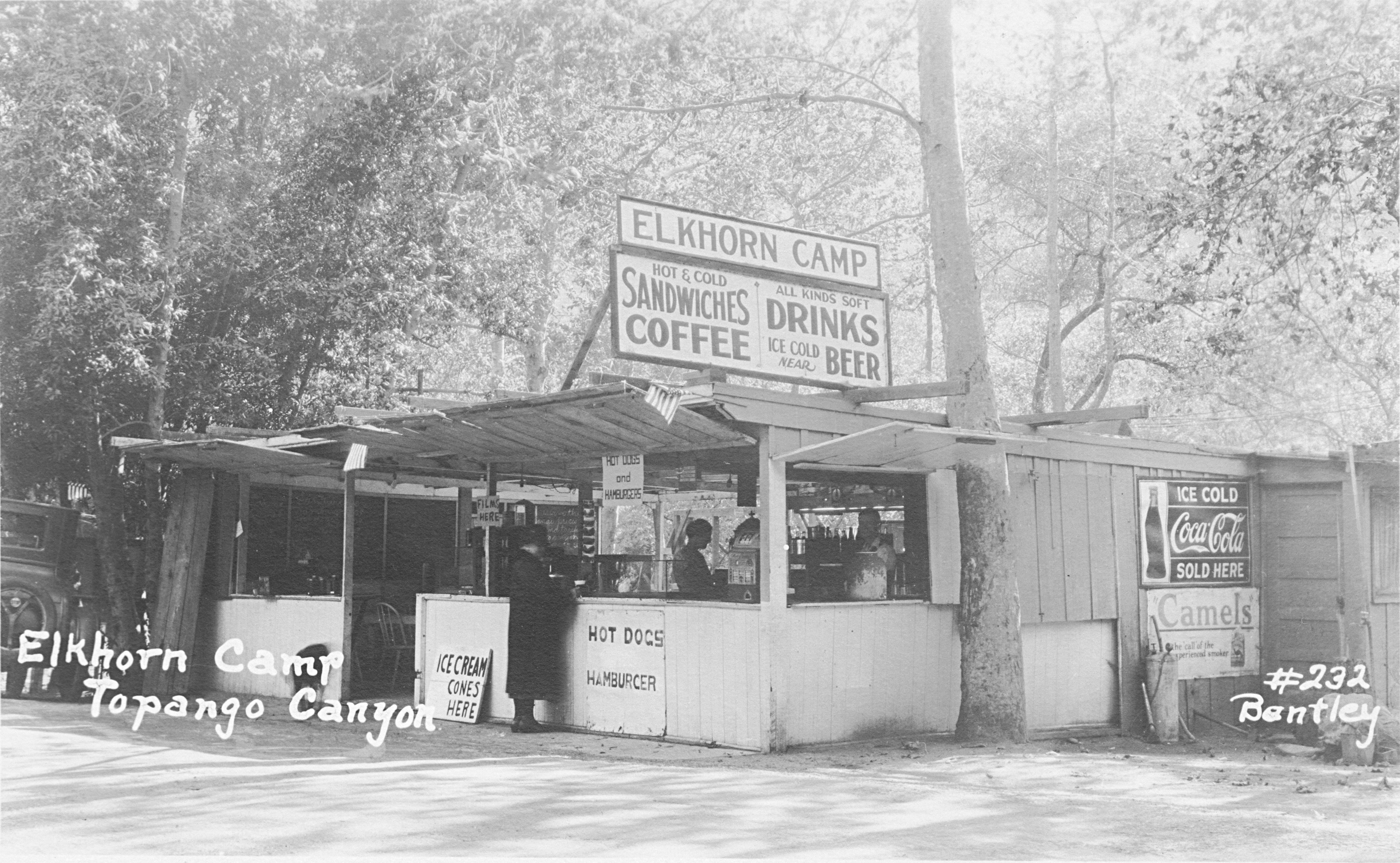 Alice "Allie" Schafer, 16, worked at Elkhorn Camp, one of the earliest resorts in Topanga in the summer of 1923. It was built along the creek about a mile north of the beach. Photo courtesy Acker Archives 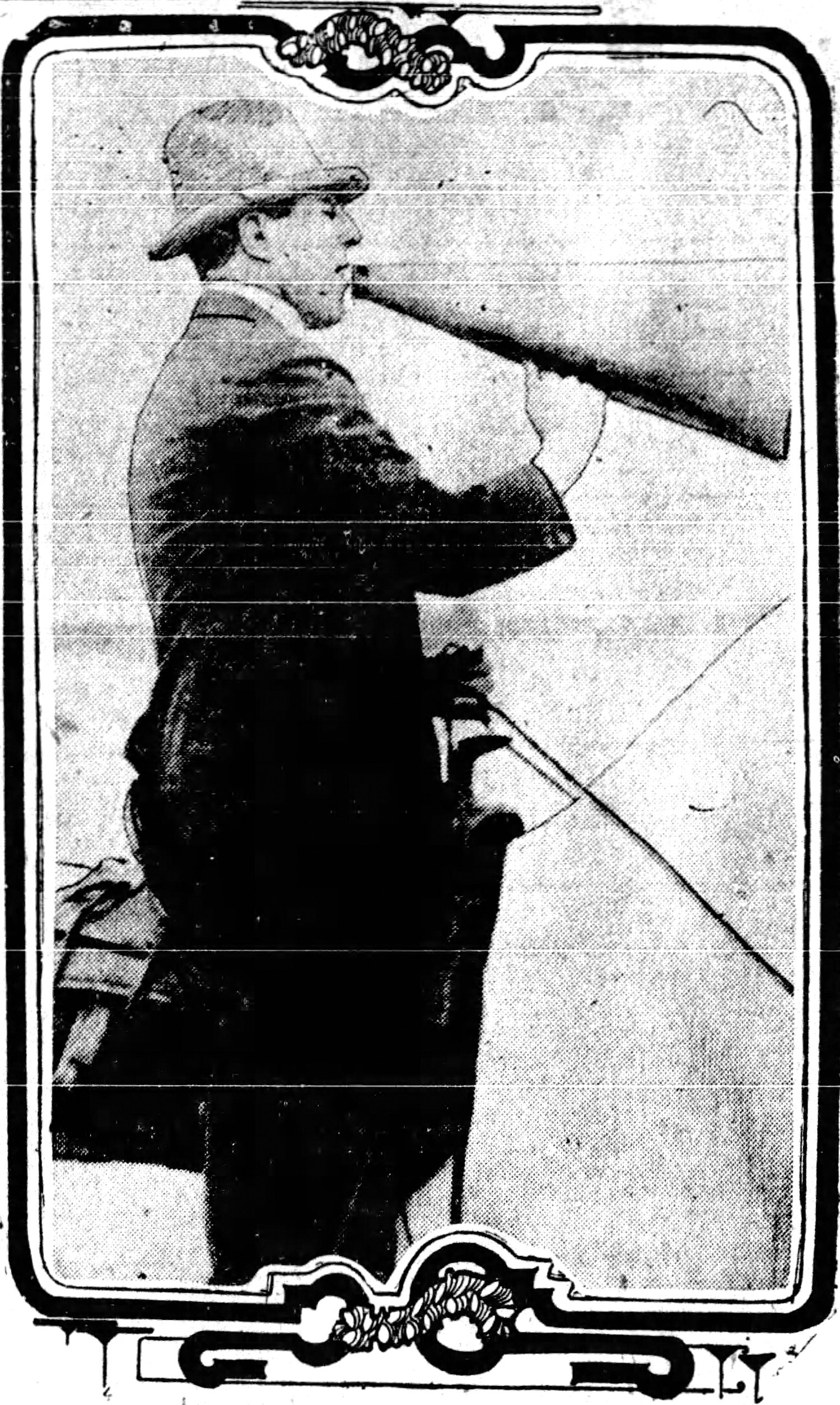 Before the chain gang camp imposed its restrictions, Topanga Beach had also been the setting for early movies, most notably by D.W. Griffith, who directed through a megaphone from the saddle of a cream-colored horse. (Los Angeles Times, 1911) 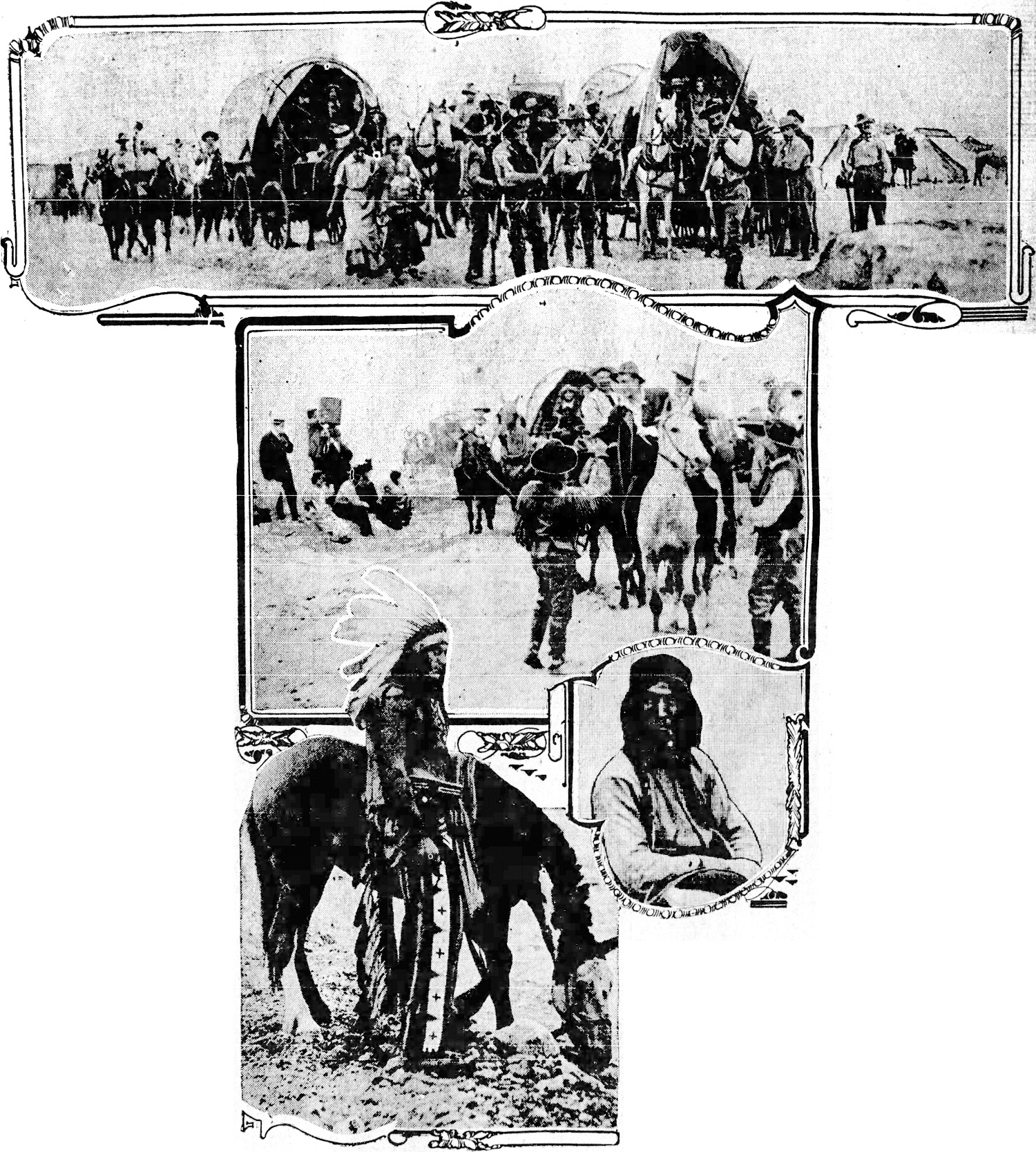 Griffith used 200 cowboys from nearby ranches, 50 women and children, 120 horses, and 11 prairie schooners for his 15-minute, single-reel film, Crossing the American Prairies in the Early Fifties. One reporter observed, “The camp of the players resembles that of a large circus. There are two big tents of perhaps 500 capacity…, about twenty smaller tents and a commissary...that rivals a downtown hotel in its completeness.

One reporter observed, “The camp of the players resembles that of a large circus. There are two big tents of perhaps 500 capacity…, about twenty smaller tents and a commissary...that rivals a downtown hotel in its completeness.”(Los Angeles Times, 1911)

Topanga Beach was also the setting for early movies, most notably a 15-minute, single-reel film, Crossing the American Prairies in the Early Fifties, that was directed through a megaphone by D. W. Griffith from the saddle of a cream-colored horse.

During the same years that the chain gang had its permanent camp at Topanga Beach, 1913-1916, a silent movie studio called Inceville was operating at Sunset and PCH. Its founder, Thomas Ince, known as the “Father of the Western,” ensured the authenticity of his films by employing 300 cowboys and a whole Sioux tribe (200 men, women, and children, who lived on the grounds in tepees).

The Topanga beach party atmosphere of earlier days now shifted here, as people came to see the movie stars and spectacle—especially in May, when Inceville’s annual Wild West Rodeo and Barbecue drew thousands.

Before the chain gang camp imposed its restrictions, Topanga Beach had also been the setting for early movies. The most notable one was Crossing the American Prairies in the Early Fifties by D. W. Griffith (1875-1948), a single-reel film, about 15 minutes long, produced by the American Biograph Company in 1911. In the film, Native Americans attack a wagon train at night, capturing some of the pioneers and slaughtering the rest. The survivors escape burning at the stake and other terrors before finally reaching California, while the dead are cruelly buried by the shifting sands. Griffith directed the film through a megaphone from the saddle of a cream-colored horse. He used 200 cowboys from nearby ranches, 50 women and children, 120 horses, and 11 prairie schooners. A reporter observed…

“On approach the camp of the players resembles that of a large circus. There are two big tents of perhaps 500 capacity, and about twenty smaller tents. There is a commissary department, which rivals a downtown hotel in its completeness, for it must be remembered that these moving picture folks are high-priced artists, and accustomed from years of travel to the best that the lands afford.” (Making the World’s Greatest Film Here, May 15, 1911, Los Angeles Times)

The most difficult part of the filming was saved for last, when the partially buried actors had to play dead as dirt blew into their eyes, mouth, ears, and hair.

“There were heard smothered oaths from the dead people that no wild cowboy had ever excelled,” remembered Griffith’s wife, Linda Arvidson. Many of the actors threatened to quit, even though it was the last day. The women were particularly unhappy because they had to wear grungy men’s clothes to make the battlefield appear larger. Their dreams of appearing on film were quickly replaced with a fear of being recognized in the unflattering role. A young woman named Myrtle Dennison of Caney, Kansas was cast as a lead, prompting her local newspaper to gush that she had “attained quite an achievement in the world of art.” Veteran actors, Dell Henderson and W. Chrystie Miller, were also in the cast.

After the final scene, everyone rushed home for a thorough scrubbing and shampoo. Then bad news came. There was static in the film. Griffith demanded a reshoot, and the actors had to rush back to lie in the dirt again. Sadly, the extra effort was wasted because the film is listed online as unreleased without explanation…even though I found one theater in Salt Lake City, UT, that advertised it in July 1911.

Revelry returned to Topanga Beach in 1916, after the roadwork was completed, the chain gang moved away, and the first of many fires began to destroy Inceville.

One of the earliest resorts in Topanga was Elkhorn Camp, built along the creek about a mile from the beach, just far enough away from the chain gang camp. Little is known about this resort, but it must have appeared after the Topanga road was reopened in 1915. It had seven cabins, a cafe, and an open-air dance hall. Two floods destroyed it, one in 1916, and one in 1938, after which it was not rebuilt.

Deputy sheriff Edward M. Williams (1876-1940) is the next person known to have lived on the Topanga Point after W. W. Coolbaugh’s house was burned down there five years before…possibly by Williams. The Title Insurance and Trust Company assigned Williams to guard their controversial acquisition, but he also helped chase down escapees in the hills on horseback during the last months of the chain gang camp.

One escapee who eluded Williams was Vera Gonzales, a young man who had failed to support his wife and children. Gonzales’s escape was so flawless that no one could even understand how he broke out of the cage.

Despite his policing, Williams was the first in a series of deputy sheriffs that helped make Topanga Beach fun again. He kicked off the summer of 1916 with a barbecue that was celebrated “into the wee sma’ hours of the night” beside huge pits dug near the lagoon. On the guest list were…

At the end of the summer, Williams hosted a venison barbecue. This was an annual tradition started by Columbus Cheney (1851-1937) to celebrate the opening of deer season in Topanga. George Cheney (1895-1975), his 21-year-old son, moved the barbecue to Williams’ house to make it more accessible to guests coming from Santa Monica and Malibu.

Along with the relaxing of restrictions, came more opportunities for abuses and criminal behavior.

Just like his predecessor, Williams diverted himself by digging up Native American artifacts. Skeletons, tomahawks, and pottery were some of the discoveries he made and sent to the Los Angeles Museum (fortunately… but where are they now?). Another discovery was a rusty harpoon, bearing the name “Lee” and “1861,” embedded in a beached swordfish. The significance of the old harpoon is unclear since swordfish only live about 10 years. Symbolically, it seems more significant that the dead swordfish appeared shortly after the Chumash graves had been dug up again. The Chumash believed that all creatures in the ocean had their counterparts on land: lobsters were potato bugs, sardines were lizards, and swordfish were humans.

In February 1917, Motorcycle Officer T. J. P. Shannon reported a large smugglers’ boat using a red lantern to communicate with a car at Topanga Beach. Both the boat and car vanished before they could be investigated, but authorities were “confident that the ship landed no Chinese or opium or other smuggled goods.” Chinese immigrants were smuggled in for cheap labor during this time.

In April 1918, a robbery was committed at the Last Chance store and home of the Hall family on the coast road near the mouth of the canyon. William Hall returned to find his store broken into after dropping off his children at school in Santa Monica. Missing were two gold necklaces, two diamond rings, and a turquoise ring. The store was also looted of simpler luxuries like fruit, candy, and chewing gum, leading Hall to guess that children were responsible. Whoever the robbers were, Hall himself may have been a shadier character. In 1912, a bartender named William Hall fired a dozen times with a shotgun to stop three bank robbers from escaping in Newport Beach. The bank robbers escaped anyway, but a fisherman was hit and had to be saved by surgery. In 1916, a bartender named William Hall was working at the Gilman Saloon on 2nd Street in Santa Monica when it was raided for gambling. Hall claimed ignorance, but police saw him run to the back room to stop a crap game as they entered.

The US joined World War I in April 1917, sparking outbursts of patriotism. During the first week, more than 100 men enlisted in the Santa Monica Home Guard, including deputy sheriff Edward M. Williams, who enlisted as a mounted scout and offered to bring his own horse. Williams also made his Topanga Beach house the headquarters for the Malibu Precinct to register for the draft.

A memorable wartime beach party was hosted in May 1918 by a young couple named Walter B. Dorrer and Ruth Larson. Japanese lanterns were strung along the beach, carpets were spread on the sand, and 40 guests danced to the music of a record player. Suddenly the couple changed into wedding clothes and a surprise ceremony began. The guests were shocked because the couple hadn’t even announced their engagement. The press dubbed the trick a “camouflage wedding.” It wasn’t a legal wedding because Dorrer had to leave quickly for the army, but the couple still wanted to exchange vows. Their pretend preacher extracted a “promise of no camouflage affairs for either young person” while they were apart.